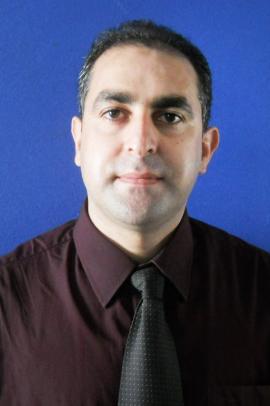 Dr. Hanaysha graduated from Arab American University in 2008 with a Bachelor's Degree in Marketing from the Faculty of Administrative and Financial Sciences.

He received his master's degree in management science from the University of North Malaysia and graduated with a honors in 2011. After graduating, he received a scholarship from the same university to complete his studies and obtain a doctorate in business administration and graduate in 2015. His thesis was about "The impact of strategic elements and the role of quality relations as an intermediary to build a strong brand in the automotive sector". During his studies, he worked as a teacher assistant at the University of Northern Malaysia for 3 years, he participated in many training courses related to his field. Dr. Jalal published 55 research articles in several refereed scientific journals. He received more than 40,000 readings, and international and local Scientific conferences.

He has received many awards, most notably winning 3 times the Best Paper Award presented at several local and international conferences (more than 10 conferences). As he received the award twice in 2012 and 2014 the reward was for the most effective student visiting the library of the University of Northern Malaysia.

After graduating from his doctorate, he immediately got a job at DRB-HICOM University, joined the academic team and continued his teaching career, and published many scientific papers.

During his job at the University he was the Head of Business Administration and Tourism at the Facaulty of Business Administration for one year. He was then appointed Vice Dean of Graduate Studies and supervised many students in doctoral programs, Master's, Bachelor's and Diploma degrees in their research projects, and gave several training courses on how research projects work, including the mechanism of data collection, data analysis and documentation.

He recently returned to Palestine to settled there and works in Palestinian universities to provide his experience and skills to the people of his country, which he acquired from Malaysia.

I would like to extend my sincere thanks to all those who contributed to my support and enhanced me to complete my educational career. With Gods Will and the Love of my parents I was able to achieve my path and goals as long as the will exists. I still hope for more success and I wish God for his help and success.