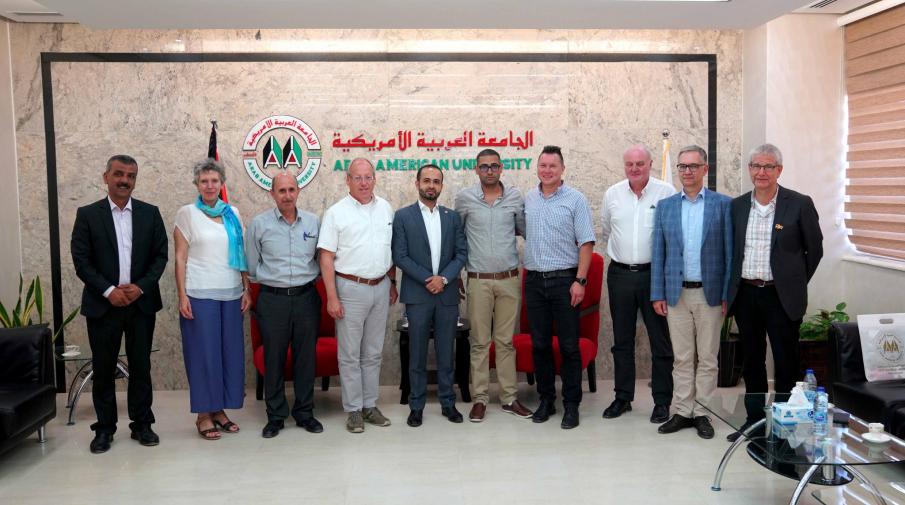 During the visit, Eng. Asfour gave a briefing about the university its objectives, vision and philosophy. Along with the academic programs in doctoral, master and bachelor degrees. As he mentioned the university's scientific and academic partnerships with many American and European universities, which aim to exchange experiences, and to offer joint academic programs that meet the Palestinian market, and the global market with the latest scientific and technological developments.

Eng. Asfour added that the university aims to expand its network and further communicate with German universities, and welcomes the idea of cooperation with Bielefeld University within the fields of exchanging experiences, academic and student exchanges, and conducting joint scientific research.

The Mayor of Belfield – Germany Mr. Pete Klausen expressed his admiration of the university and its academic development, pointing out the importance of opening the horizons of cooperation between the two Universities, which would transfer knowledge and education, enhance communication between faculties and students, and exchange experiences.

The German delegation took a tour around the university and also visited clinical and nursing centers at the university, as the explored the medical techniques and equipment trained by the nursing students. They praised AAUP for its high academic standards and global facilities. 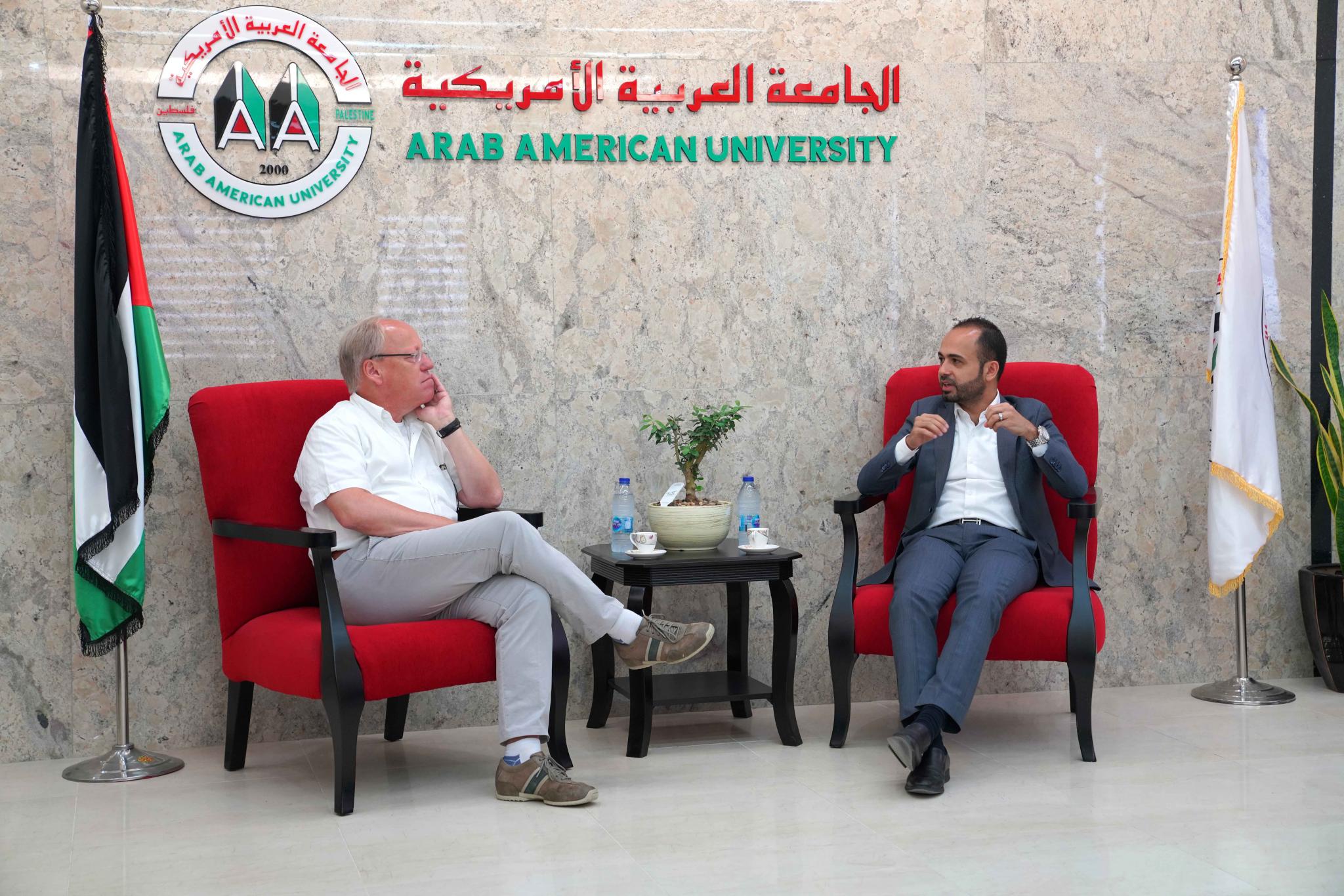 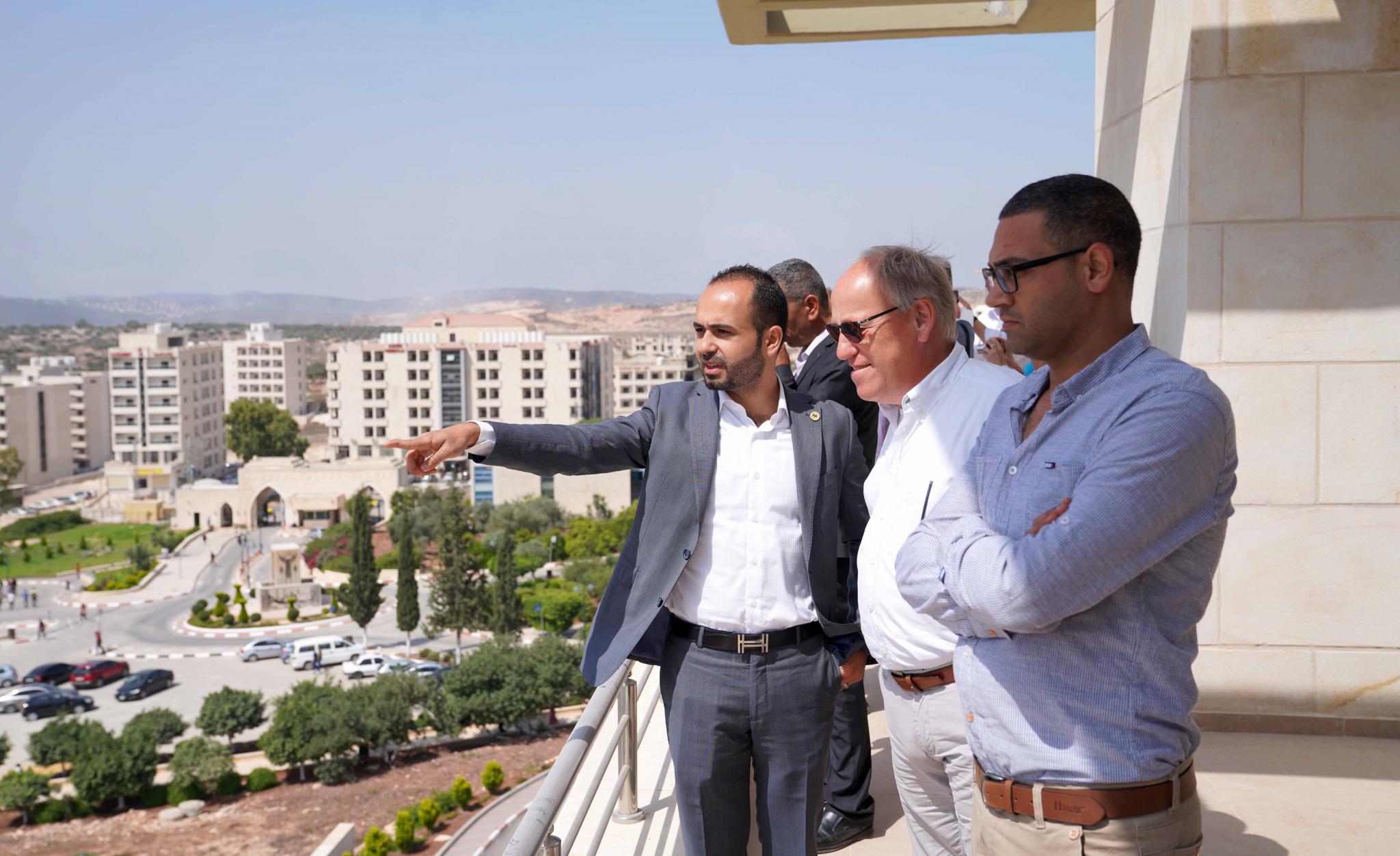