A delegation from the Palestinian Police visited Arab American University to discuss means of collaboration, consultation and coordination to put plans to secure the area of the university. 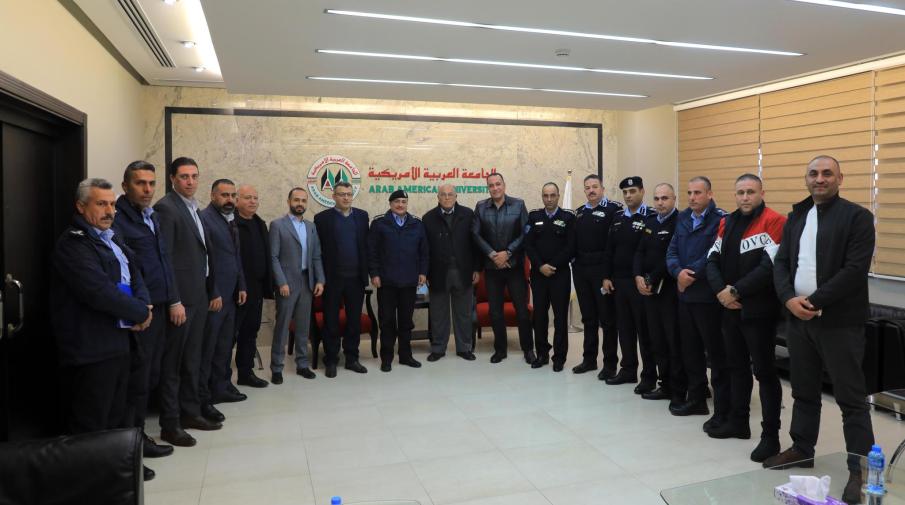 Part of the Police visit to AAUP

Prof. Ali Zeidan Abu Zuhri- the University President was in the reception of the delegation along with Dr. Moayad Abu Saa- the VP for Academic Affairs, Dr. Adli Saleh- the Advisor of the Board of Directors for Planning and Development, Eng. Bara Asfour- the Assistant to the President, Dr. Bashar Daraghmeh- the Dean of Student Affairs and Mr. Fadi Jumaa- the Public Relations Manager.

Prof. Abu Zuhri welcomed the delegation during the meeting and talked about the faculties of AAUP, its academic programs and future plans for development.

He explained: “AAUP will continue in the academic process, but it is really important to focus on the security collaboration in the campus area to impose law and discipline. We will continue working to protect the education, the properties and the students and employees of the university, and we want to reach stability in order to keep the education process working smoothly to graduate well-educated generations with a mission to build and develop”.

Prof. Abu Zuhri added: “We highly appreciate the role of the police in achieving safety and security, and we are all feeling accountable towards what is happening and towards the entrepreneurial, educational and economic role of AAUP. The local community has a great role in enhancing the culture of protecting the achievements of AAUP and what it has offered and still offering for Jenin governorate in specific and the West Bank in general aiming to continue its educational role”.

General Medhat Omari- the Assistant Director General of Police for Internal Security transferred the greetings of the Director General of Police, Major General Yousef Helo and then appreciated the role of AAUP as being a distinguish educational edifice in Palestine and the world and emphasized on the importance of coordination and collaboration with the university to enhance safety and security of AAUP. He ensured that those who do not follow or respect the law will be under accountability and that the police should protect the Palestinian people and the educational institutions. He added that there will be security plans and will be implemented in stages and will always seek to improve and find safety and security in the area and in the university. 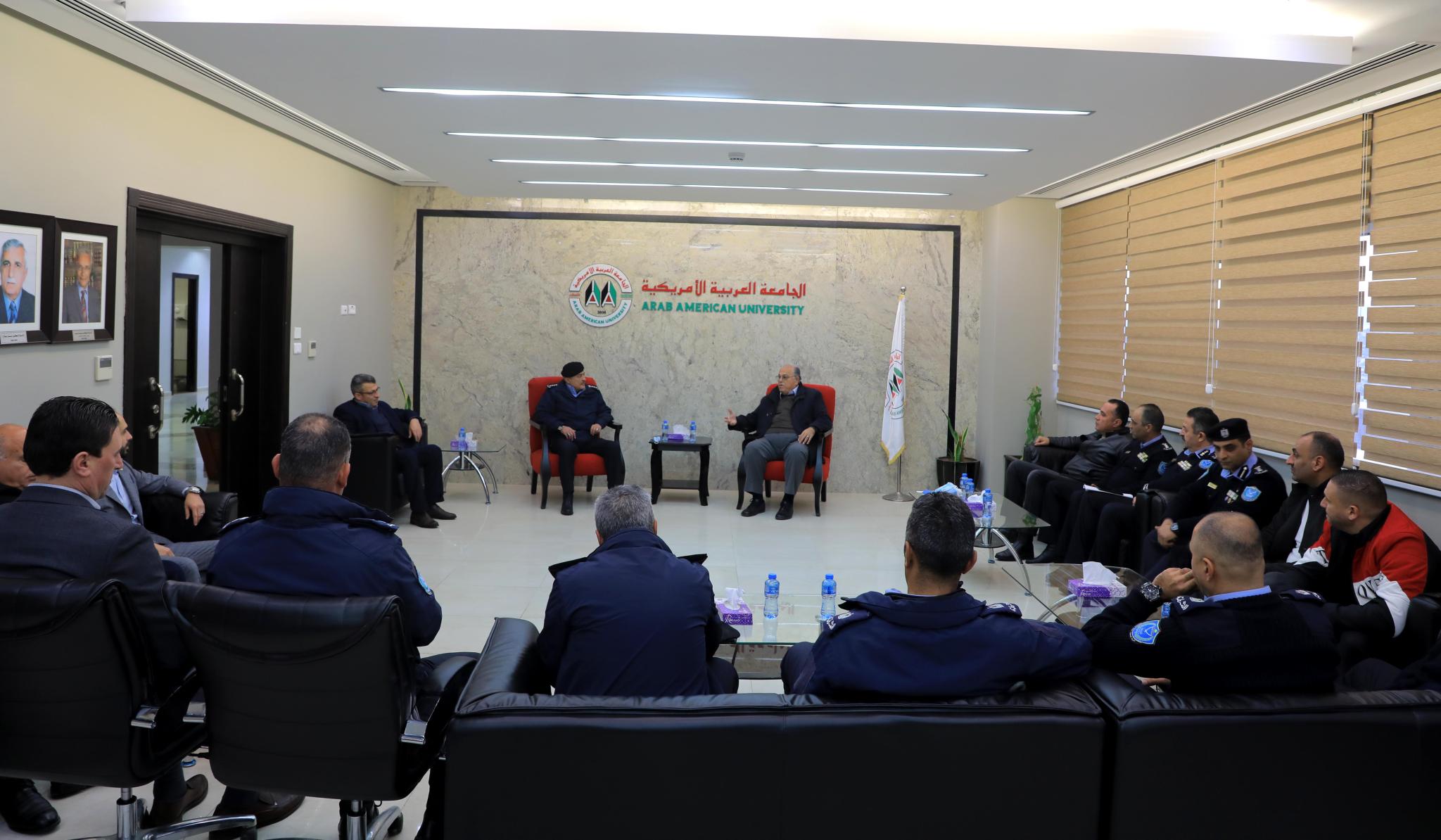 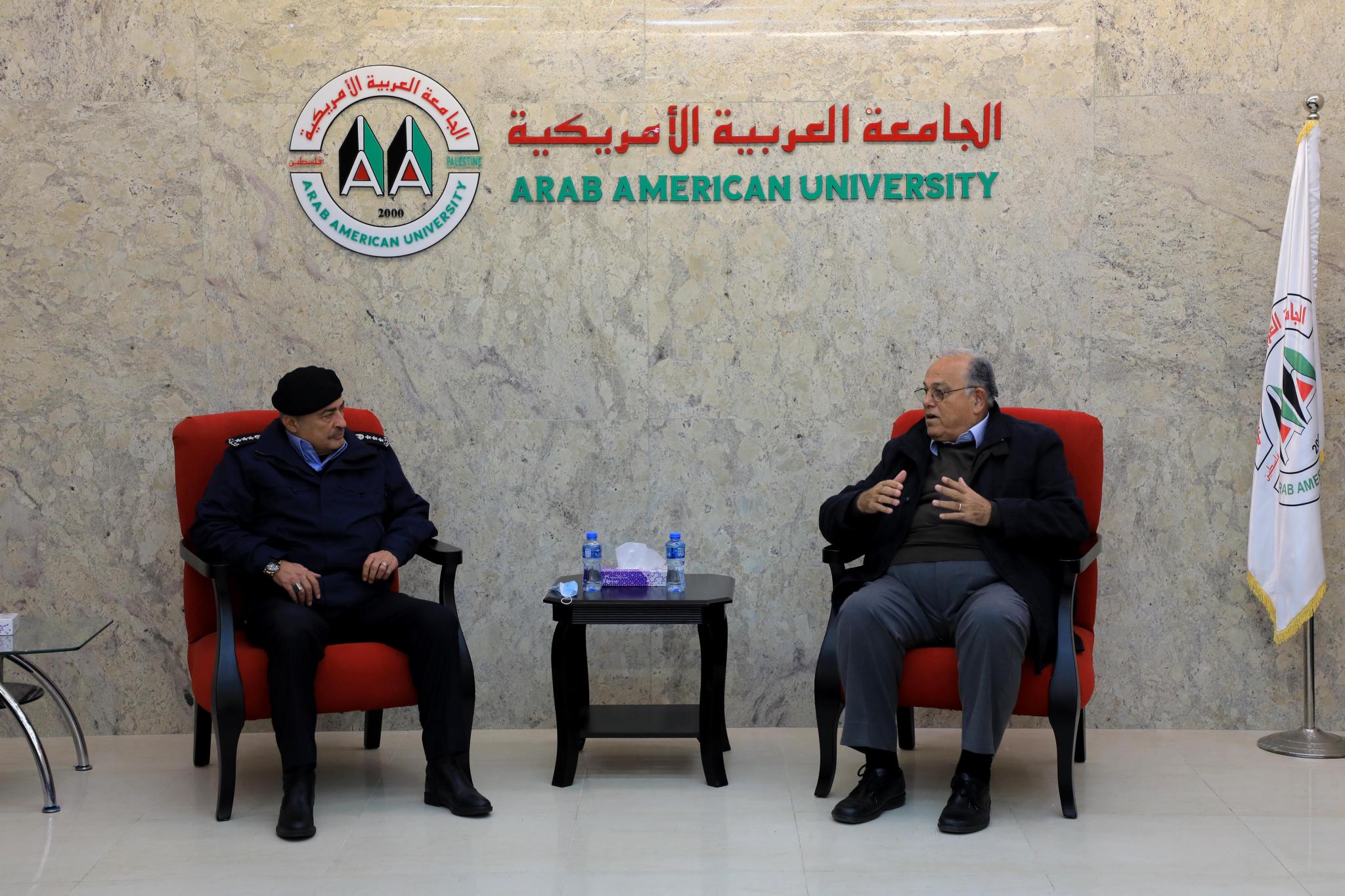 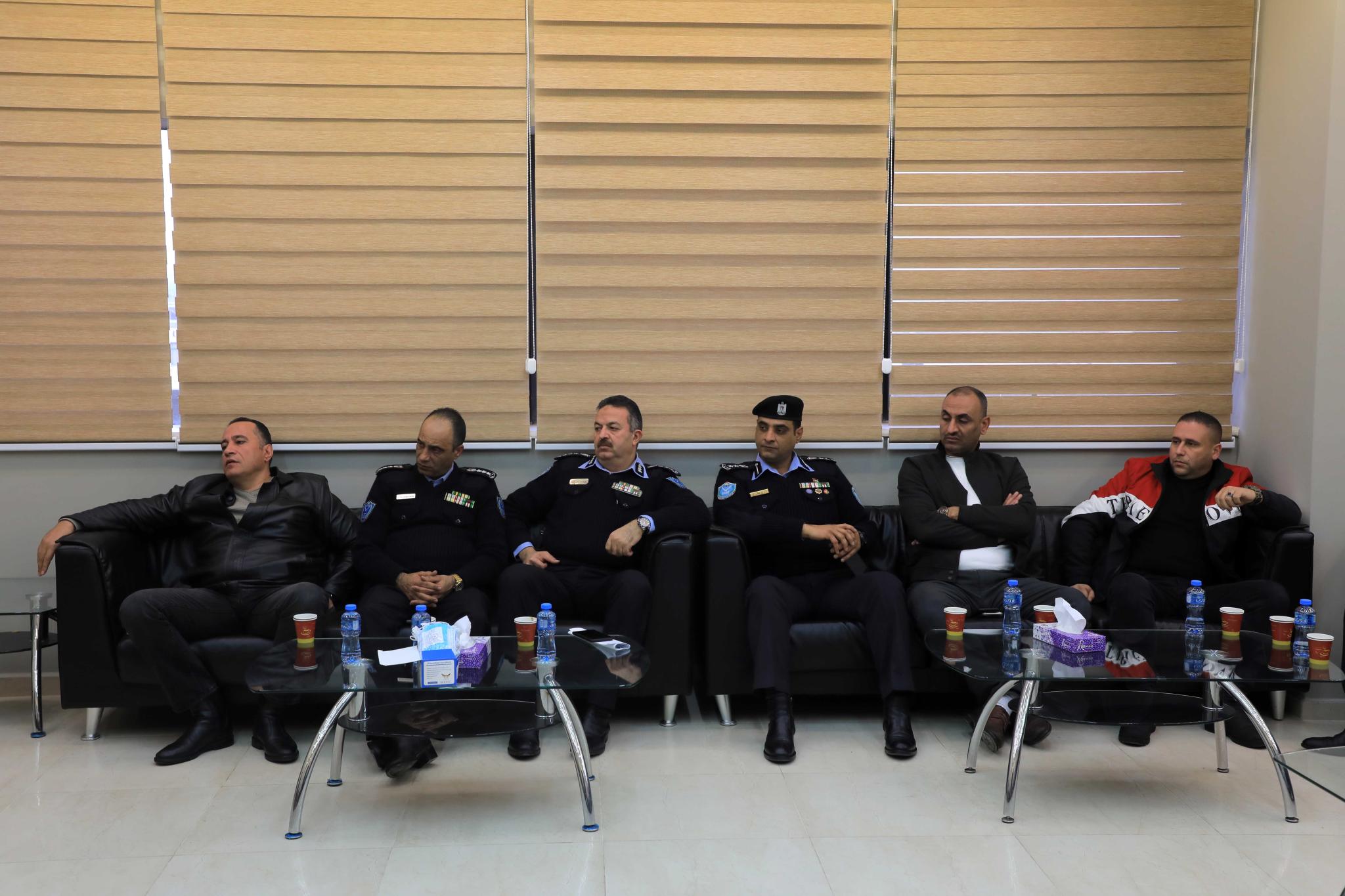 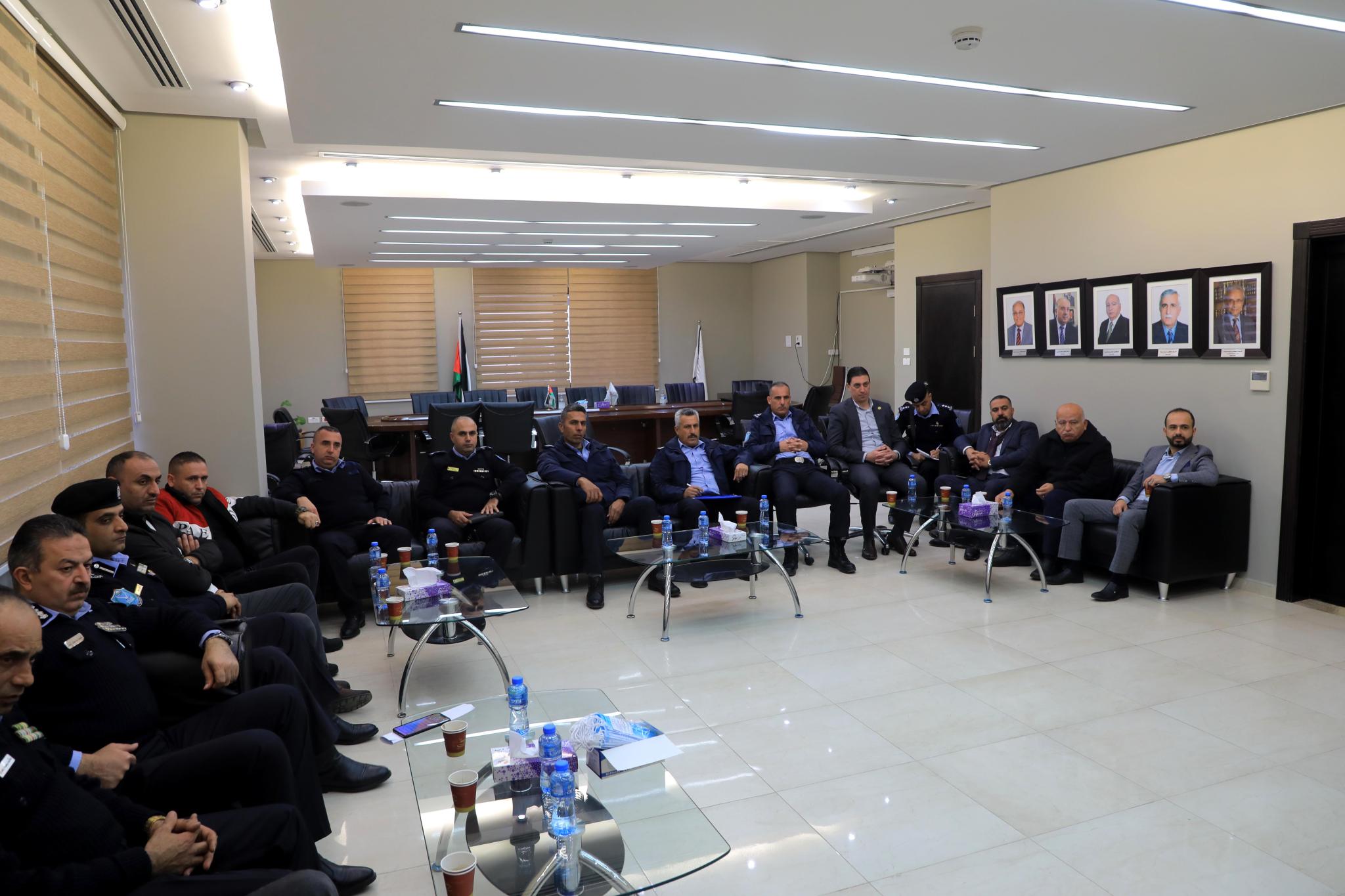 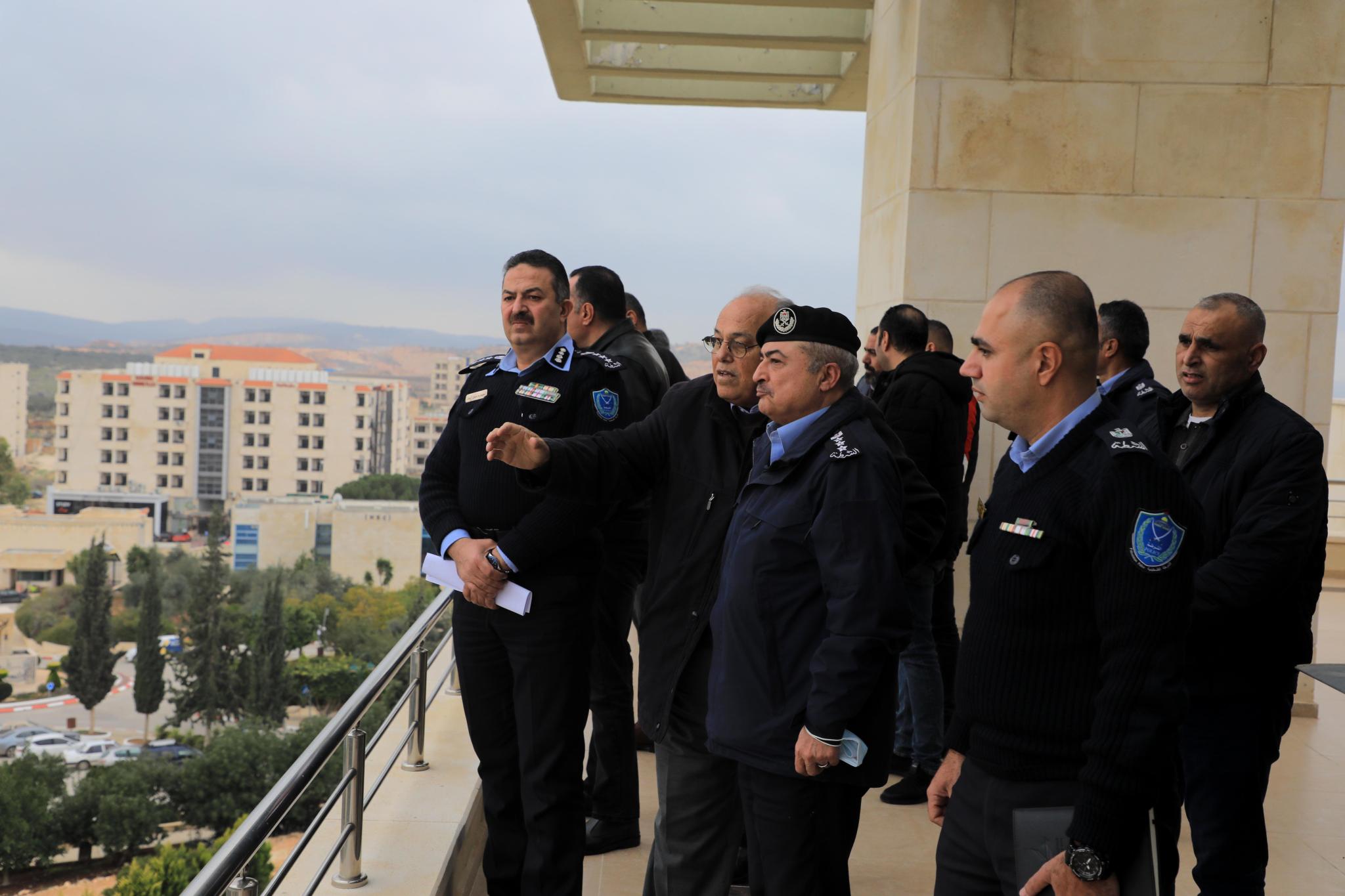