The first place among other 10 Arab universities

In the initiative that was organized by the Arab University Sports Federation in UAE entitled “Arab in universities” and had the slogan of “a healthy and sporty university campus”, Arab American University won the platinum award among other 10 other Arab universities. 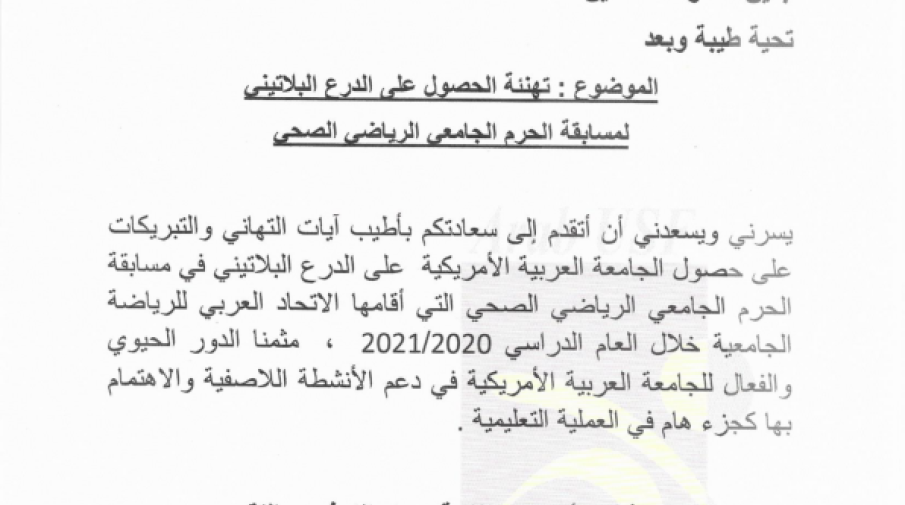 Arab American University has participated in the initiative under the title “a step and information” that described the virtual marathon that was organized in the West Bank with the participation of school students, university students and the local community on the occasion of the 20th anniversary of AAUP. The initiative was implemented over 2 phases, the first is where the marathon was done on a treadmill to complete 730 steps and the steps were calculated by the HEALTH application on smart phones, while the second phase was about the participation of school students in the virtual marathon that was organized in three main areas “the middle of the West Bank, the northern part and southern part of the West Bank” and winners were honored in a huge ceremony in AAUP- Ramallah Campus.

The initiative by the federation is considered to be new and distinguish as it contained aspects of combining the health with entertainment in the campus life, aiming to improve students’ life and the surrounding community. The initiative also focuses on providing a healthy educational environment for a better practices, awareness and experiences between Arab universities, especially during the time of COVID and the success stories that came from it. This made the healthy choice to be the first choice, in order to be committed to a healthy sporty campus community with no sickness, and thus to a better local community.

Prof. Ali Zeidan Abu Zuhri- the University President expressed his pride of winning the Platinum award and the first place between other prestigious Arab universities and said that Arab American University always seeks excellence in all fields as it is taking its place in the international map and will continue to develop and improve. 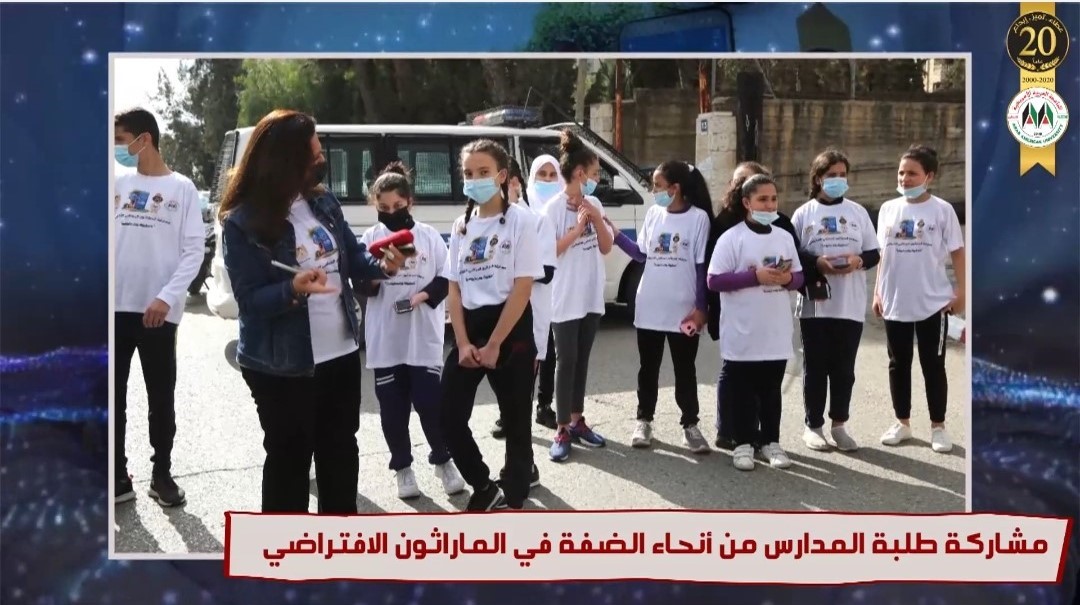