In cooperation with Ministry of Tourism and the French Consulate

​Faculty of Engineering and IT at Arab American University in collaboration with Ministry of Tourism and Antiques and the French Consulate in Jerusalem, launched the 4th International Digital Heritage Conference entitled “Smart Heritage” with participation of academics, experts and Arab and International researchers from Tunisia, Franc, Belgium, Brazil, Norway and Greece. 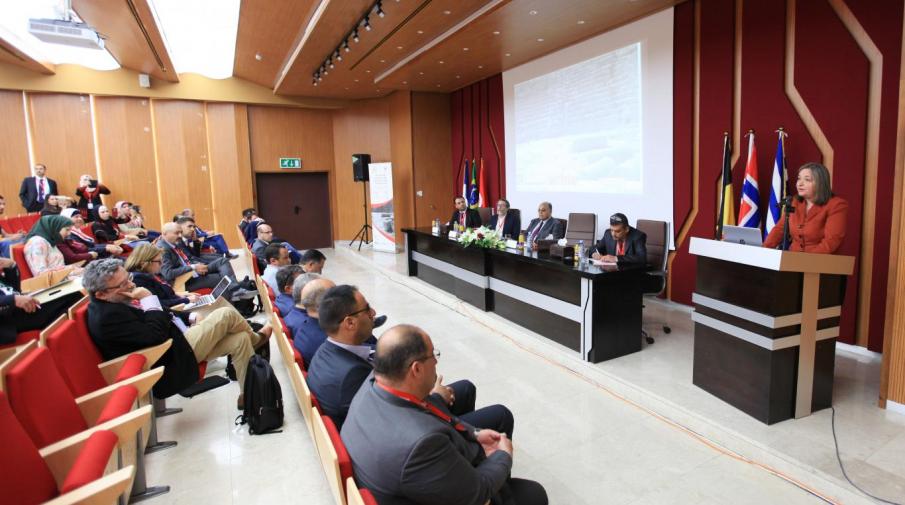 The conference presents number of topics, most significant, Digital Heritage from informative, social and historical angels, ways of documenting and deal with heritage as future idea called Smart Heritage.

The conference aims to document all kinds of heritage with modern technologies, exchange expertise and communicate among the world’s experts and researchers. Many valuable research papers and an international scientific committee joined the conference.

In his opening speech, Arab American University President Prof. Dr. Ali Zeidan Abu Zuhri said “In the last few years, regional heritage has lost important sites because of wars and conflicts that haven’t been documented, in Palestine particularly, there are Israeli plans to get rid of everything related to Palestinian heritage, especially in Jerusalem city”.

He added, we as Palestinians highly appreciate the UNESCO decision, which considers Jerusalem a city under Israeli occupation. This is a great victory for Palestinian rights in Jerusalem and an eloquent response to Israeli claims with all its cultural and political explanations, it is very natural to use technology to service this heritage, document it, present in an appropriate way and save from loss and find its forgotten parts.

Dr. Abu Zuhri explained, Arab American University believes in the necessity to use technology to serve heritage, humanity and Palestinian cause, noting that the university Faculty of Engineering and Information Technology was proactive in using technology to build the country, preserve its heritage and spread its culture to the world.

He indicated that Arab American University payed attention to scientific researchs since its early beginnings, allocating budgets for it and supporting researchers through Scientific Research Deanship. Stressing, the University allocated an encouragement award to the best Palestinian researcher working in Palestinian universities. Also it published “Arab American University Research Journal”, international scientific journal that issued four issues, and decided to award the best published research in the university annually.

Prof. Dr. Abu Zuhri concluded “We are proud that Dr. Atef Qasrawi who is one of our researchers was on the top 5% in the world, and indicated at the scientific research portal that around 2500 international researchers read and used his research”.

Ministry of Tourism and Antiques speech

In her speech, her Excellency Minister of Tourism and Antiques Rola Maayah said “Ministry of Tourism and Antiques used the available resources to upgrade the Palestinian tourism, because Palestine is rich of cultural resources throughout the country. So we focused on developing cultural heritage sites to meet the needs of international and domestic tourists, which in turn contributed to improve the economic and cultural conditions for all Palestinian regions and governorates”.

“The museums that the ministry established improved tourism attractions. Also joining UNESCO has played an important role in improving the tourism in Palestine, by listing the Church of the Nativity and Bateer on the World’s Heritage List. We are working on Hebron’s file to include it too and prepare other sites files”, she added.

Minister Maayah explained that the concept of Smart Heritage and use technology to document, save and promote heritage is an important breakthrough in the light of world’s acceleration in all fields. This will modernization working methods and databases organization, which plays a prominent role in serving cultural heritage sector, reflects positively on the tourism sector and helps in economic development.

Her Excellency pointed, the ministry of tourism and antiques currently implements a number of projects that will improving the tourism in Palestine. The most important are the Mosaic Covering Project at Hisham Palace in Jericho, the Rehabilitation Project for the Prophet Moses Maqam, reactivate 12 historical centers in many governorates and qualifying other sites.

Stressing, this conference is a real opportunity to come up with real results and recommendations to improve the tourism and heritage sectors in Palestine, through presenting a range of research, projects and scientific papers by specialists, academics and local and international institutions. It will also promote partnership between all institutions and give Palestinian universities prominent role in developing tourism and cultural heritage curricula’s with modern ways and methods.

In the speech of international conference supervisor at AAUJ Dr. Amjad Rattrout welcomed the audience and organizers. He praised International and Arab participants, talked about the concept of smart heritage, its relationship with information and ways of preserving it.

In the speech of the conference General Manager from Paris 8 University, Dr. Khaldon Zraieq talked on the conference previous versions in Palestine and Tunisia, mentioning that the 5th version will be in Algeria. He added, the conference covers historical, architectural, philosophical and architectural aspects and technology use to service them. He praised the distinguished organizing, and thanked the Arab American University and conference organizers, wishing it will come out with important recommendations to be future work basis.

By the end of first day, participating international and Arab delegations took a cultural tourism visit to Abdulhadi palaces at Arraba town. 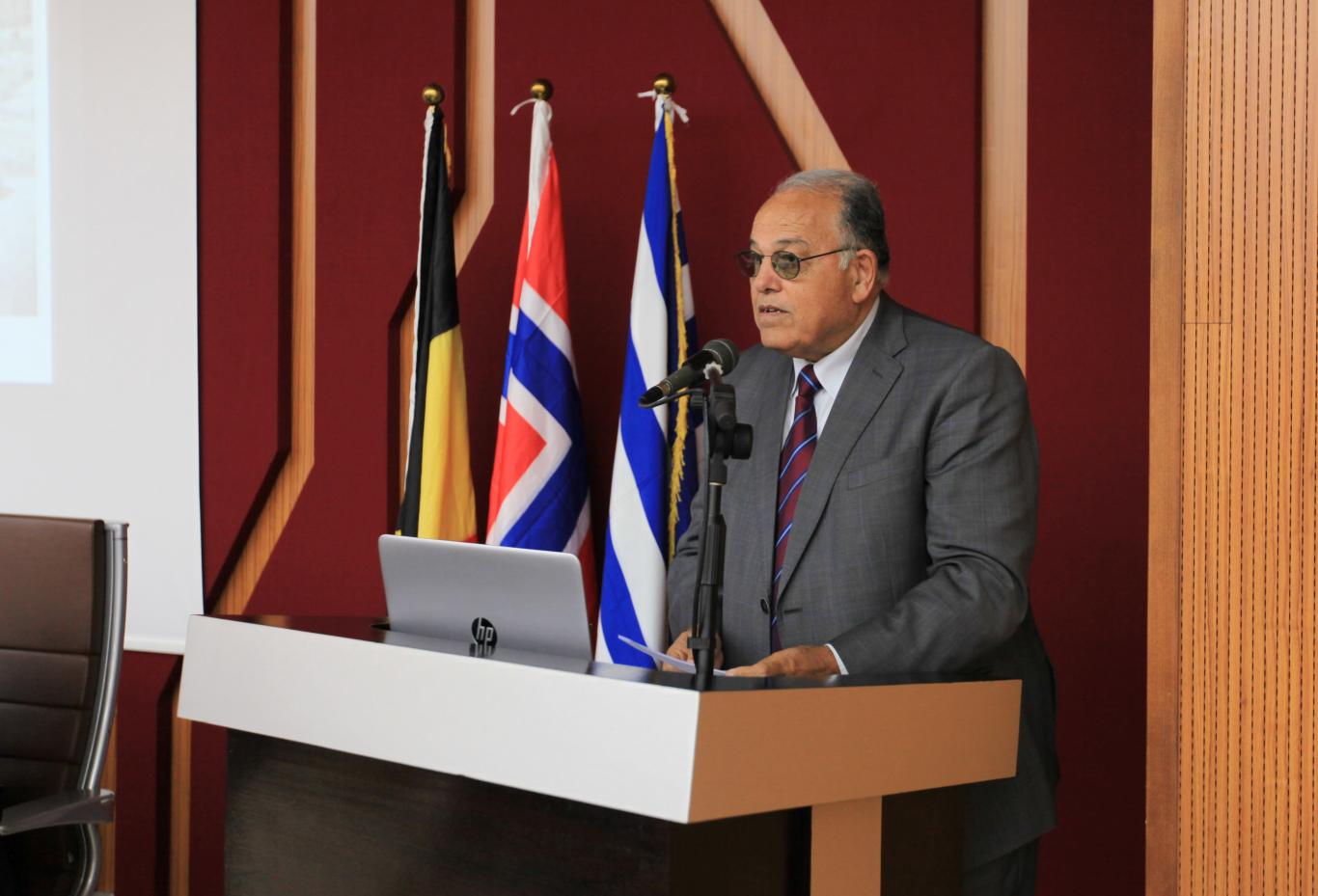 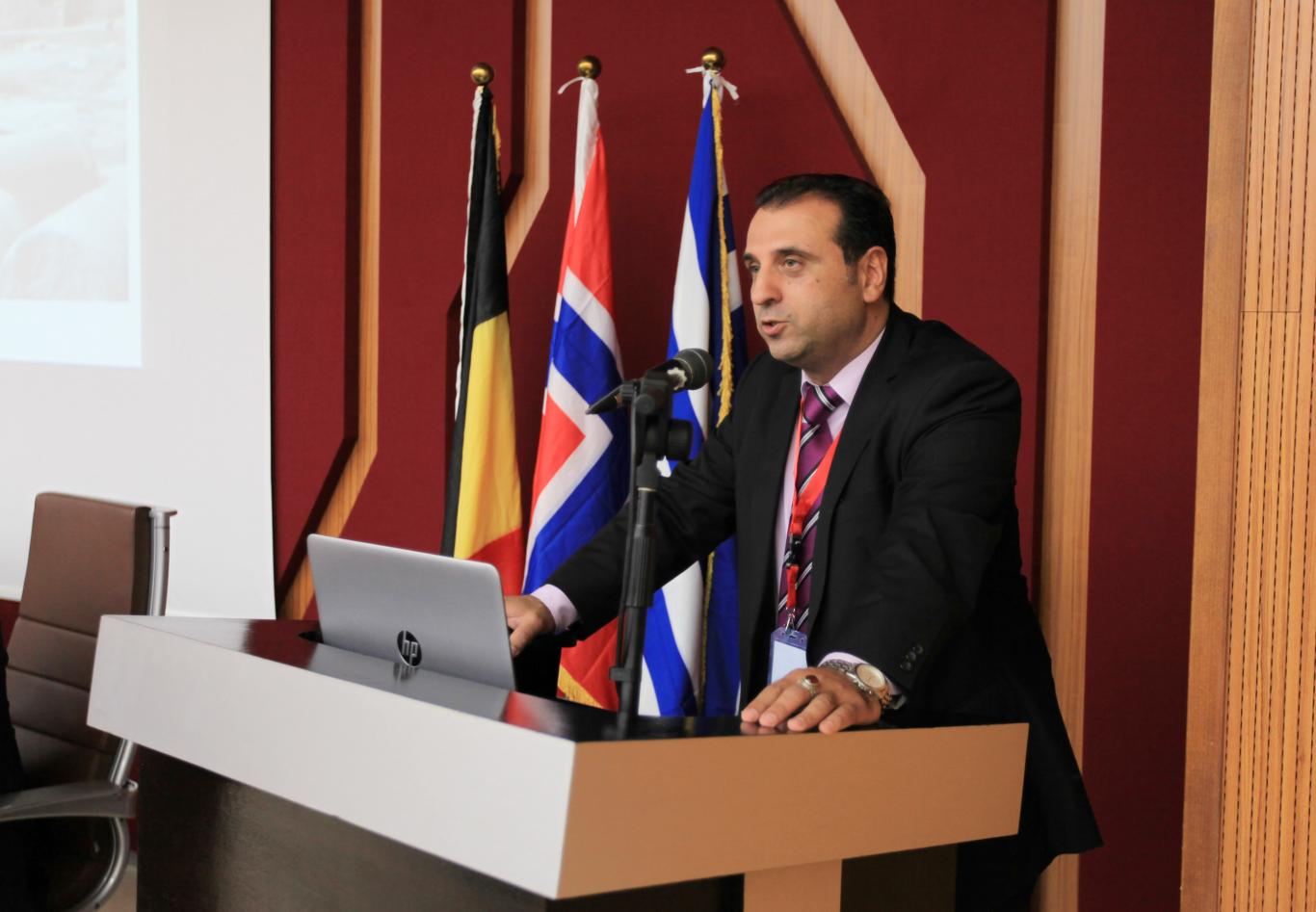 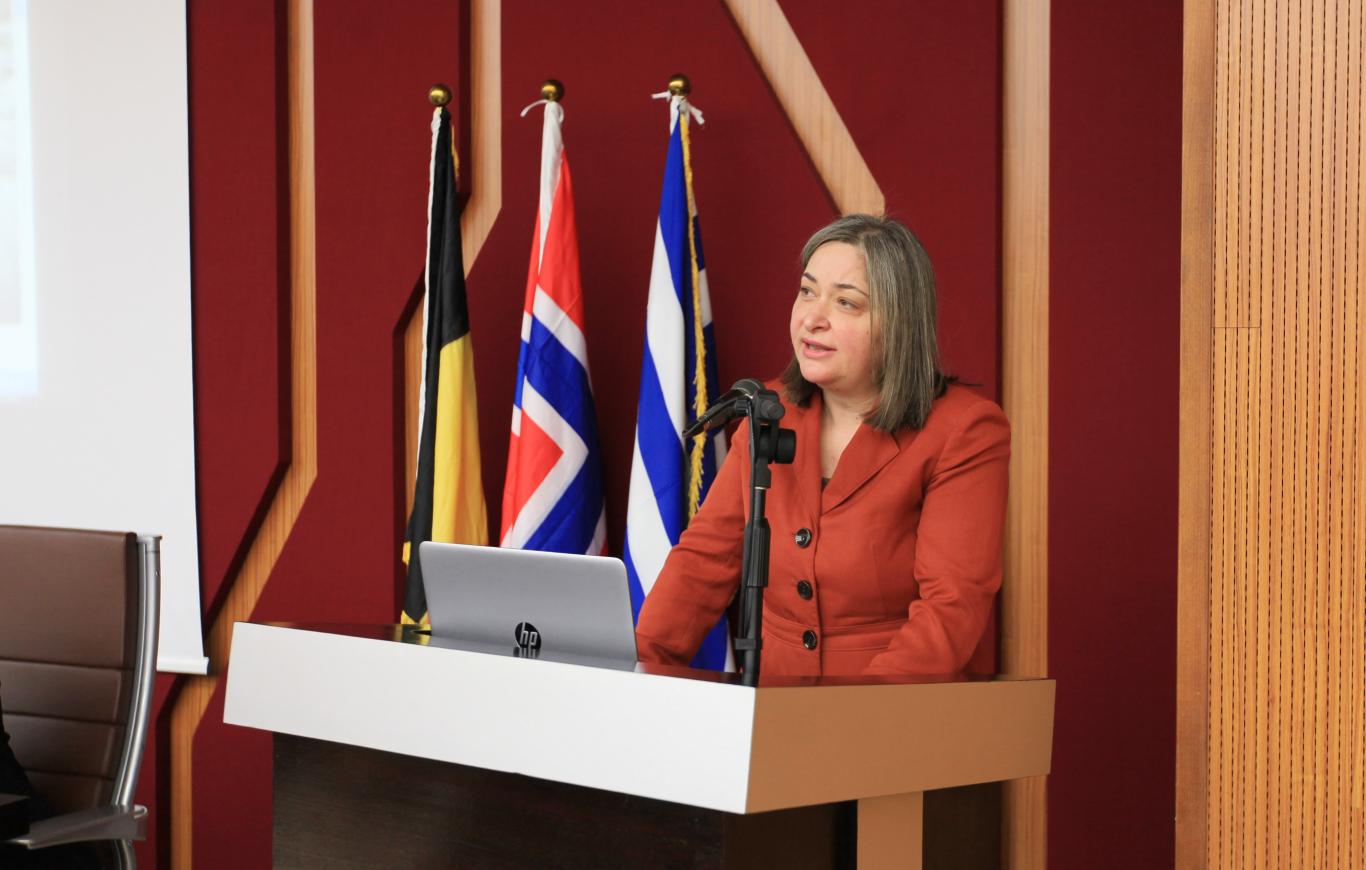 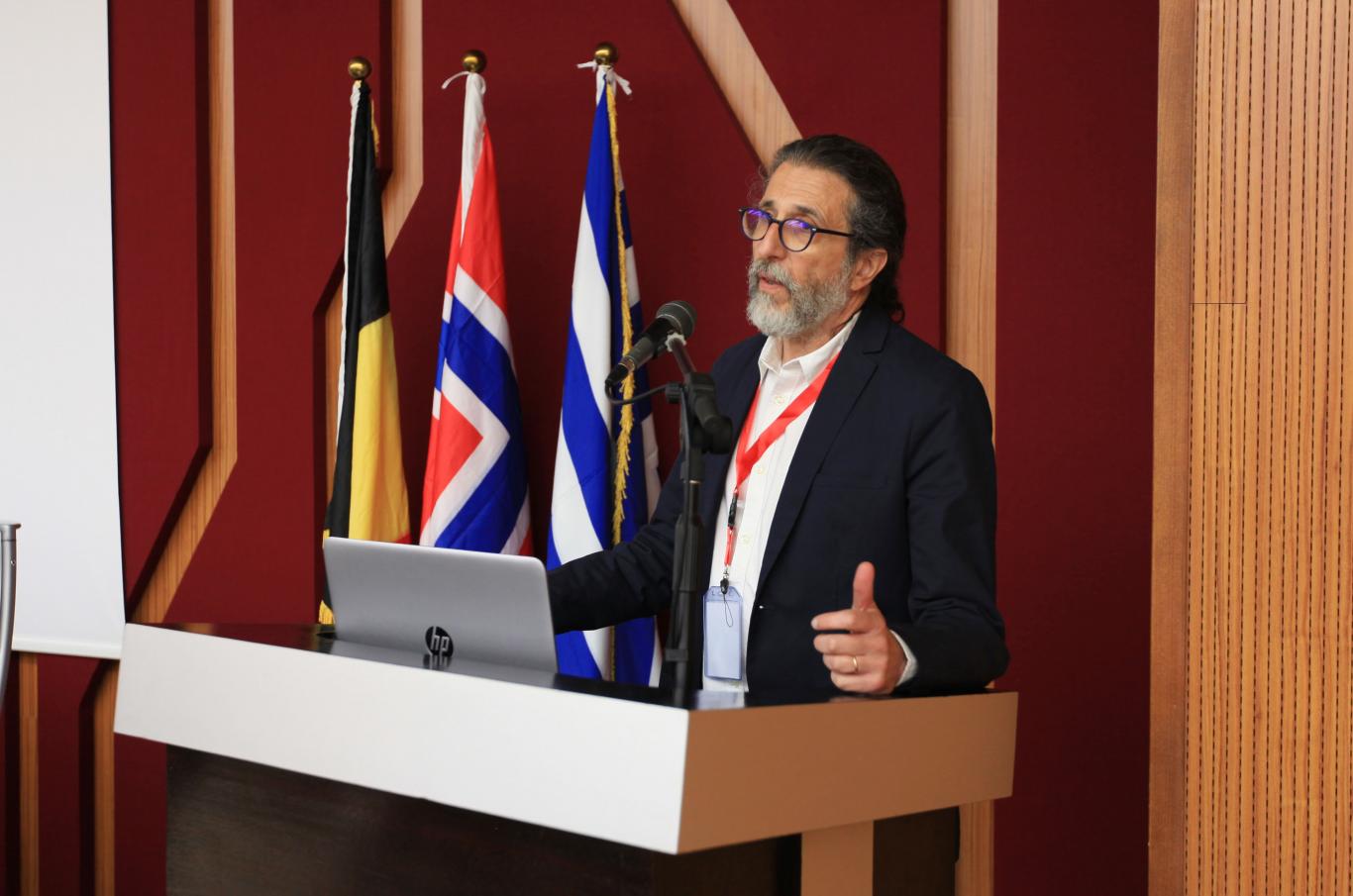 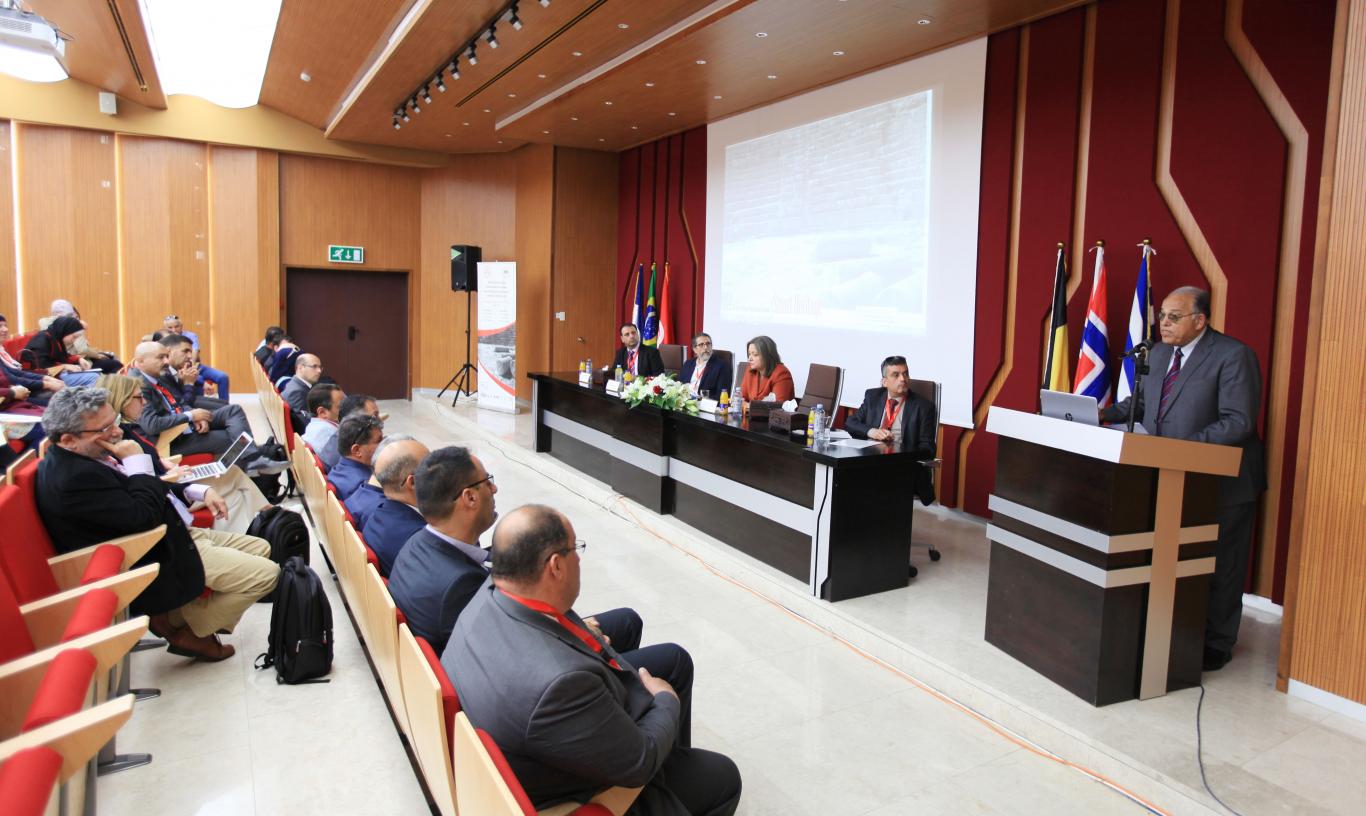 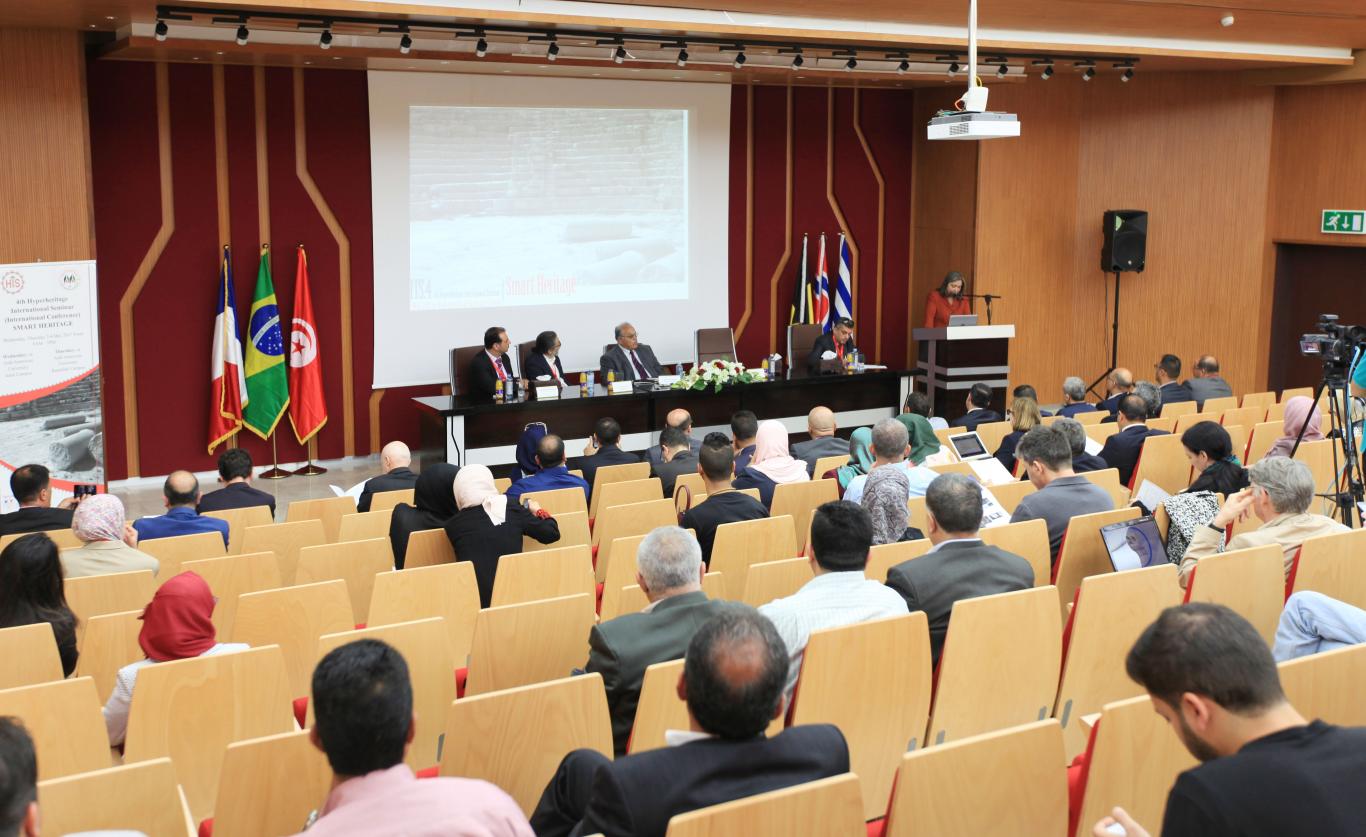 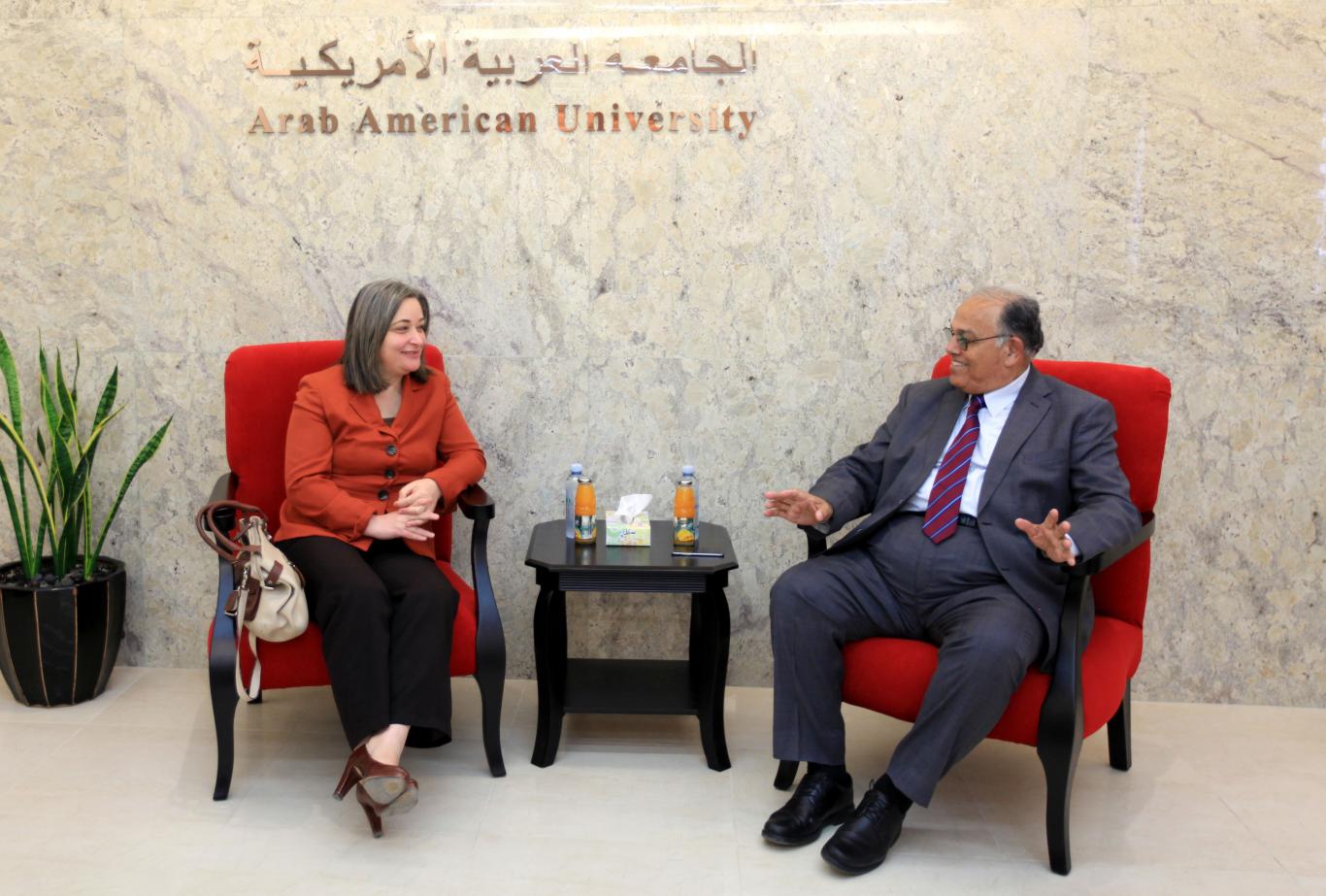 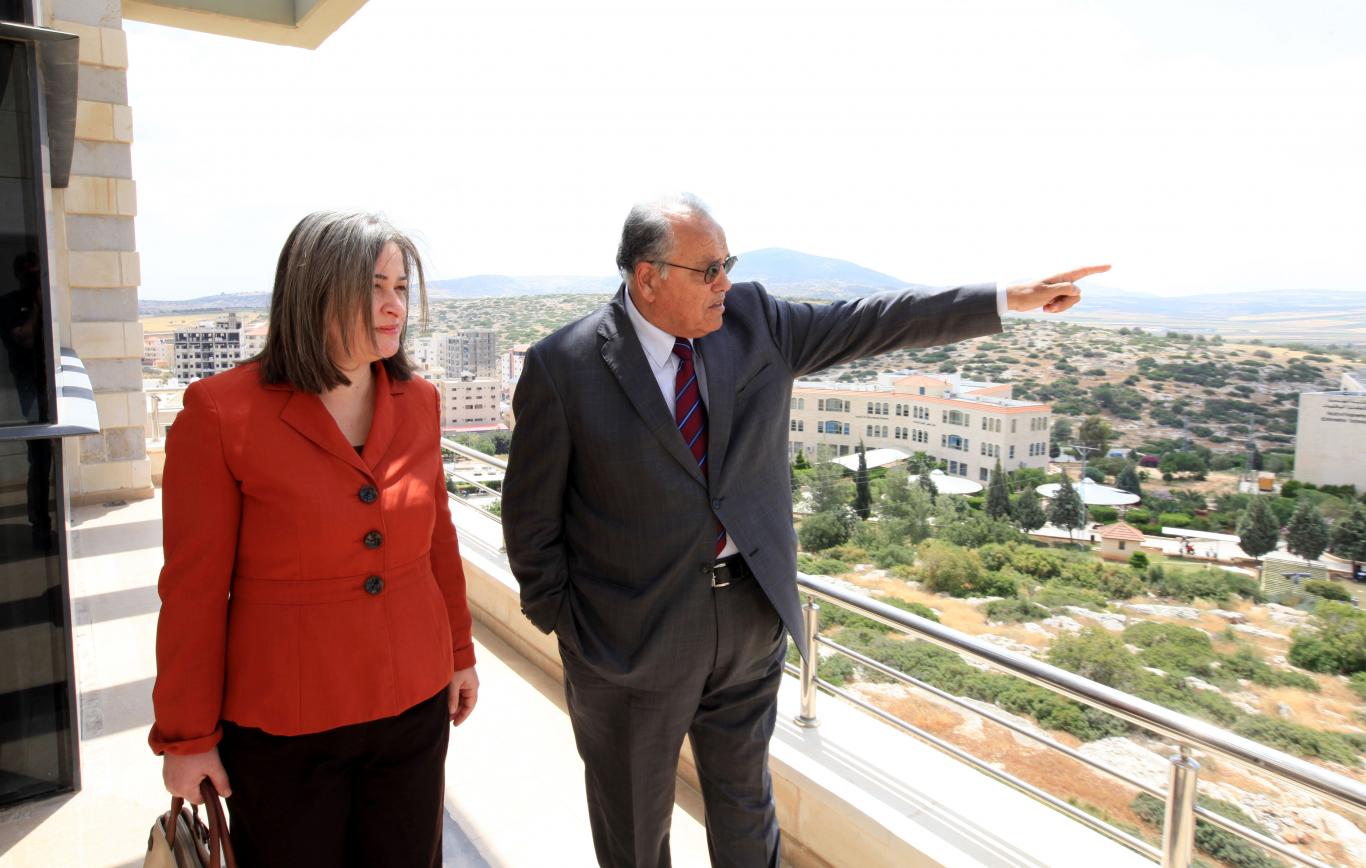