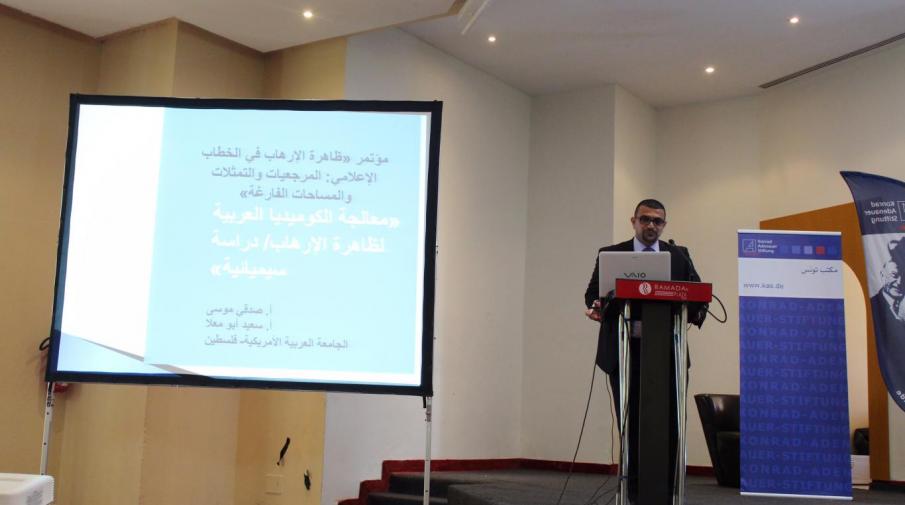 University representatives in the conference from Faculty of Arts Arabic Language and Media Department Said Abu Mala and Sudqi Mousa, participated with research paper entitled “Arab Comedy Addressing the Terrorism Phenomenon: Semiotic Study”. The study aimed to detect how Arab comedy tackled the phenomenon in Arab societies, ways of dealing with it and how was terrorist personality presented.

As for Mr. Mousa, he gave a number of recommendations, most significant, the importance to review the phenomenon in a deeper way, continuously fight it without being shallow during the process, not to marginalization terrorism phenomenon in other countries, in addition to lack of characterization of terrorist figures in light of expansion concept of violent terrorist acts “States, parties, individuals”.

As for Mr. Said Abu Malaa, he said the terrorism phenomenon in Palestine is different as its organized terrorism against an occupied people. Presenting two cases, the first Palestinian and Pro-Palestinian media organization mechanism to cover new fighting methods “stabbing and running over”. This type of terrorist operation is universally condemned, but Israeli propaganda links Palestinian resistance with global terrorism, he said. These are real and important forms that have been studied and discussed in a state of media globalization exceeding all limits.

The other thing he talked about was related to document Israeli terrorist actions against Palestinians, especially on check points, and publish the videos on social media networks then publish it by local media without discussing psychological impact on the Palestinian viewers and without awareness of Israeli terrorists’ objectives by making these videos publicly available. 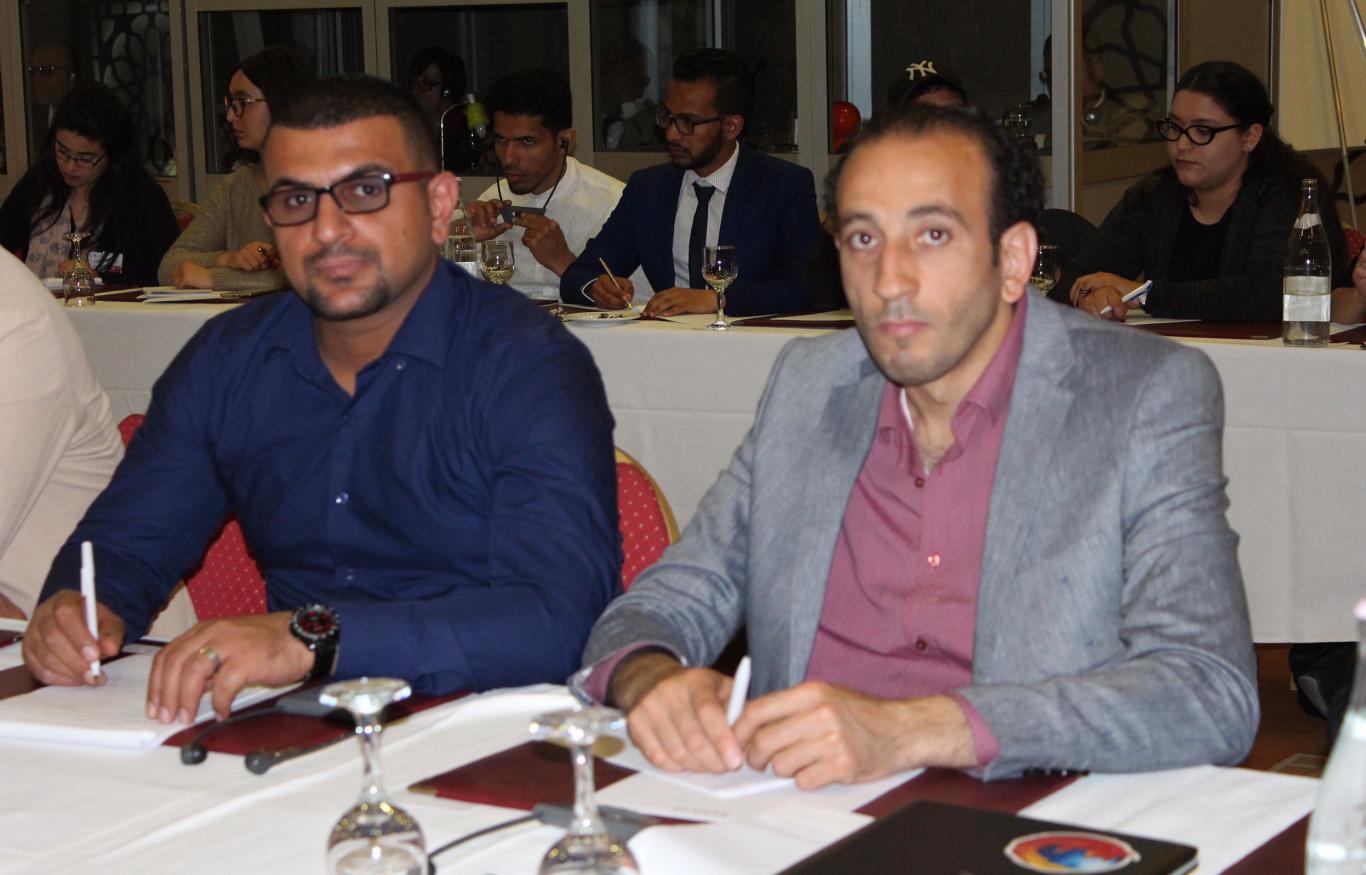