The VP of International Relations Dr. Dalal Erekat from AAUP discussed ways of enhancing research and academic collaborations with research centers and German Universities, during her meeting with the cultural Attaché in the office of the Representative of Germany, the Counselor Mr. Ulrich Kane, 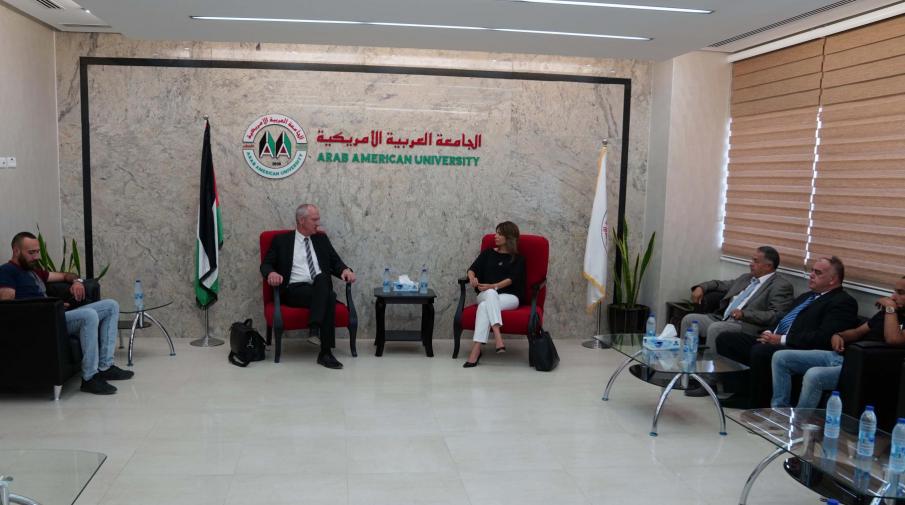 For his part, the cultural attaché in the office of the German representative, the Counselor Mr. Ulrich Kane praised the role of the university and assured the importance of enhancing research cooperation, academic and student exchange between Arab American University and German universities and institutions, through opening new horizons of cooperation in Scientific and professional fields, and developing the academic and student exchanges between the two countries.

During the visit, Counselor Kane held a meeting with students representatives at the university, where he was able to hear the students' views, suggestions, future aspirations, academic needs and training. After that the German Delegation took an on-campus orientation tour around the university's facilities, laboratories and Centers.