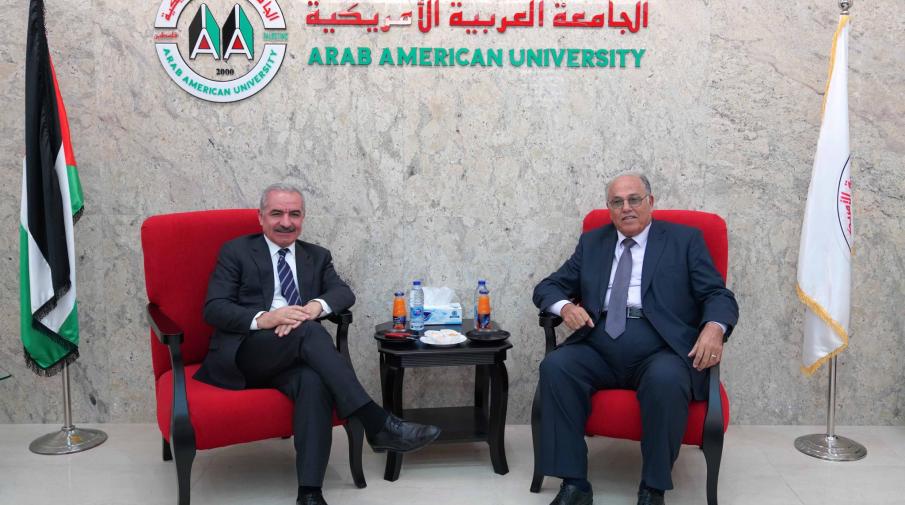 During the reception of the Prime Minister

Prof. Ali Zeidan Abu Zuhri – the University President, Dr. Salem Abu Khayzaran- the vice-president of the Head of the Board of Trustees, Mr. Akram Rjoub- Jenin Governor, Dr. Mahmoud AbuMwais- the Minister of Higher Education and Scientific Research, Mr. Riad Al Atari- the Minister of Agriculture, Mohammad Abu Haifa- Jenin District Commander, Brigadier-General Mohannad Abu Ali- the Head of the Preventive Security in Jenin, Colonel Basem Waked- the Police Chief of Jenin, Dr. Raid Dlbah- a member of the Board of Directors, Mr. Jamal Hwail and Mr. Jamal Abu AlRub- members of the Board of Trustees, Shikh Mohammad Salah- Mufti of the Palestinian security Forces, the Businessman- Mr. Ghalib Al Hafi, the Vice- Presidents and assistants, Student council members, members of the Shabebeh student movement and university students all were in the reception of Prime Minister Dr. Mohammad Ishtayeh during his visit to Arab American University to meet the student council and be part of the activities in Jenin Governorate.

Prof. Abu Zuhri- the Univeristy President from his side welcomed the Dr. Ishtayyeh- the Prime Minister on behalf of the board of trustees and Board of Directors, saying that “Everybody in Jenin Governorate is delighted by his visit.” He appreciated his persistent concerns for all the Palestinian governorates, and his regards for the worries and the needs of the Palestinian people.

During the meeting, Dr. Ishtayyeh – the Prime Minister said “Arab American University has enlightened the community with education, patriotic soul and provided the community with needed services. It is a role model edifice that all Palestinians are proud of.” Dr. Ishtayyeh thanked all those who invested their money to build this great educational edifice. He expressed gratitude to the student council, and clarified that the requirements and needs of universities should be in harmony with the development vision of the government in the future, indicating that his visit to Jenine is mainly for following up the situation in the governorate in general and the educational process in specific. Additionally, the Prime Minister explained how the by studying the educational output, we shall know the capacity of the local market. Moreover, Dr. Ishtayyed clarified the importance of the vocational education indicating that the government is about to start building a new university that is specialized in the vocational education in specific. He asserted on the importance of the qualitative education and not only in looking at the number of graduates, saying that the demands of the University will be taken into consideration in accordance with the government vision, and the market need.

From the side Prime Minister directing the students said: “You need to be proud of being students in Arab American University, as you are students in the largest institution in Jenin's governorate. What make this university special is the number of the Palestinian students from the lands of 1948 who build communication bridges with students of the West Bank, when the occupation is working hard on building walls and barriers to cut such communications.”

He added: “the government faces some problems including for example, the form of the coming Israeli government, and how to deal with the “deal of the century” which destroyed all foundations and all future solutions. Some other problems facing the government are such the elections and the continuous division.

Additionally Prime Minister Dr. Ishtayyeh said: “Until this moment we do not know anything about the content of the deal of the century and we have been asked why we refused it without knowing its content! Our answer is; because this deal does not contain Jerusalem, refugees, the State case, and settlements elimination, and this is completely unacceptable.”

He finished his speech with the student by giving them advice to be creative entrepreneurs and communicate with the community not only by searching jobs. 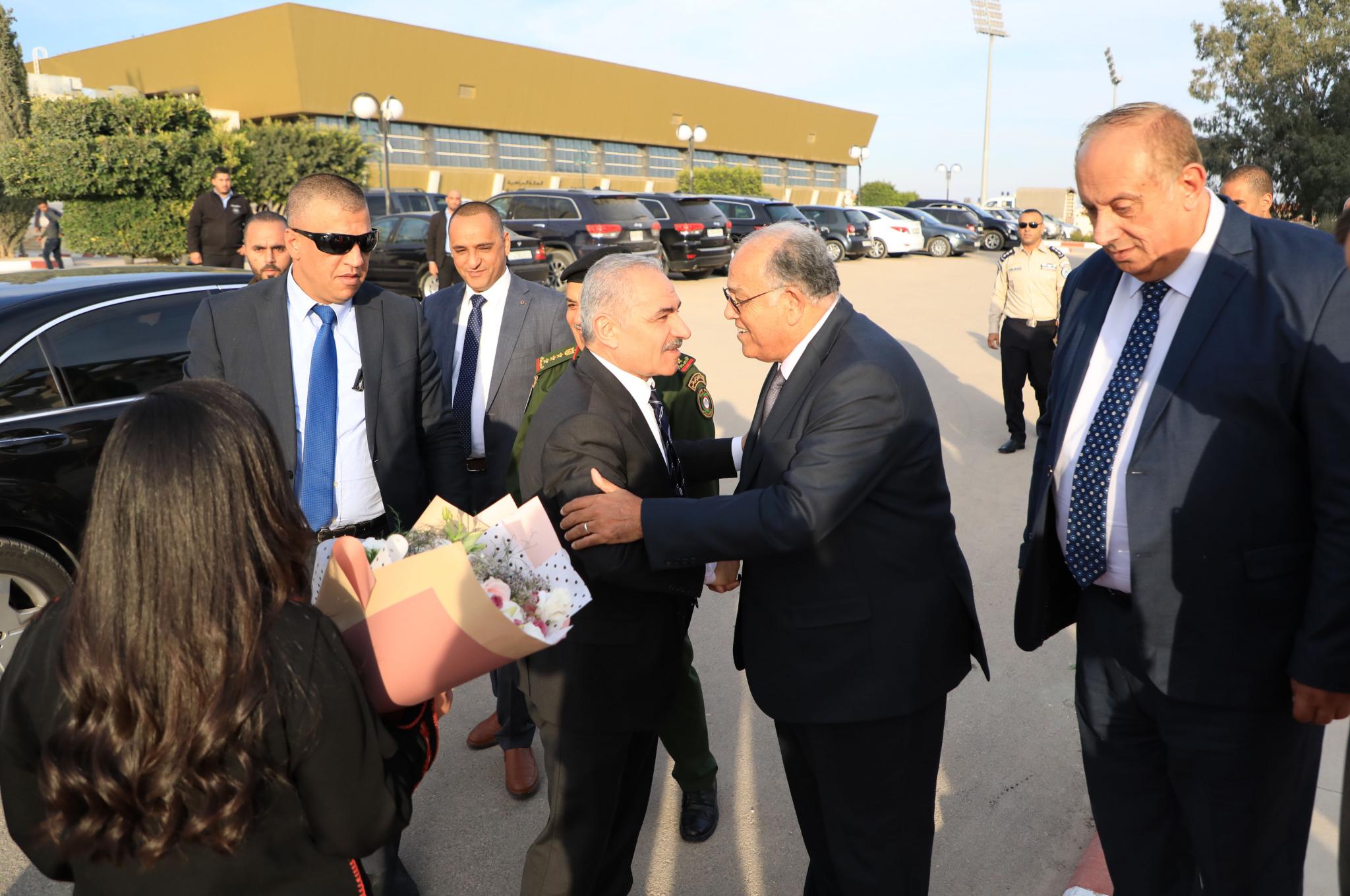 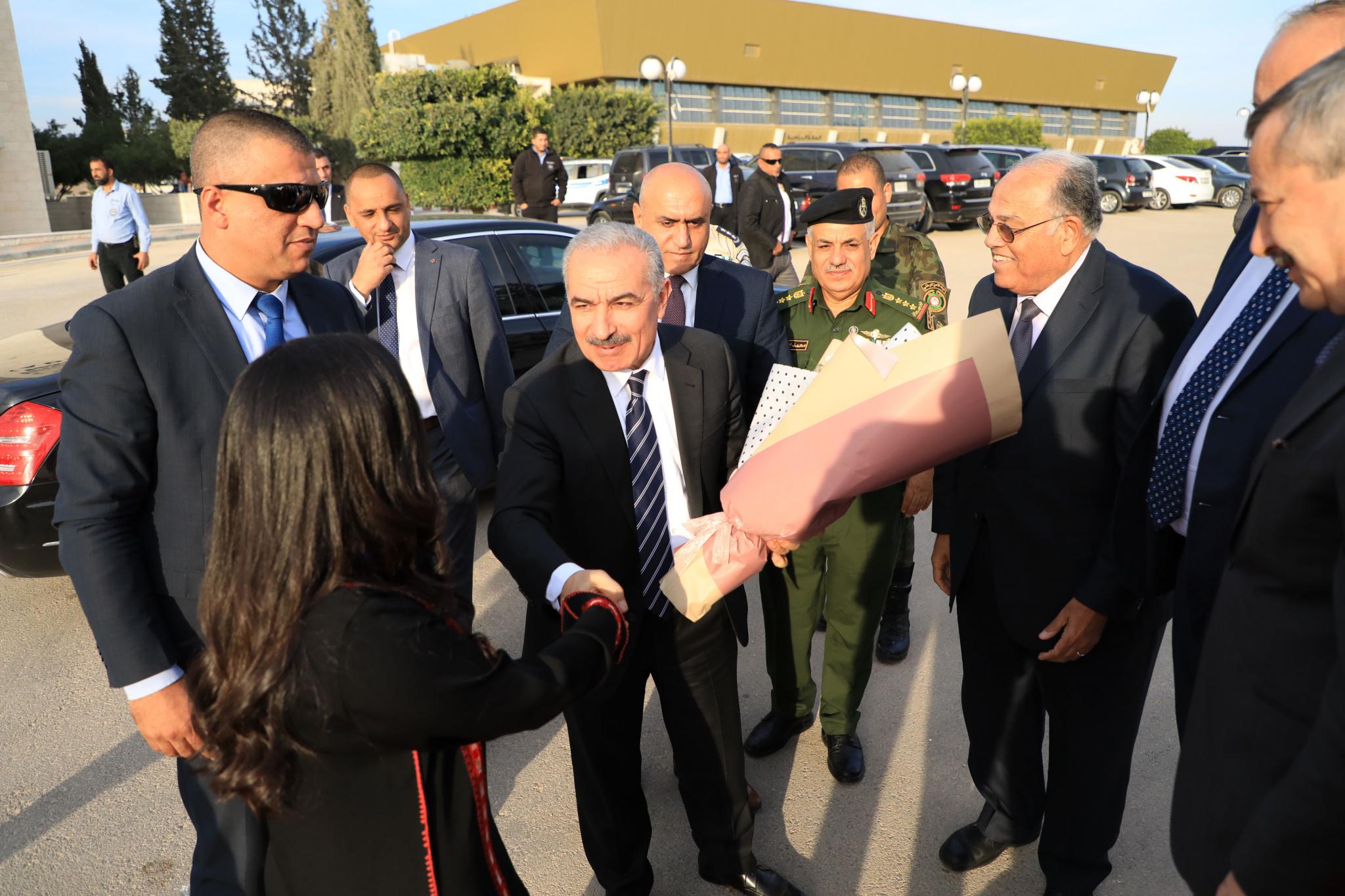 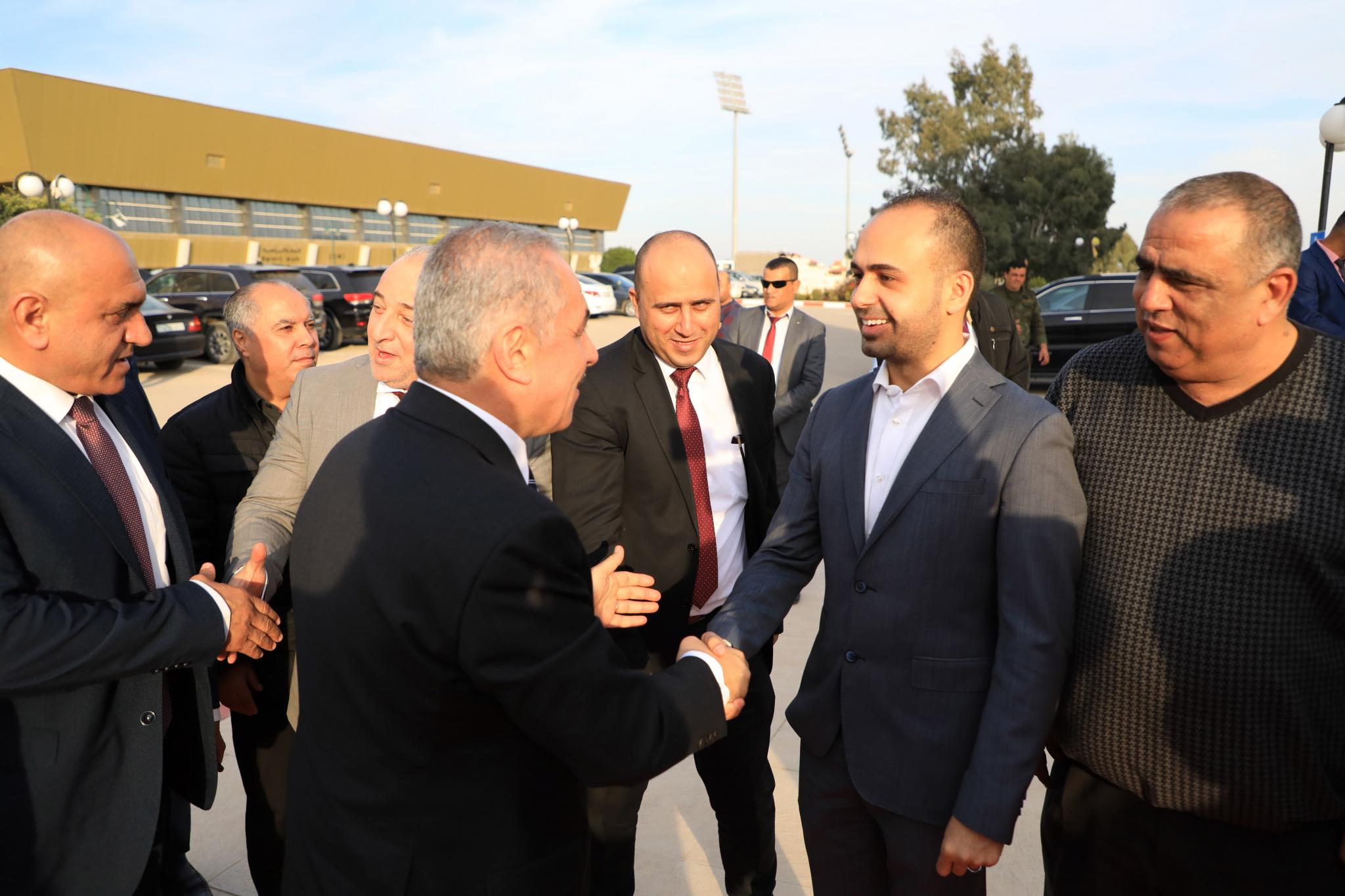 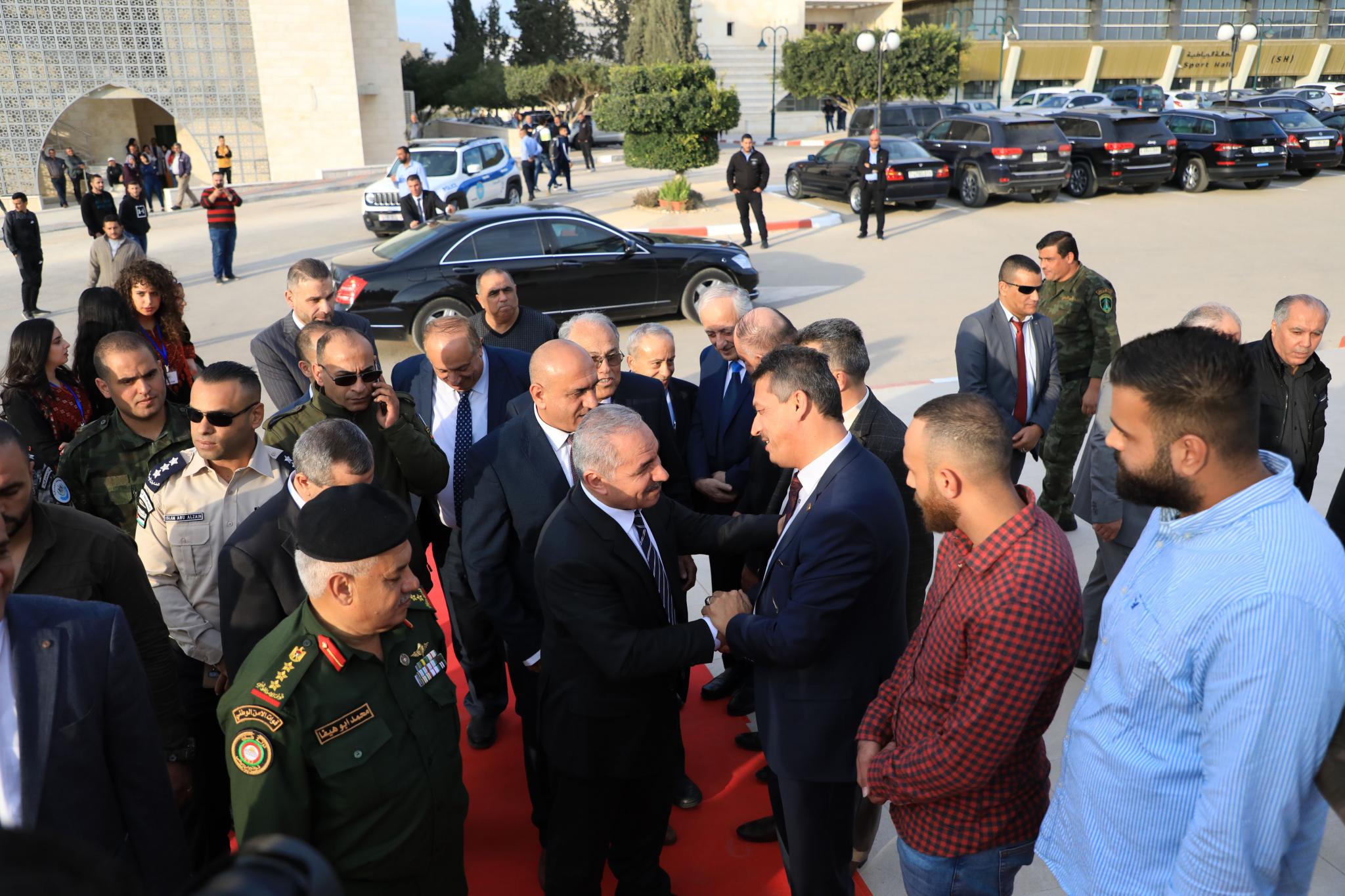 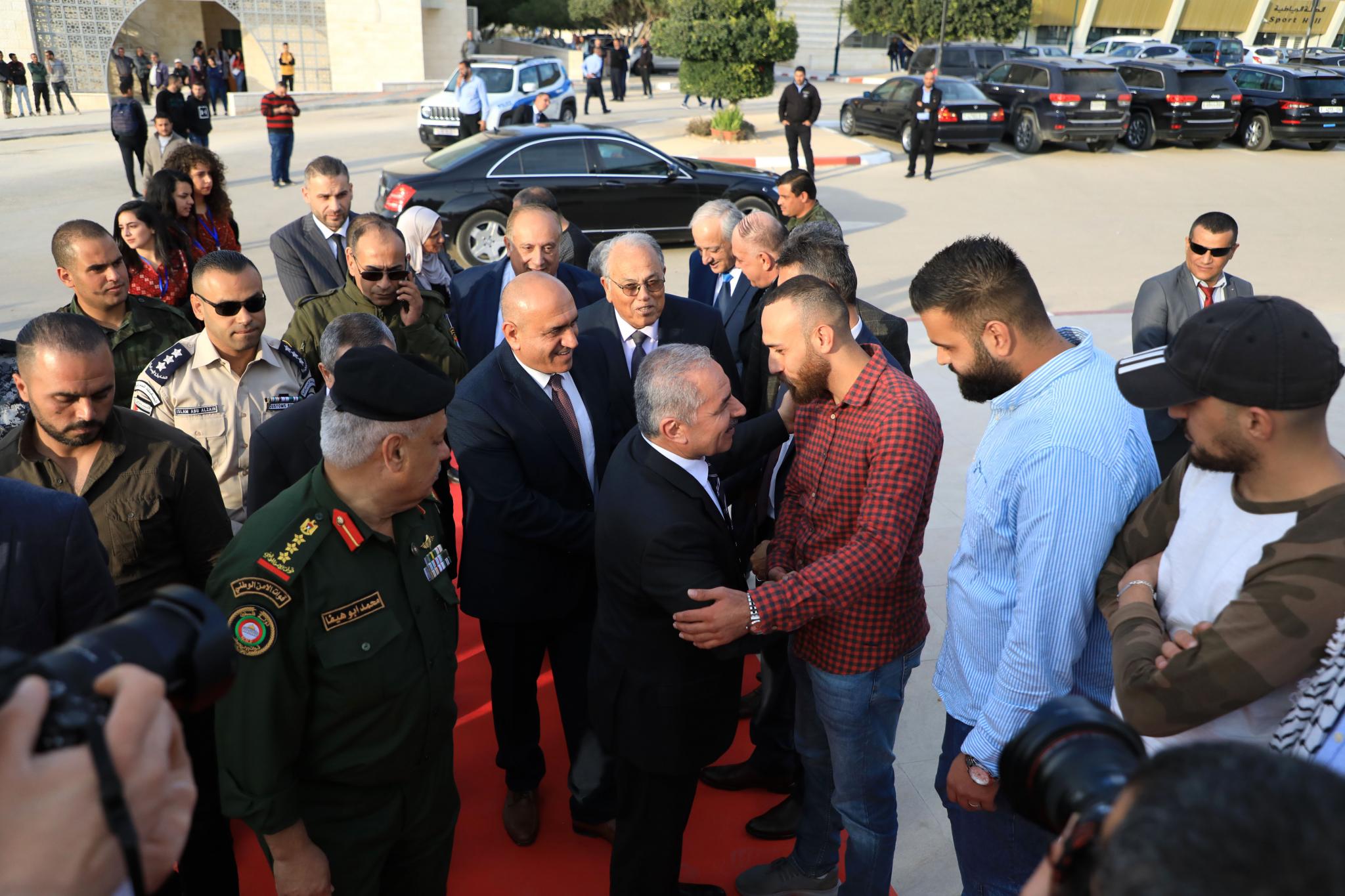 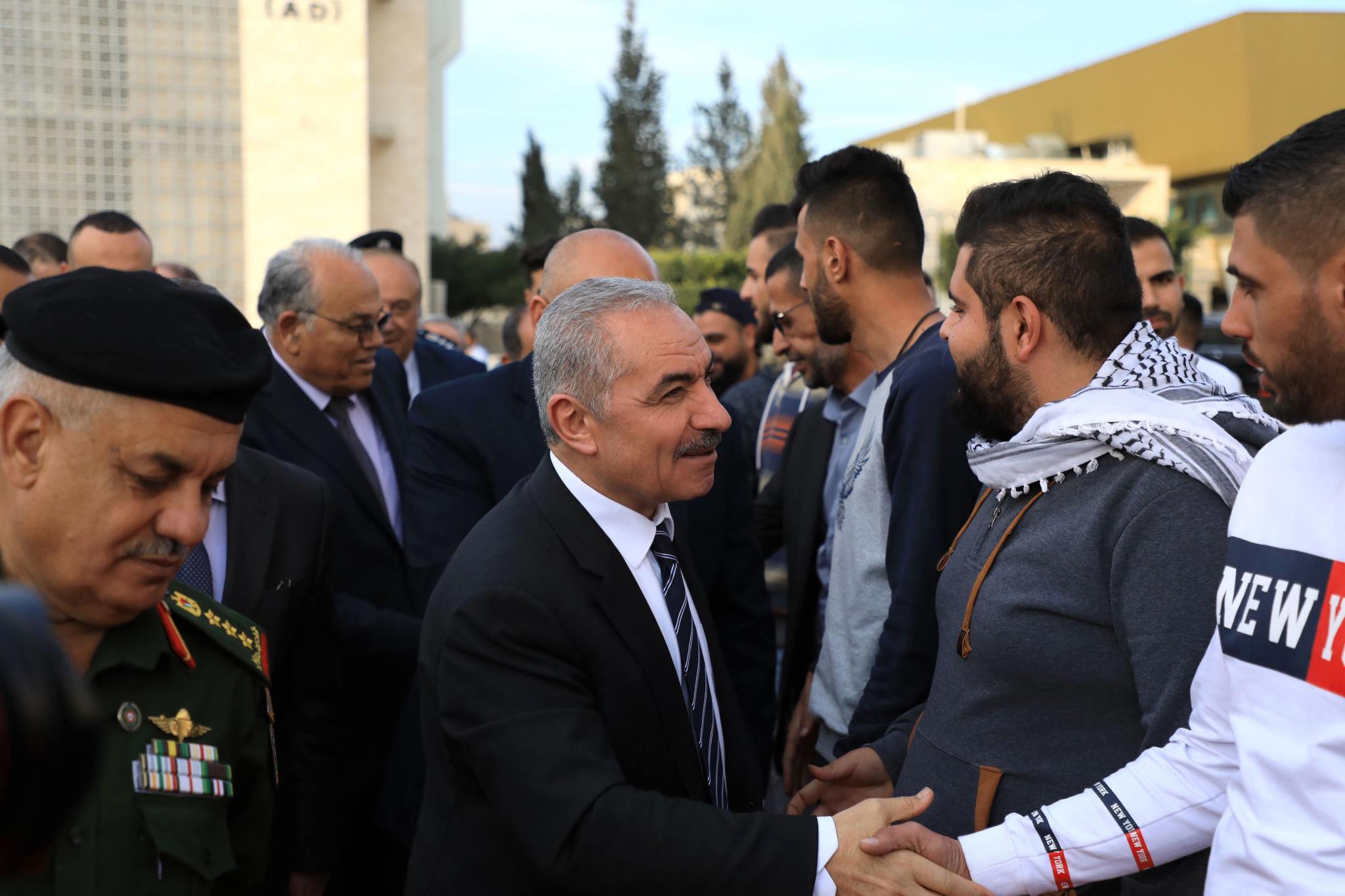 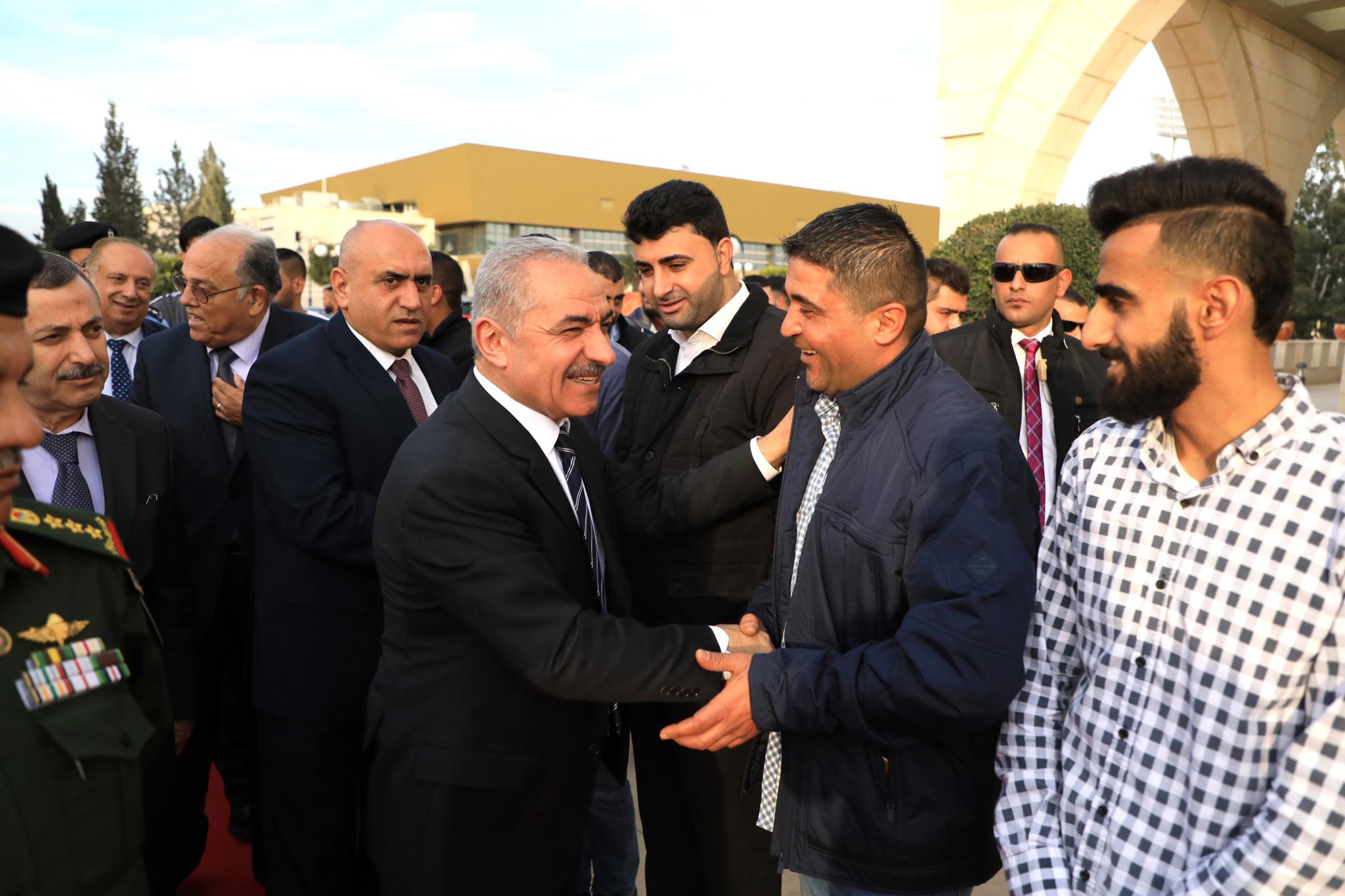 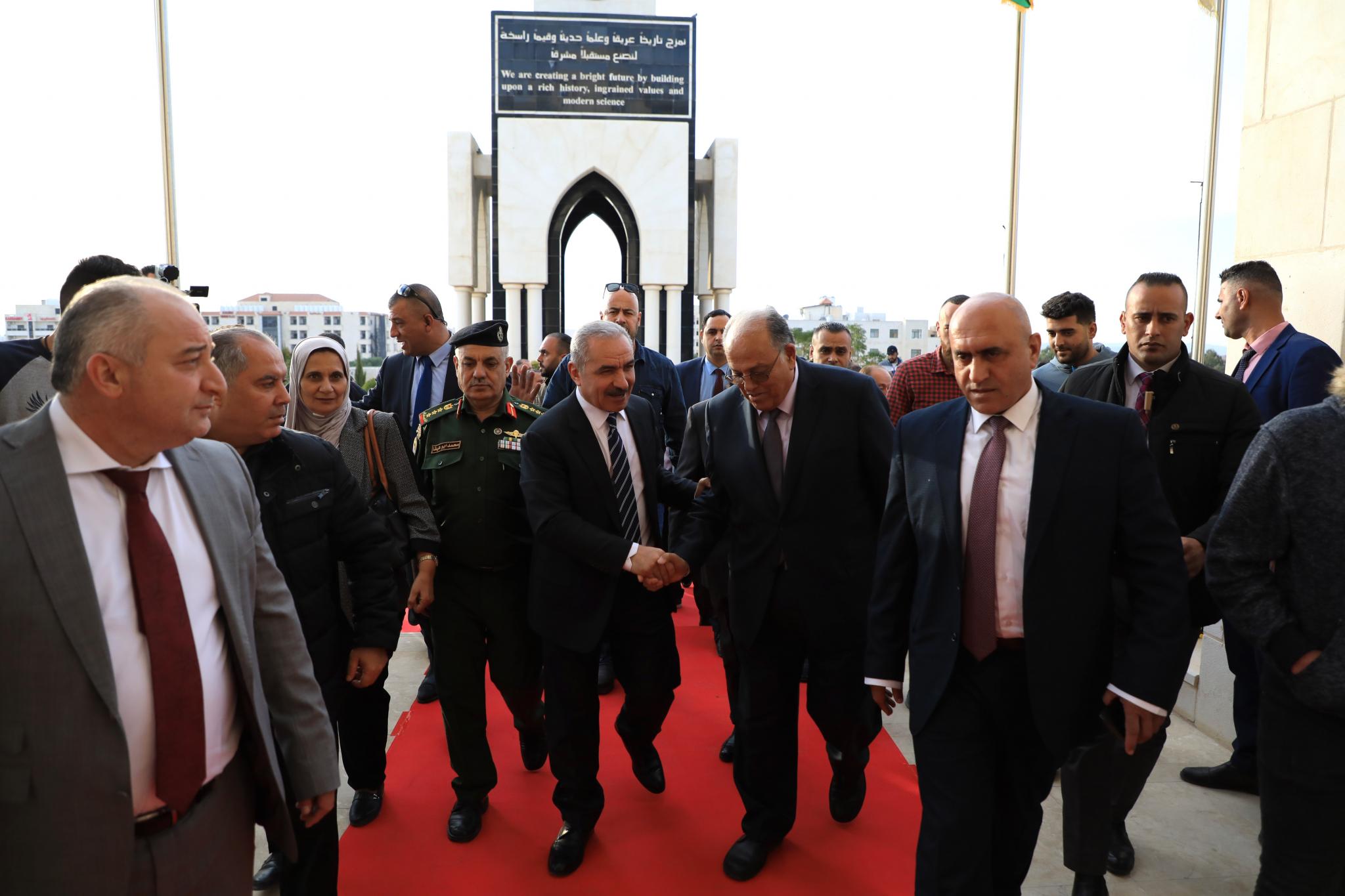 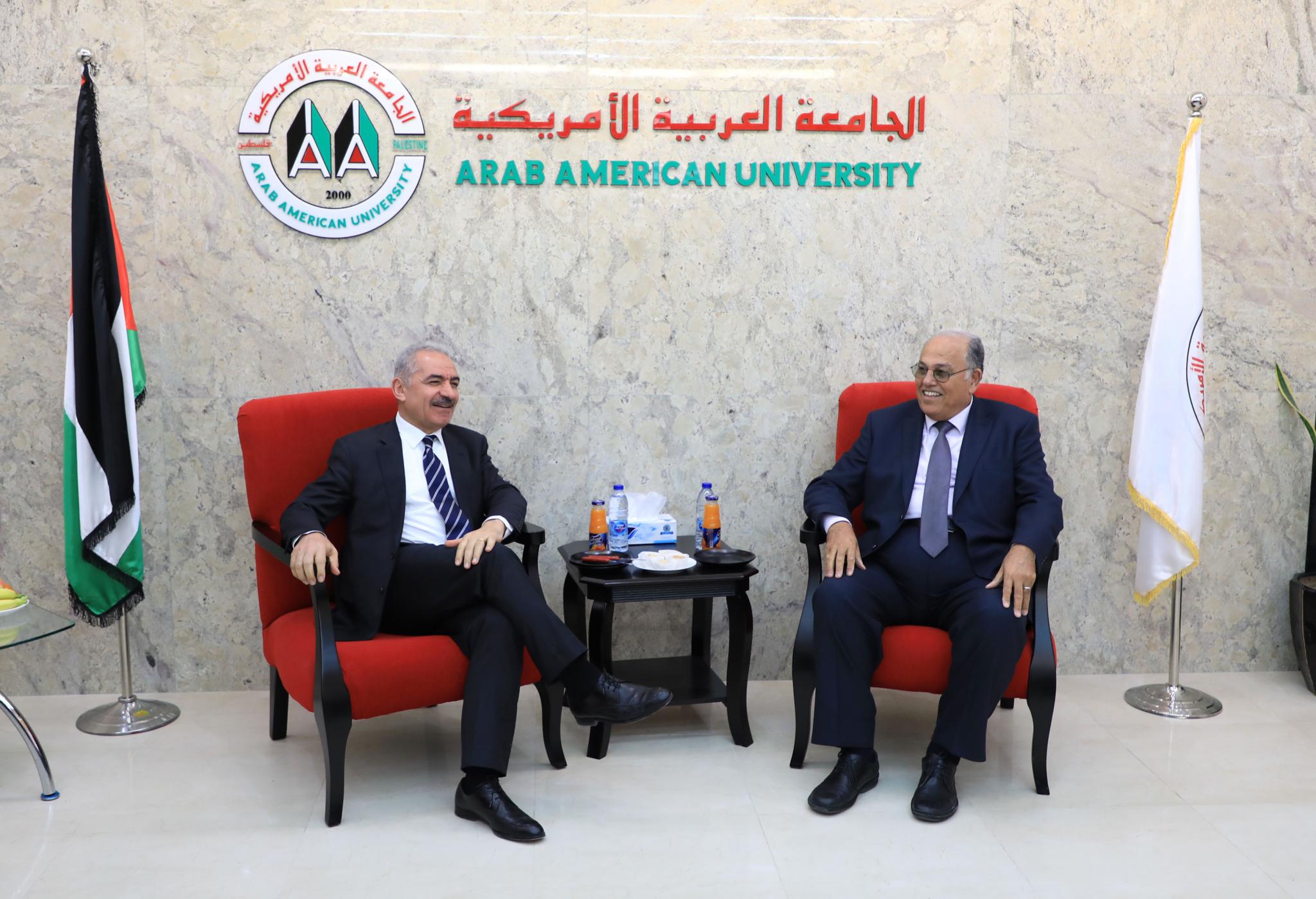 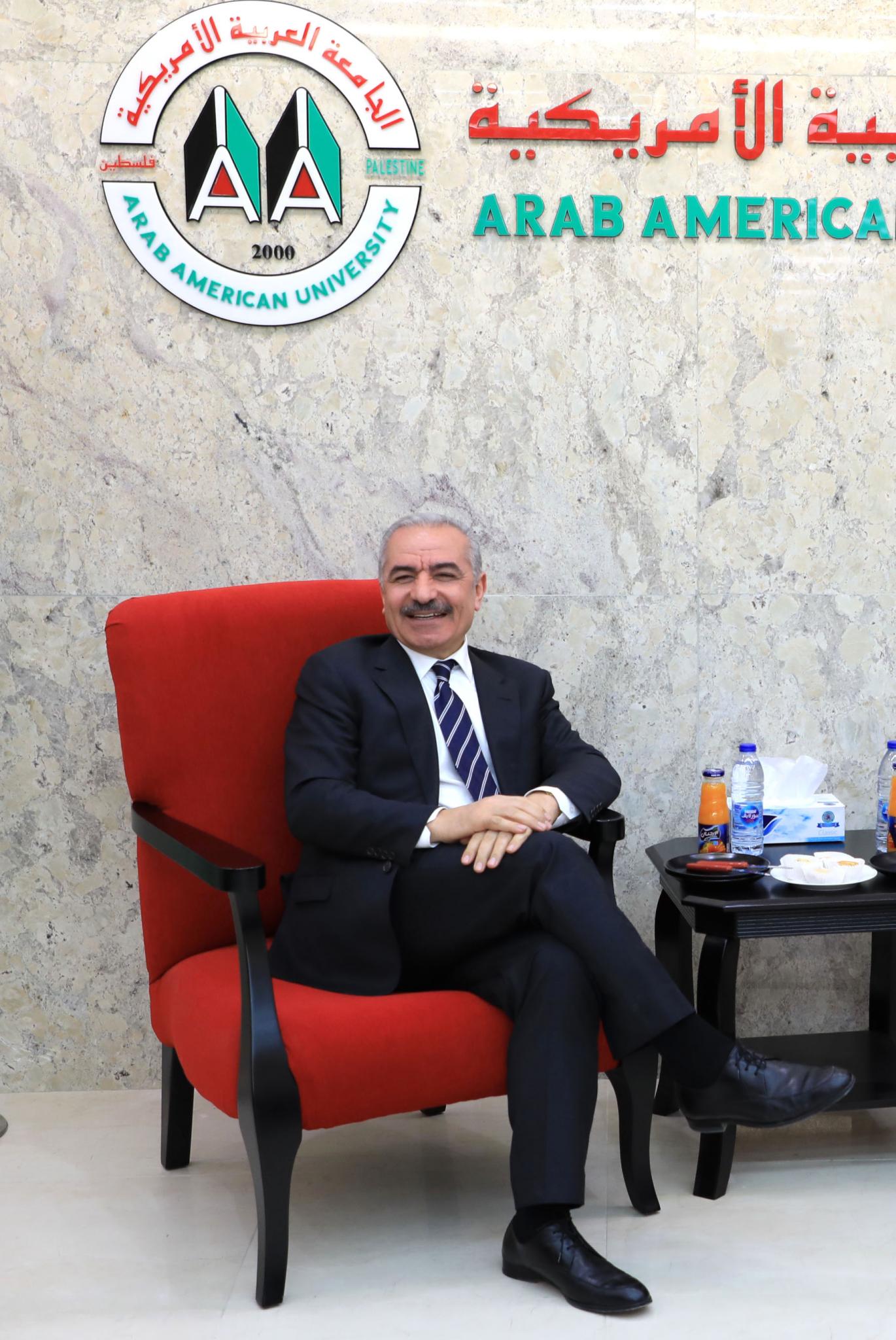 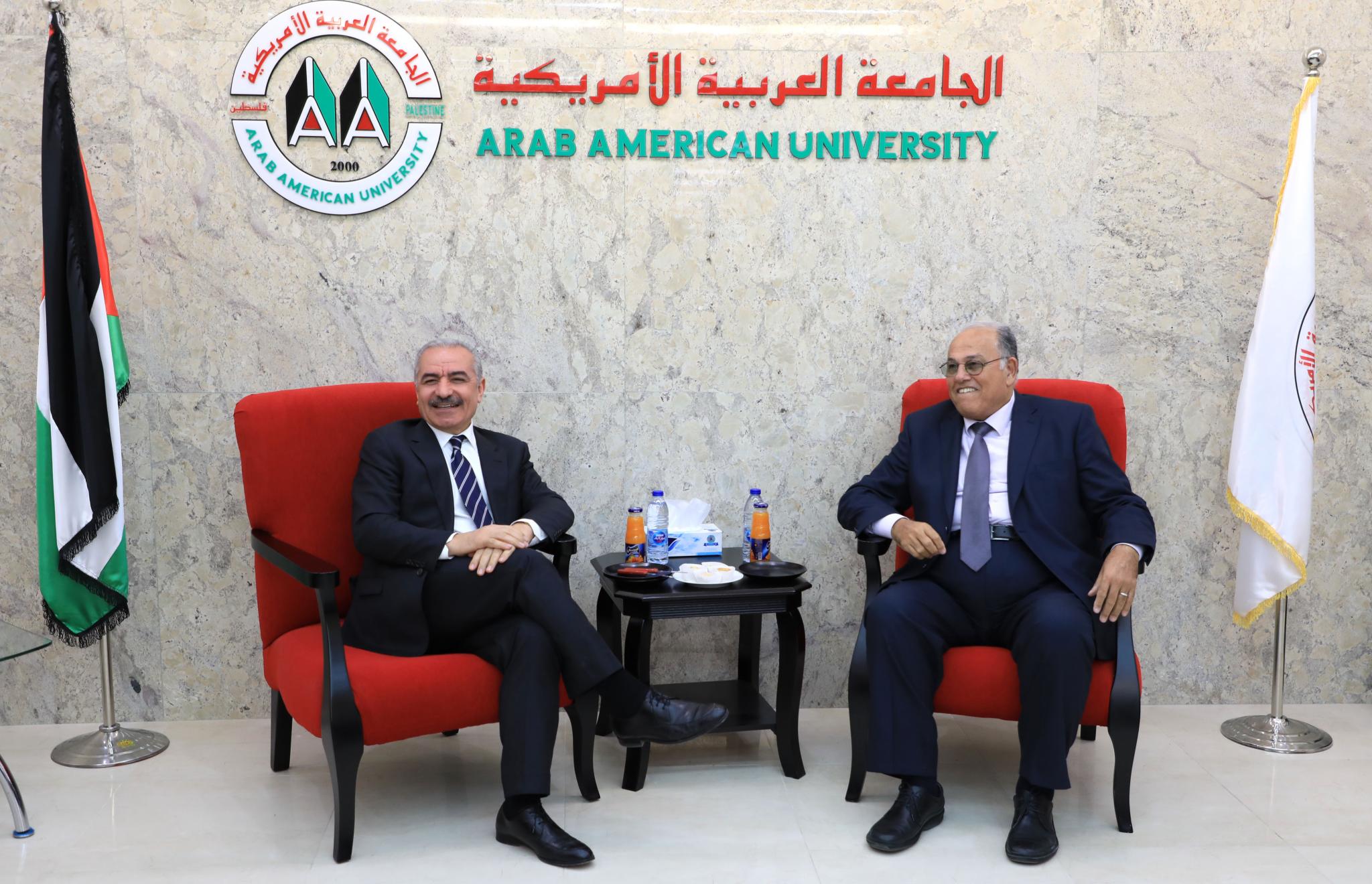 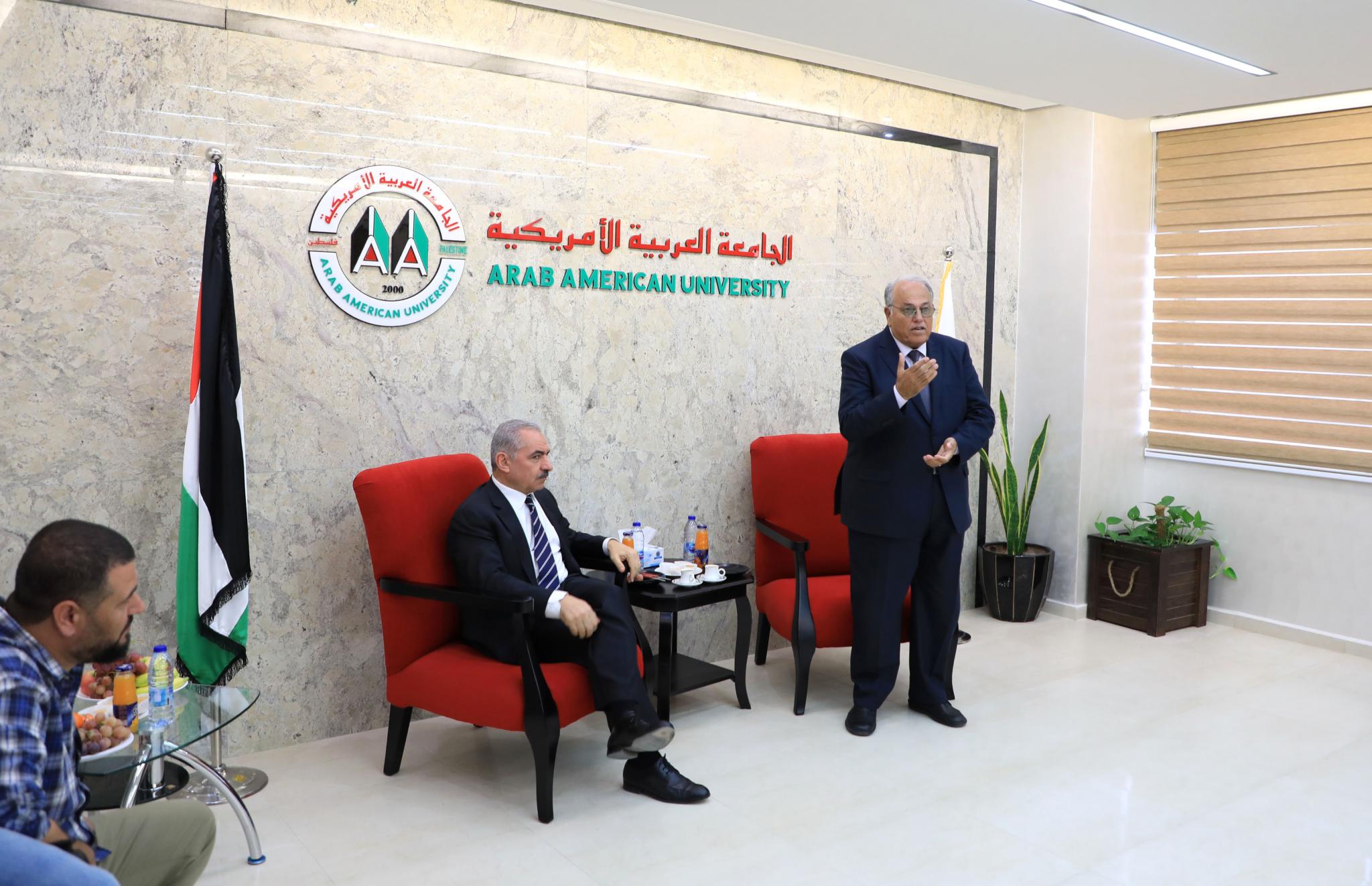 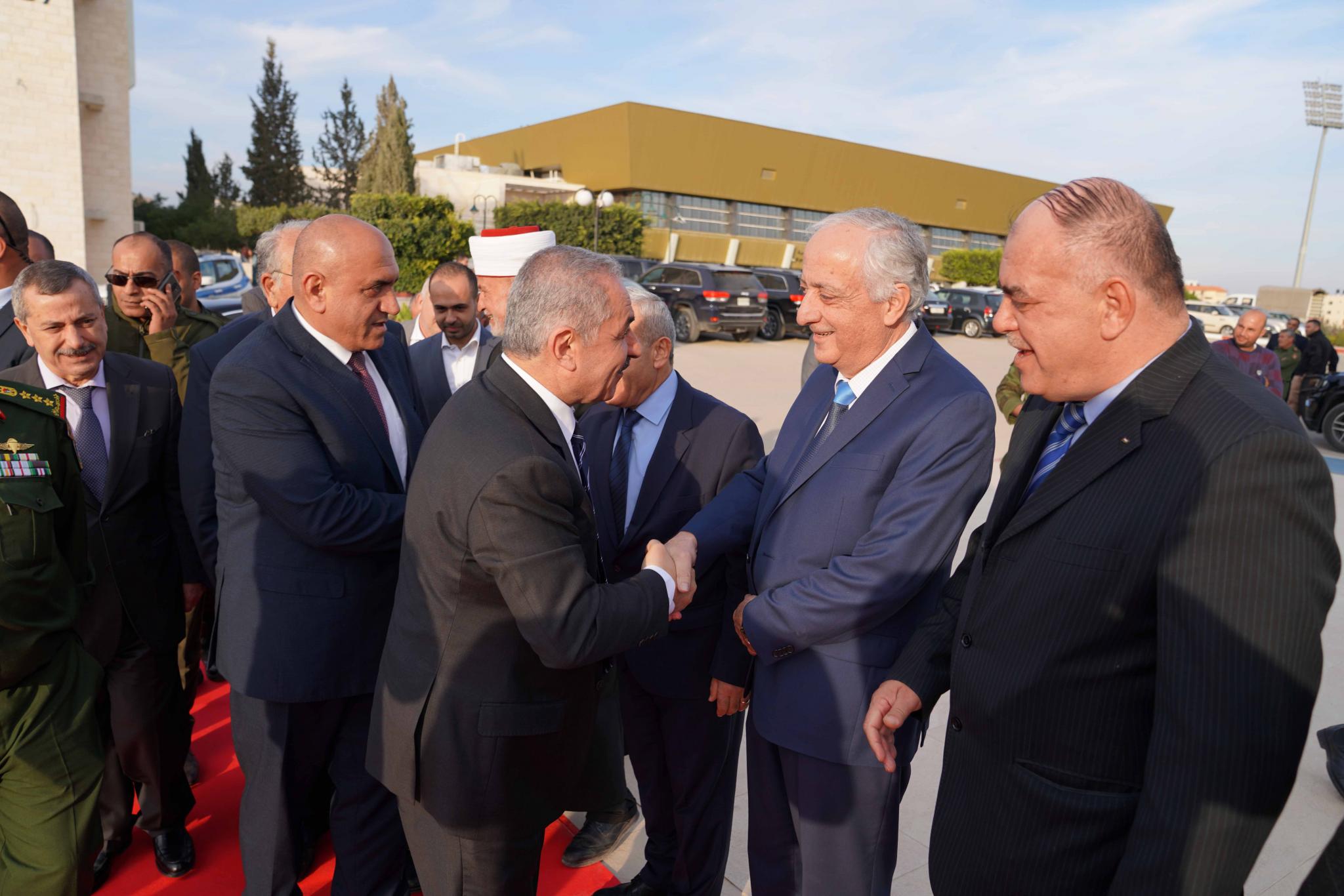 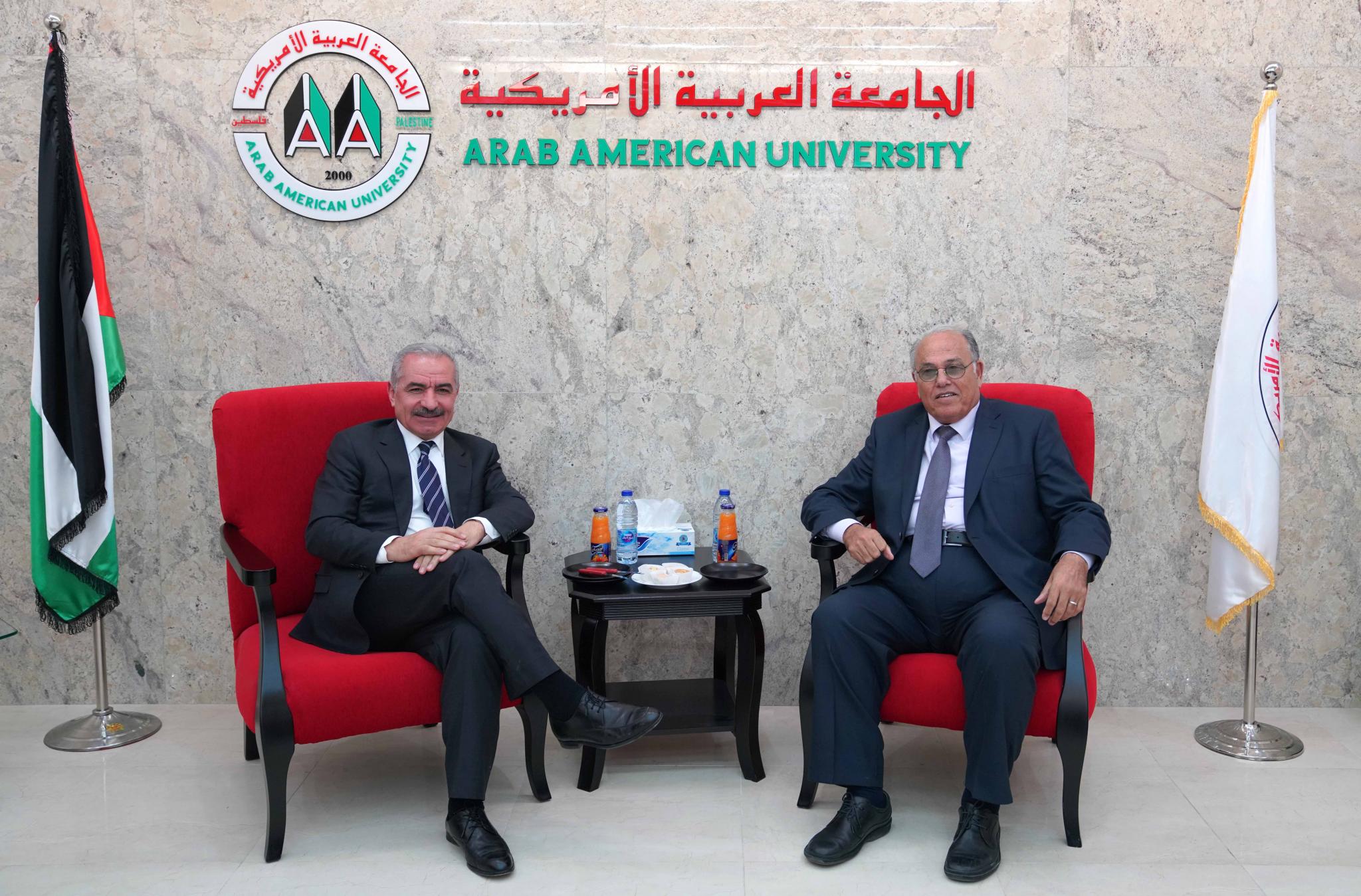 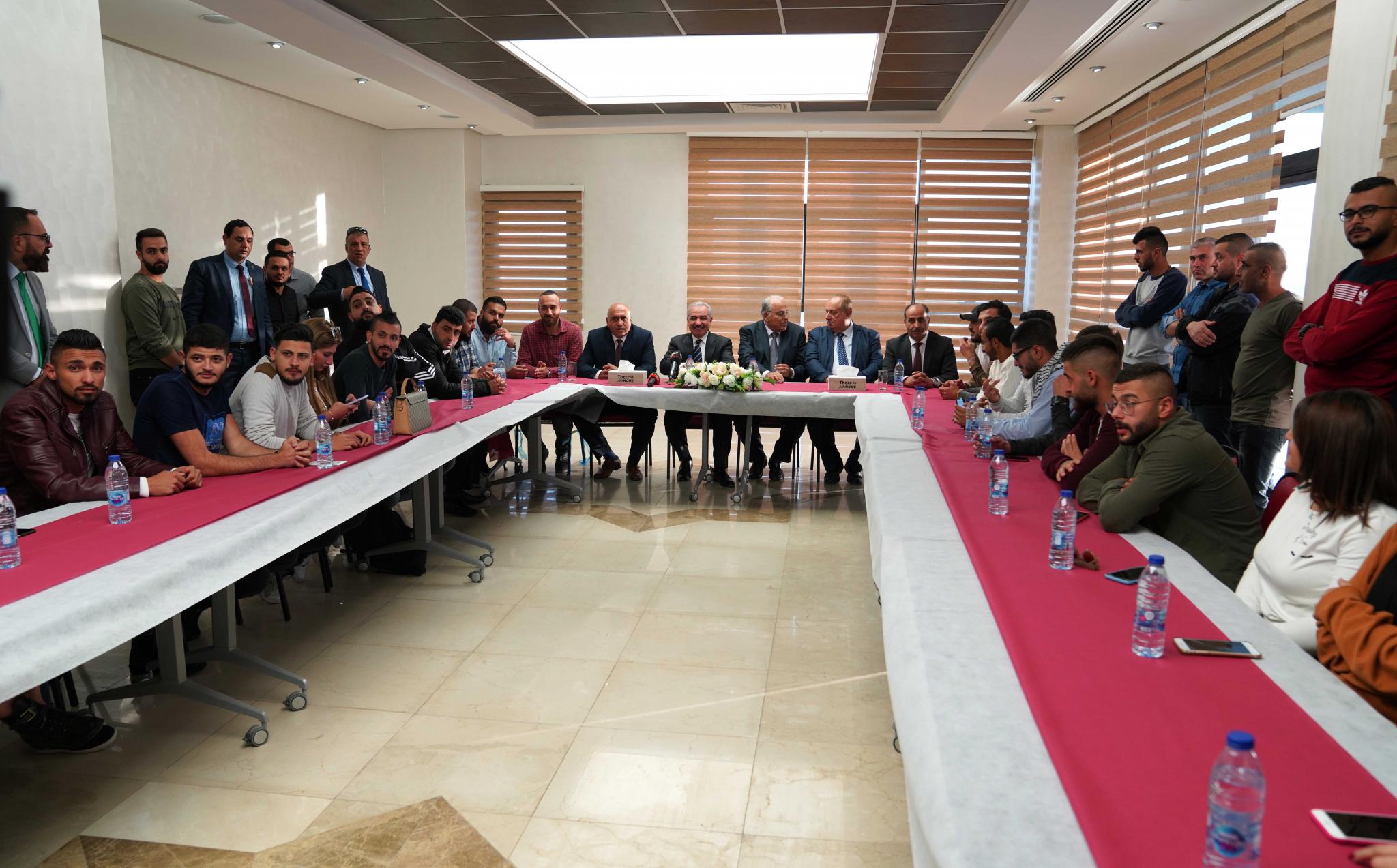