A Delegation from the Palestinian Police visits the University, aiming to enhance mutual cooperation. The delegation was welcomed by the VP of Training Affairs Dr. Nizam Diab and the VP of Administration & Financial Affairs Eng. Bara Asfour. 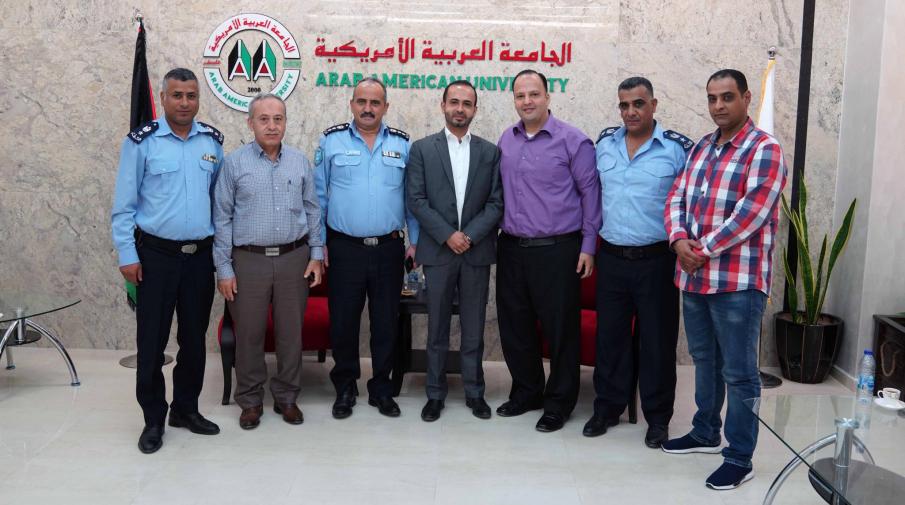 Eng. Bara Asfour VP of Administration and Financial Affairs welcomed the delegation and praised the role played by the Security Services specially the Police for what they have offered from security, safety and order around the university, as he ensured the importance of mutual cooperation between the two parties.

Dr. Nizam Diab VP of Training Affairs, from his side expressed the readiness of the university to open its doors to carry out the police targeted activities regarding spreading awareness, pointing out that the partnership between the two parties is organizing through workshops and various activities.

The Chief Colonel Nadi Halahleh, greeted the university on behalf of the General Director of the Police Major General Hazem Attallah. Where he ordered the police to give high importance regarding security issues.  Pointing out that the police is always available in university area, and on the roads. As he explained that the mobile police station is weekly available near the university to provide various services to the community, assuring the importance of security relationship between the university and police.

The Director of Academic Affairs at the Police General Directorate Col. Mansur Khuzaimia, pointed to the strong relationship between the police and the university, pointing out that 60 students from the police officers are studying at the university in bachelors degree, in addition to 15 officers in master's degree at the university campus in Ramallah, ensuring the importance of communication between the two parties in organizing awareness workshops about the danger of drugs and cybercrime and other related issues for the sake of the students. 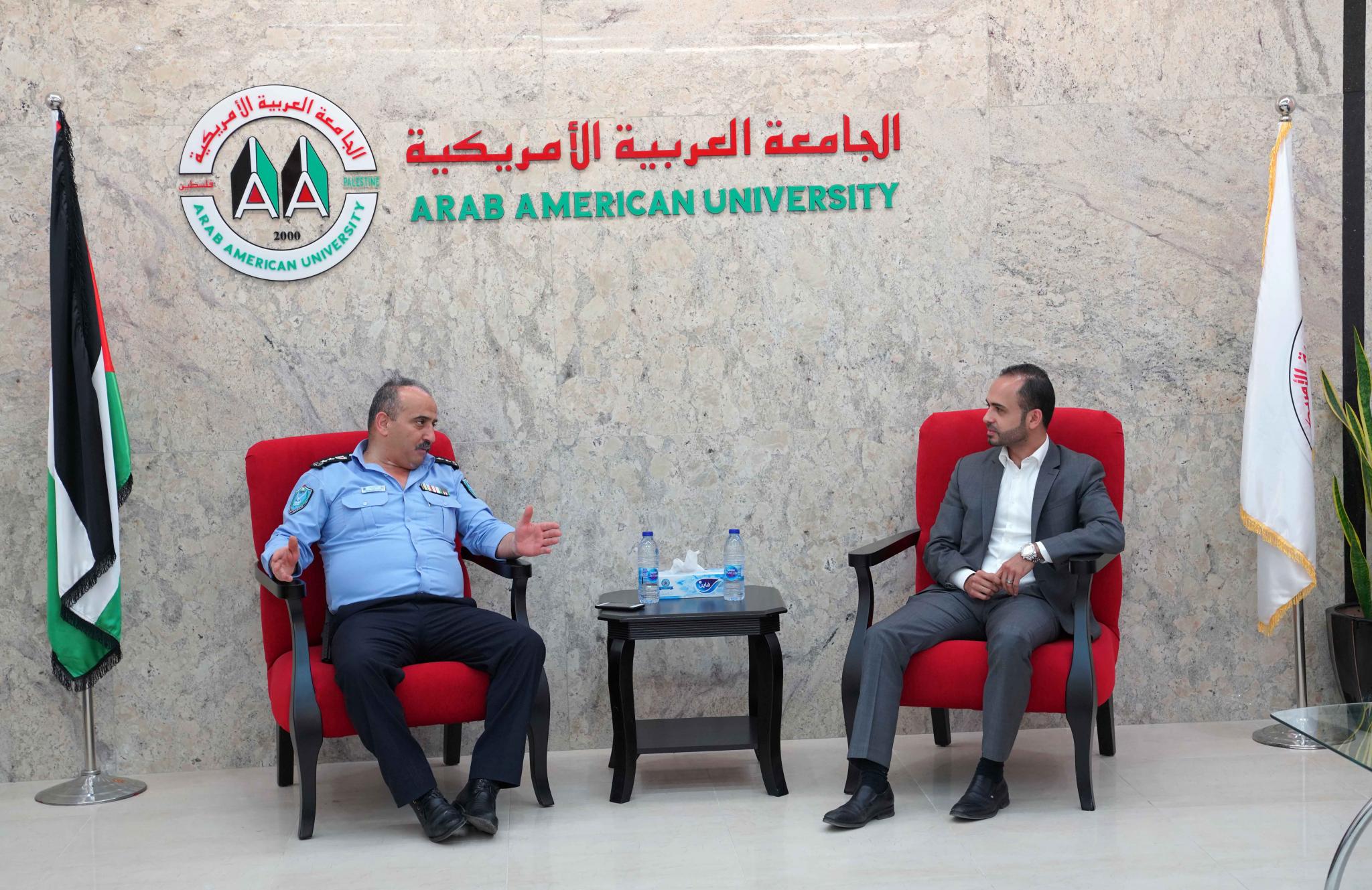