Skip to main content
♫ ♩
♩
♯ ♪
♪
FM
Home NEWS A study by Arab American University: 93% Confidence that Palestine will be able to Win its Battle against the Coronavirus

A study by Arab American University: 93% Confidence that Palestine will be able to Win its Battle against the Coronavirus

In a recent survey study done by the Arab American University on a random sample of 1700 Palestinian of 18 years old and older who were randomly selected and contacted through the phone between April 19th, 2020 and May 1st, 2020, information were collected for a survey on the knowledge and practices concerning the Coronavirus in the West Bank and Gaza. This study that was supervised by Dr. Nouar Qutob - the Head of the Health Sciences Department in the Faculty of Graduate Studies, was upon the interest of AAUP in enriching the knowledge related to the Coronavirus (COVID-19) in the Palestinian society. 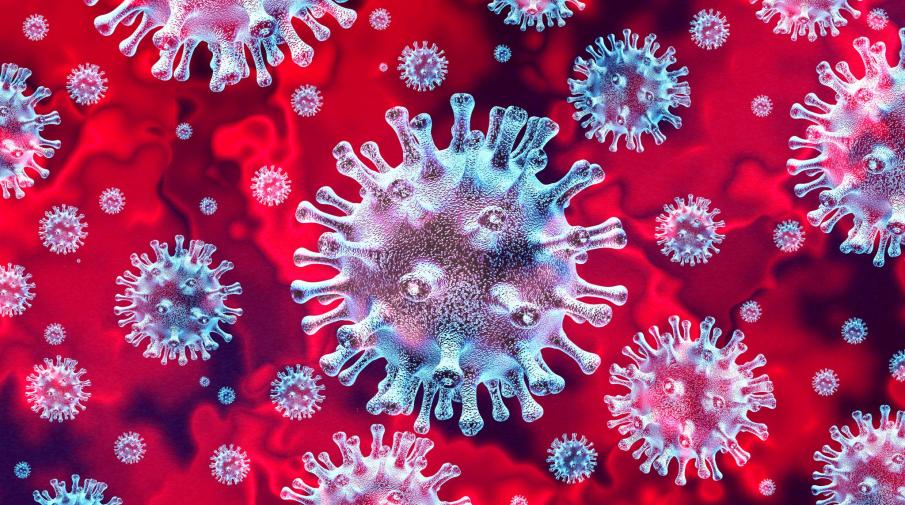 Study results showed that 88% of the sample (85% in the West Bank and 92% in Gaza) thinks that currently there is no available effective treatment for COVID-19, and 41% of the sample thinks that the warm weather will stop the spread of the disease. Whereas 89% of the sample (92% females and 86% males) thought that this disease is now under control.

About the confidence of people that Palestine can and will win the battle against COVID-19, the study showed that 93% (91% in the WB and 96% in Gaza) trust that Palestine will win.

The results of this study showed that the majority of the sample 98% of both males and females in the WB and Gaza agreed that quarantine is the best and most effective way to reduce the spread of the virus.

Moreover, 93% of the sample (96% in WB and 89% in Gaza) said that they were committed to the government instructions during the emergency period.

10% of the sample in the WB said that they went to their jobs in “Israel” during the same week we interviewed them.

When we asked the sample about the categories which are at risk from this disease and might need intensive medical care, according to their opinions the categories are divided into two groups: the sick category and age category as the following:​ 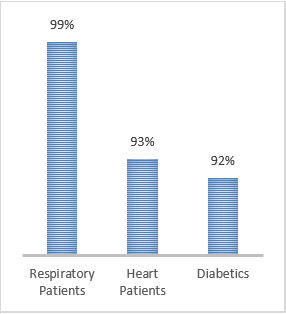 When talking about the category of sick people who are at risk from this disease, results showed that the highest percentage for people who need intensive care was for people suffering from respiratory diseases, then comes the heart diseases and then the diabetics according to the Palestinians opinion. 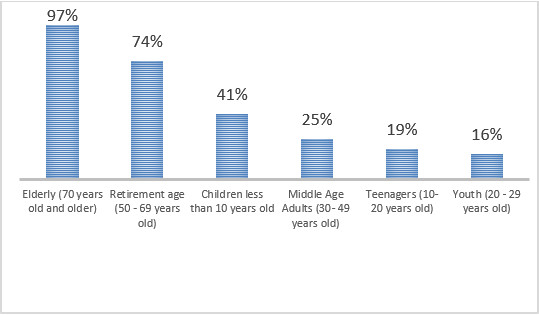 When talking about the age category, the study showed that the highest percentage for people who need intensive care was for elderly people of (70 years old and older), then comes people who are close to retirement age of (50-69 years old), then comes children who are less than 10 years old. And the results showed that youth between 20-29 years old are the least percentage to be at risk if they got the disease.

And for the behavior of the sample during the 7 days before the date of this study, the following picture shows the percentage of their behavior:

Results show that 97% of the sample washed their hands regularly, 86% kept a distance of at least 1 meter between them and any other sneezing or coughing person, and for their answers about wearing gloves when leaving their houses, 43% said that they do (51% males and 35% females) of which (50% in the West Bank and 30% in Gaza).