A Ukrainian Delegation Visits the University

The Vice-President for Academic Affairs Dr. Zaki Saleh, welcomed the Ukrainian delegation and the Ukrainian Ambassador to the State of Palestine Mykola Plashenko, to discuss ways of cooperation between Ukrainian research centers, universities and AAUP. 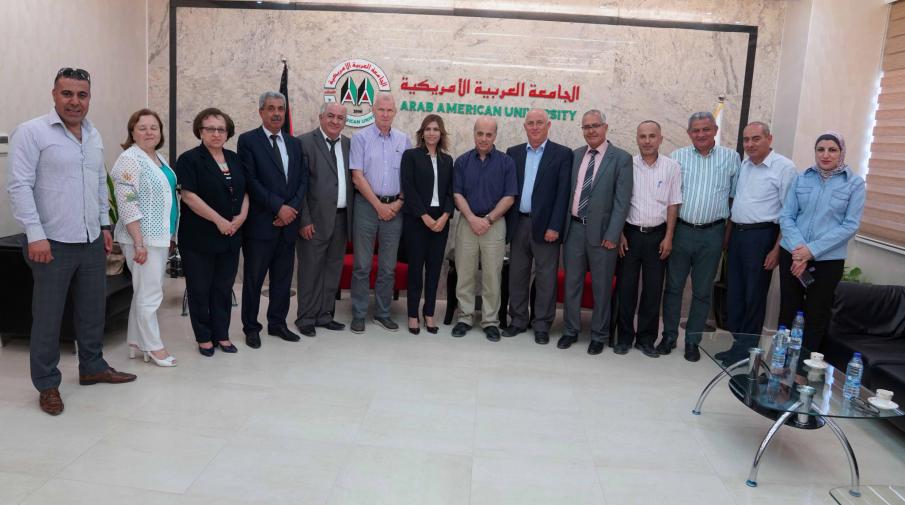 A Ukrainian delegation visits the university

The delegation was also welcomed by Vice President for International Relations Dr. Dalal Erekat, Dean of the Faculty of Law Dr. Ghassan Alian, Dean of Student Affairs Dr. Bashar Daraghmeh and Head of the Public Law Department Dr. Hikmat Amarneh. Meanwhile the delegation included the Professor of International Relations and Law at the Ukrainian Universities Prof. Victor Morivov, President of the Association of University Graduates and Institutes of Ukraine Dr. Arij Odeh, PR Officer of the Association Dr. Tawfiq Harzallah, and members of the Association the Judge Louay Hamarsheh, Ali Zaki and Tawfiq Jabarin.

The Vice-President for Academic Affairs Dr. Zaki Saleh gave a brief history of the university and its programs in PhD, MA and BA degrees. He added that the university works on many objectives concerning academic development, scientific research and community service. As the University's continuous efforts to develop distinguished academic programs, in addition to providing services to the local community, assuring the importance of partnership with international universities.

The Professor of International Relations and Law at Ukrainian Universities Prof. Victor Morivov said that he is visiting Palestine with the tension to know more about law and faculties of law in the Palestinian universities. He also expressed his happiness for this visit and praised the development of the university and its academic programs, pointing to the need to open prospects for cooperation and academic exchange between the university and Ukrainian universities, especially in the field of law.

The Ukrainian Ambassador Mykola Plashenko expressed his readiness to cooperate and open the prospects of partnership with the Ukrainian universities, stressing the importance of this partnership, along with student and academic exchange between the parties.

During the visit, the President of the University Professor Ali Zidane Abu Zuhri, honored the Ukrainian Ambassador Mykola Plashenko and the Professor of International Law Prof. Victor Morivov with an appreciation shield. At the end of the visit the delegation took a tour around the university faculties and facilities. 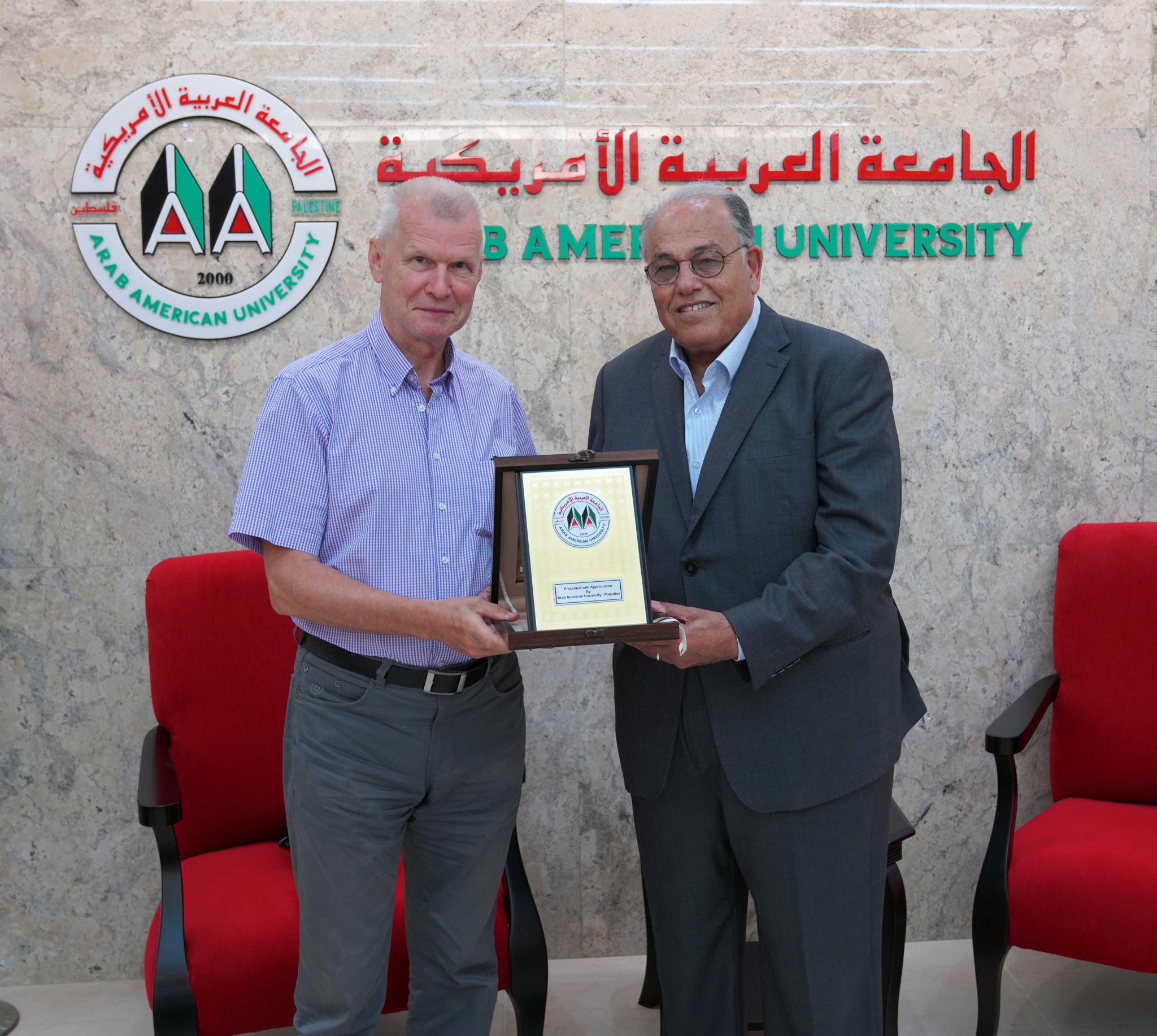