The President of the Arab American University Prof. Dr. Ali Zeidan Abu Zuhri, and Dr. Bishara Bisharat Director of ‘English Hospital’ in the city of Nazareth and Head of the Association for development of the Arab Community health, discussed the prospects of cooperation in training the students of the Nursing College from the Palestinian territories of 48, they also discussed the exchange of expertise in the theoretical and scientific medical field, and to conduct joint scientific researches, and in organizing medical specialized workshops and seminars. 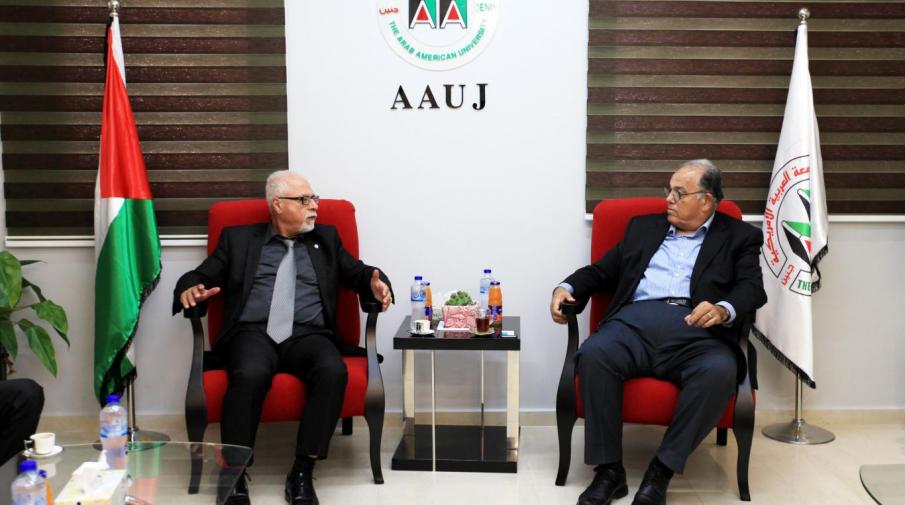 Dr. Bisharat visited the University, accompanied by the Director of Nursing department at the English hospital Mr. Afif Darawshe, and the Director of external relations at the hospital M. Rola Boulos Labis, and the visit coordinator Mr. Anan Al-Deek, where they were greeted by the President of the University in the presence of Vice President for Training Affairs Dr. Nizam Diab, the Dean of the faculties of Nursing and supportive Medical sciences Prof. Dr. Mohammed Asia, and the Director of Public Relations Mr. Fathi E’mour.

During the reception, Prof. Dr. Abu Zuhri praised the 'English Hospital' in Nazareth, and the scientific biography of Dr. Bisharat.  Then he gave a detailed explanation to the visiting delegation about the university in terms of its inception, objectives, future vision, the colleges and the academic programs at the bachelor's and master's, especially the medical ones, and the plans to develop a number of developmental disciplines that meet the needs and aspirations of the community.  He explained that the university is going at a steady pace for excellence which is adopted as slogan and title towards universal, through the continued development of the Academic programs, and building partnerships with local and international institutions, and the adoption the best medical equipments and laboratories in the faculties of medical and supportive sciences, and nursing science, in order to enhance students' abilities and qualify their skills, and intellectually and scientifically.

On his part, Dr Bisharat was delighted to visit the Arab American University and assured that it has a good academic reputation among Palestinians inside the occupied territories in 1948 as well as the West Bank, and that the ‘English hospital’ is keen to open up the prospect of cooperation with the university in many areas of common interest especially the training of students of the Nursing Faculty.

He talked about the ‘English hospital’ in terms of incorporation, the competent medical staff, and various departments and medical services provided to patients, and engagements and cooperation with international hospitals, and aspirations of continuous progress, and the opening of many sections for the new diseases.  He also confirmed that the ‘English Hospital’ in Nazareth was the first hospital established in Palestine.

Dr. Bisharat also met with the Dean of the College of Nursing Dr. Asia, and the faculty members at the college, and discussed ways and mechanisms to start implementing the training program to the college students from the interior Palestinian territories in the ‘English Hospital’ in Nazareth, and contributions to strengthen their medical skills, and how to deal with pathological cases accompanied by specialists and experts from the hospital staff.  The conferees agreed on exchanging scientific and theoretical expertise in the field of nursing and other medical sciences and to hold specialized seminars.

Dr. Bisharat toured the campus, during which he got acquainted to its colleges, academic programs, centers of training and its developmental projects.  He also visited the faculties of Supportive Medical Sciences and Nursing and checked out their advanced laboratories, and patients' parities.  He praised the enormous medical equipments provided by the university for its students in the field of medical science, and also praised the faculty members in both colleges and their staff, and methods of training the students in the Arab American University which emulate what is applied in the international universities. 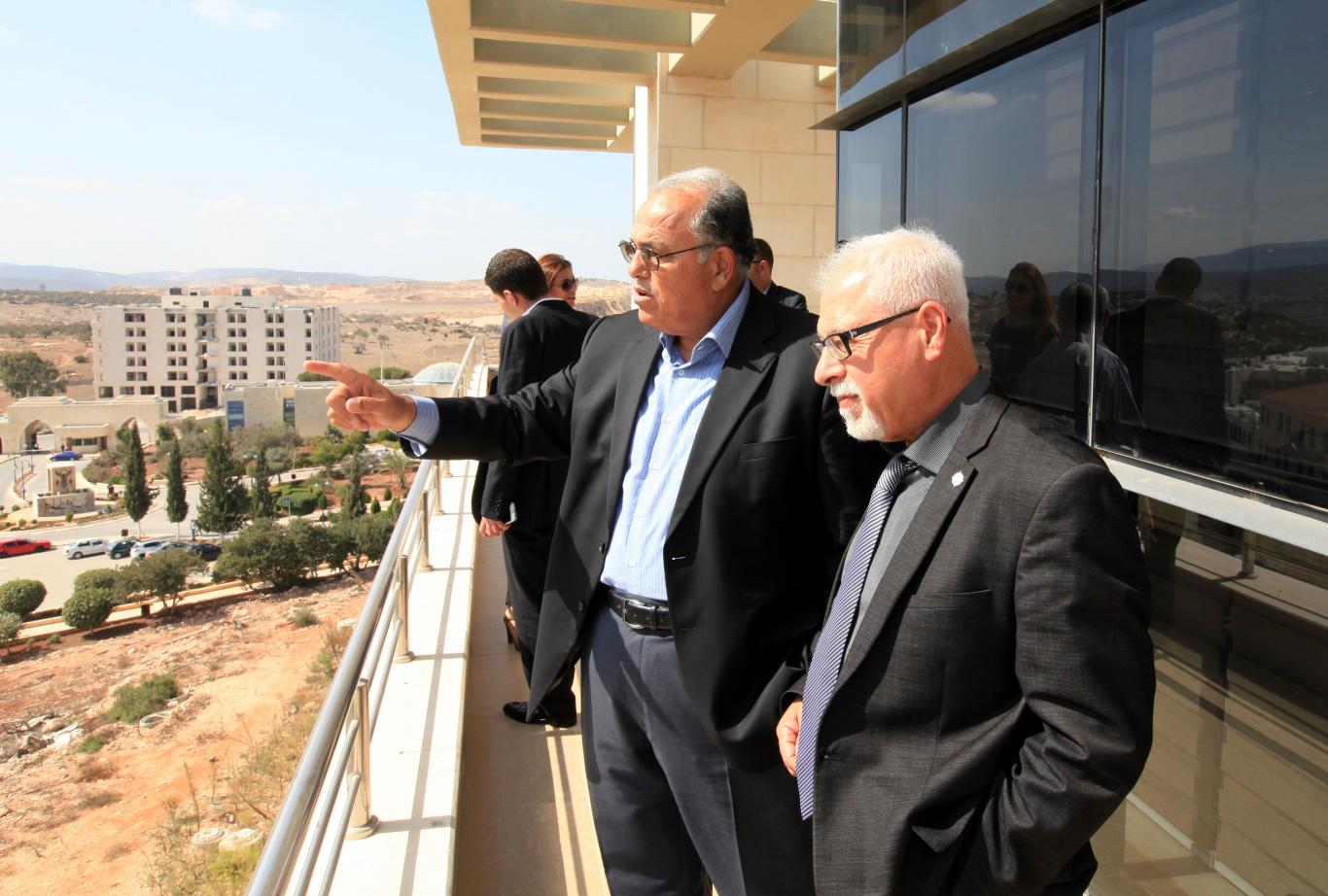 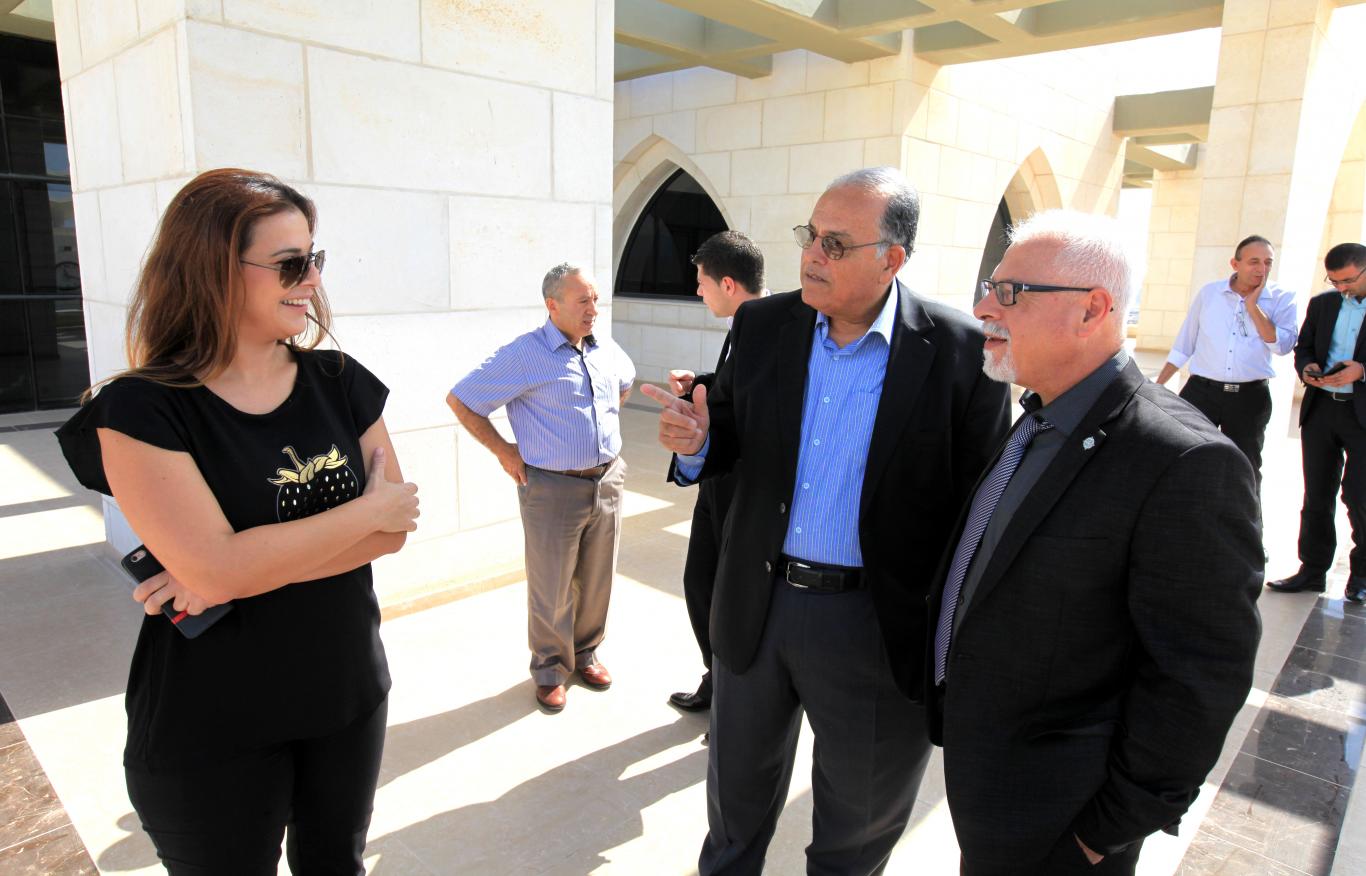 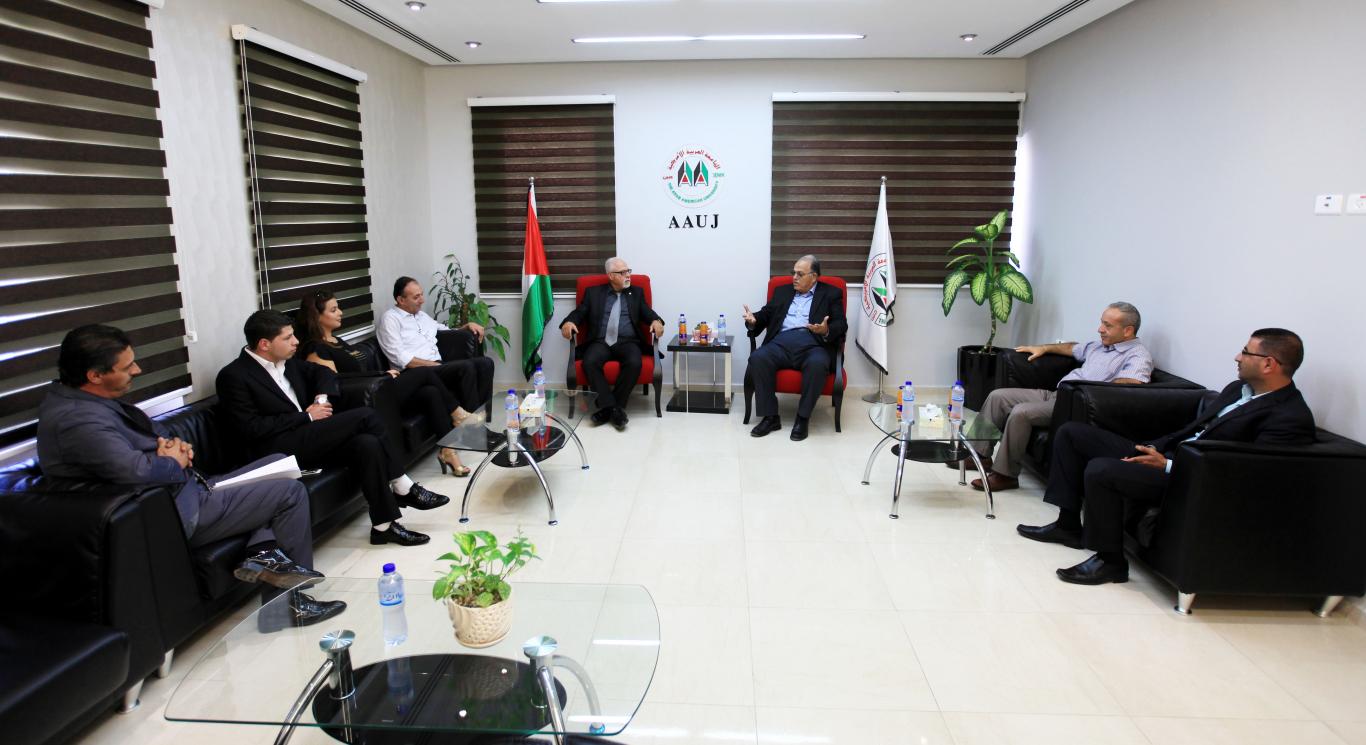 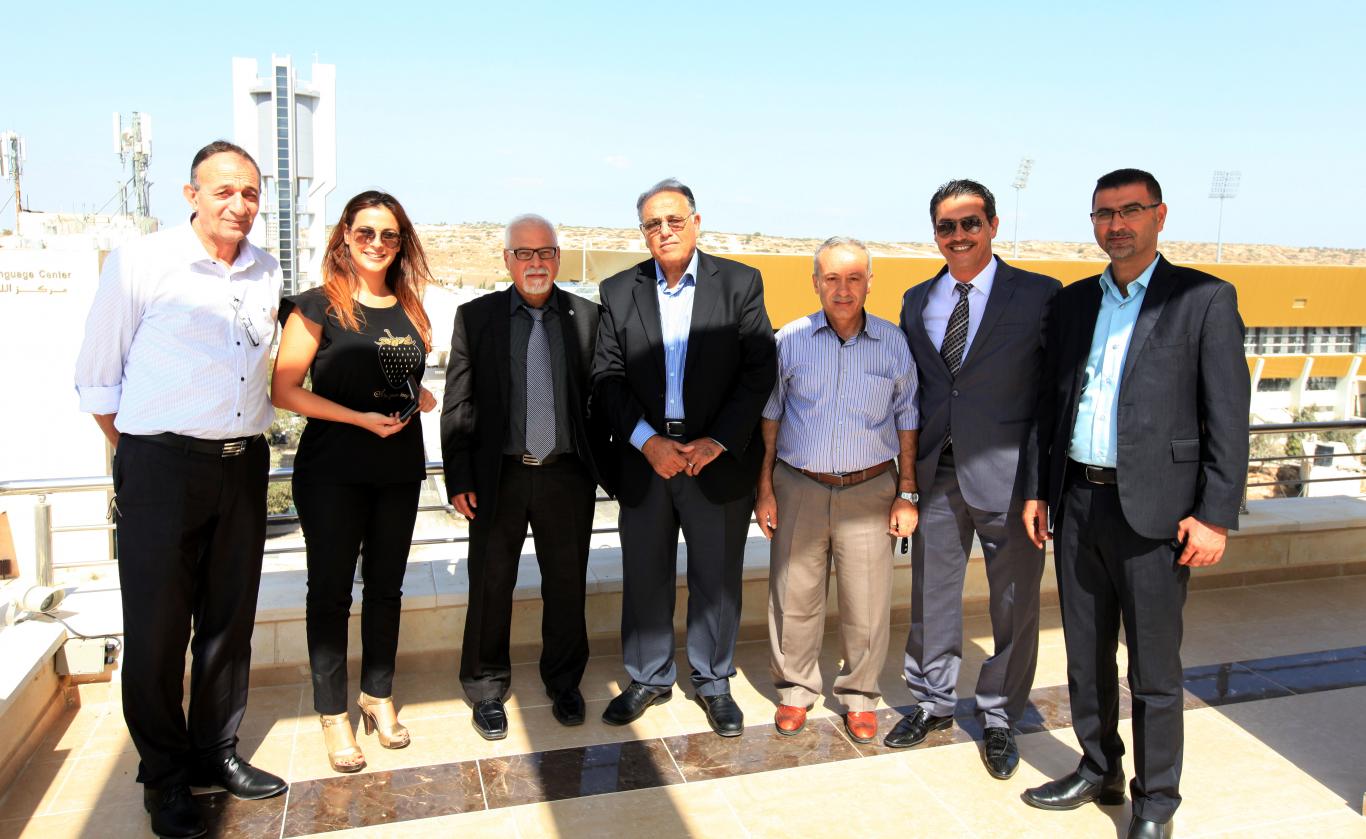 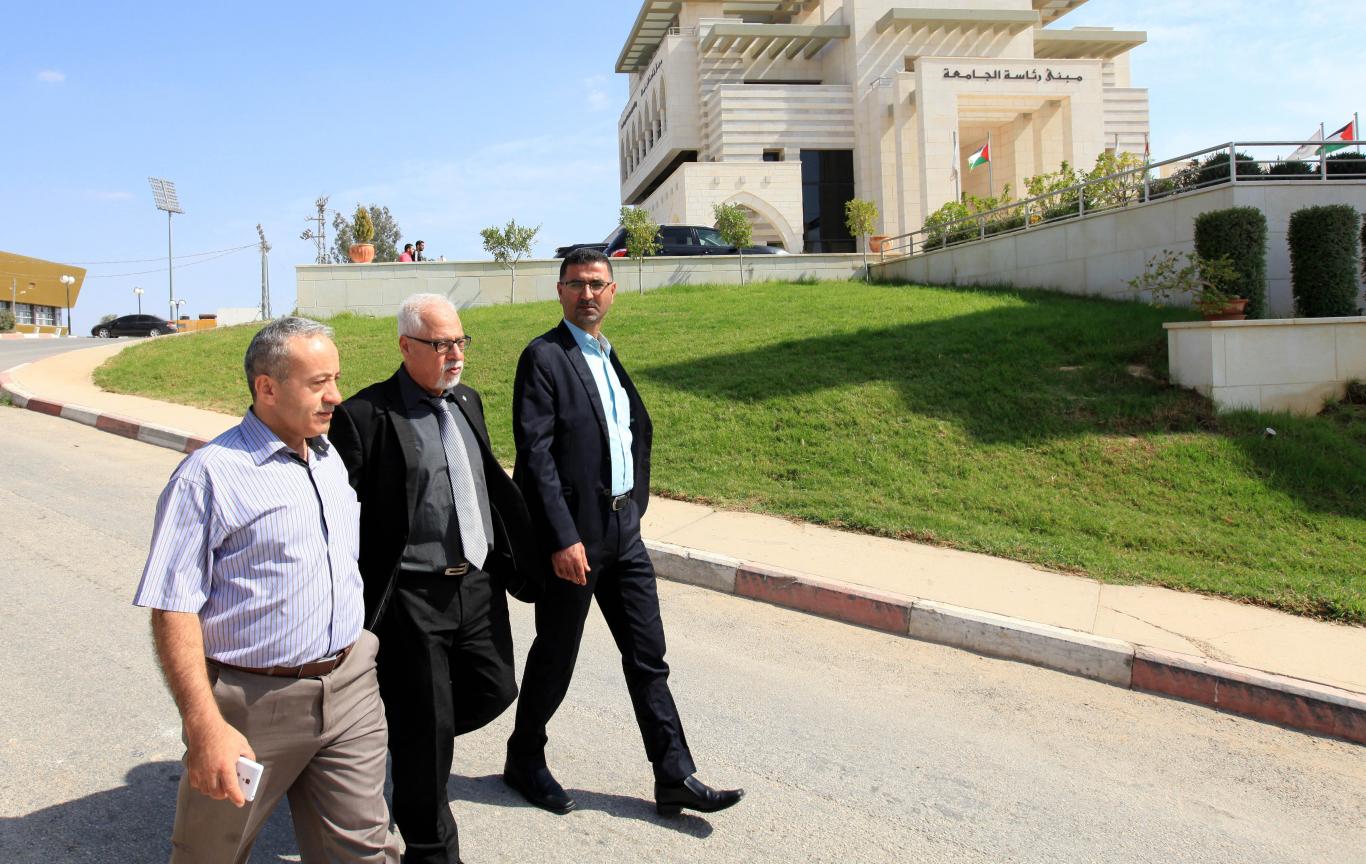 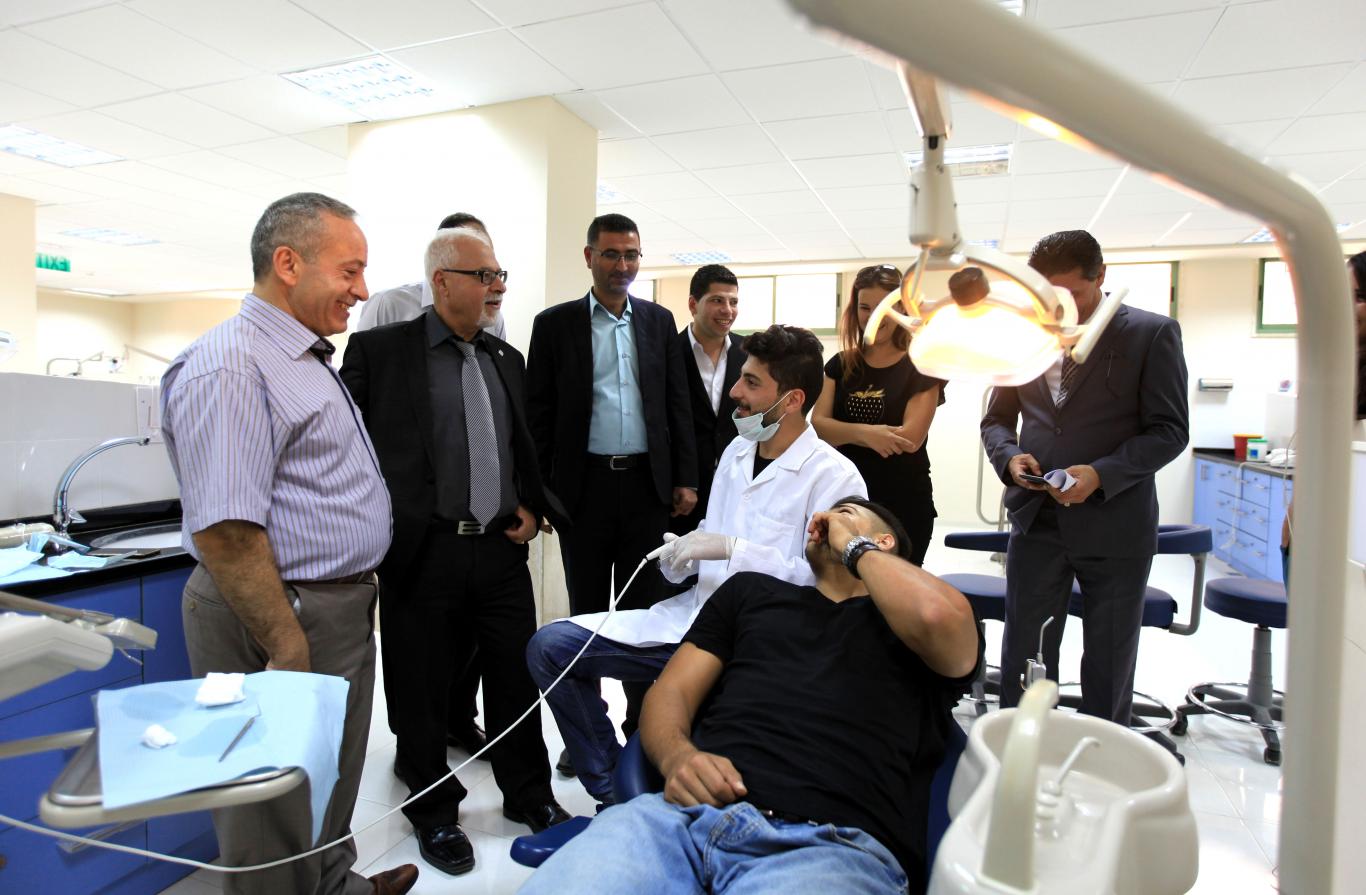 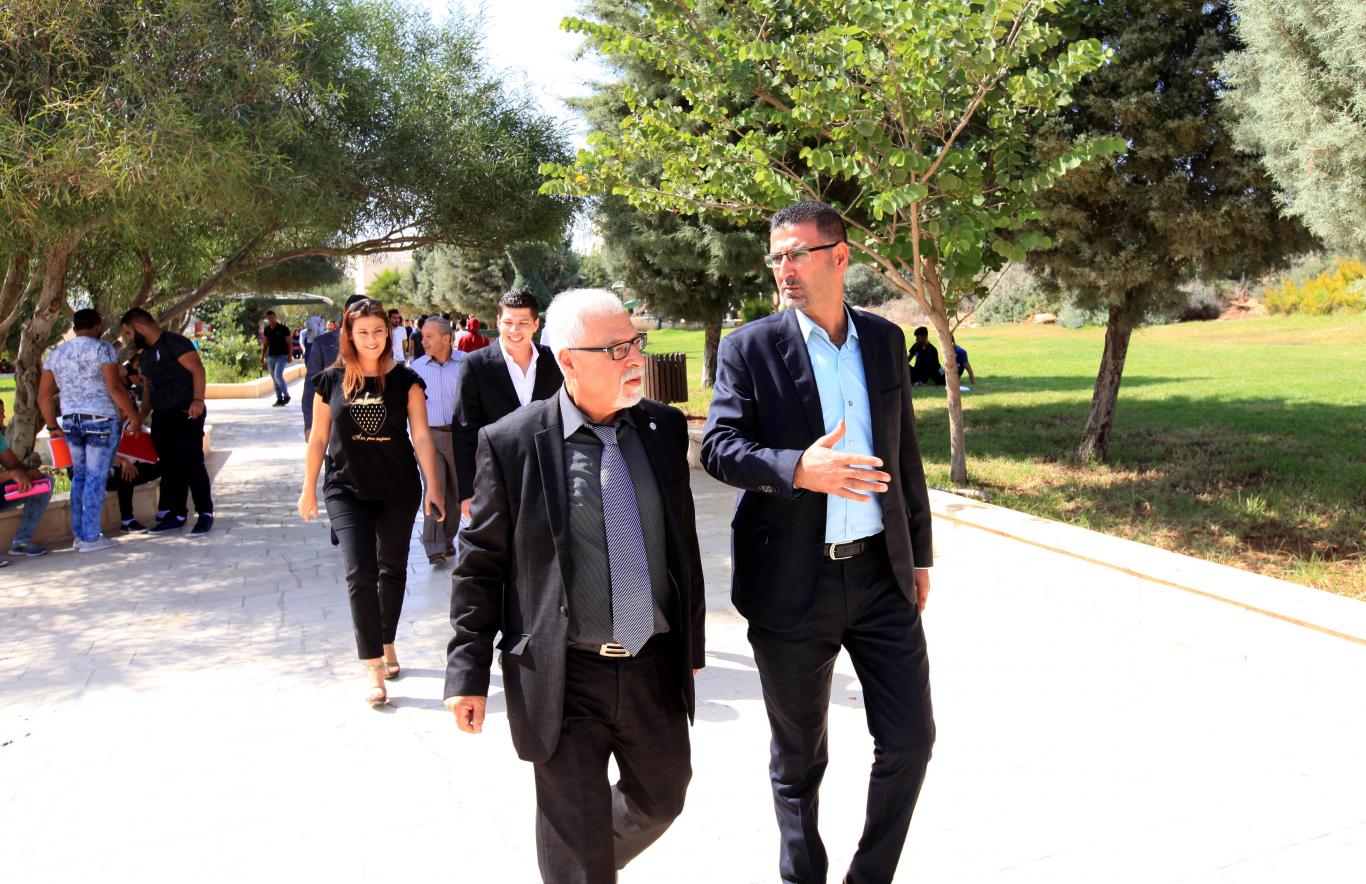 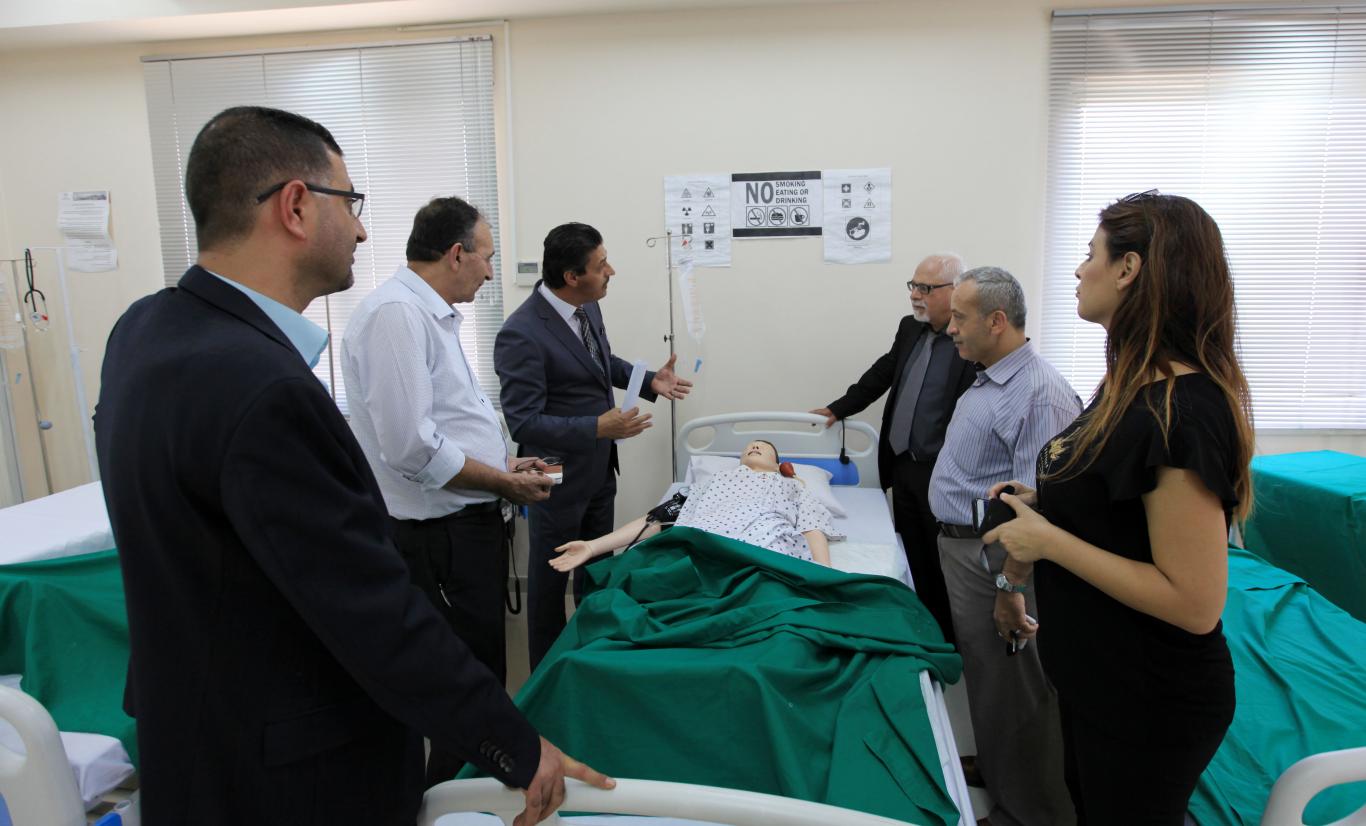 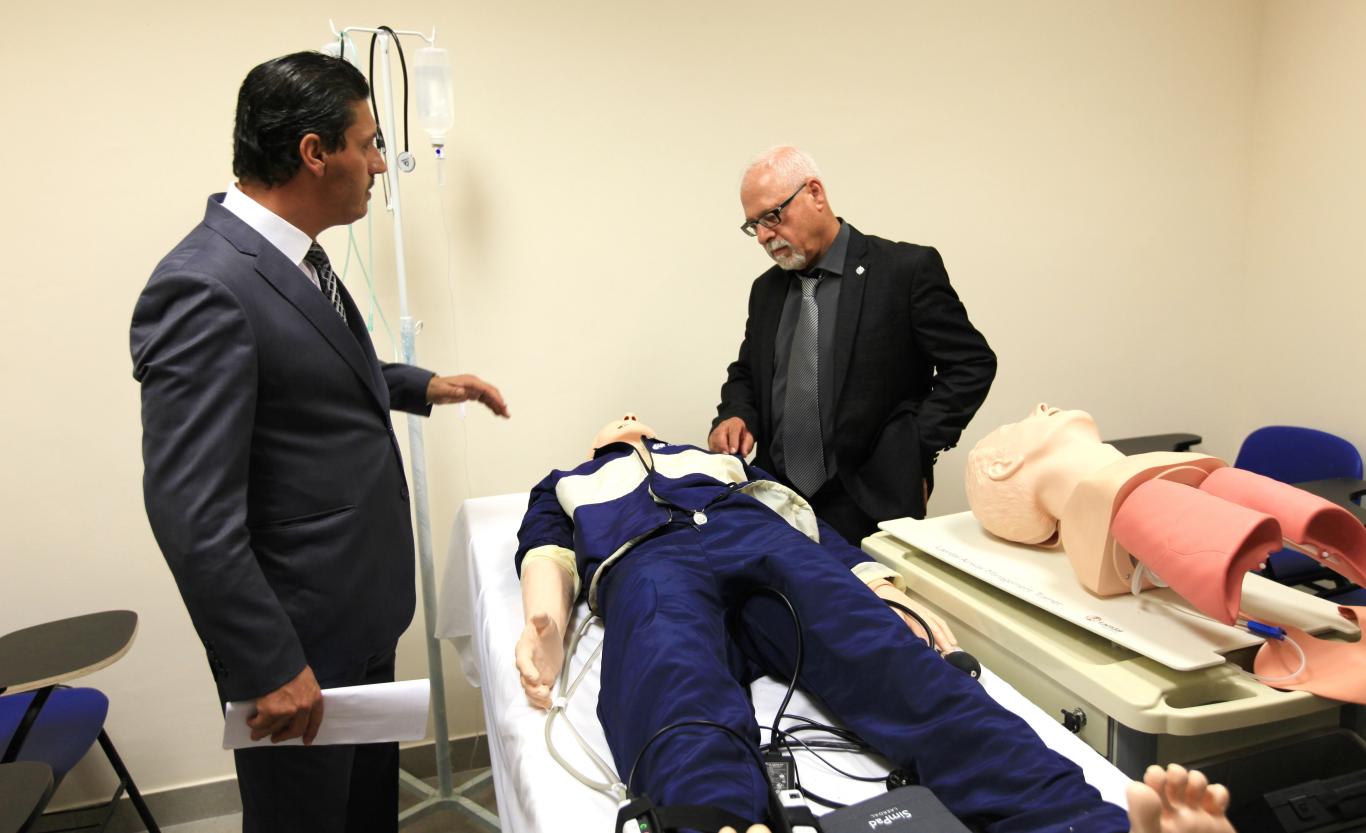 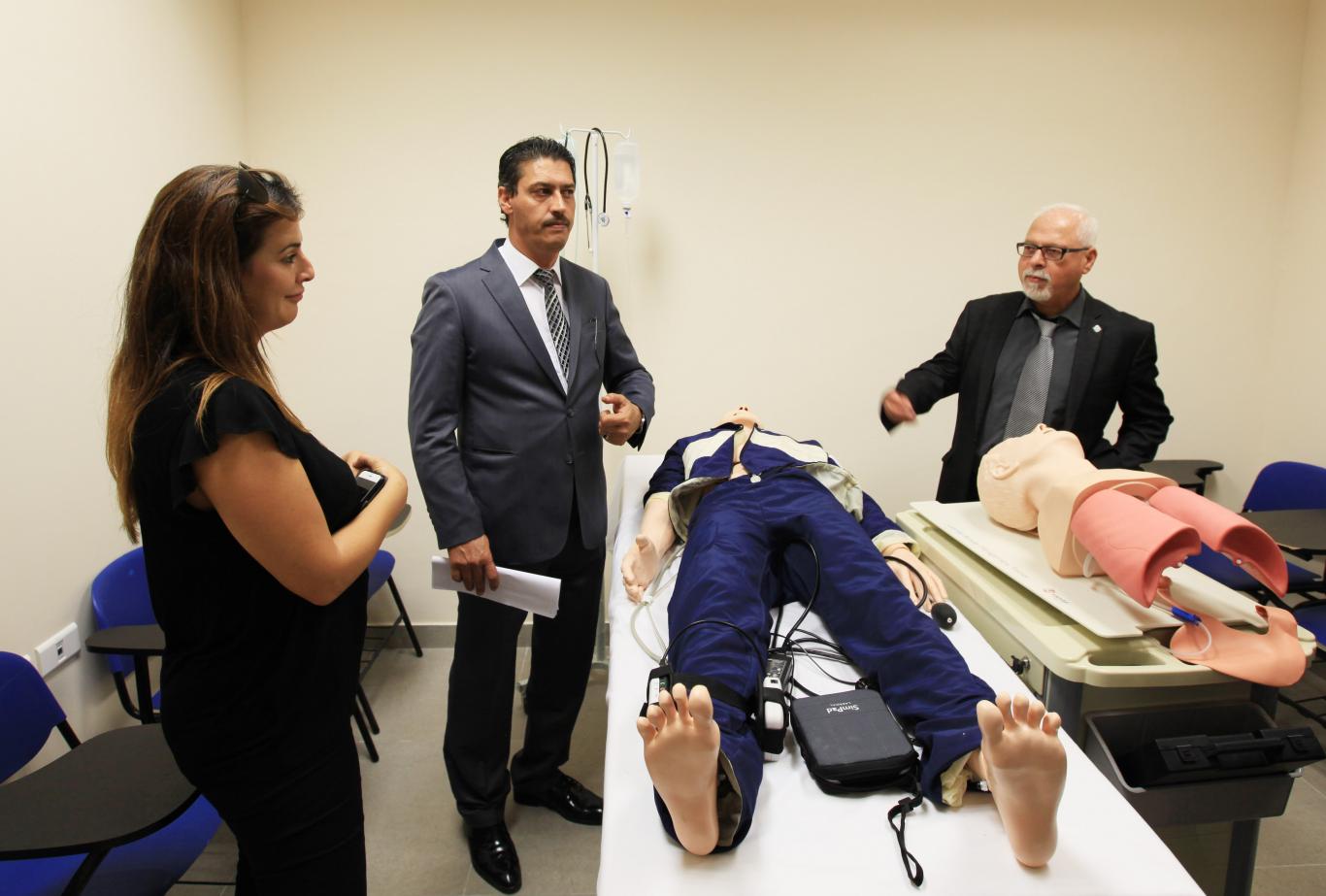 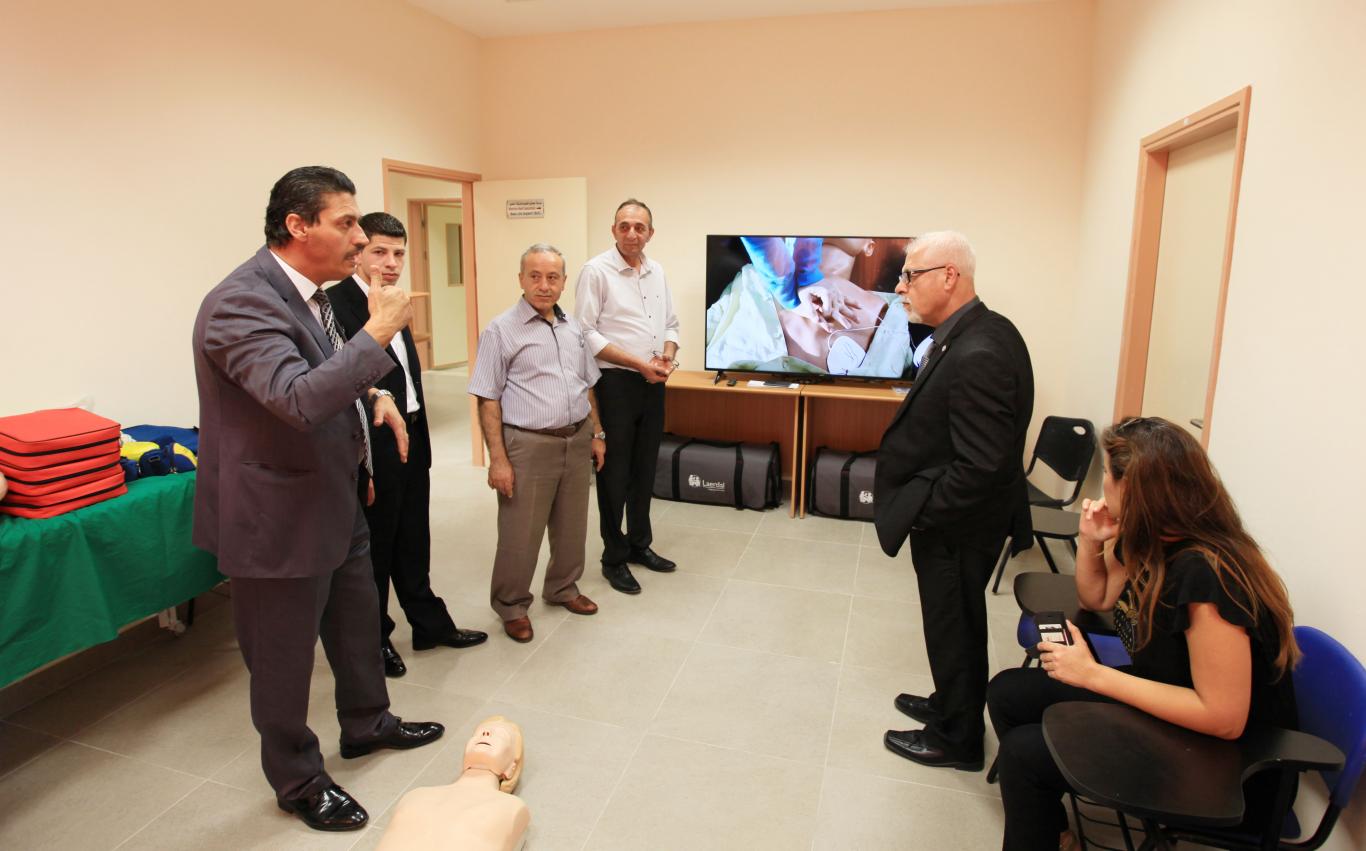 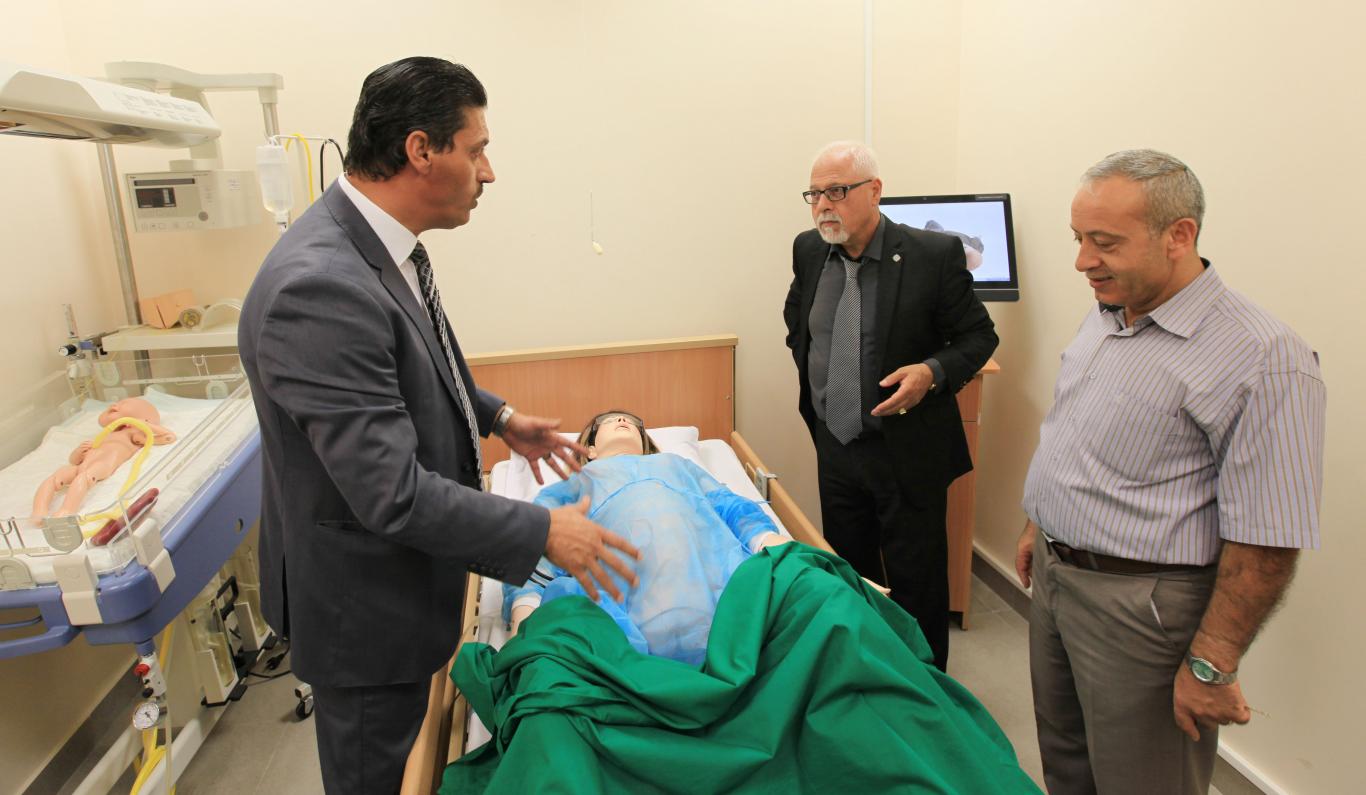 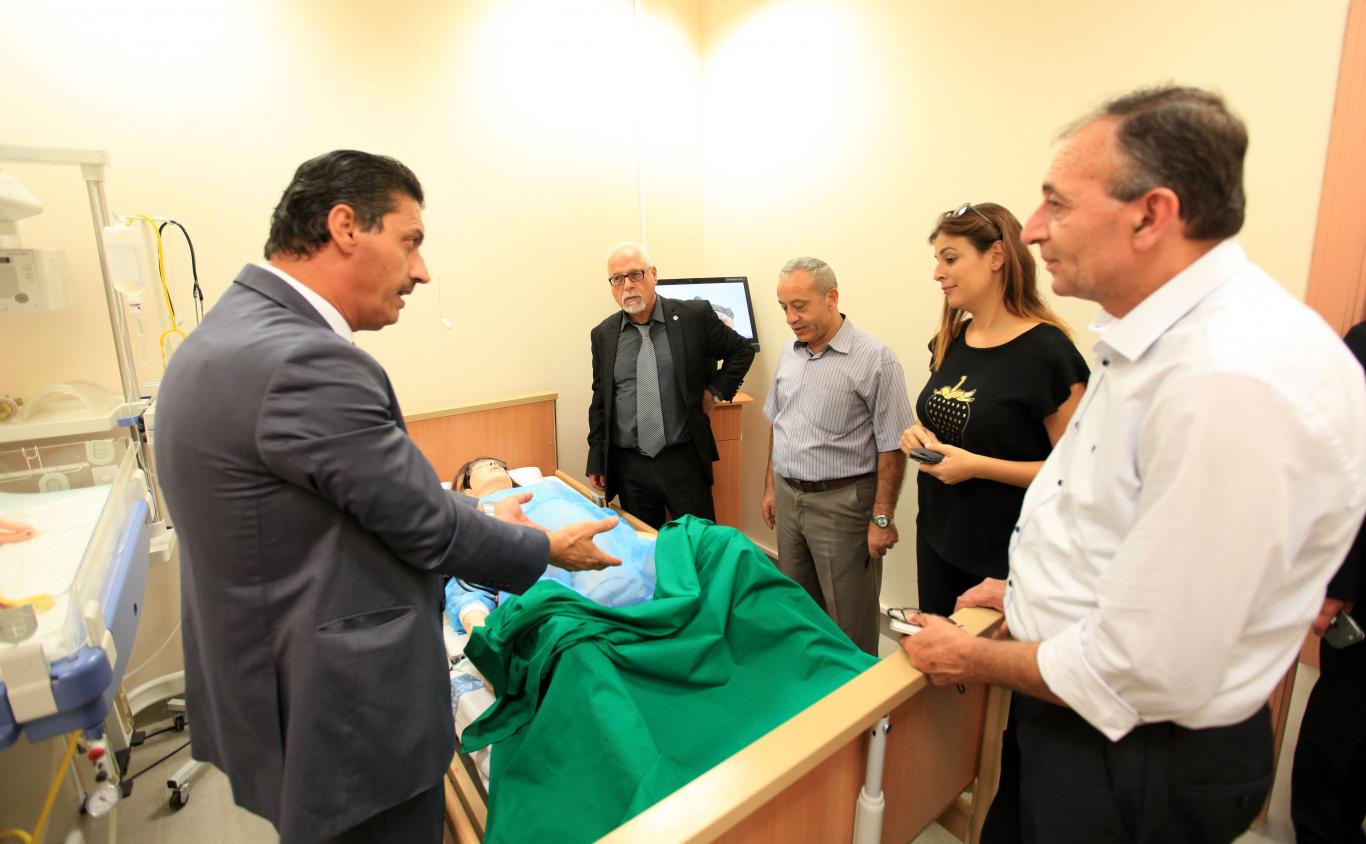