The Arab American University hosted the global “TEDx” conference under the title  “TEDx AAUJ”, a global program by the American TED Foundation in 2009, and each country organizes the Conference on an annual basis, in which individuals’ creations are presented via videos to spread their ideas. 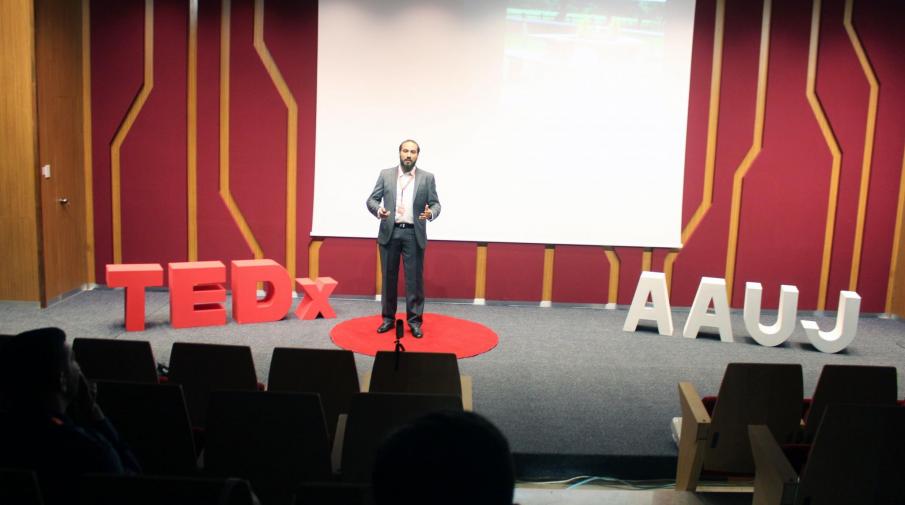 Individuals who believe in publishing ideas that worth spreading from different countries around the world gets a license from “TED” to organize local conferences. “TED” is a non-profit organization whose motto is to “Ideas Worth Spreading”.

Ted's idea was launched at a four days conference in California, 25 years ago. Irt quickly evolved into an annual event that supports creative ideas through several initiatives, especially inviting the world's top speakers and thinkers to talk in 18 minutes about their experiences in their fields of specialty. These talks are presented on the TED website.

The “Arab American University TEDx” team is a group of students and several Palestinian personalities who wanted to spread creative ideas and to bring positive change in society and to reflect an honourable image of the world, where speakers were effective in inspiring and creative Palestinian stories by selecting 14 speakers from Diverse backgrounds, to talk about issues in literature, science, philosophy, art, history, technology, and other topics, spread these ideas to find space for them and their inspiring stories away from any political dimensions.

The conference was launched by the Arab American University student affairs officer Joanna Hafi, where she welcomed the audience and stressed the importance of organizing such global conferences on campus. Noting, the university is ready to provide what’s needed to ensure the success of such global conferences and events to set Palestine and the Arab American University names up high on the world map.

As for the “AAUJ TEDx” team, they thanked the university for its support and for hosting the conference. They hope it will be an annual conference for special speakers at their university. 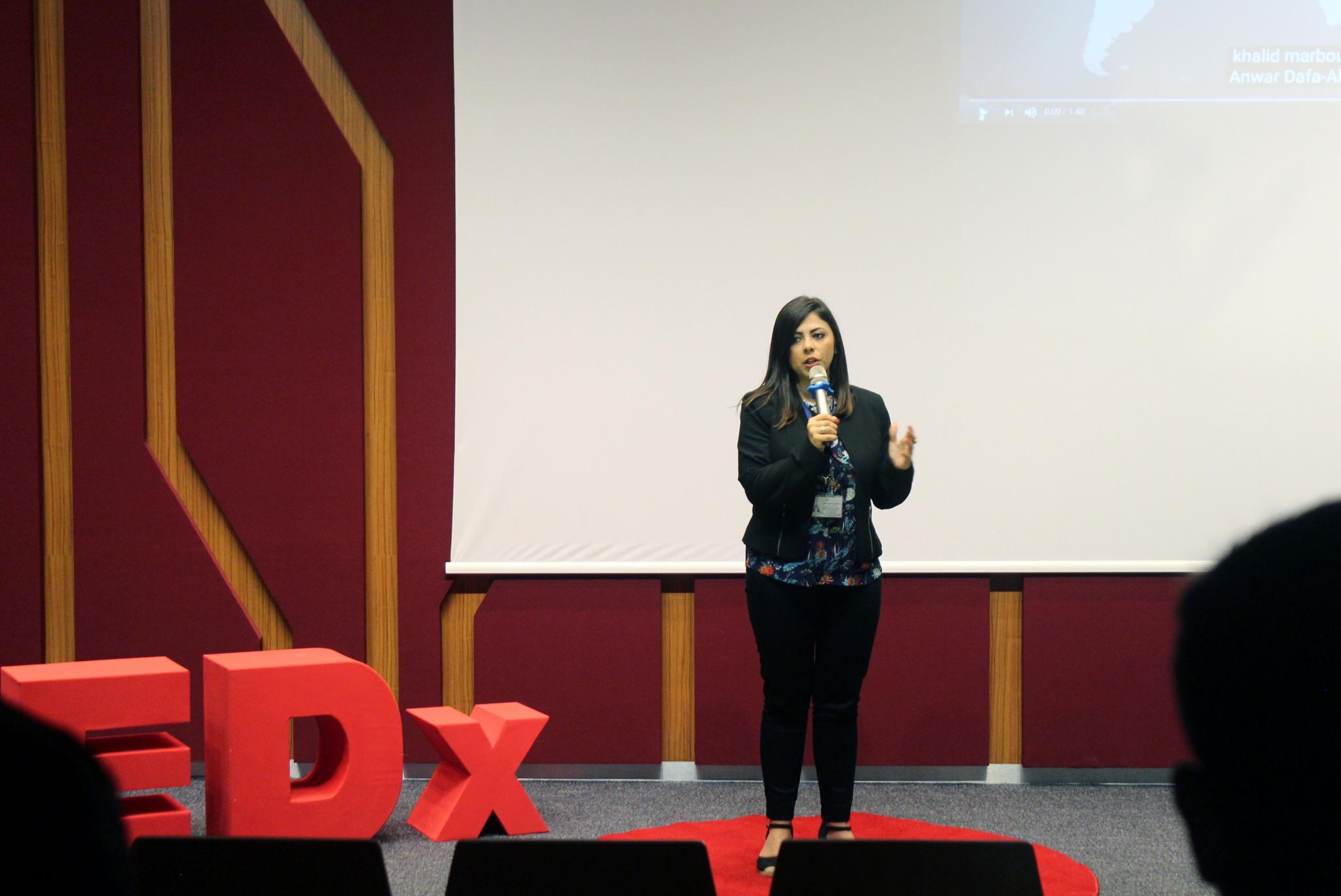 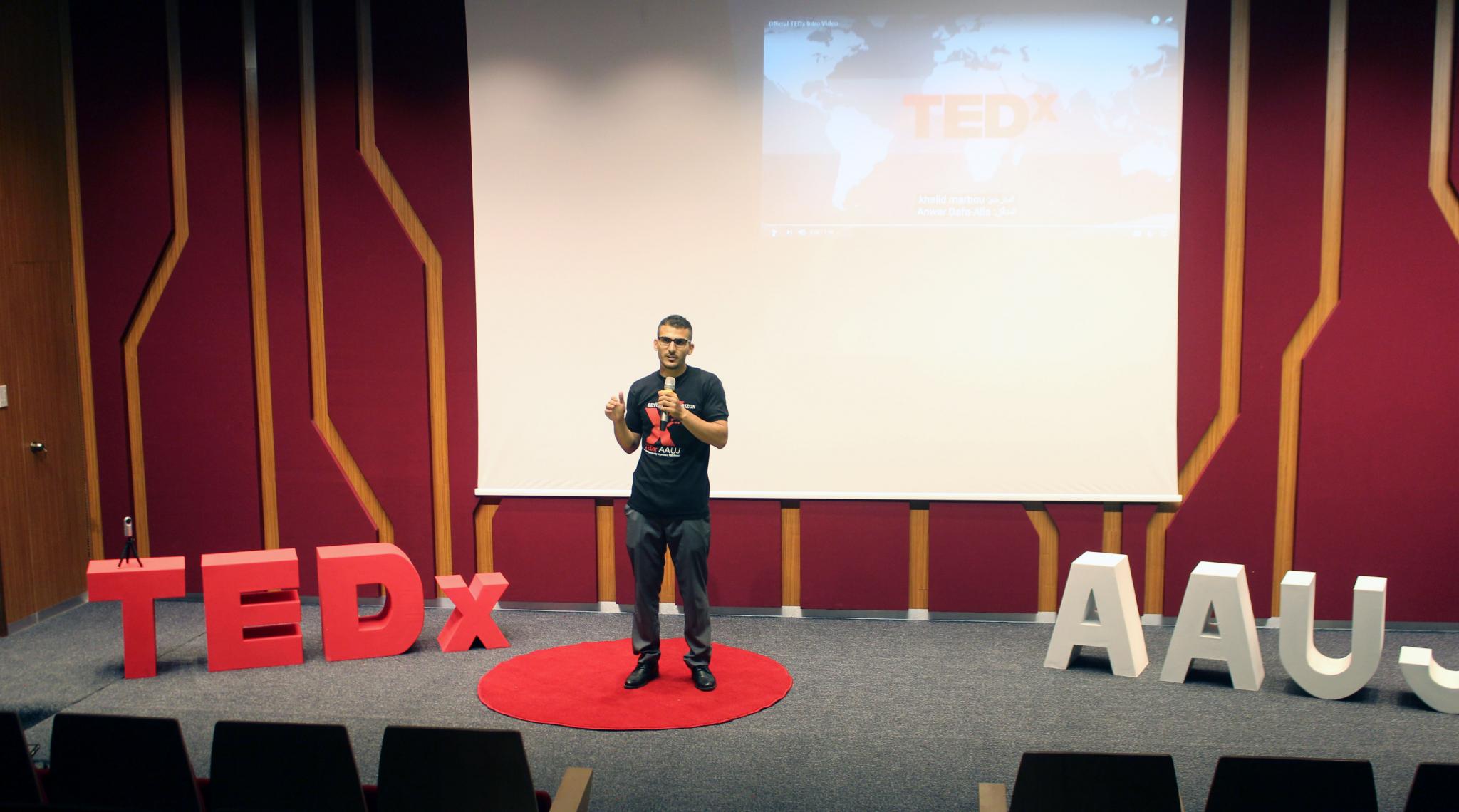 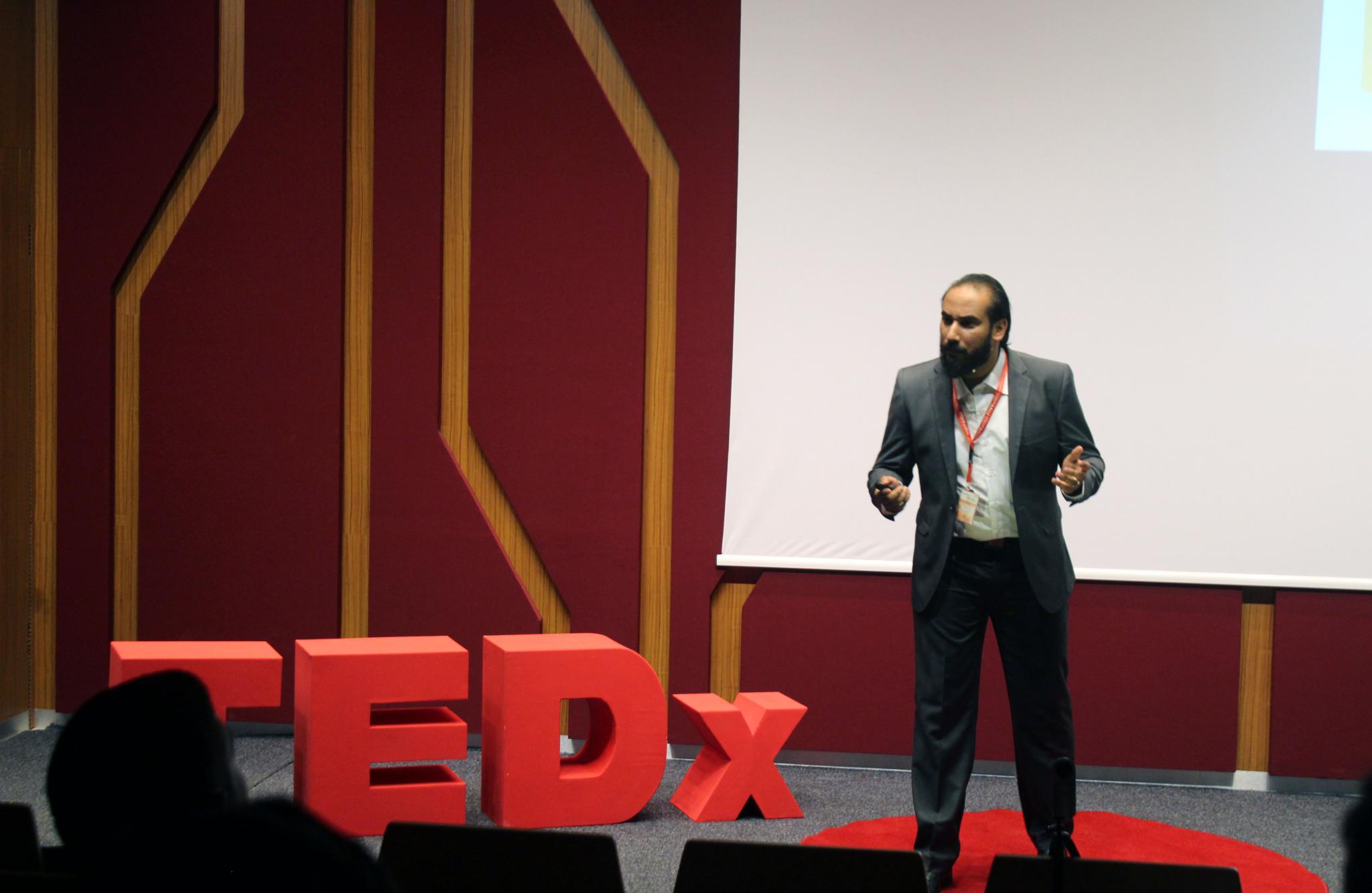 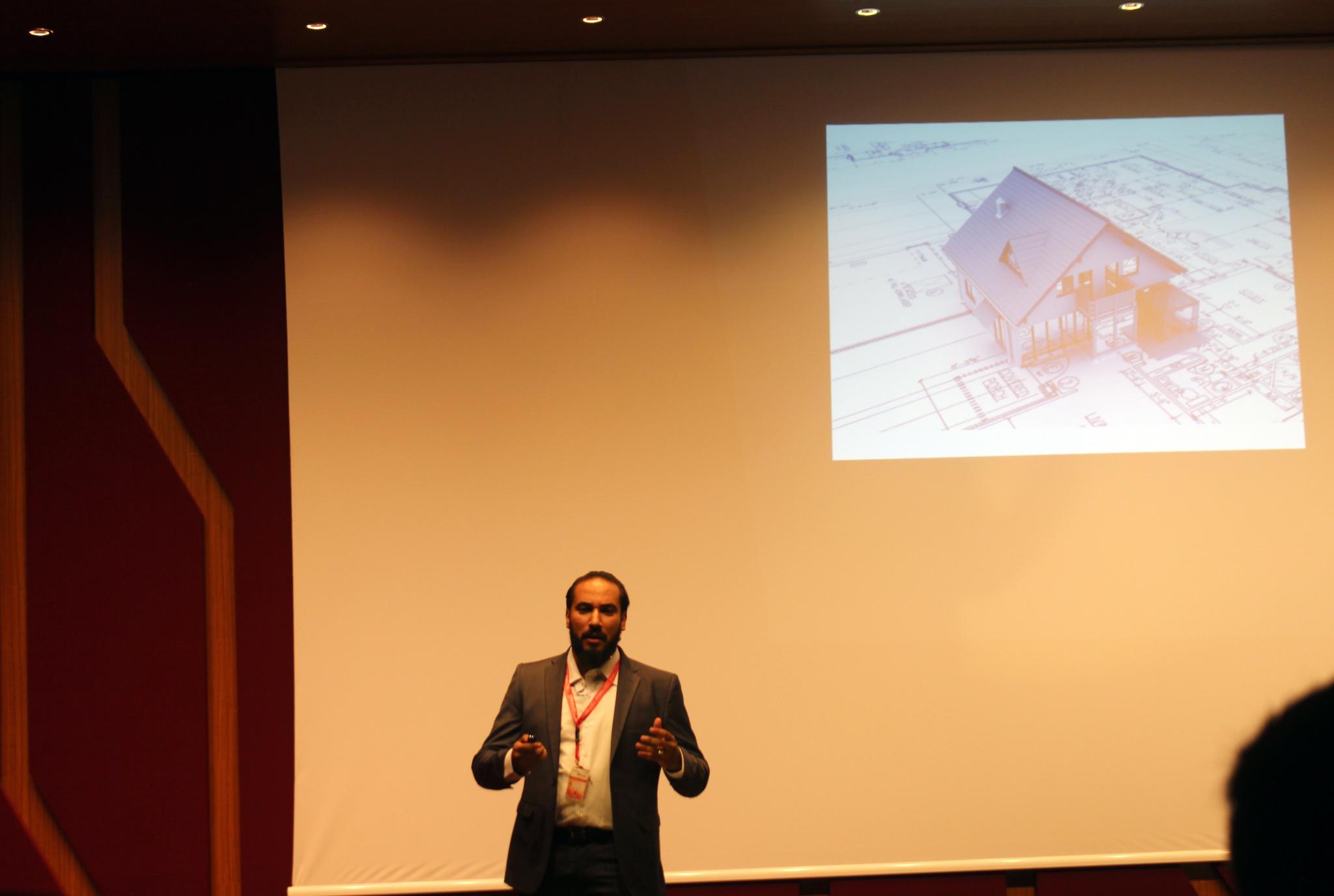 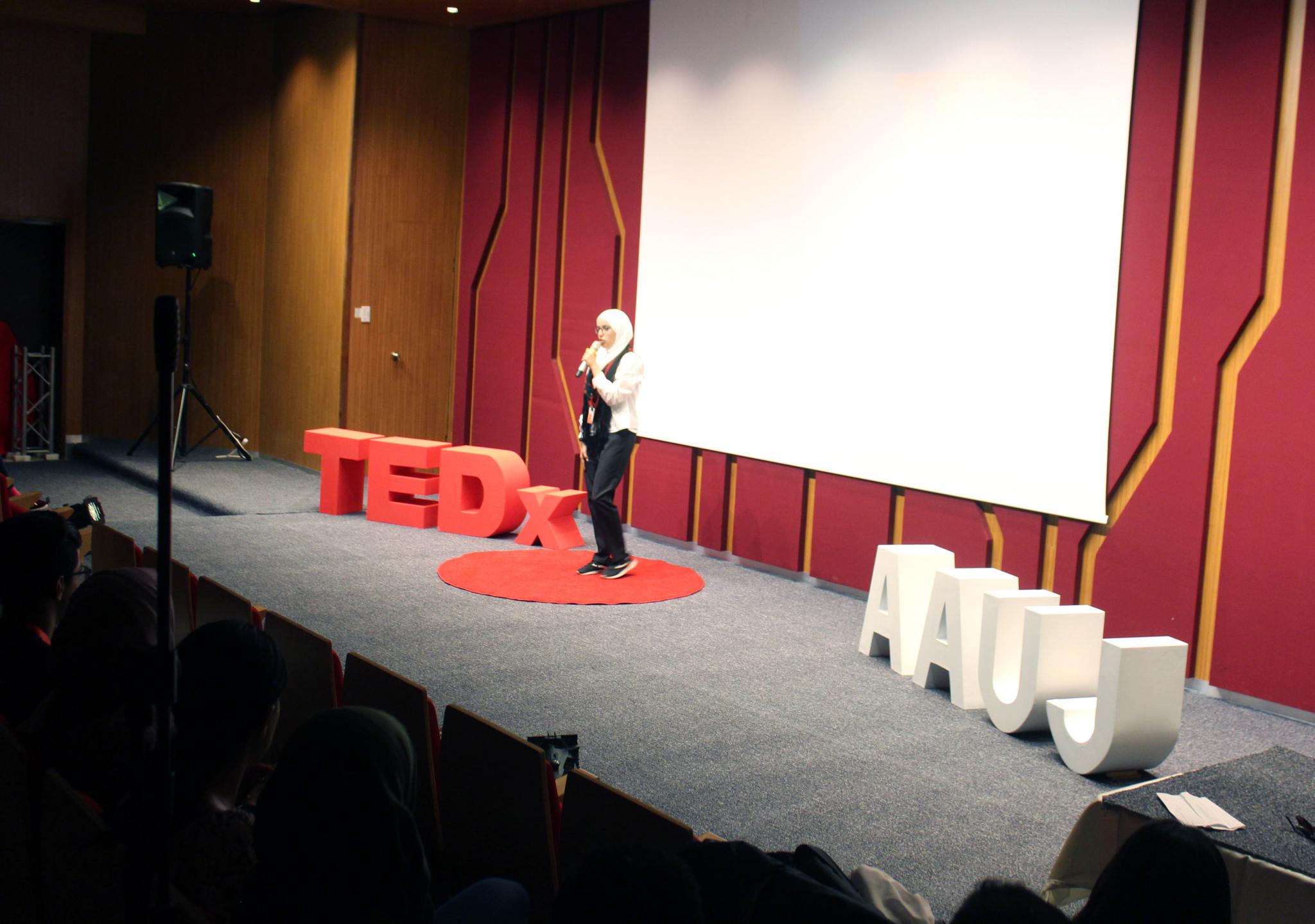 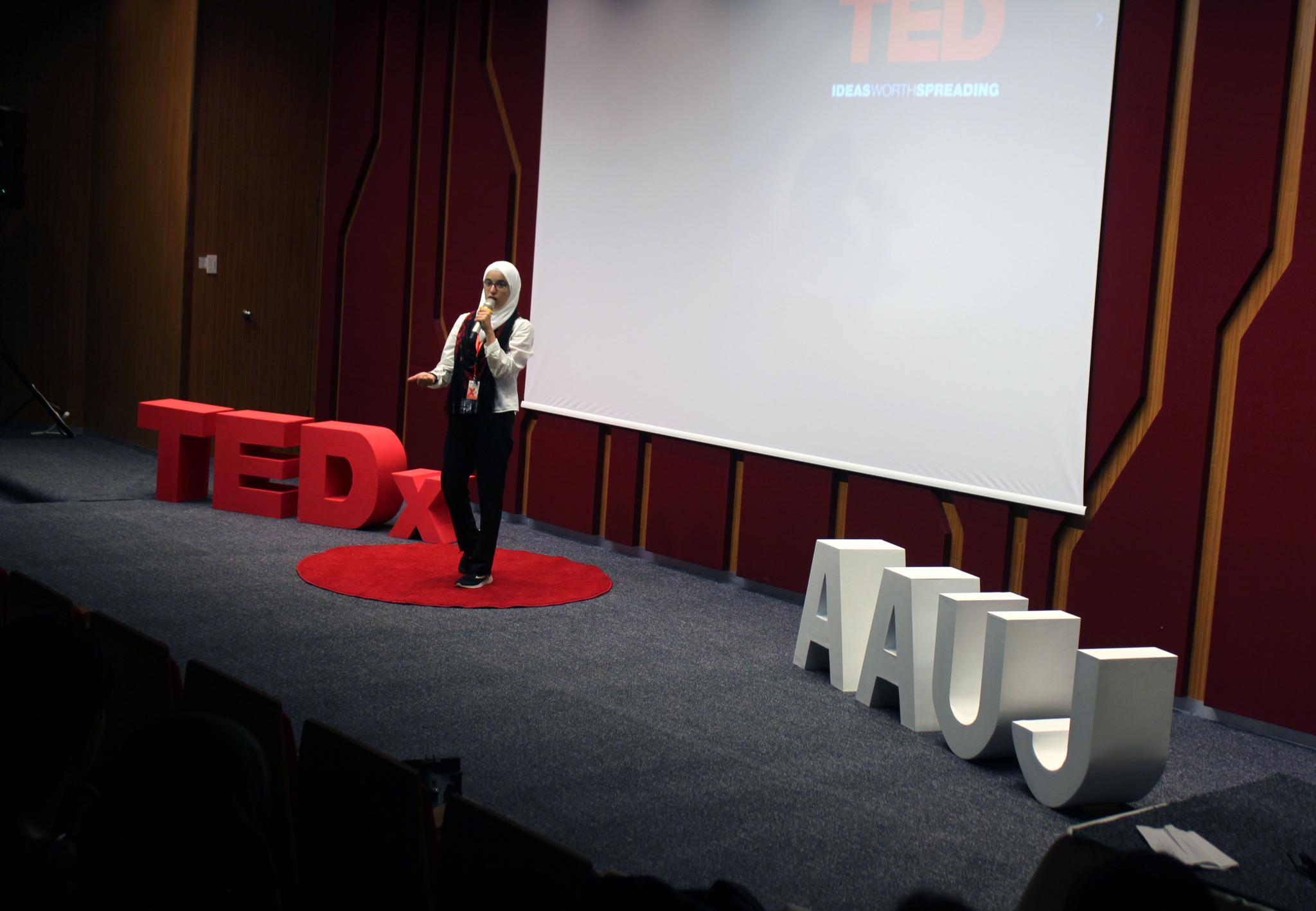 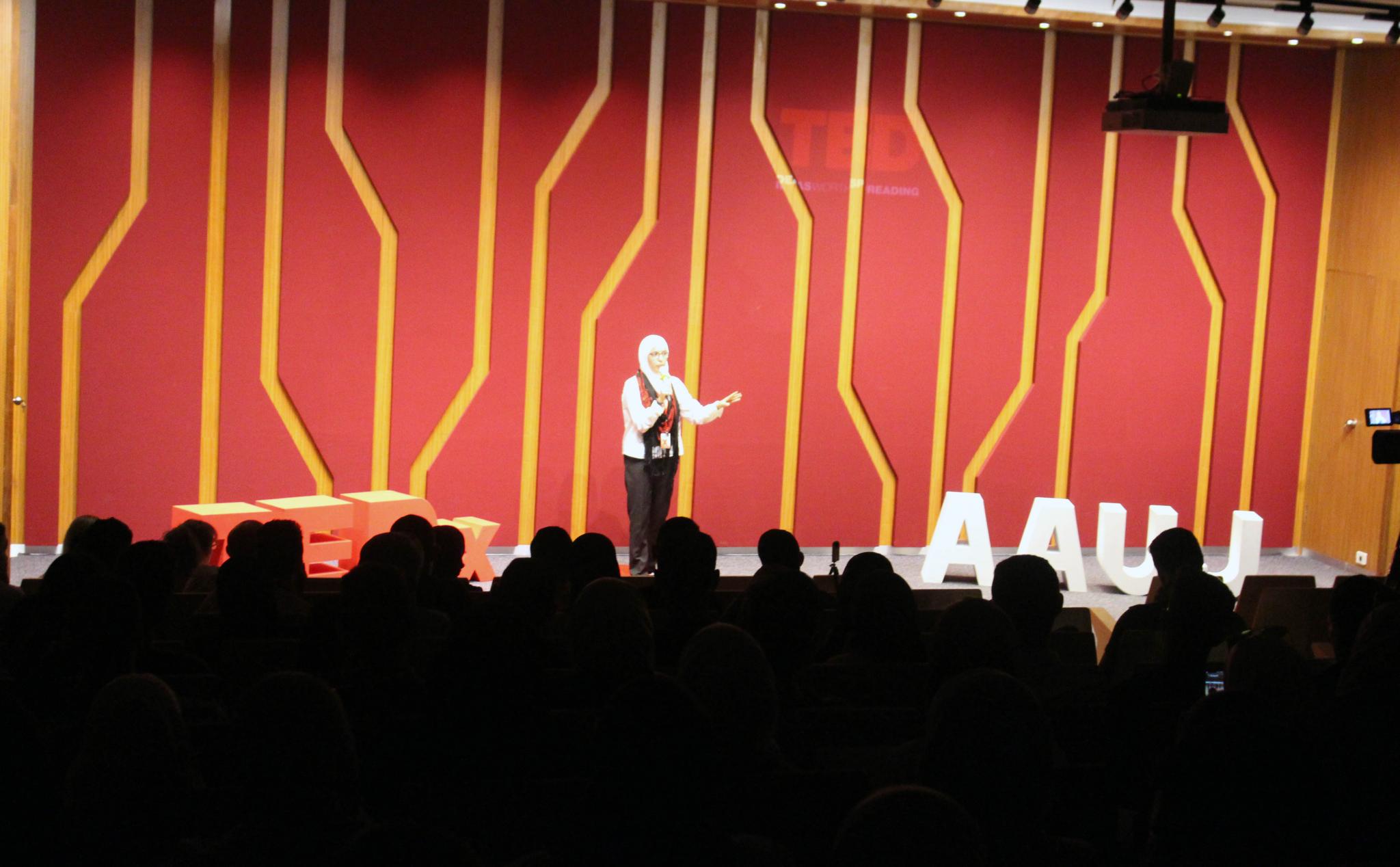