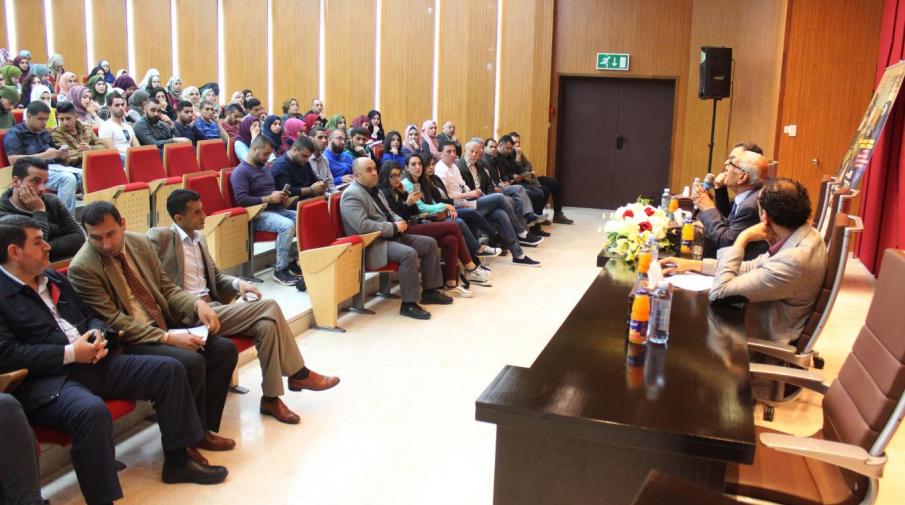 This lecture comes as part of Palestine’s Traditional and Spiritual Music Festival entitled “A Musical Journey”, organized by Al Kamandjati Foundation in a number of Palestinian villages and towns.

The University President presented the Tunisian thinker as Al Kamindjati Foundation for the Arab American University for hosting the lecture and participate in its festival activities.

After the lecture, which was opened by Media Prof. Said Abu Ma’la, stressing on the importance of this lecture. Pointing, the university's interest in collecting ideas and cultures and expressing them in a belief in freedom of opinion and expression and to exchange knowledge and information.a

The Tunisian thinker Yousef Sidiq praised the Arab American University role in the academic and scientific research aspects, giving a definition of the anthropology meaning. He pointed, it’s a science that studies humans in their past and present to understand these huge and complex entities of cultures throughout history, explaining that anthropology built, moves by rules. Knowledge shifts based on social and biological sciences as well as humanities. Mentioning, anthropology evolution over the past centuries, providing definition of holiness, its characteristics and concept in the three religions; Islam, Christianity, Judaism and how was the Holiness in Paganism and Buddhism time. 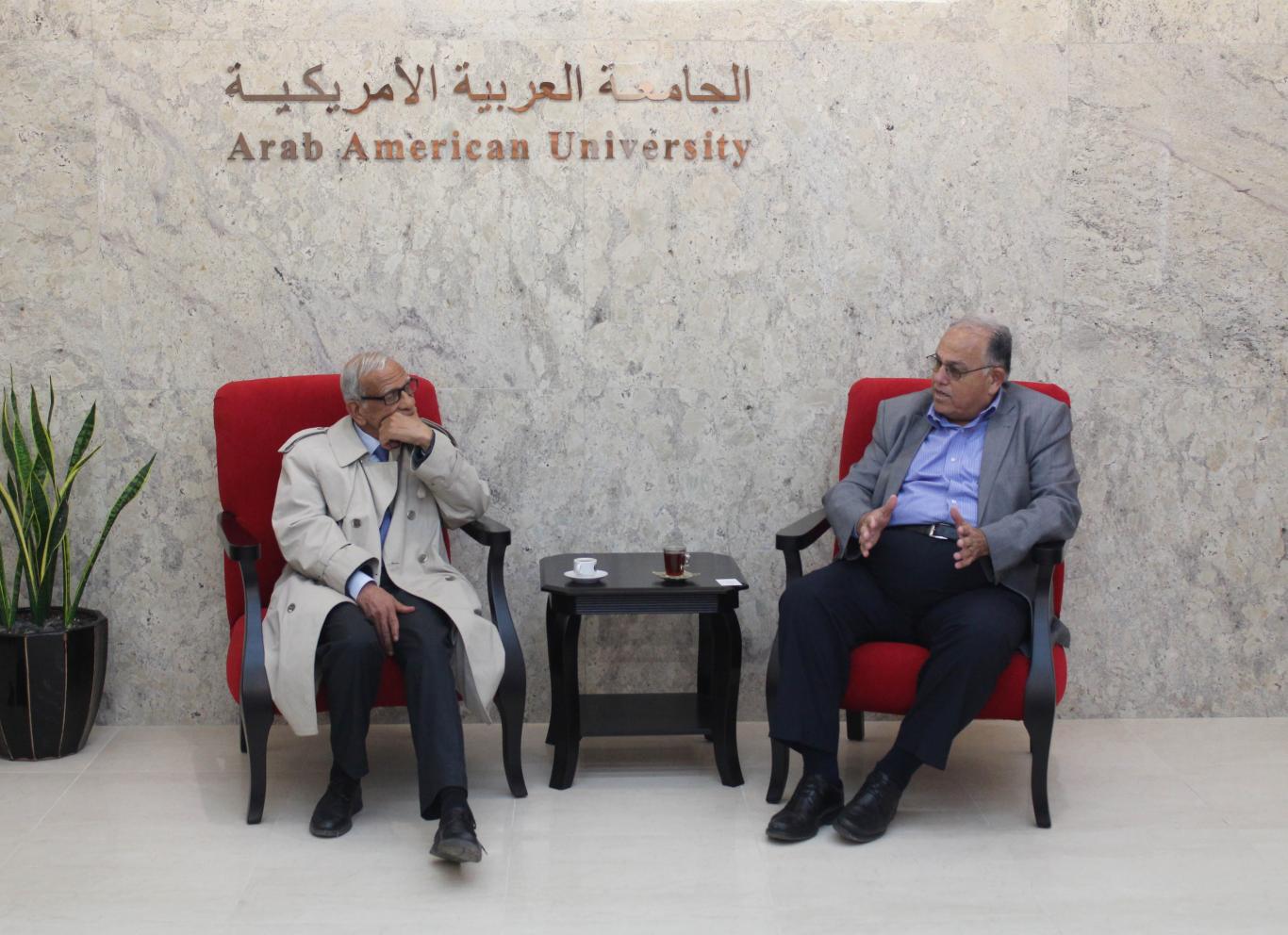 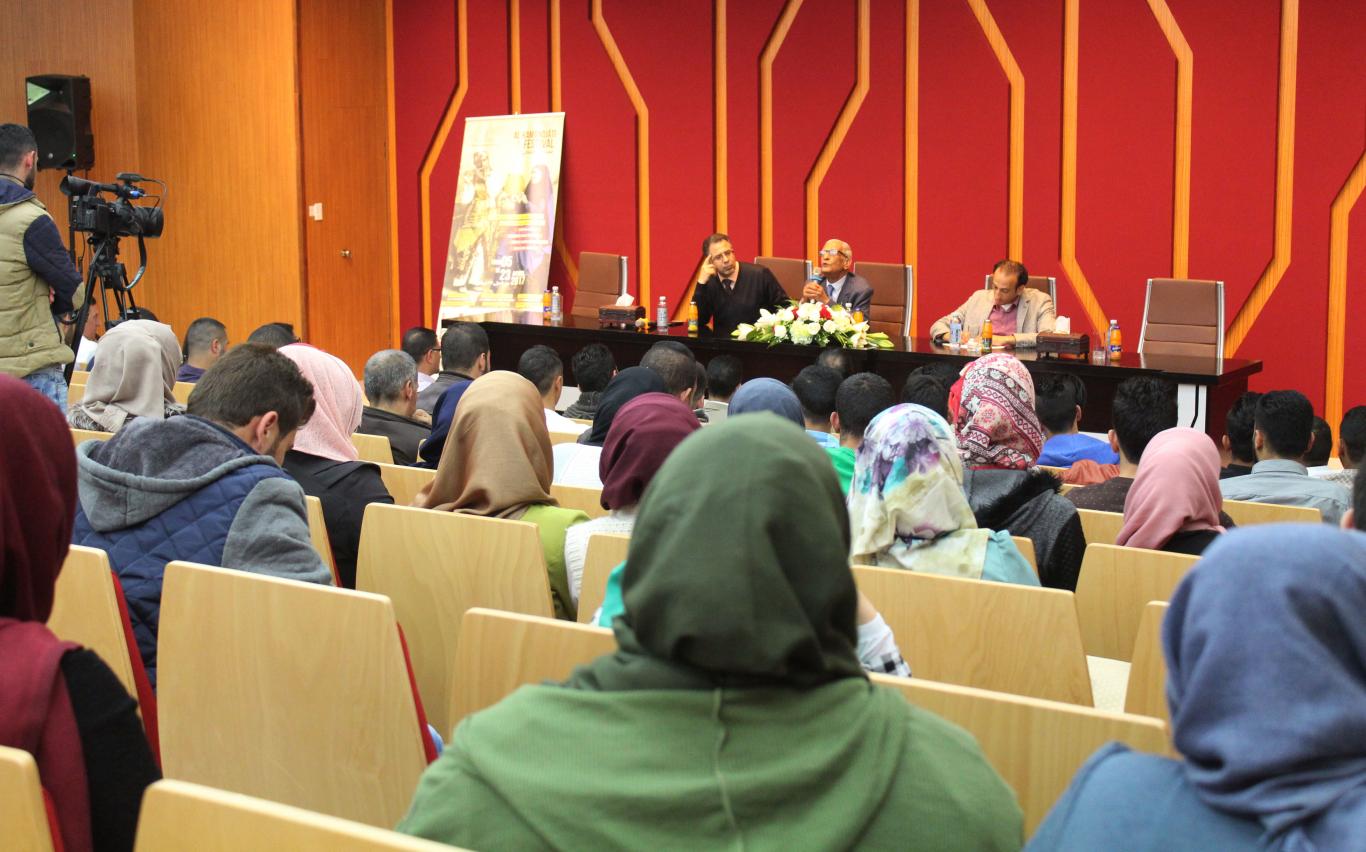