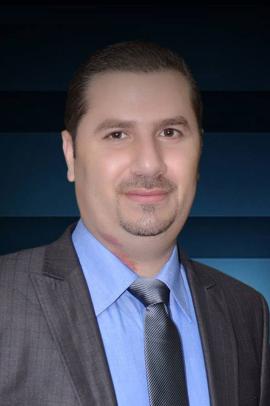 Ahmed, originally from Qalqilia, joined the Administrative and Financial Faulty at AAUP in 2002, majored in Administrative Information Systems. He was one of the second time for the university in 2005. Directly after graduation, he started his careers life after his first interview with Al-Masri Engineering Company for industrial equipment, his good English was an advantage.

Ahmad says about his success

He worked in the import department and learn Hebrew quickly through contact and coordination with shipping companies and customs clearance in the Israeli ports. After a year of working he became the responsible for import, customs clearance and shipping in the company.

Both Ahmad’s accuracy and professionalism in work made him gain the confidence of the company's General Director (Engineer Bilal Al-Masri) and made him the Administrative Manager of the company with more than 35 employees, while Ahmed was the youngest.

He continued to work for the same company till the beginning of 2010 when he decided to search for a new job abroad. That year he got a new job in Dubai to be Managing Director of a company sales spare parts in the Free Zone – Dubai, his work continued till the end of the year 2012.

Then he got the chance to work in an international factory for power generators “Perkins Generators” as Export Manager, a position that takes him everywhere as traveling is a job requirement in order to sign contracts and trade agreements with capitals and country’s politicians.