The Physics Department at the Arab American University organized a Masterclass in Particle Physics and High-Energy Accelerators for the second year in a row as part of the “Physics without Frontiers” by the International Centre for Theoretical Physics ICTP, Italy. 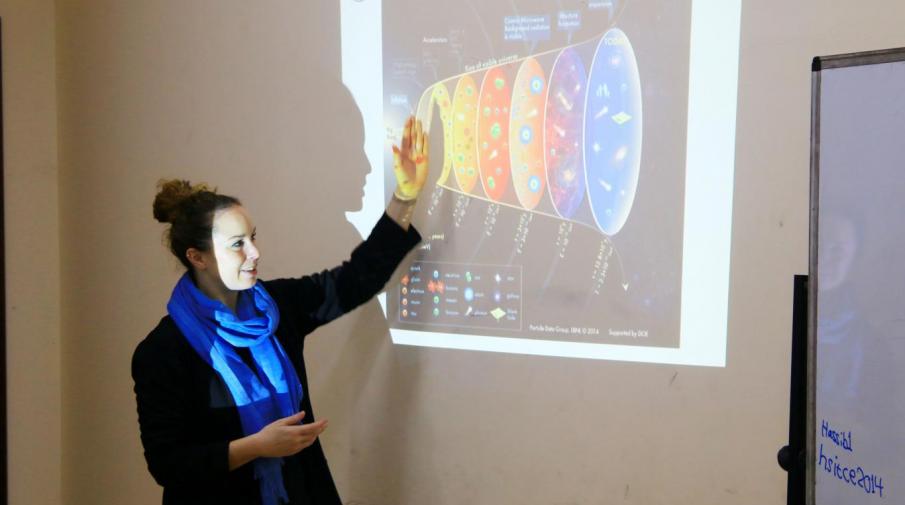 Part of the Particle Physics and High-Energy Accelerators Lecture

The Masterclass supervised by Dean of Faculty of Science Muaiad Abu Saa, faculty member at Physics Department Dr. Adli Saleh, and a number of researchers and students.

Hassib Sabbagh IT Center for Excellence hosted the Masterclasses’ events, including a lecture by Dr. Kate Shao from the International Center for Theoretical Physics in Italy and the researcher at ATLAS of the European Organization for Nuclear Research (CERN). The lecture was theoretical introduction of prototype model for elementary particle physics. As for Dr. Mahmoud Al-Sititi, researcher at the ATLAS Experiment at CERN and a graduate of the University Physics Department in 2009, reviewed the ATLAS detector and its mechanism for detecting various particle types. While Dr. Sharif Ghethan, researcher in particle-waves at CERN, explained the particles accelerators of all kinds to students.

At the end, students listened to an explanation about their opportunities to participate in training programs at prestigious research centers in Europe such as CERN and ICTP, as well as opportunities to enroll in international universities for postgraduate studies, then their certificates were distributed.