The jurisprudence and law department at the faculty of law at The Arab American University organized a seminar for students under the title “ Jerusalem and Al-Aqsa in the shadows of night of decree” in association with Al-Awqaf directorate in Jenin City. 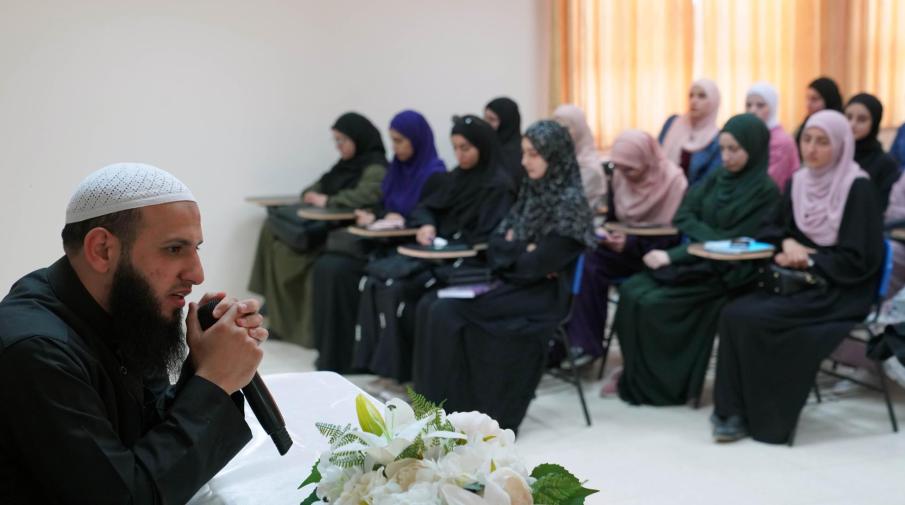 Sheik Mohamed Abahra, one of the employees at Al-Awqaf Ministry, was hosted in the presence of the Dean of the law faculty Dr. Rizk Samoudi, the head of the jurisprudence and law department Dr. Medhat Al-Ahmad, members of the academic and administrative body, and university students.

The head of the jurisprudence and law department Dr. Medhat Al-Ahmad opened the seminar with a word to welcome the audience and stressed on the importance of the seminar that emphasizes the importance of a place that is holy for Palestinians, Muslims, and Arabs. He directed his greetings to the people stationed in the courtyards of Al-Aqsa Mosque that defend the honor of the Arab and Islamic nation.

He also pointed out that this event is one of the activities that the jurisprudence and law department host and that they organize several seminars, activities, and workshops that benefit university students whether they are students of the faculty of law or other majors at AAUP that are interested in developing their scientific and practical life.

Meanwhile, Sheikh Mohamed Abahra thanked everyone that contributed to the organization of the seminar and its success. He then stressed that the talk about Al-Aqsa Mosque is a faith, religion, Quran, and Suna. Al-Aqsa is very important in religion, Islam and for God in which it was mentioned in the Holy Quran in Al-Isra ( the night journey) verse. He pointed out that one of the most dangerous ideas that cross the minds of youth and society is that talking about Al-Aqsa mosque politically harms whomever talk about it and then he stressed again that the talk about Al-Aqsa is a faith and religion.

He also explained that God, glorified and exalted be He chose to mention Al-Aqsa in the Holy Quran to deliver a message indicating that we shouldn’t stay away from Al-Aqsa and keep it close to us, and Al-Isra Verse talks about the glory of Al-Aqsa Mosque and the importance of protecting it.

Sheik Abahra also spoke about the spirituality and the atmosphere in Al-Aqsa Mosque especially during the holy month of Ramadan and on the night of decree. He then emphasized the importance of protecting Al-Aqsa Mosque that is under attack during these days in particular. To stay around the mosque is the best way to protect it during these days more than ever before because the mosque needs protection and support.He concluded the seminar by opening the door for questions and discussions. 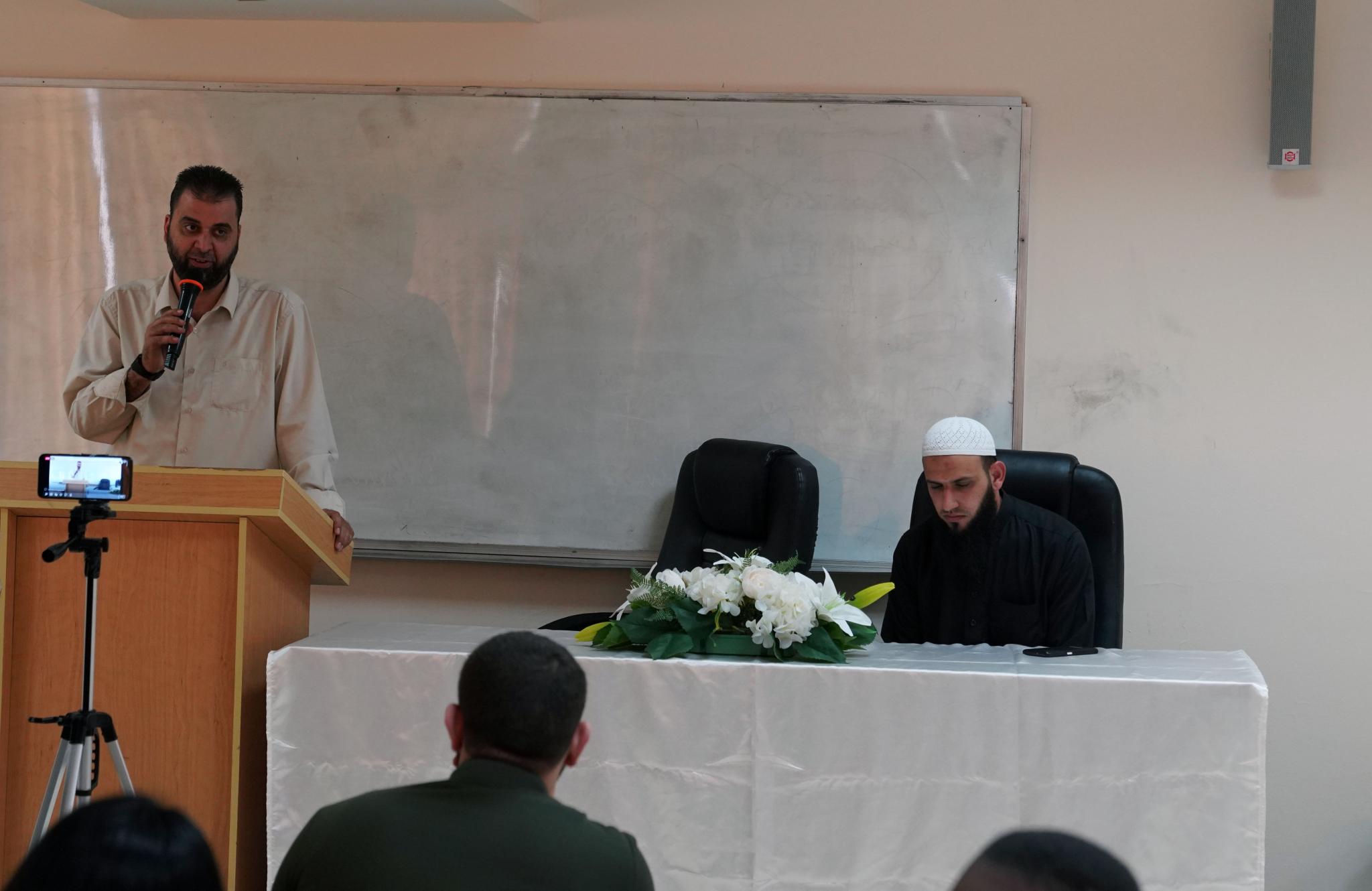 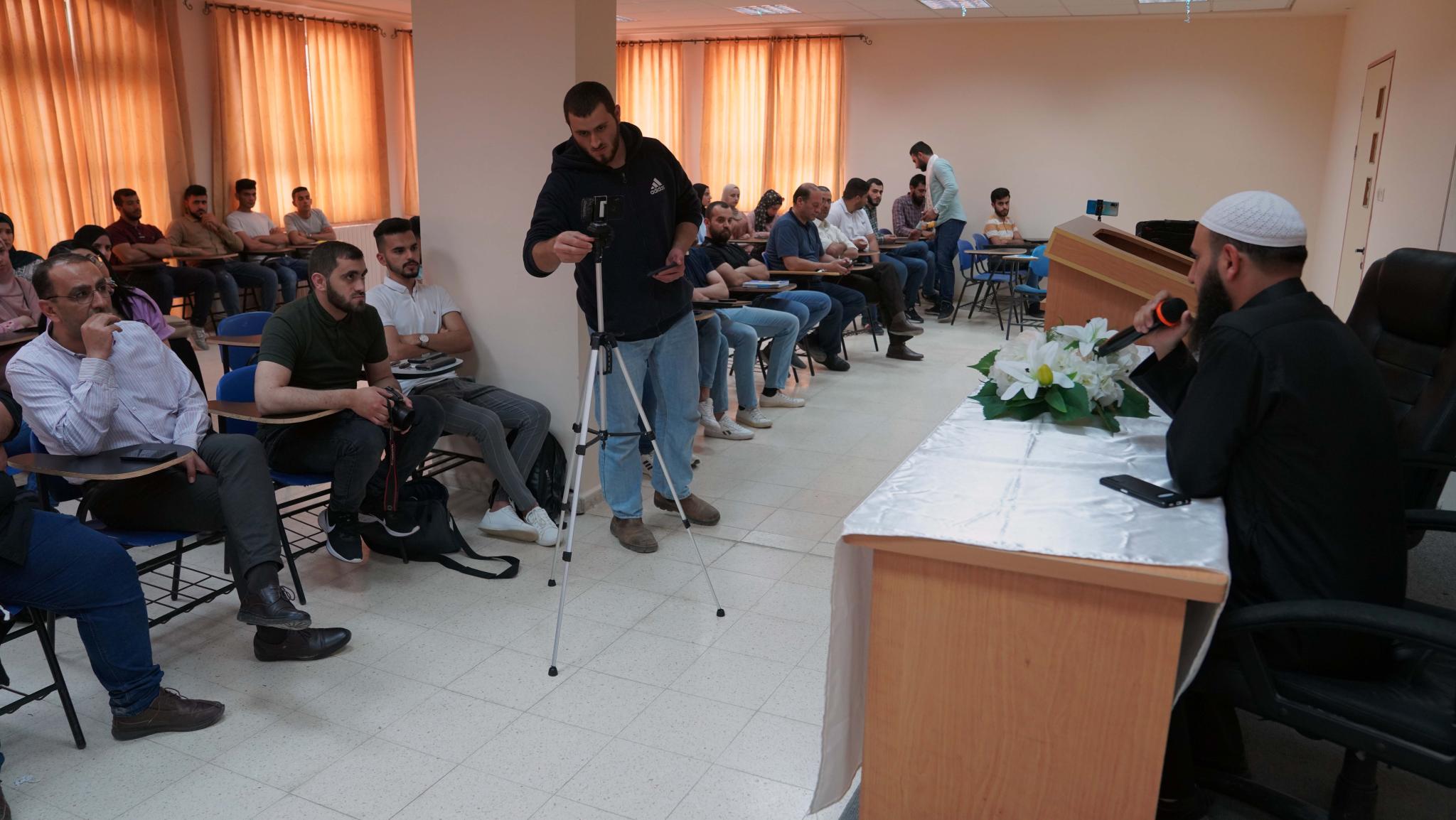