Arab American University and the Ministry of Culture organized a symposium entitled “Theater in Resistance” on the occasion of the International Day of Theater, and this symposium came as part of “March Culture” Events that the Ministry launched lately. 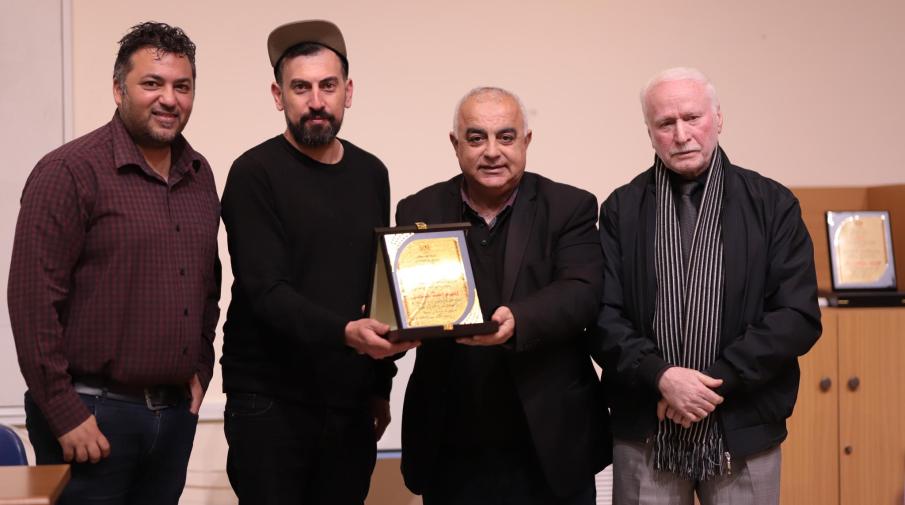 Prof. Ayman Yousef- a Lecturer in Political Sciences participated in the symposium along with scholar Izzat Aburub- the Chairman of the Cultural Advisory Council representing the Ministry of Culture, Mr. Mustafa Shata- the General Director of the Freedom Theater and Mr. Fadi Jumaa- the Public Relations Department Manager.

The symposium started with a speech by Mr. Fadi Jumaa when he welcomed the audience and stressed on the importance of this symposium that addresses about theater in the international day of theaters, and he praised the role that the Ministry of Culture is doing from the activities to events that enhances the Palestinian identity. He also expressed the readiness of AAUP to cooperate with the Palestinian institutions to organize events and activities that contribute in upgrading the Palestinian scene in general and the cultural in specific and enhance the academic and student presence in it.

Mr. Izzat Aburub- the Chairman of the Cultural Advisory Council thanked Arab American University for the collaboration with the Ministry to organize this symposium that came as part of “March Culture” events launched by the Ministry. The activities of this event started in the thirteenth of March in the same day of the International Culture Day and will extend until the Land Day at the end of this month. He ensured that this symposium is very important especially under what the Palestinian narrative is facing from attempts of falsify and blur. He also added: “The Palestinian creativity of its arts and culture and theater is a real tool to confront the occupation narrative”.

Presenting a part of a his master thesis entitled “The Cultural Resistance in the Palestinian Story”, Mr. Mustafa Shata- the General Director of the Freedom Theater discussed the history of Freedom Theater since Al Hajar theater establishment at the end of 80’s to the founding of Freedom theater in 2006. He also mentioned some of the plays that took the cultural resistance strategy as its frame, such as “Al-Hisar”, “A Suicide Letter from Palestine” and the play of “I am getting back to Palestine”.

Mr. Shata also talked about the theater role in creating inquiries and expressing feelings of the Palestinian people and enhancing his steadfastness on his land. He stressed on the importance of employing every possible thing to get a real area for the Palestinians under what they are facing regarding the eradication of its identity and narrative.

In his speech, Prof. Ayman Yousef- the Political Sciences Lecturer in AAUP emphasized on the urgency of investing all the Palestinian efforts and stressing on its strengths to face the non-formal popular diplomacy that the occupation authorities are using to impose their unreal narrative. He also explained how the university plays an important role in building a cultural identity through its scientific production, the extracurricular activities and the relations with the different organizations.

At the end of the symposium, the Ministry of Culture honored producer Ahmad Toubasi and actor Mutasem Abuhassann for winning the award of best production work and best actor that took place in Iraq in the Youth Street Fistival. 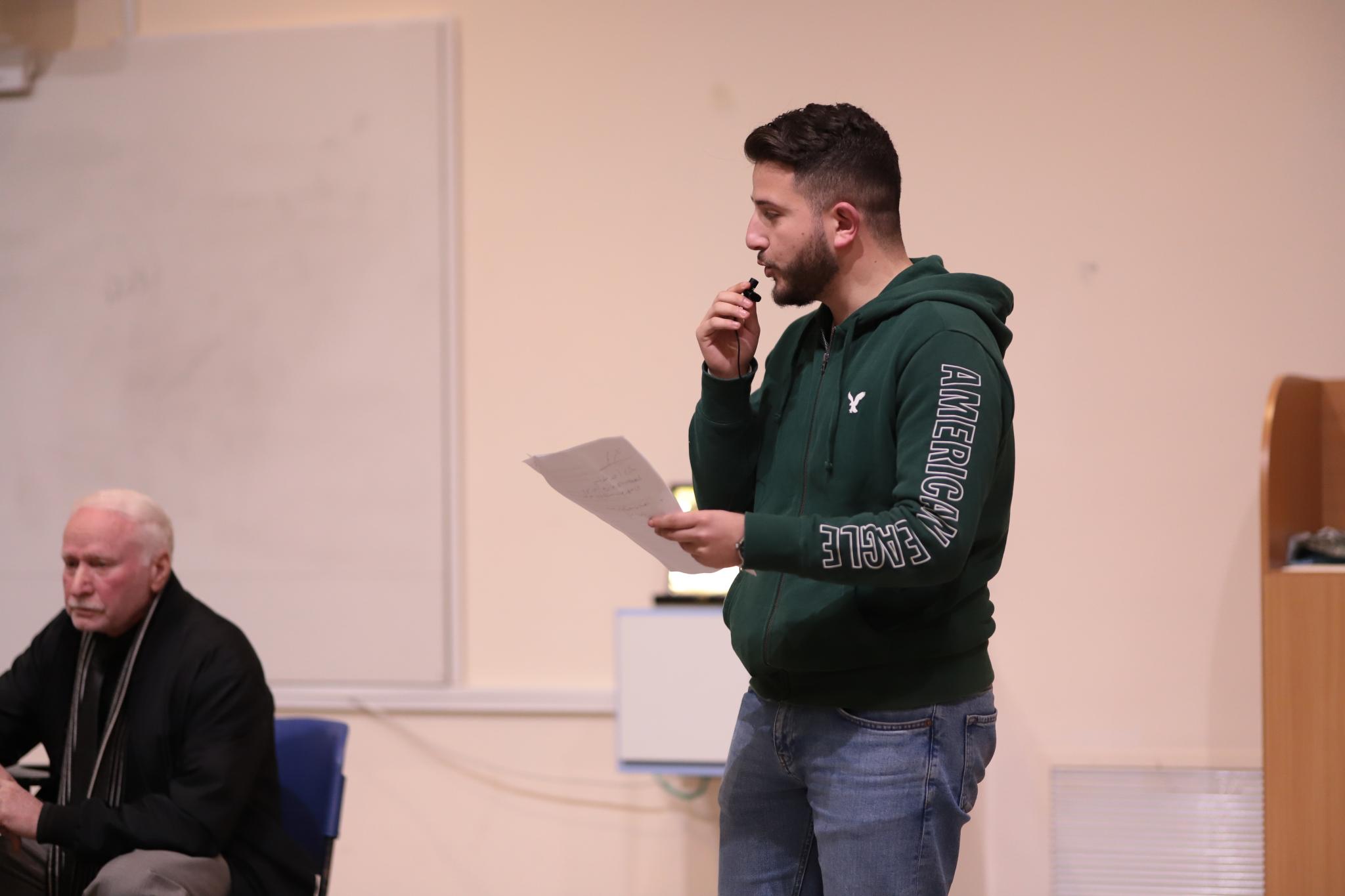 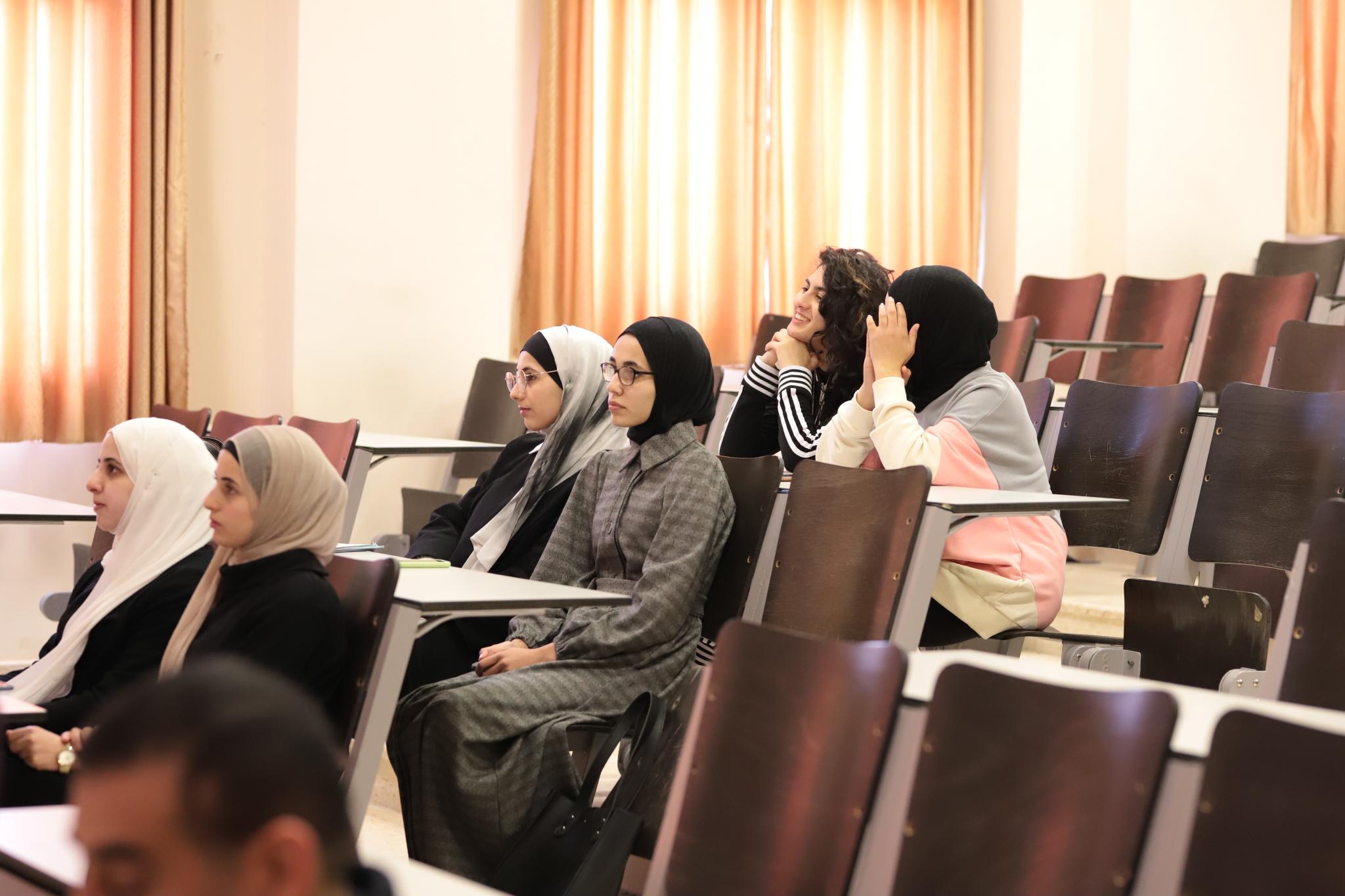 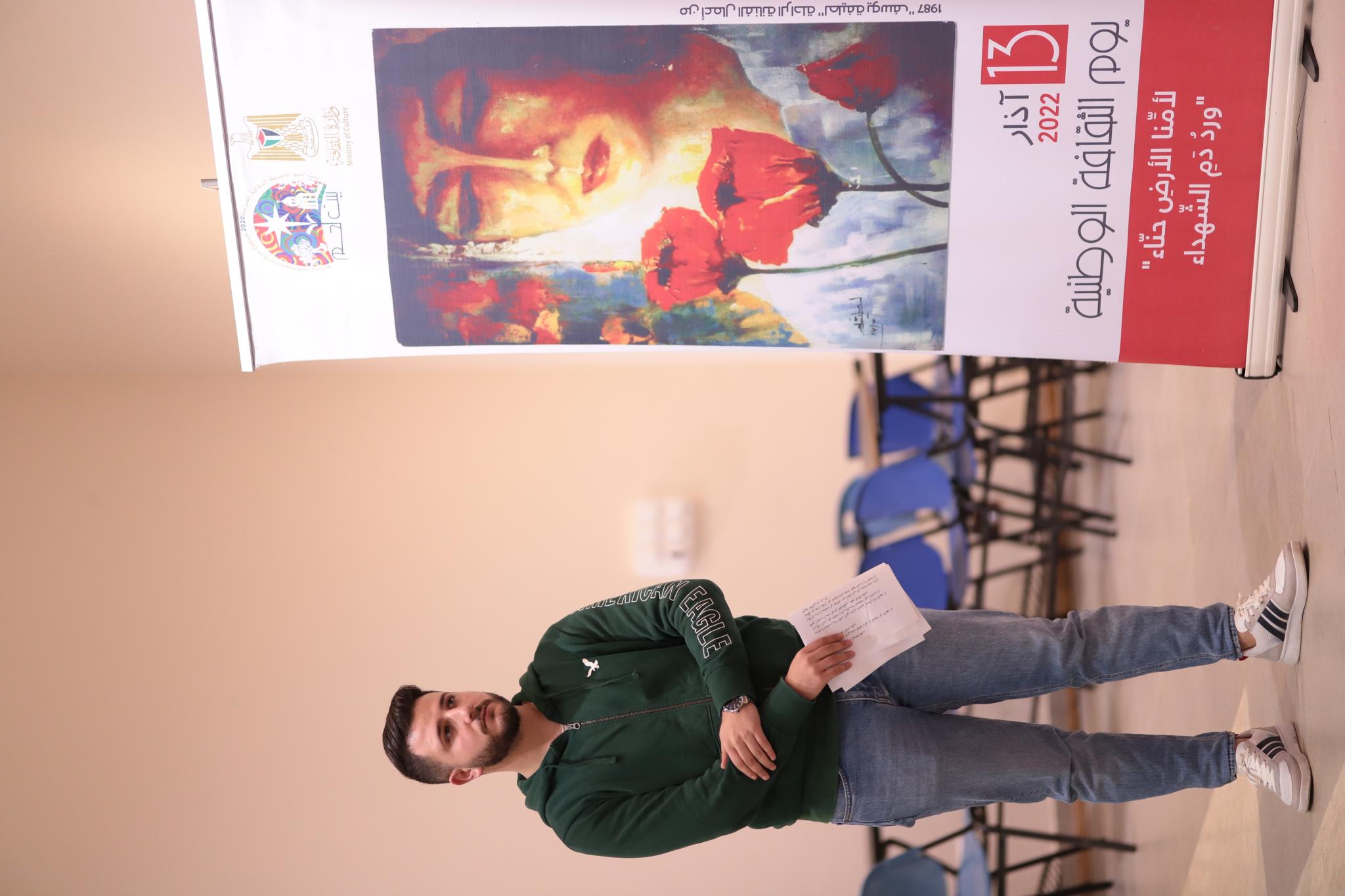 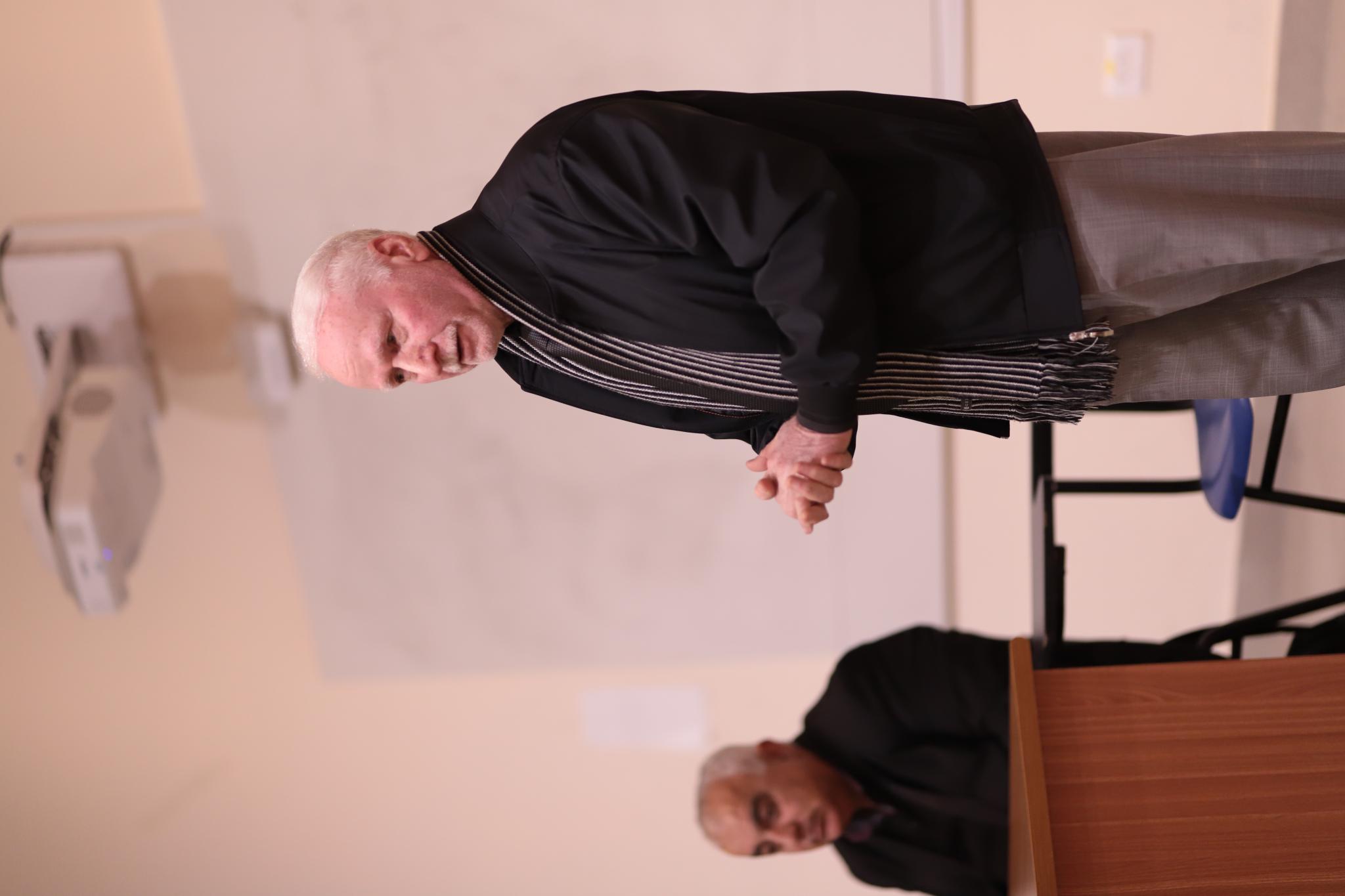 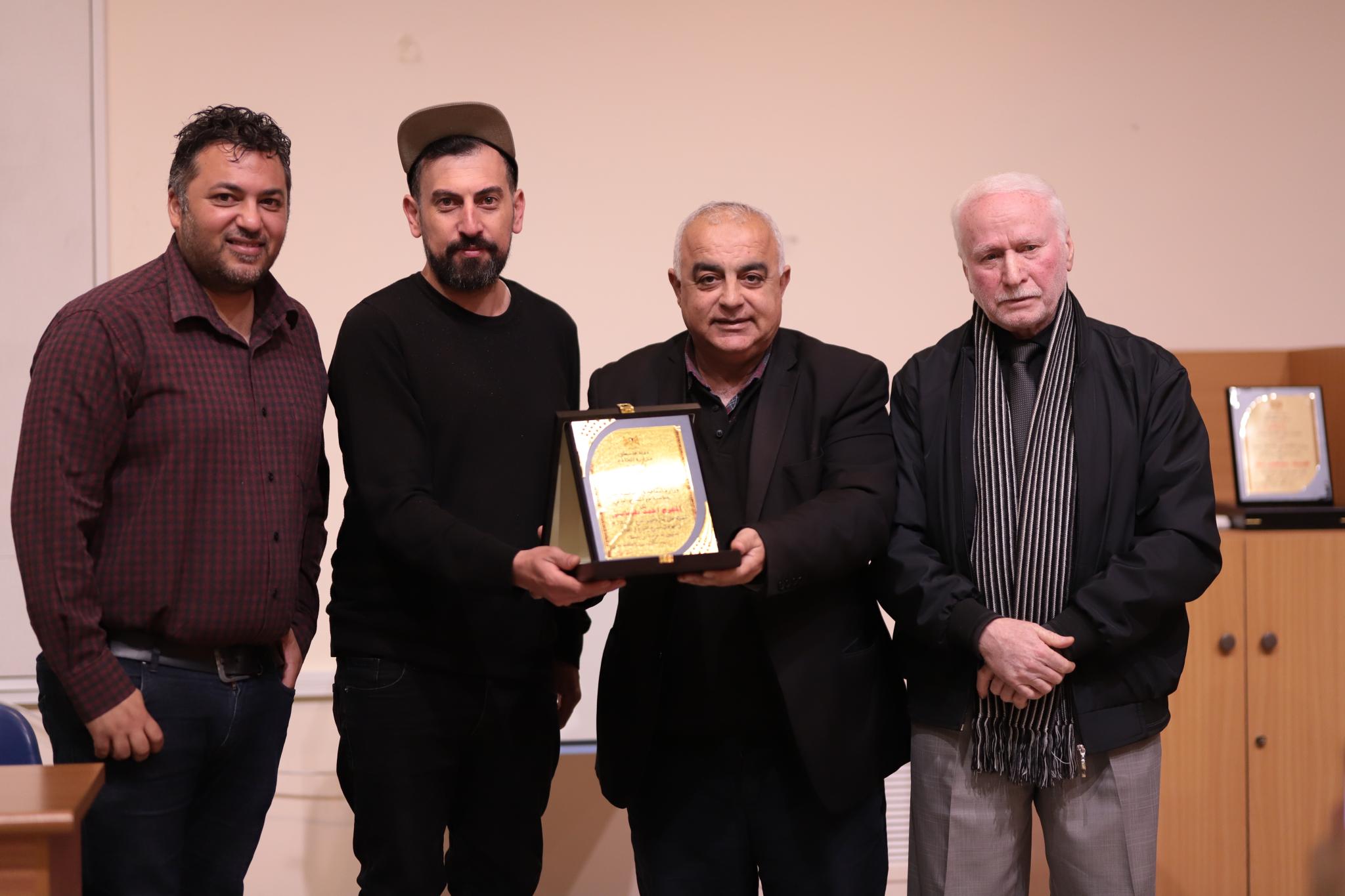 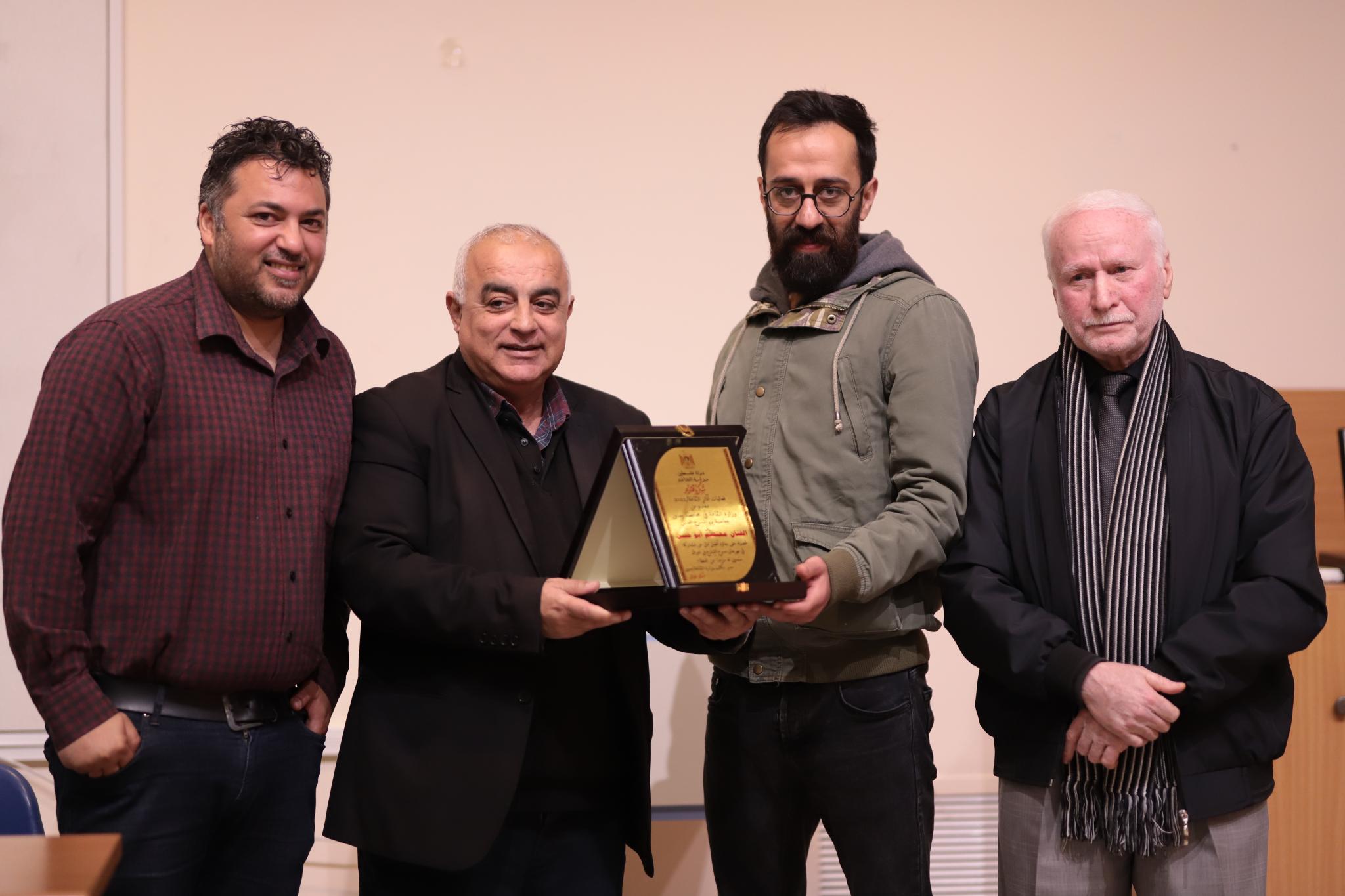 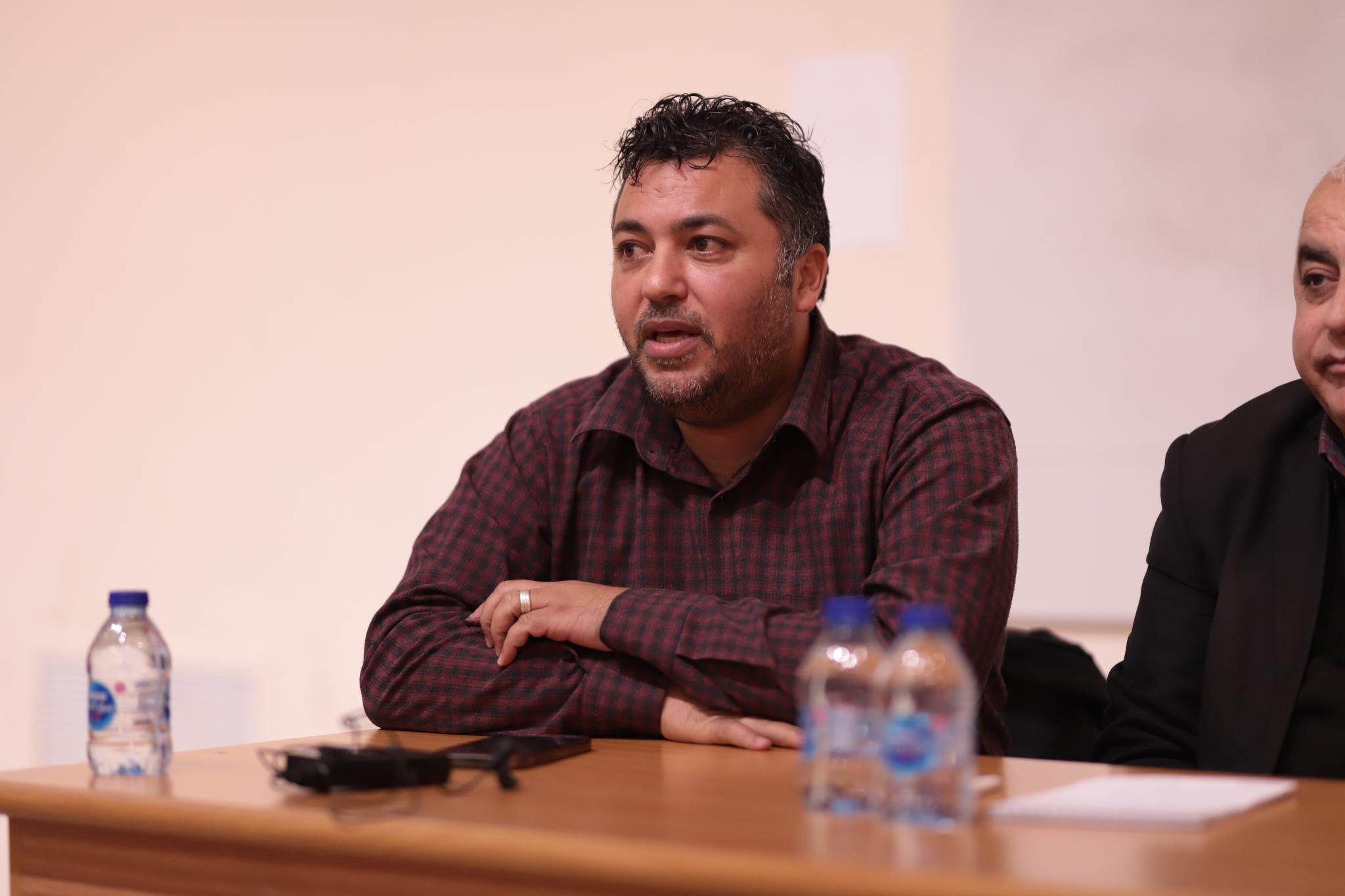