The ceremony of announcement was attended by Dr. Imad Dwaikat- the Dean of the Faculty of Medicine in AAUP, Dr. Muath Nuirat- PAMA Representative in Palestine, some representatives from the Palestinian Universities, some Faculty members and the medical students. 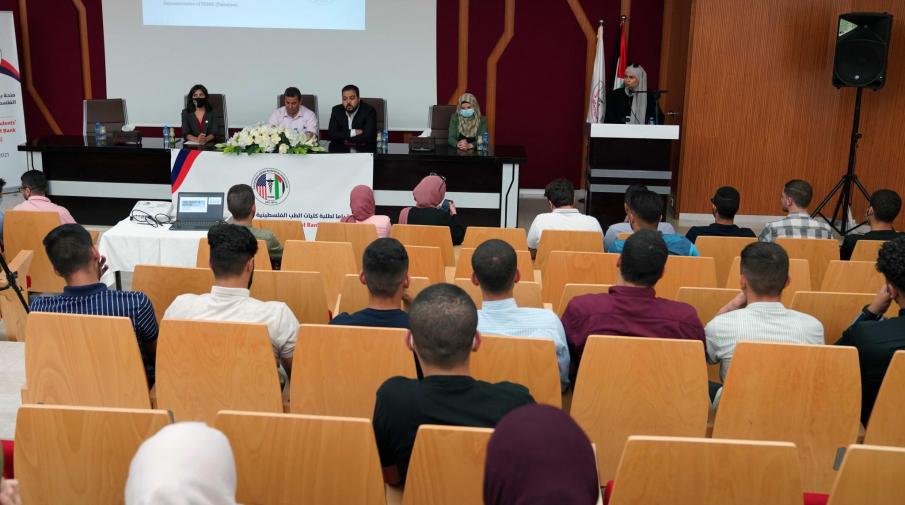 Dr. Dwaikat- the Dean of the Faculty of Medicine started the ceremony by welcoming the guests and appreciating the work of PAMA and what it provides to the medical students in the Palestinian universities and to the medical and health institutions on Palestine. He also emphasized on the importance of the collaboration relations between the university and PAMA that will last for years and explained how the association focuses on different aspects including providing scholarships, sending doctors and medical experienced people to attend and participate in the surgeries and the health protocols in addition to communicating and collaborating with the government and non-government medical and health institutions and organizations in Palestine to improve the performance.

Dr. Dwaikat then directed his speech to the medical students and said: “You are the holders of a humanitarian message to reduce suffer and pain on people and represent Palestine all over the world”.

PAMA representative in Palestine, Dr. Muath Nuirat emphasized on the importance of the collaboration relations with the Faculty of Medicine in Palestine and said that there will be many projects with the faculty. He gave an introduction about PAMA as the idea started in 2013 and officially started working in 2016. He explained that among its tasks is to provide scholarships to medical students in the world in general and in Palestine in specific and said that most of the participants in this association are doctors who graduated from Palestinian universities, and when they went for their specialization in the US, they started the association. He also explained that the support is usually being collected by the Arab and Palestinian communities and said that many activities were planned in Palestine and around the world. He said that the association has many partners, but the main partner is the Ministry of Health and the secondary partners are the Palestinian Universities.

Dr. Nuirat also talked about the scholarships that are provided to the medical students in Palestine in 2020 which was of the worth of 400 thousand US$, and the amount is increasing. He also indicated that there will be a 1000 US$ partial scholarships and a full scholarship of 6000 US$ and talked about the main projects that the association provided to the medical and health organizations in Palestine and the future projects.

Then the names of the five winner medical students who won PAMA scholarship of 1000 US$ were announces.

At the end of the ceremony, the medical students in Arab American University “Shatha Khazima and Osama Abu Ser” presented a presentation about the medical students union in AAUP that was recently formed, and talked about the goals of the union that includes developing of students personalities, improving their gifts and skills and communicating with medical students in other global universities to exchange some experiences, and they mentioned how to join this union. 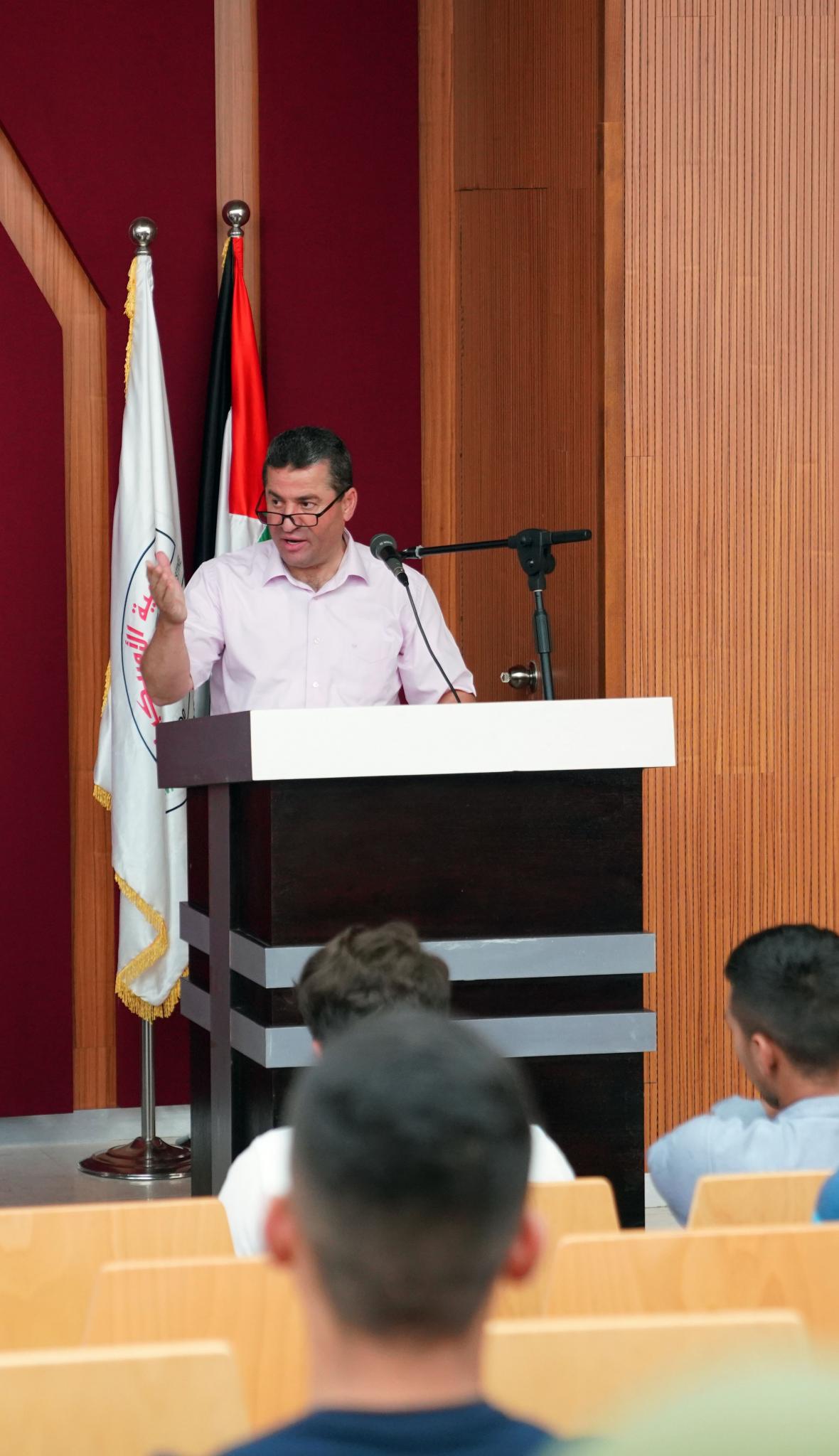 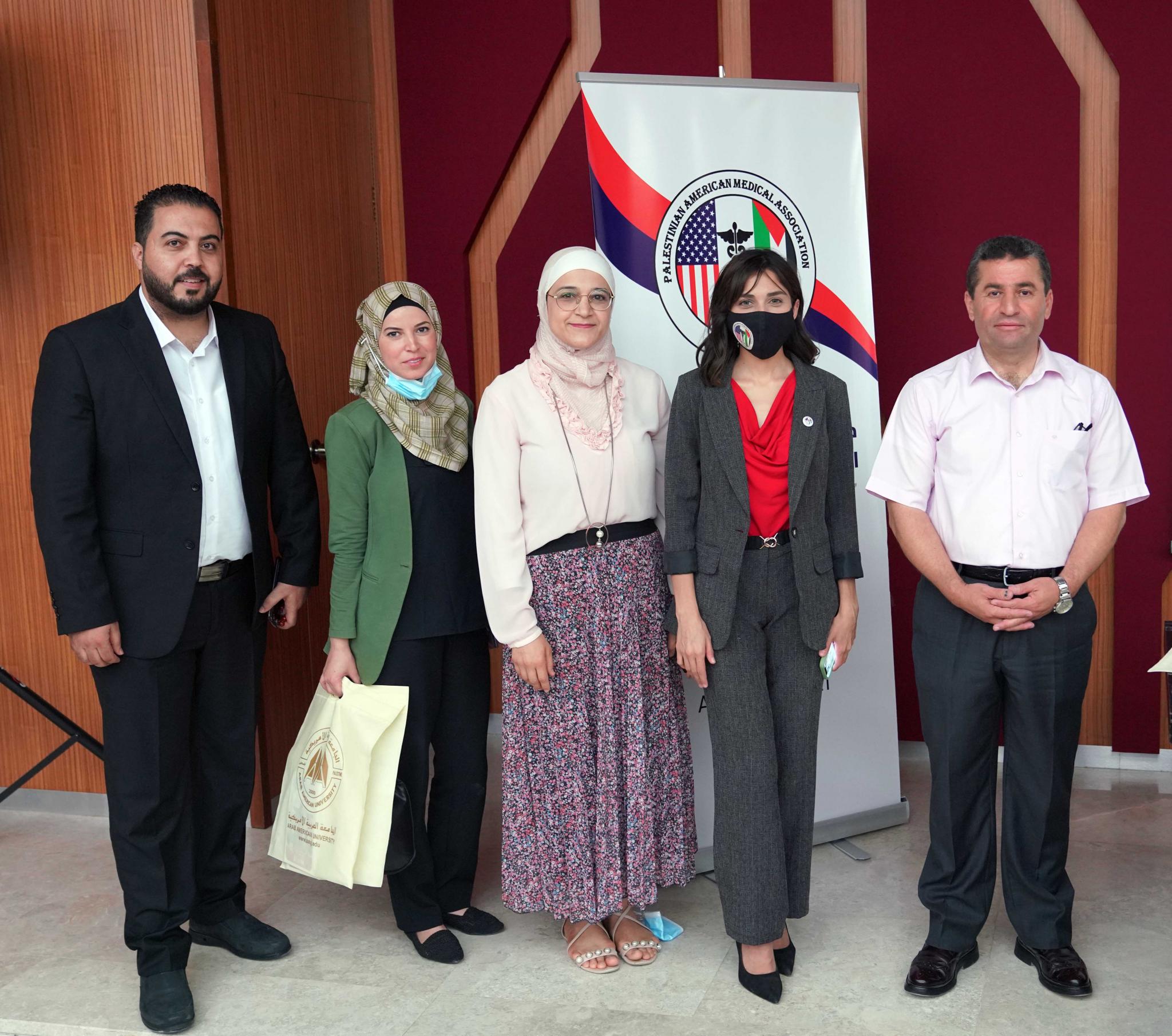 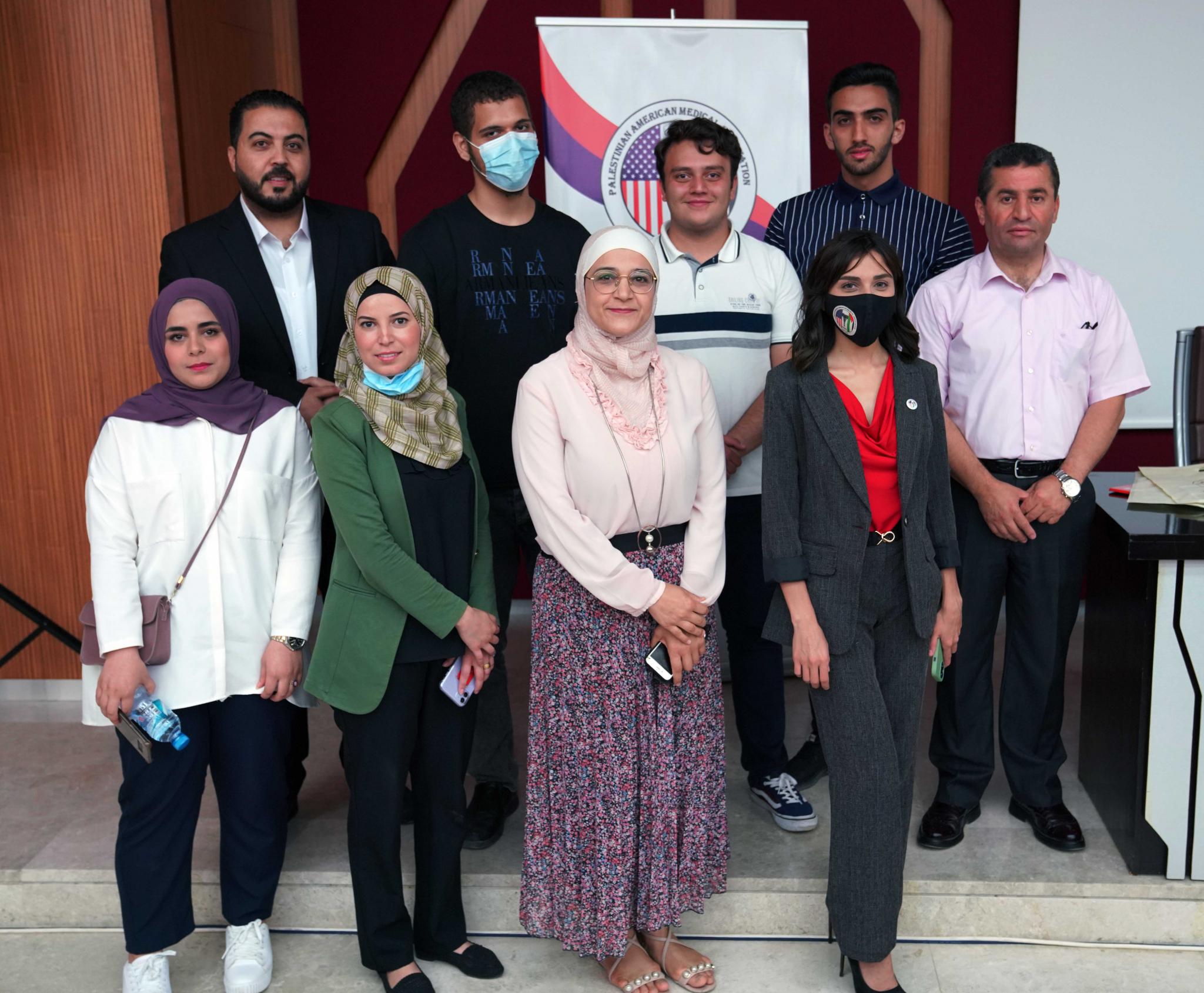