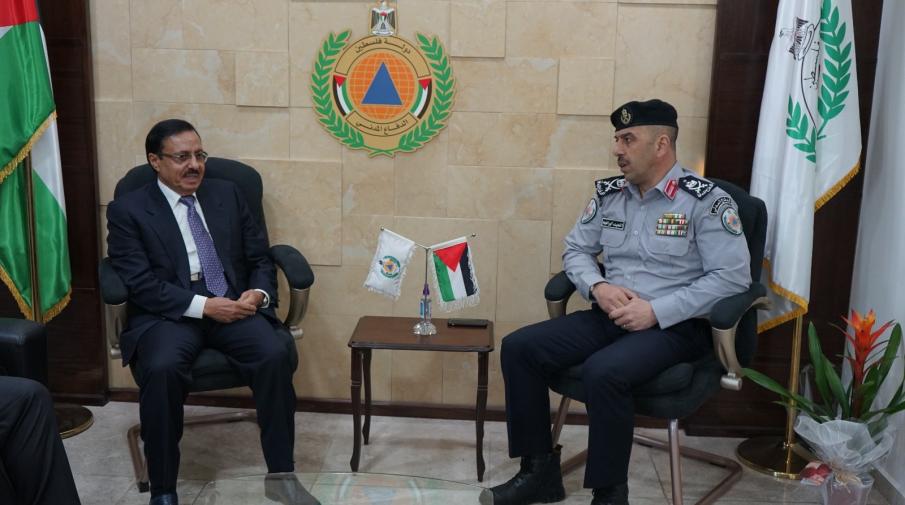 Along with AAUP’s council Chairman, Dr.Yousef Asfour, was Mr. Faleh Abu Arra the director general of The Arab American University. They were greeted and welcomed by the General of the civil defense, Khalil, and he praised AAUP’s rule which has an evident imprint on the academic field, scientific research, and serving the local community. He also asserted that the civil defense always strives for enhancing its communication with a variety of academic local organizations in various aspects whether in the academic field or the studies about dangers, disasters, and its management or  through enforcing workshops in the sciences of civil defense in the field of raising awareness and general safety.

AAUP’s Council Chairman and founder, Dr.Yousef Asfour, praised the rule that the civil defense plays and gave a detailed description about AAUP’s establishment and the academic programs that it offers for Phd, masters, and bachelors. He stated that the university was established on three main goals, which are the development of the academic field, scientific research, and serving the local community. He also pointed out that AAUP offers medical, health related, and sports related services through its facilities, centers, and factories that AAUP has established since its establishment. One of its latest establishments was establishing the largest artificial limbs factory in the Middle East and the most unique factory in Palestine. AAUP always strives to develop, progress, and distinguish thereby it develops academic programs, unique and special majors which fits well with the local, regional, and international market. 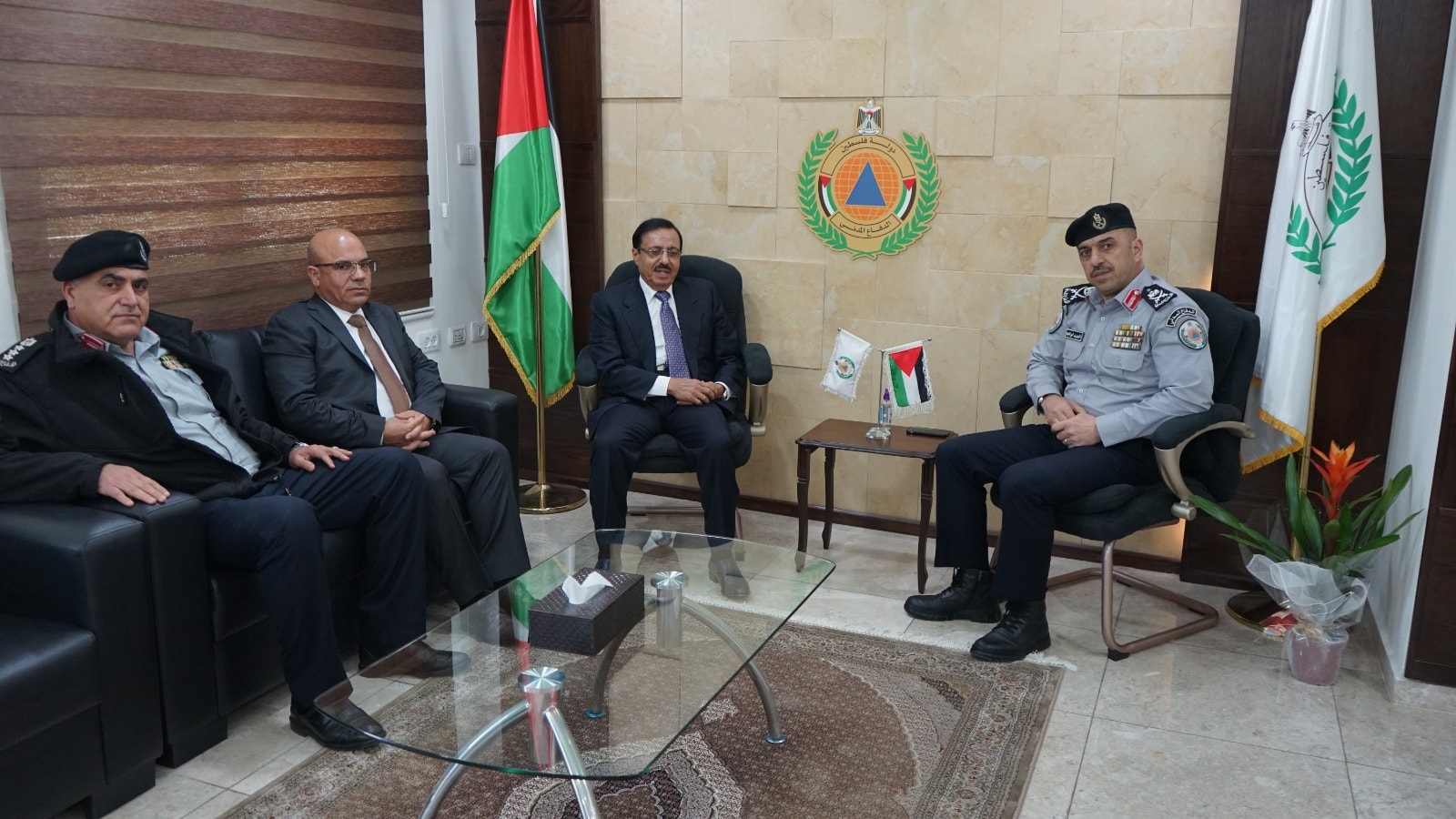 Chairman of the Board of Directors
Cooperation
Ramallah Campus