Hassib Al-Sabbagh Center for Information Technology Excellence in AAUP has organized HULT Prize 2020 competition with the participation of 25 teams from all faculties. This competition helps participants to try to find solutions and create entrepreneurial companies with positive effect on the environment. 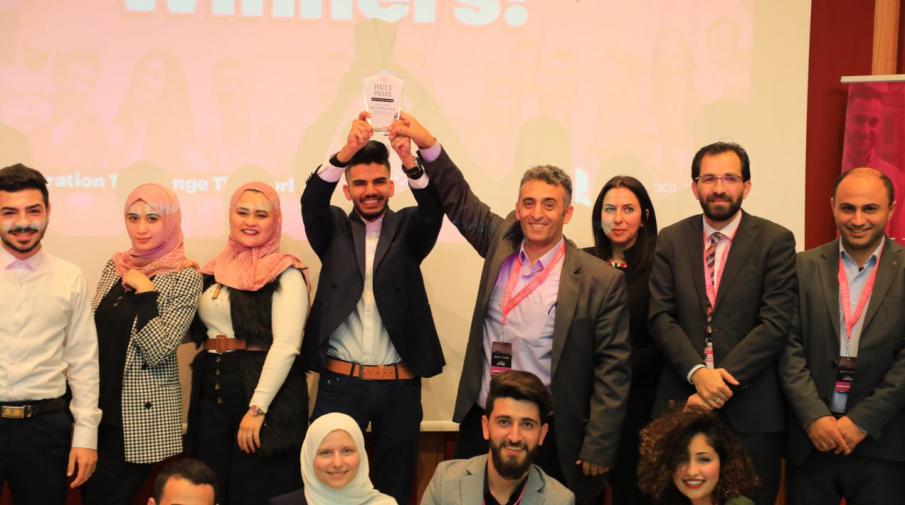 Dr. Nizam Diab- the VP for Training Affairs started the competition, which was organized with HULT Prize team, by welcoming guests and judges committees which contain professional members from universities and Palestinian institutions. Dr. Diab explained that this competition is a great opportunity for ambitious students and will give them the chance to come up with creative projects that can compete internationally. He also talked about the importance of creativity for Palestinian students and youth, and asserted that this is the path to success. Thinking of a project and working on it to become a real small project and company locally, will be the first step to internationality.

Dr. Nizam Diab added that Hassib Al Sabbagh Center focuses on creative students and youth from the local community, and they are always ready to provide guidance, advice and support because they believe that youth are the foundation for change. Hassib Al Sabbagh’s role is not only to provide education, but also to encourage ideas and entrepreneurial projects.

Eng. Ahmad Fo’ad- the Head of Hassib Al-Sabbagh Center welcomed guests, and started talking about the importance of the competition as it starts locally and winning teams will compete internationally. In addition to the

Rida Abu Shikha- HULT Prize Manager who is a student in the Faculty of Engineering and IT and who got the title of the best HULT Prize event manager on a world level, talked about his previous experience in HULT Prize and how he and his team reached the finals in London. He also talked about their determination to continue their journey even though they did not win the finals. Then he gave some advice for the participated teams for this year, to take challenges, determine on wining and market their project correctly.

The head of the Student unions council in AAUP – Student Hasan Abu Dukhan explained how the council encourages and supports students’ activities especially the activities that reflect creativity in students. He wished that Palestine and AAUP will always be in the finals of HULT Prize and all other international competitions. 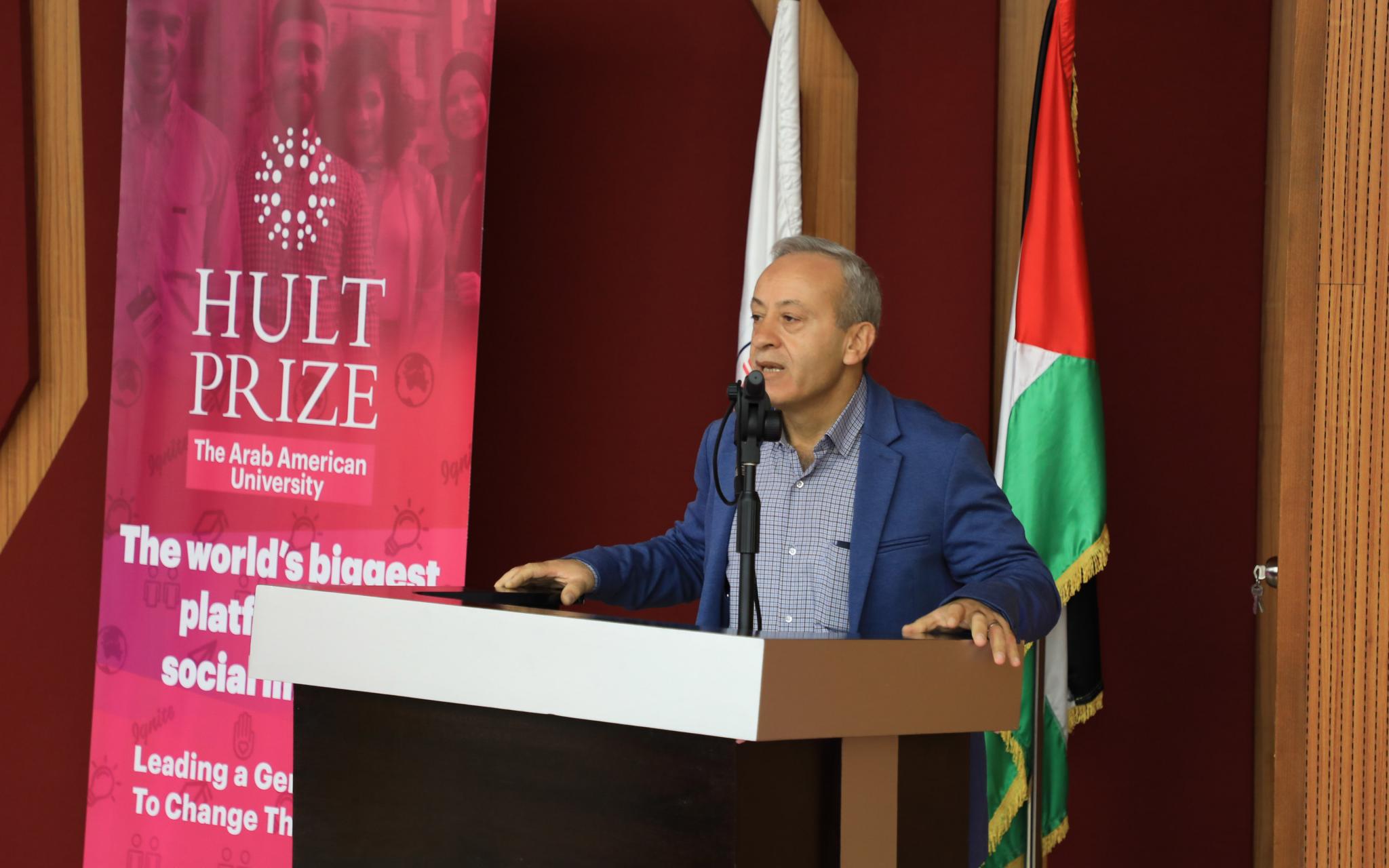 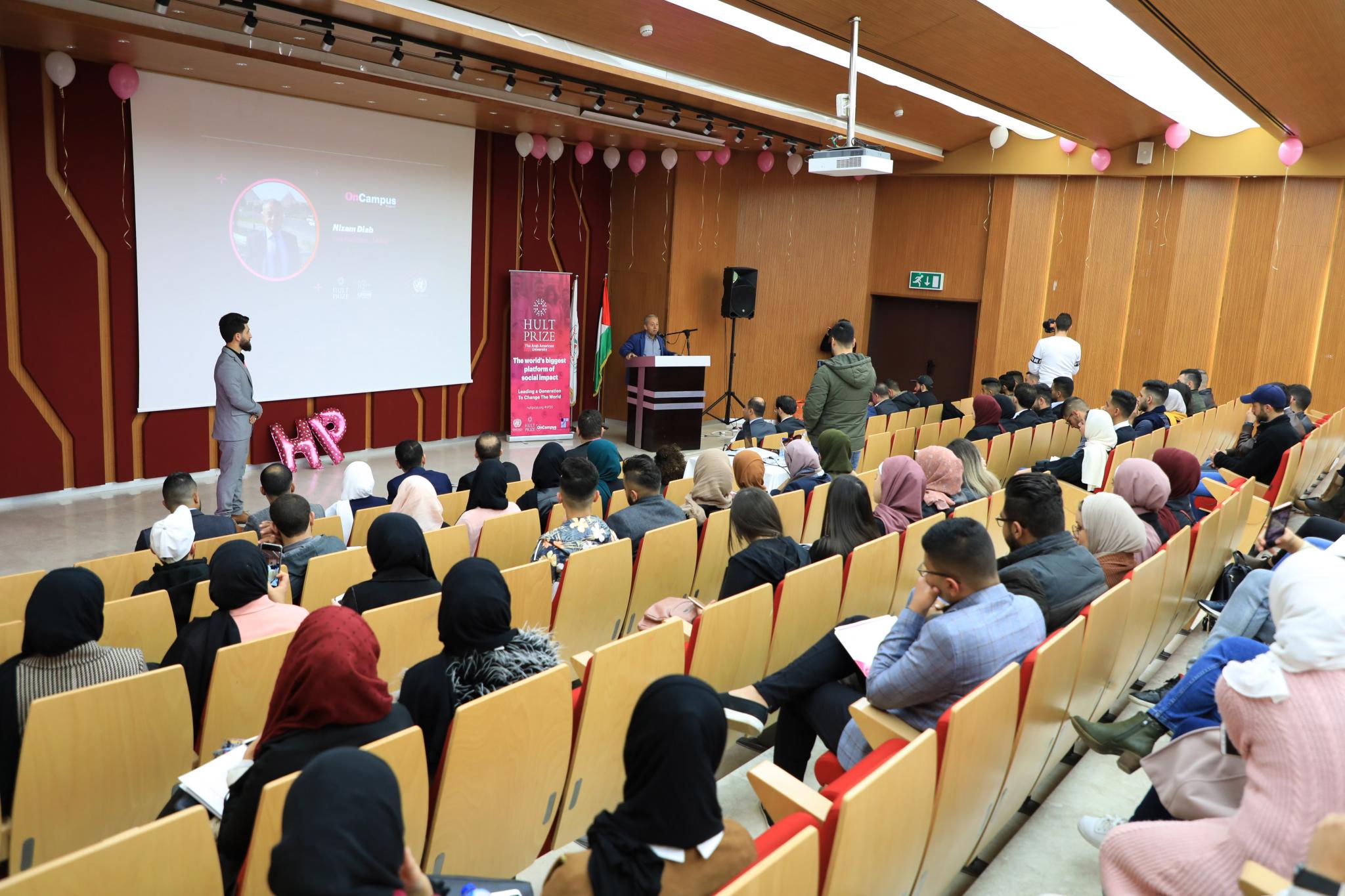 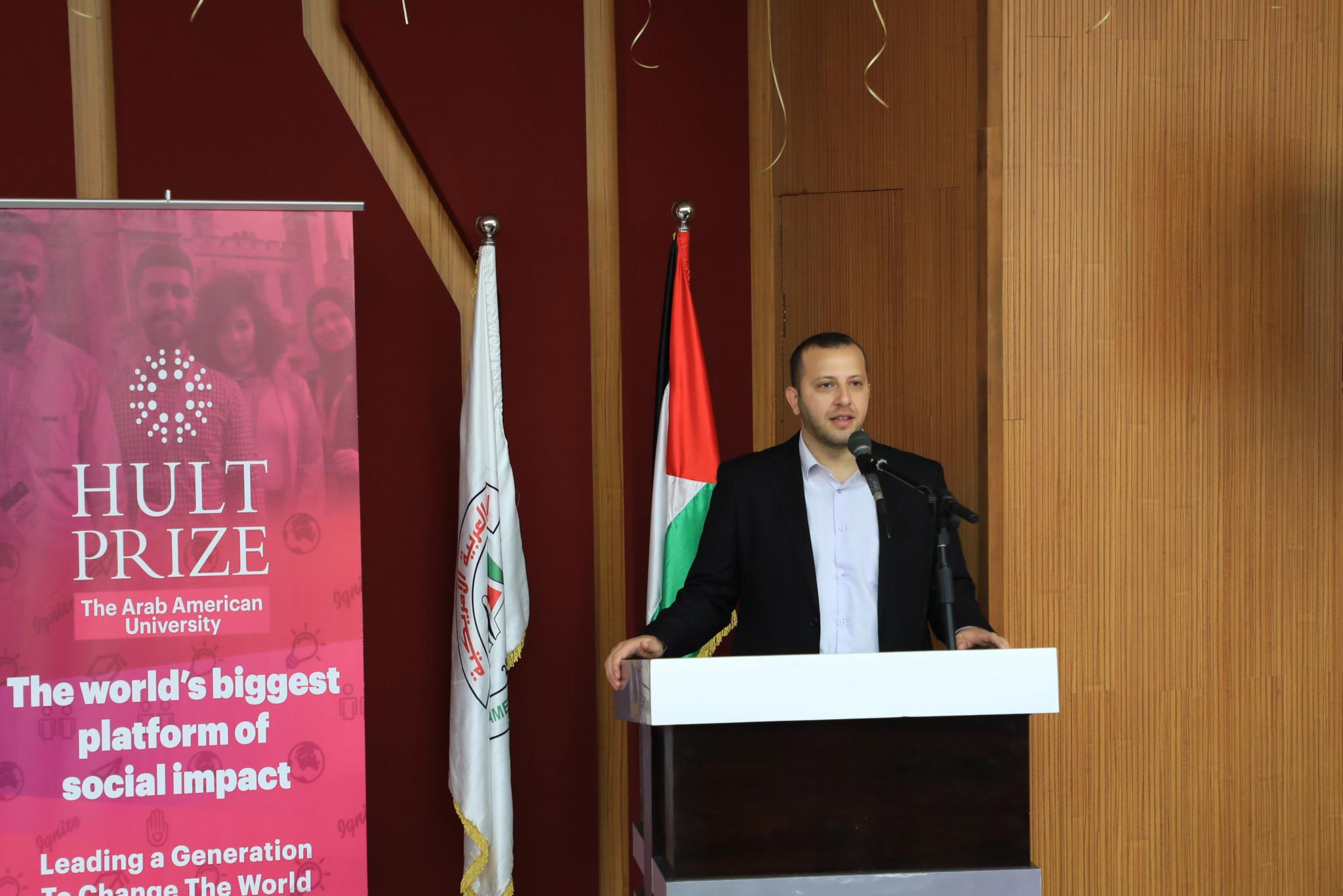 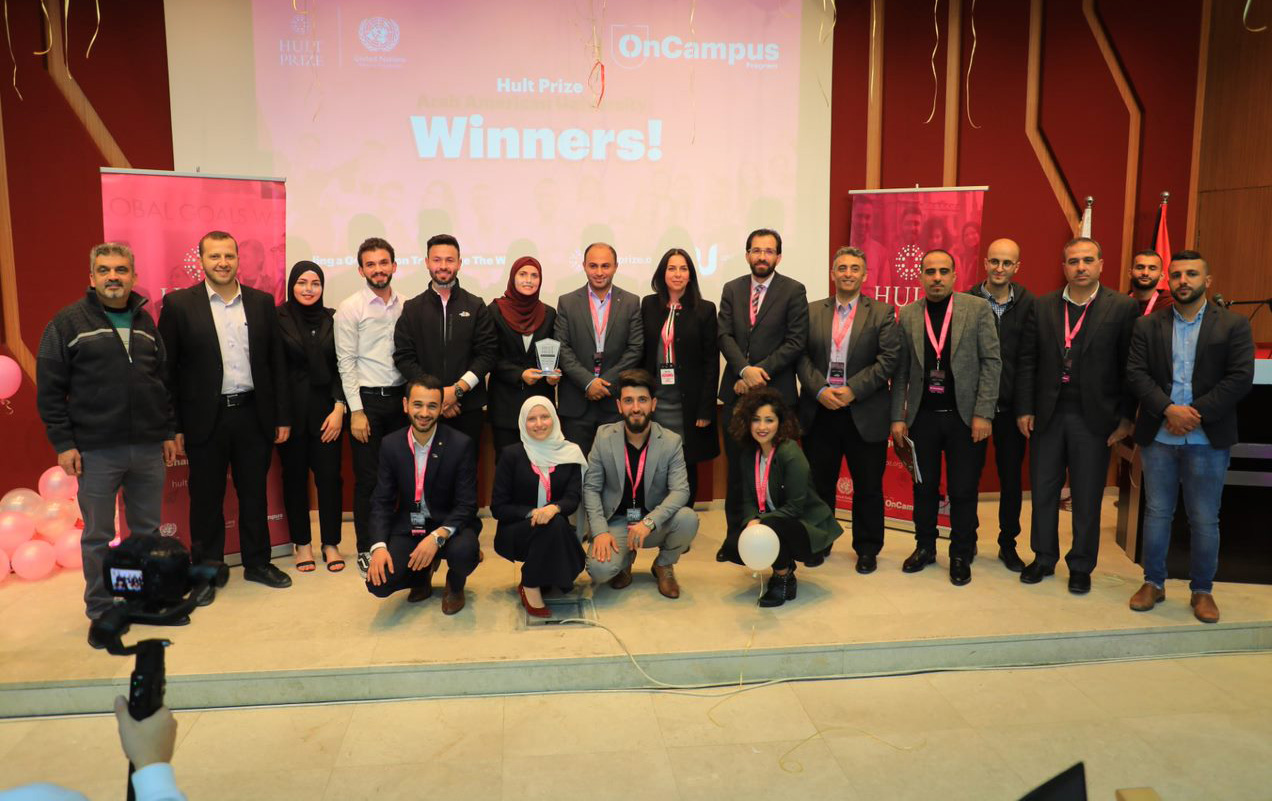 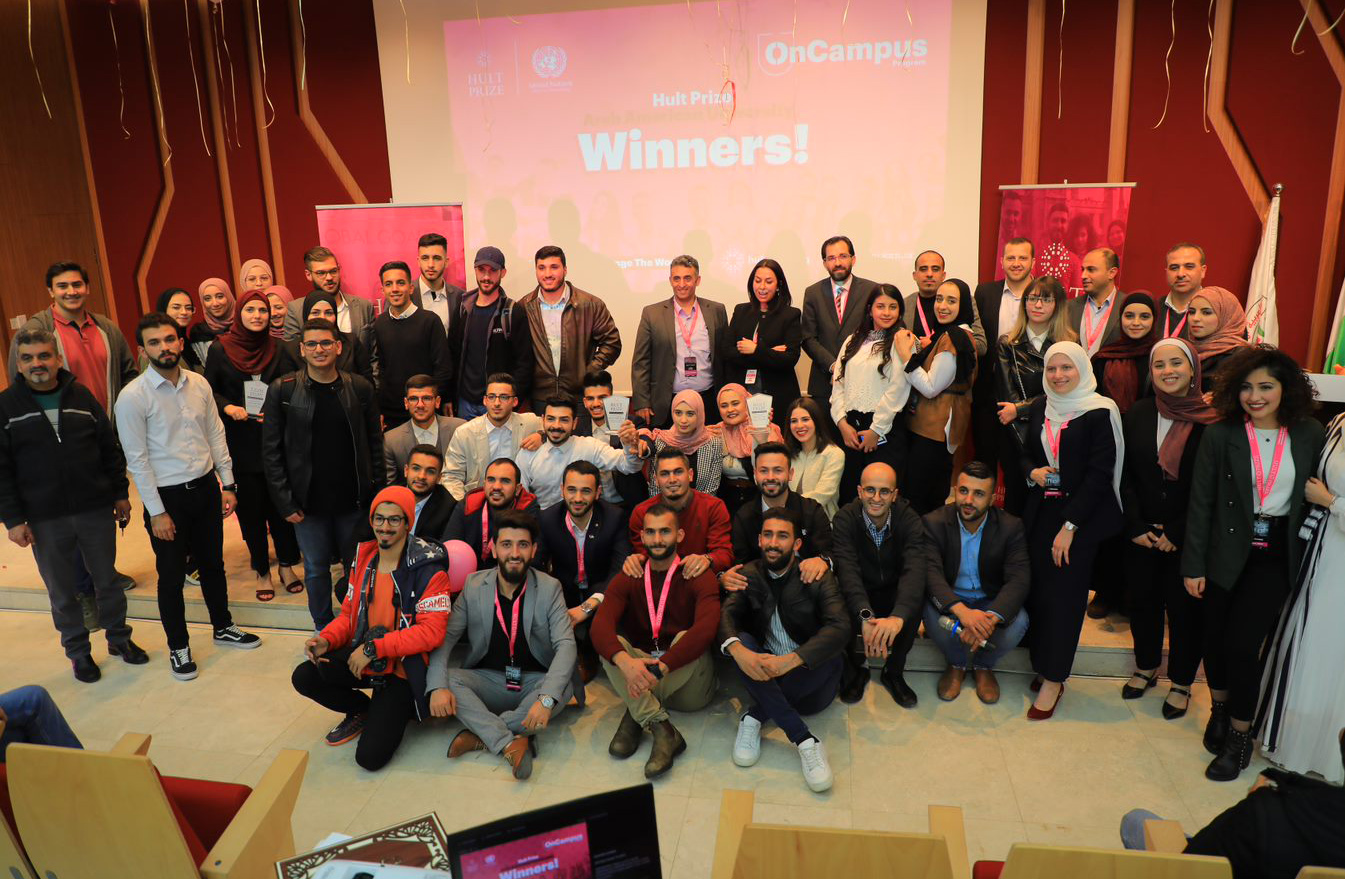