The Arabic Language and Media department in the faculty of Arts at The Arab American University organized a training event under the tile “principles in economic journalism” that targeted the department’s students in cooperation with the network of economists journalists and the Palestinian Press Union. 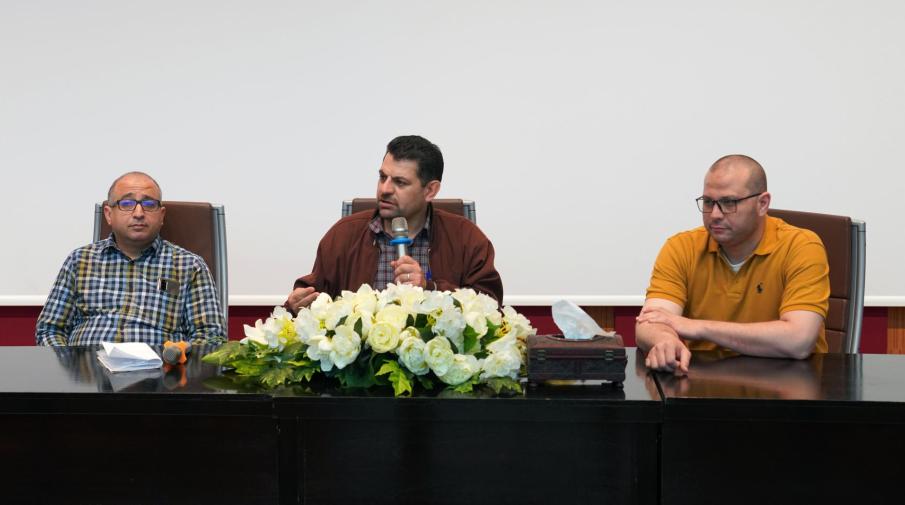 In presence of the representatives of the commercial journalists network Ayham Abu Gosh and Yousef Al-Zawawi, the Palestinian Journalists Union, Dr. Imad Abu Hasan the head of the Arabic Language and Media Department, Saeed Abu Mulaa the vice dean of the Modern Media Faculty, and Dr. Mahmood Khloof a lecturer at the Arabic Language and Media department.

Dr. Mahmood Khloof opened the event by welcoming the guests and praised the role that the Palestinian Journalists Union and the commercial journalists Network play and emphasized on the importance of this training event for the students of the Arabic Language and Media, pointing out that the department specifically and the university in general always seek to develop their students and build their personality through training sessions and holdings  meetings and workshops in cooperation with the long-standing Palestinian institutions. He also encouraged students to benefit from this training session especially that it focuses on commercial journalism which is a rare and demanded specialty in the local, regional and international markets.

The training session discussed several subjects such as the Palestinian economy, its specificity, and its working environment, the institutions that issue economic numbers, how these numbers are read, dollars, gold, petrol and the relation between them, prices in Palestine and the family spending basket.

At the end of the event, the door for asking questions and discussion was open and the instructors Abu Gosh and Al-Zwawi, The Arabic Language and Media department in the faculty of Arts at The Arab American University were honored. 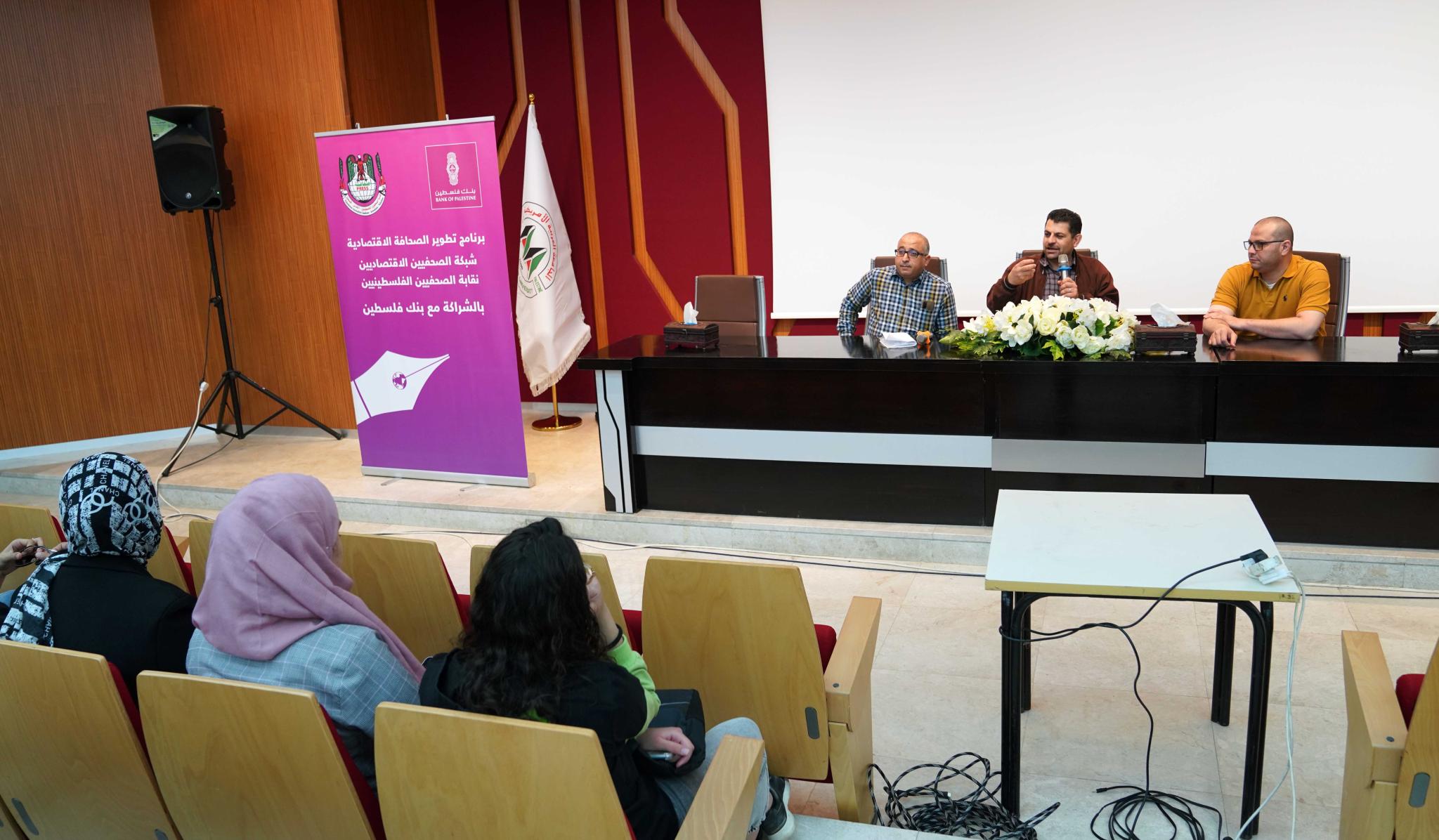 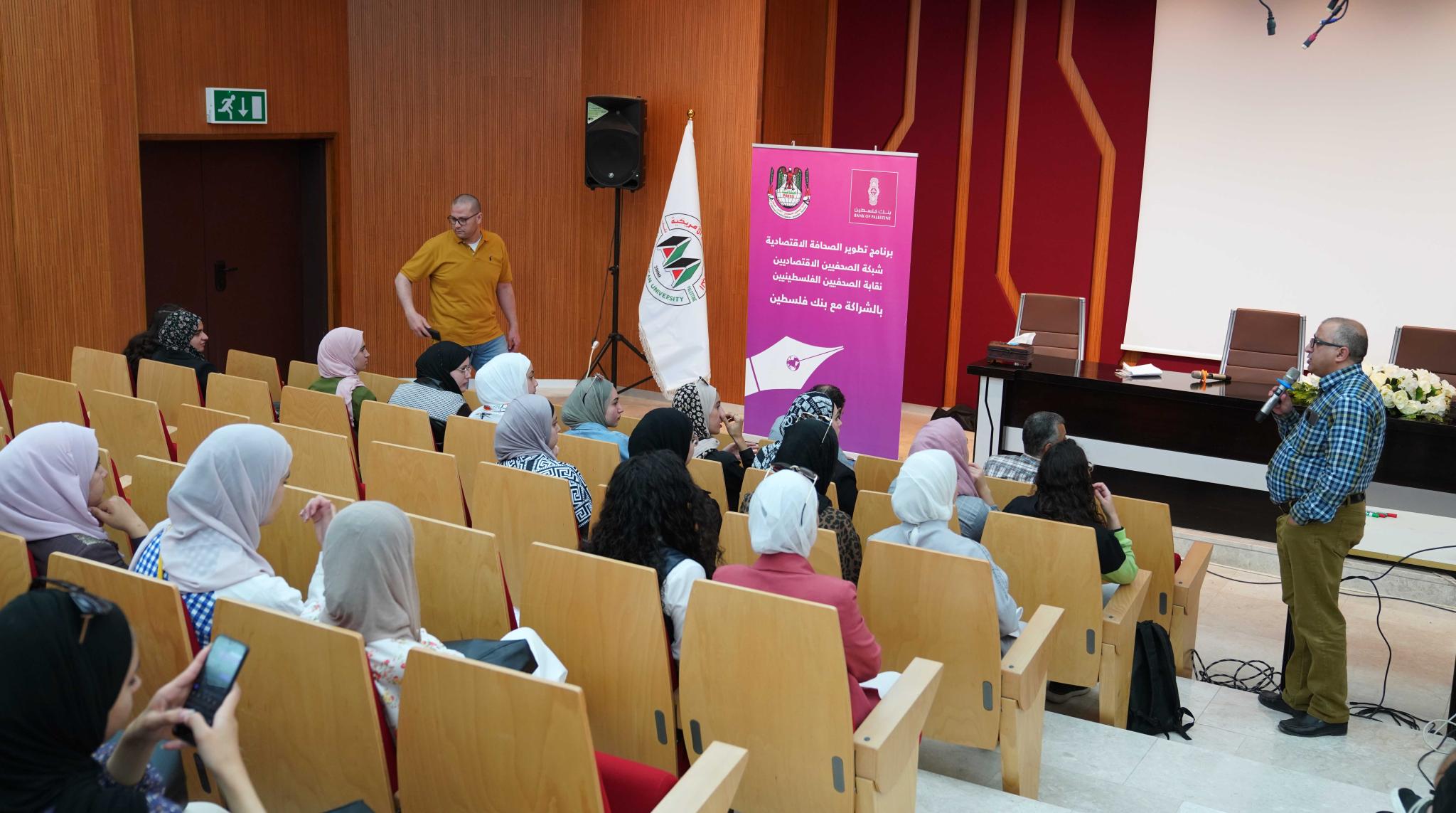