Under collaboration with the Palestinian universities in the West Bank and Gaza, activities of the International Day of Geographic Information System were organized in Hebron University and the Faculty of Engineering and Information Technology took part in these activities. 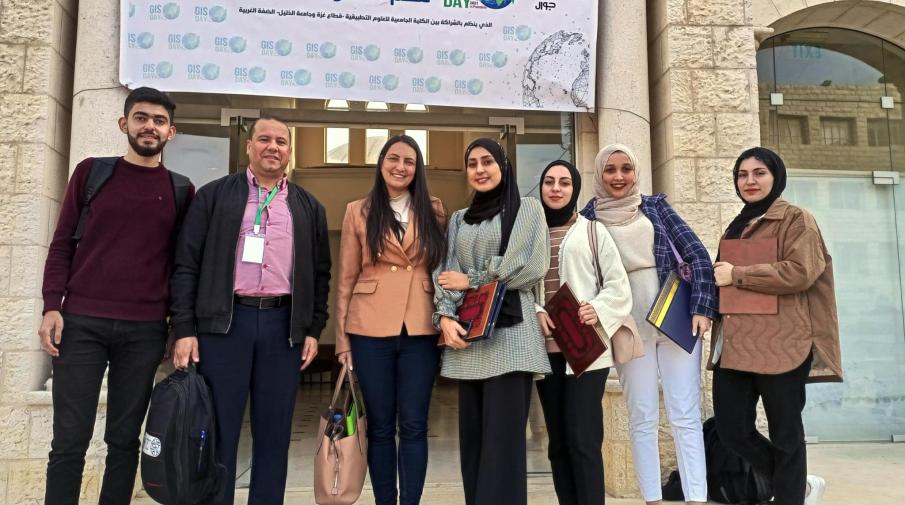 Dr. Joubran in her speech in the last session of the activities presented a presentation that discussed the role of GIS in the real estate appraisal inside the green line, and said that AAUP students have participated in the activities in three projects.

The first project was about “Civil Defense Services Analysis in Jenin” under the supervision of Dr. Faisal Sabbah and was applied by Students Nour Farhat, Taqwa Alsaid, Anoud Qabha and Sewar Alqsim. The second project was about “Analysis the Documentation of Traffic Accidents in Jenin” and was applied by students Rima Abu Haija, Isra Aburub and Mai Aburub under supervision of Ms. Aseel Kmail. Lastly the third project was entitled “Find your Doctor by using GIS Programs” for students Mohammad Basem and Yasmin Fashafsheh, and it is a project that is still under preparation for the current semester under supervision of Ms. Aseel Kmail.

It is worth mentioning that Arab American University was the first to organize the activities of the International Day of GIS in 2015 as it is the only university that has a GIS Department between the Palestinian Universities that offers an undergraduate Degree in GIS program.