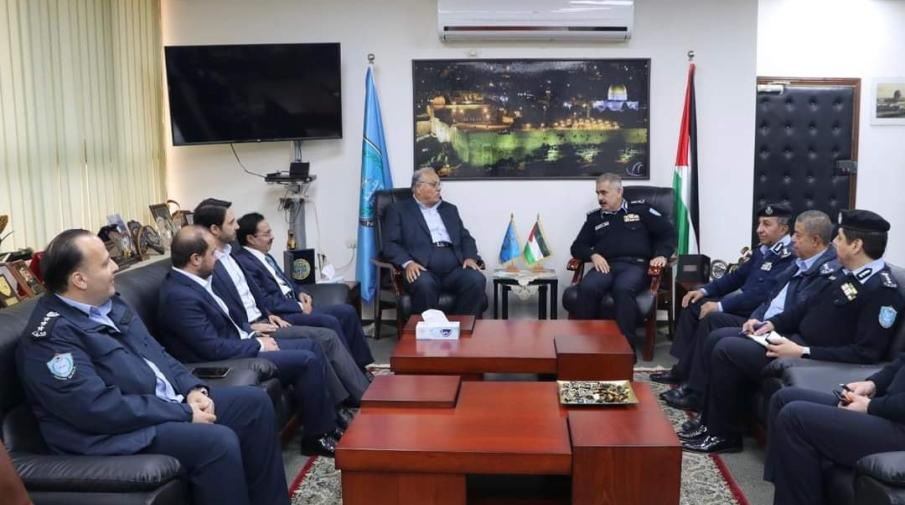 Major General Yousef Helo welcomed the delegation and expressed his pride in Arab American University as a great edifice that serves the Palestinian people by providing higher education services of all degrees. He assured that the police are always ready to solve all problems that the university might face from providing a safe surrounding environment or the keeping the safety of citizens and the local community organizations. Major General Helo also emphasized on the complementarity of the relationship between the police, citizens and societal responsibilities that all must handle in the community, and the relation between the police, the civil society organizations and the educational institutions including Arab American University.

Prof. Ali Zeidan Abu Zuhri talked briefly about the university, its establishment and development, its programs, number of students, employees and visitors and the services it provide to the local Palestinian community. Prof. Abu Zuhri also thanked General Helo and the police device for the services they provide to the area and the fast response to deal with the daily cases that happens in the university area, and expressed that he is looking forward to more efforts to be focused on the area that now contains a huge population of students of AAUP.

Major General Helo also discussed the possibility of the joint collaboration to qualify police officers by accepting them in some of the important programs that will be in the interest of the police work, and will raise capabilities and improve the quality of performance.

At the end of the meeting, it was agreed to form a joint committee between Arab American University and the police to perform an integrated study by the police authorities to enhance the security situation in the university area and to overcome all obstacles that might face security and order. 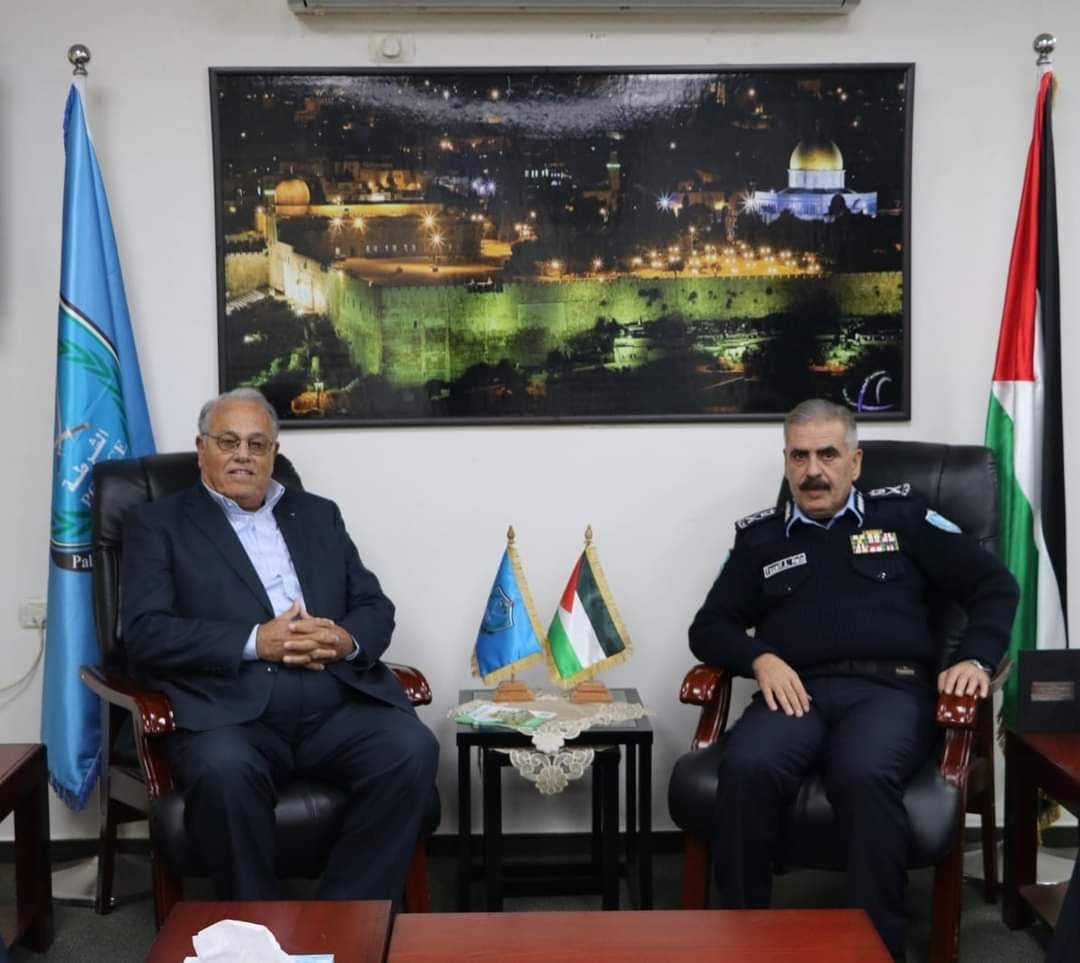 Meeting
President
Chairman of the Board of Directors
Police
Ramallah