Prof. Ali Zeidan Abu Zuhri- Arab American University President received a delegation from the Police Department in Jenin in order to put the final practical steps on ground to be implemented for the security in the area of the university. 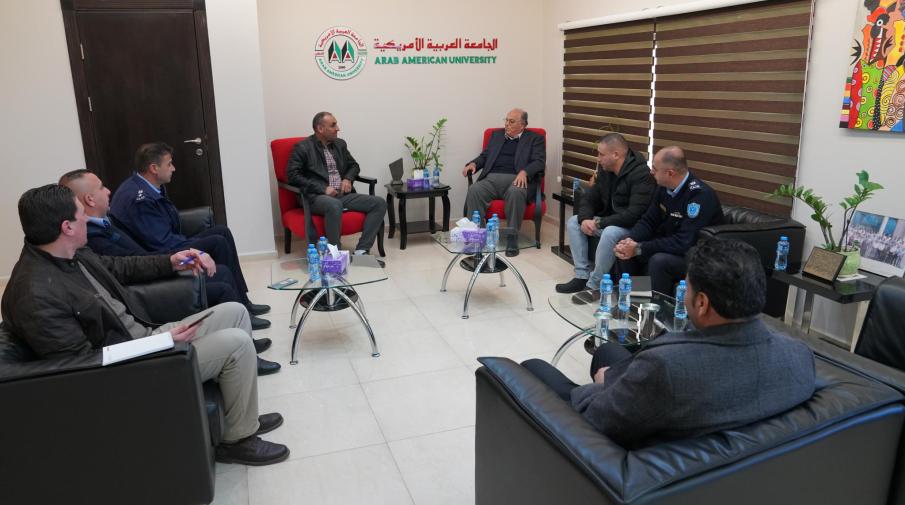 In their reception was Arab American University President, Dr. Moayad Abu Saa- the VP for Academic Affairs, Prof. Mazin Abu Lail- the Assistant to the Dean of the Students Affairs, Eng. Sulaiman Fuqaha- the Director of the Engineering and Maintenance Department and Mr. Fadi Jumaa- the Public Relations Manager.

Prof. Abu Zuhri welcomed the delegation during the meeting and emphasized on the importance of communication and security collaboration in the campus and the university area and to impose law and regulations. He also indicated that the AAUP is fully ready to provide every possible support for the police and the security forces to provide safety and security to students even outside the campus area.

Prof. Abu Zuhri added: “Collaboration with the security forces will not be only for the university area, but it will also extend to cover the local community as they are also responsible to provide safety and security feelings for our students. We are all responsible to our university and its educational and economic role, as the university has achieved many achievements for its students in specific and for the local community in general”.

Lt. Col. Abdelfattah Daowd- the Detective Director praised the education and pioneer role of Arab American University and assured that continuous support and communication between the university and the security forces to offer the best security as the police cars are now available in the area 24/7 and will not accept or allow any law or security disorder. He also emphasized on the need to put final practical steps, as there are many security plans that are already being implemented in stages just to reach out to a safe and secured campus, area and neighborhood. 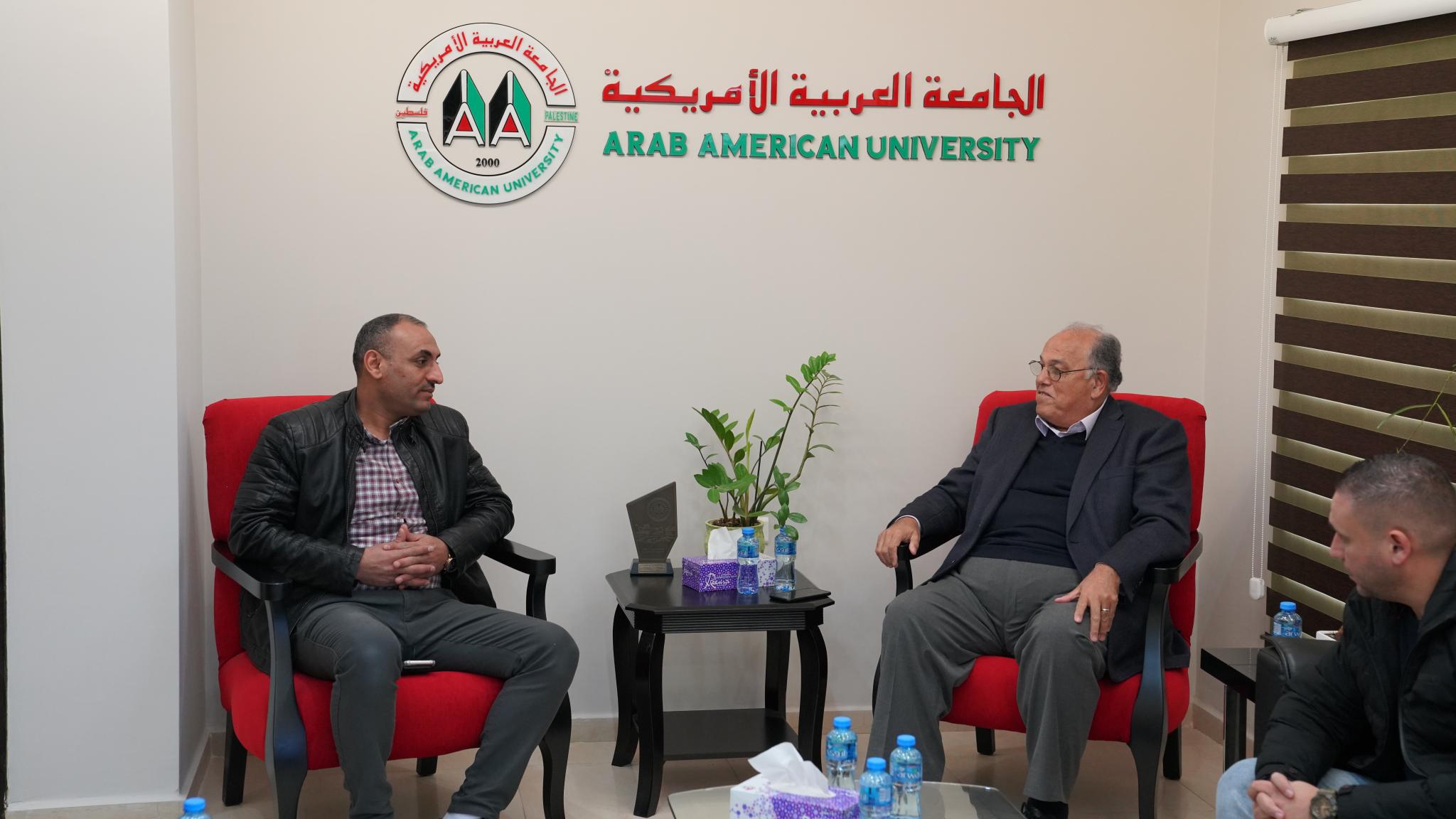