AAUP Prof. Atef Qasrawi is Amongst 2.5% Best Researchers in ResearchGate Rank for 2019

According to the recent announcement in ResearchGate, Prof. Atef Qasrawi- an AAUP Professor and Researcher in Physics and Nanotechnology was ranked amongst 2.5% best researchers for 2019 in the Scientists and Researchers list that contains almost 17 million scientists and graduate students from all over the world. 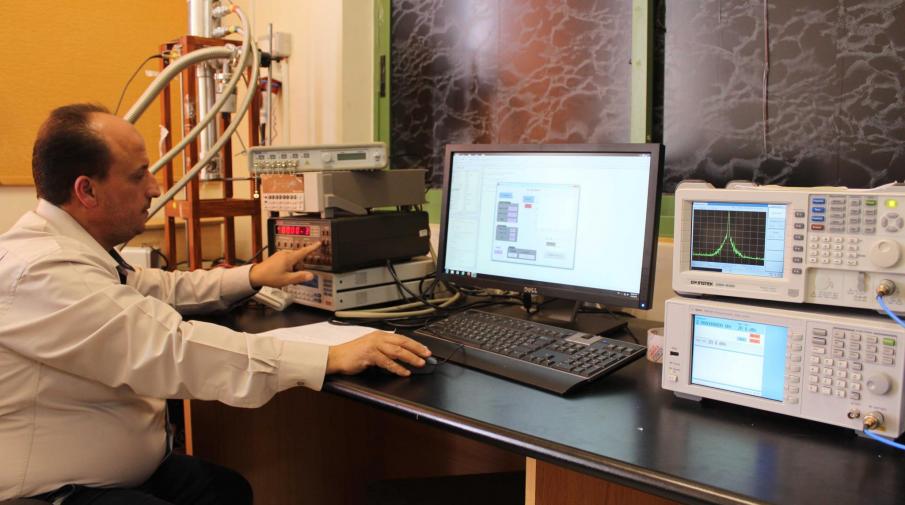 Prof. Atef Qasrawi, who is also a member of the Higher Council for Innovation and Excellence since 2013, said that “It is an honor for me to reach this level after the hard work and effort, especially with all the support from Arab American University, and I have been ranked previously top 5% between 5 million scientists and researchers in 2017.”

Prof. Qasrawi indicated that the ResearchGate assess the “ISI” publications in its evaluation, which are accredited by the international institution of Clarivate and Thomson Reuters for Statistics and Scientific Research.

Prof. Qasrawi said that Arab American University always supports and contributes in developing the Scientific Research, and that the university has announced about financial rewards for the scientific researches and the publications of “Scopus”. AAUP provides almost 500 Thousand $ annually to support the scientific research and that contributed in increasing the annual research publications of the university.

He added: “in 2019, the scientific publications of AAUP reached to be 74 publications, comparing to 2016 which were only 21 publications. AAUP seeks to exceed 200 ISI publications annually to be able to be at the best universities rank on “Scholar” System for scientific researches and graduate studies, and so, AAUP established scientific research laboratories for physics, nanotechnology and communication engineering with around 1 million $ costs.”

Prof. Atef Qasrawi appreciated the role that Arab American University does, and thanked the Board of Directors represented by Dr. Yousef Asfour- the head of the Board, and Prof. Ali Zeidan Abu Zuhri- the University President for their continuous support to the scientific research and researchers.

AAUP Celebrating the Graduation Ceremonies of its 17th and 18th Cohorts from the Faculties of Dentistry, Engineering and IT and Sciences
23 Aug 2021
END_OF_DOCUMENT_TOKEN_TO_BE_REPLACED