Chairman of the Board of Directors of Arab American University Dr. Yousef Asfour, welcomed the Governor along with the President of the University Prof. Ali Zidan Abu Zuhri, the Vice President for Administrative and Financial Affairs Mr. Faleh Abu Ara, the Board members Mr. Bahaa Asfour, Dr. Raed Dalbah and Public Relations Manager Mr. Fathi Amor, to discuss ways of cooperation with the Governor of Jenin, Major General Akram Rajoub who was recently been promoted to his new positon. 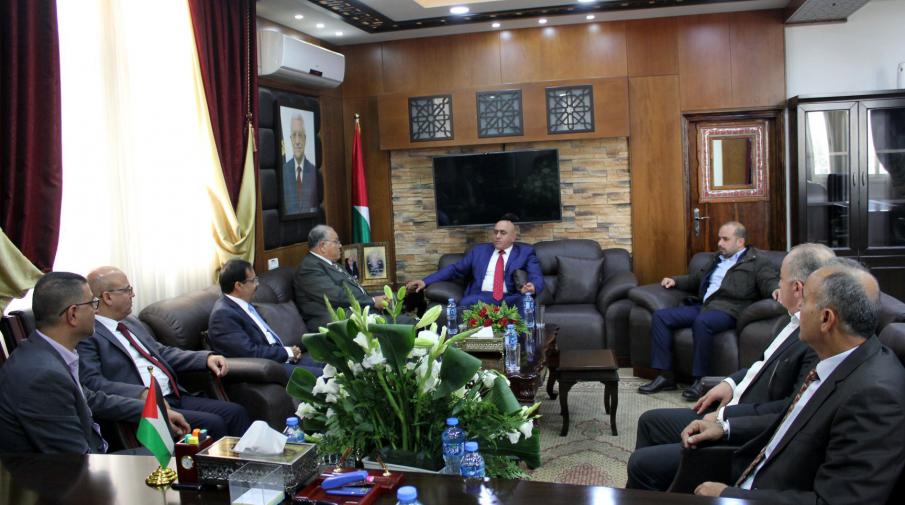 Part of the Visit

The Chairman Dr. Asfour congratulated the governor of Jenin Major General Rajoub for his new position governorate wishing him success in the interest of maintaining and developing Jenin towards achieving safety and security in the town, social and economic stability. Praising the role he played during his tenure in Jenin.

The President of the University Prof. Ali Zidan Abu Zuhri briefed the Governor on the reality of the university in terms of colleges and its students and their needs, which require cooperation with the governorate and official institutions.

The Governor of Jenin Major General Akram Rajoub praised the academic level achieved by the university and how it has become a scientific and cultural monument building generations. He pointed out that the university has become one of the most important landmarks in Jenin.

As he added that (the allocation of the university in Jenin is a strong pillar for the rising of the Governorate in all fields, and we as Palestinian people we have no stronger foundations than our love and desire for education, which is our proud capital, and we want to build our Palestinian state with education and knowledge) he said. The University is unique in its communion between the Palestinian people from all cities in addition to the territories of 1948 and abroad and inside Palestine in addition to its uniqueness in advanced scientific programs.

The two sides discussed a number of issues that are at the heart of the University's administration in its constant quest for development and project developments in its surroundings.

On another hand, the chairman of the Board of Directors Dr. Youssef Asfour and the President of the University Prof. Ali Zidan Abu Zuhri, the Vice President for Administrative and Financial Affairs Mr. Faleh Abu Orah, the Board Member Mr. Bahaa Asfour and the Public Relations Manager Mr. Fathi Amor congratulated the governor of Nablus Major General Ibrahim Ramadan of his new promotion taking responsible of Nablus and praised the role he played during his tenure as Governor of Jenin. 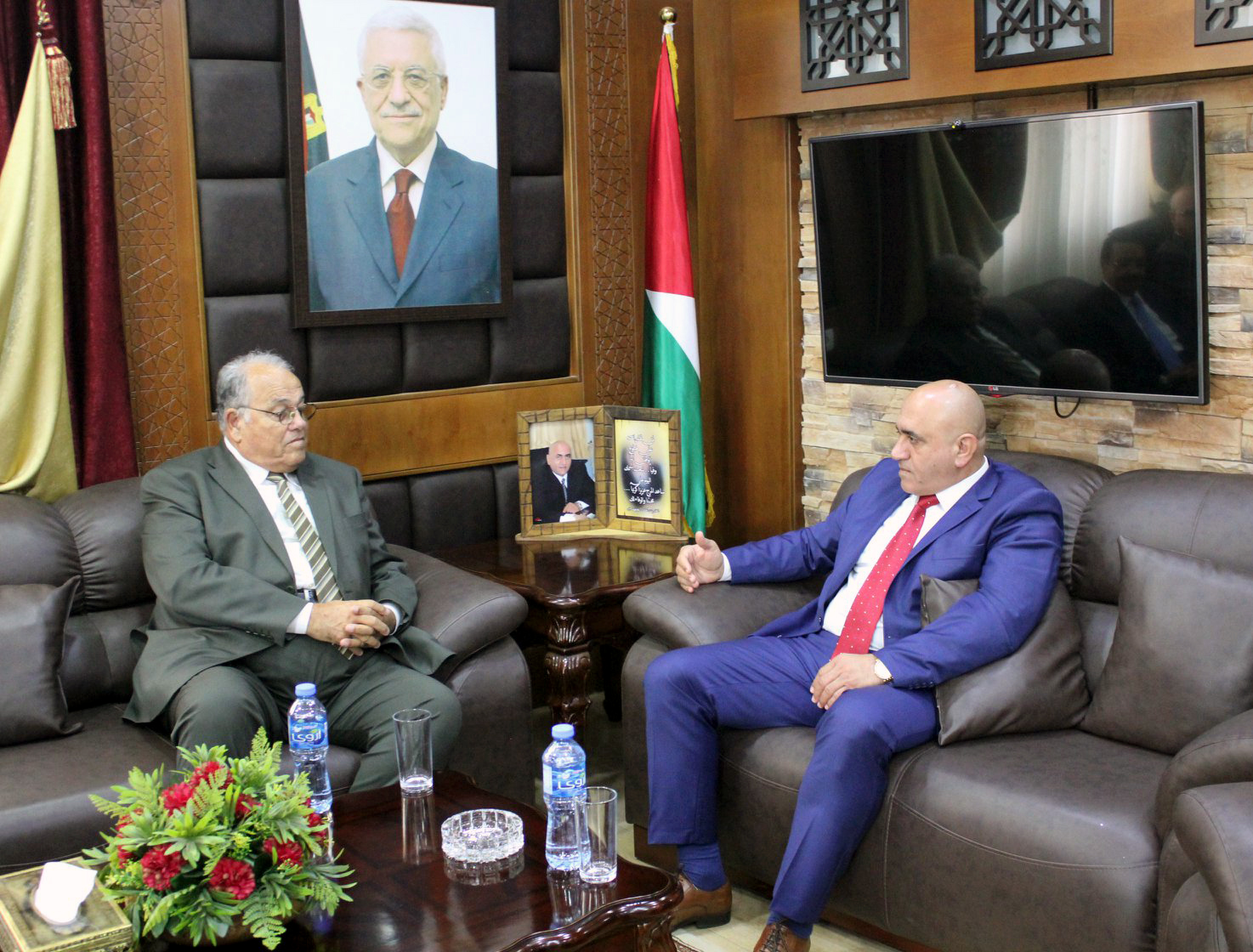 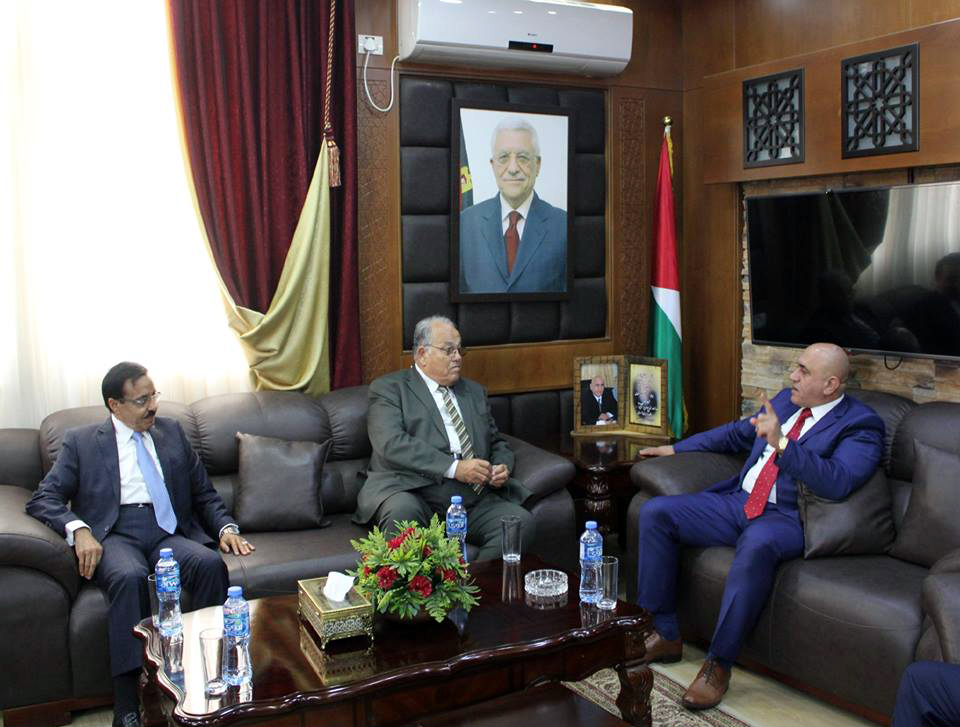 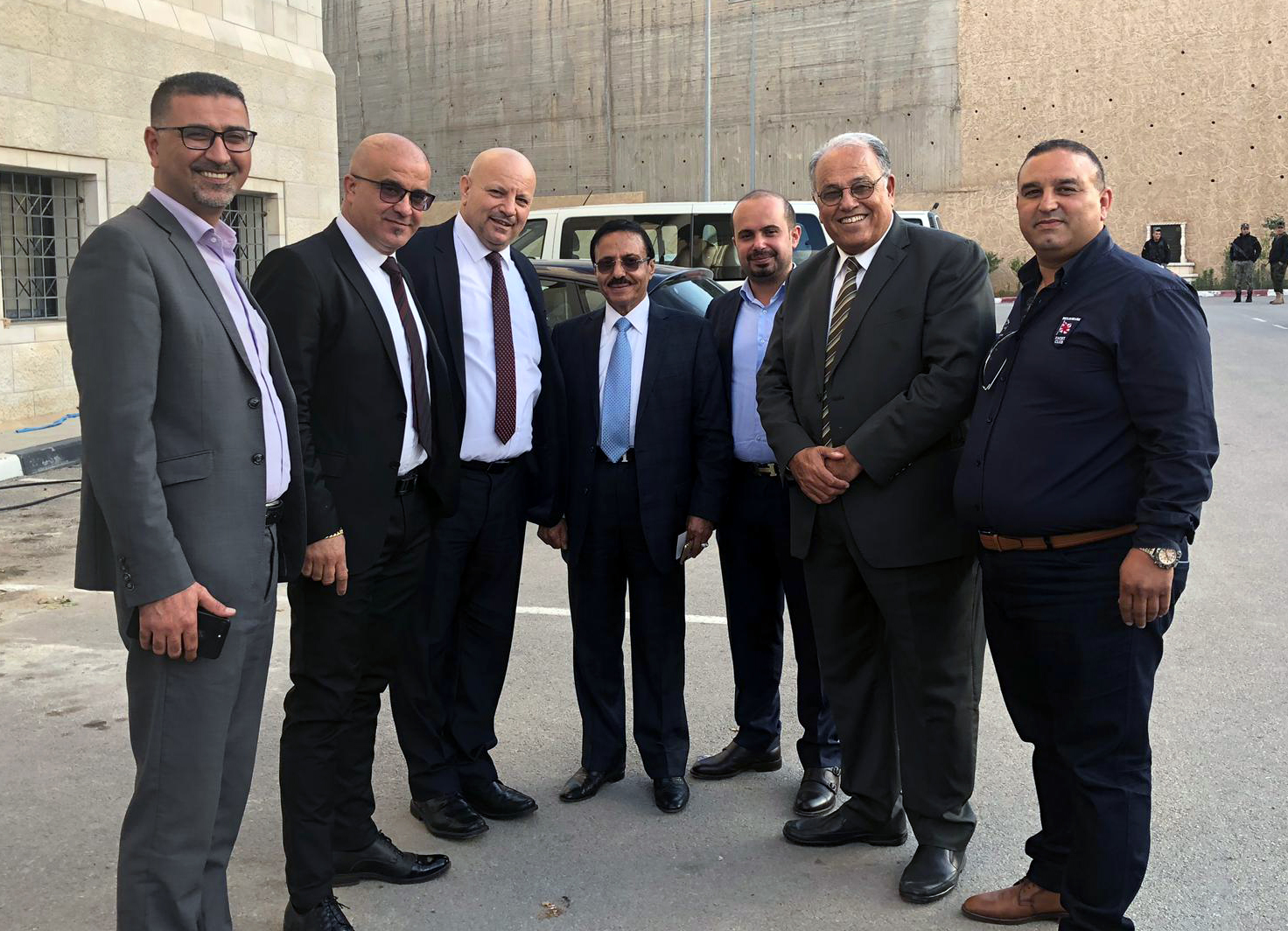 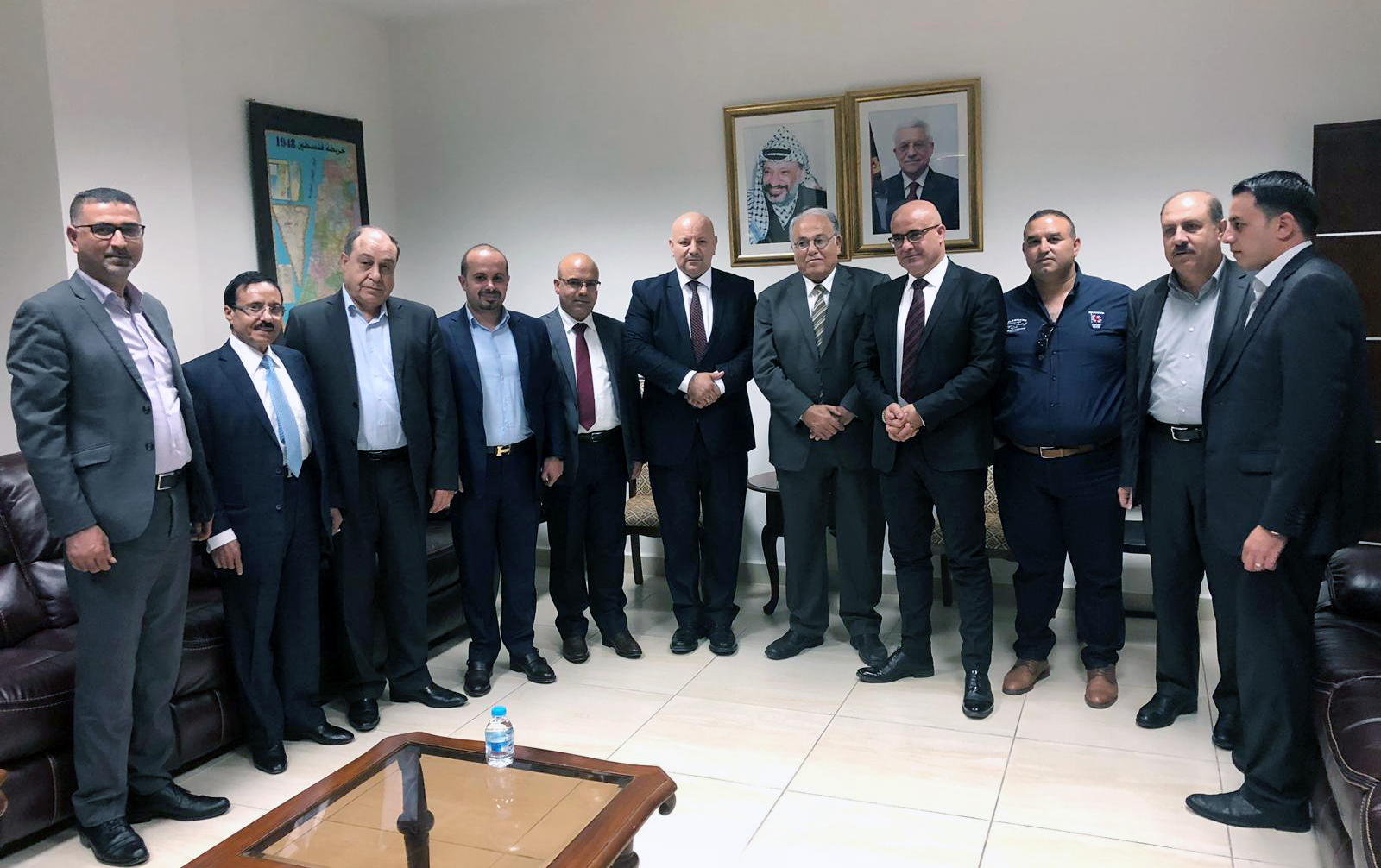