The Arab American University and the Palestine Islamic Bank discussed ways of developing cooperation between them in mutual interest areas during a Bank's delegation visit to the University. 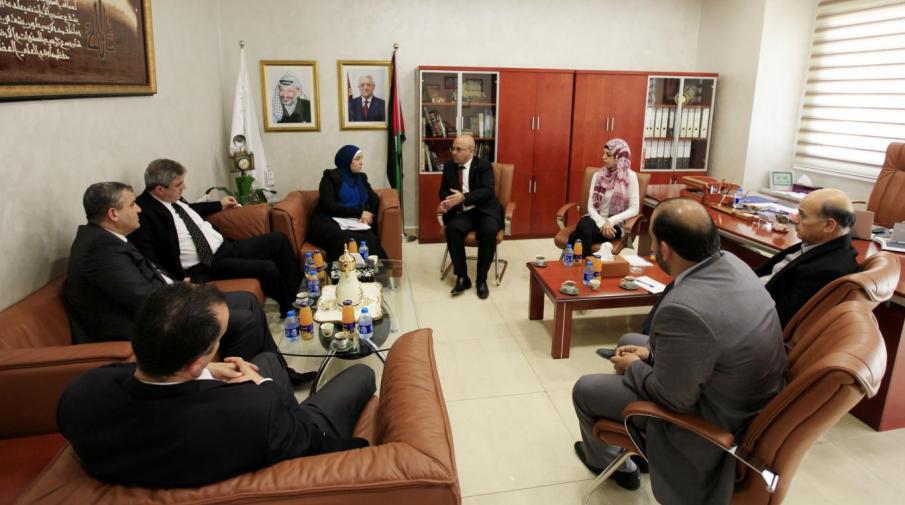 During the meeting, Mr. Abu Arra stressed that the university philosophy and vision based on building strong relations with all local and international institutions in different nature of its work, recognizing the importance of partnership and communication between institutions to serve the students and local community interests.

He also praised the Bank role in enhancing the banking sector role and strengthening zPalestinian economy. Pointing, the university works to build the students and enable them to acquire communication skills, language skills, and successful leadership to facilitate joining the Palestinian labor market in a smooth and scientific manner.

Palestine Islamic Bank Director General Bayan Qasim expressed his happiness with the existing cooperation between the bank and the university. Stressing, its goal is primarily to build leadership capabilities to continue excellence. It’s what we found in the Arab American University students who have enormous skills adding to the local market, madding it a place of excellence and creativity.

“We follow every new developments in the university and know it is developing significantly at academic and administrative levels, making an important economic center in Palestine generally and in Jenin particularly. In addition it’s an active partner in the community. With its leadership and continuous work for student to reach distinguished education”, he said.