An hour after announcing the challenge he accepted
Mohammed Ghannam, a student at Arab American University's Faculty of Law, took over the Ministry of Culture for a whole day after challenging Dr. Ehab Bsaiso, who accepted the challenge and vacated. Ghannam had a busy day. He signed a number of decisions. 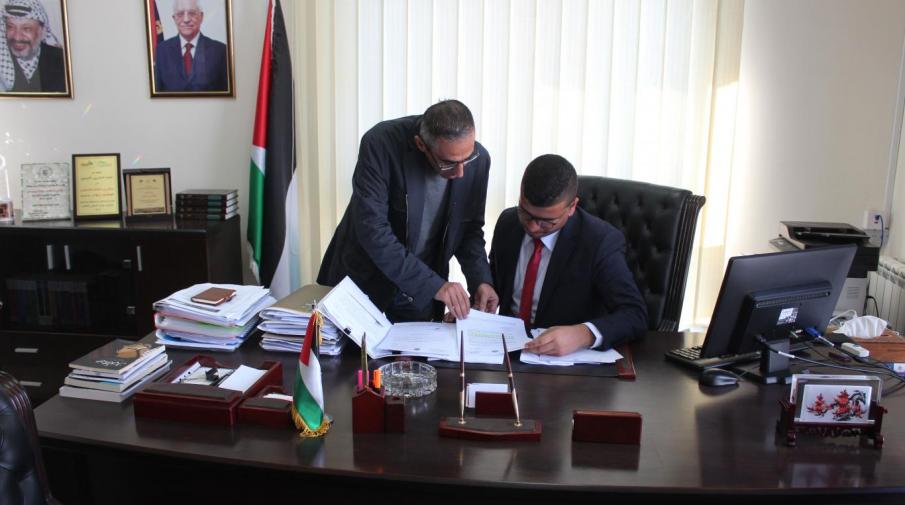 It all started with a message from student Ghannam, published on social media, in which he challenged the Culture Minister Dr. Ehab Bsaiso to take his place, become minister for a day. An initiative where young people took ministerial and senior positions for one day. Dr. Bsaiso accepted one hour after posting.

It’s as an important ministry and we can enhance society, particularly young people, Mohammed Ghannam explaining why he chose the Ministry of Culture. He said he carries several messages from youths most importantly that he can manage tasks and responsibilities.

When I read Mohammad Ghannam message, I felt there was an ambitious young Palestinian initiative that deserves attention, he added. We welcomed his initiative and enabled him to take over the Ministry for a day.

In a press conference attended by a number of media outlets, Minister of Culture Dr. Ehab Bsaiso said “We are investing this event, raising our voices on our national rights on the Balfour Declaration anniversary. Mohammad had a busy day, we met the Ministry staff, discussed work mechanisms to manage its units and various sections including the ministry future aspirations, challenges we face, and the occupation policies against Palestinians and cultural action in particular”.

Bsaiso stressed on the importance of activating young people role in Palestinian cultural field by opening up to youth initiatives, as the Ministry of Culture always welcomes various ideas and proposals strengthening strategic partnerships with cultural and academic institutions to turn cultural acts into a basic component for youth movements.

“We wanted to be minister of culture because we’re aware the Palestinian youth still have the will to change, improve our current situation for the better, and achieve our dream of a conscious society able to progress, prosperity, and provide a decent living for all classes of people, through initiatives and projects that need various parties support, especially government to achieve what youth think of the community”, said the new minister from Arab American University Mohammed Ghannam. He added, “Because we were raised in a school of democracy, President of the State of Palestine Mahmoud Abbas, took upon himself to take care of youth, sought to support them and gave them everything they need to be eligible for establishing State of Palestine. We were raised on freedom of opposition, criticism and taught to strive to achieve our dreams no matter how large and difficult they were. Thanks Mr. President for your efforts to create harmonious and full-fledged Palestinian society, the people who have suffered for decades and still occupied unjustly by the Balfour Declaration”.

The young minister stressed on the importance of issuing necessary decisions to achieve community reconciliation, one of the Palestinian street first demands. Emphasizing intellectuals’ role in settling the intellectual foundations of this reconciliation through intensifying cultural exchange and activities between the two parts of the country. He said he’ll work to issue a draft resolution to increase cultural interaction among cultural institutions and forums in West Bank and Gaza Strip.

“Today, I’m a minster for a day, and I hope to become a minister in the future and serve this generous country. I aspire to achieve this dream, which will be fulfilled sooner or later, with determination and perseverance. Because dreaming is a right for all, we must keep dreaming. Everyone must hold on to their dreams and aspirations achieve them with power and perseverance to make change”.

Ghannam thanked the Arab American University, his main supporter and promoter with programs, training and courses that had a great impact on his personality and thinking. 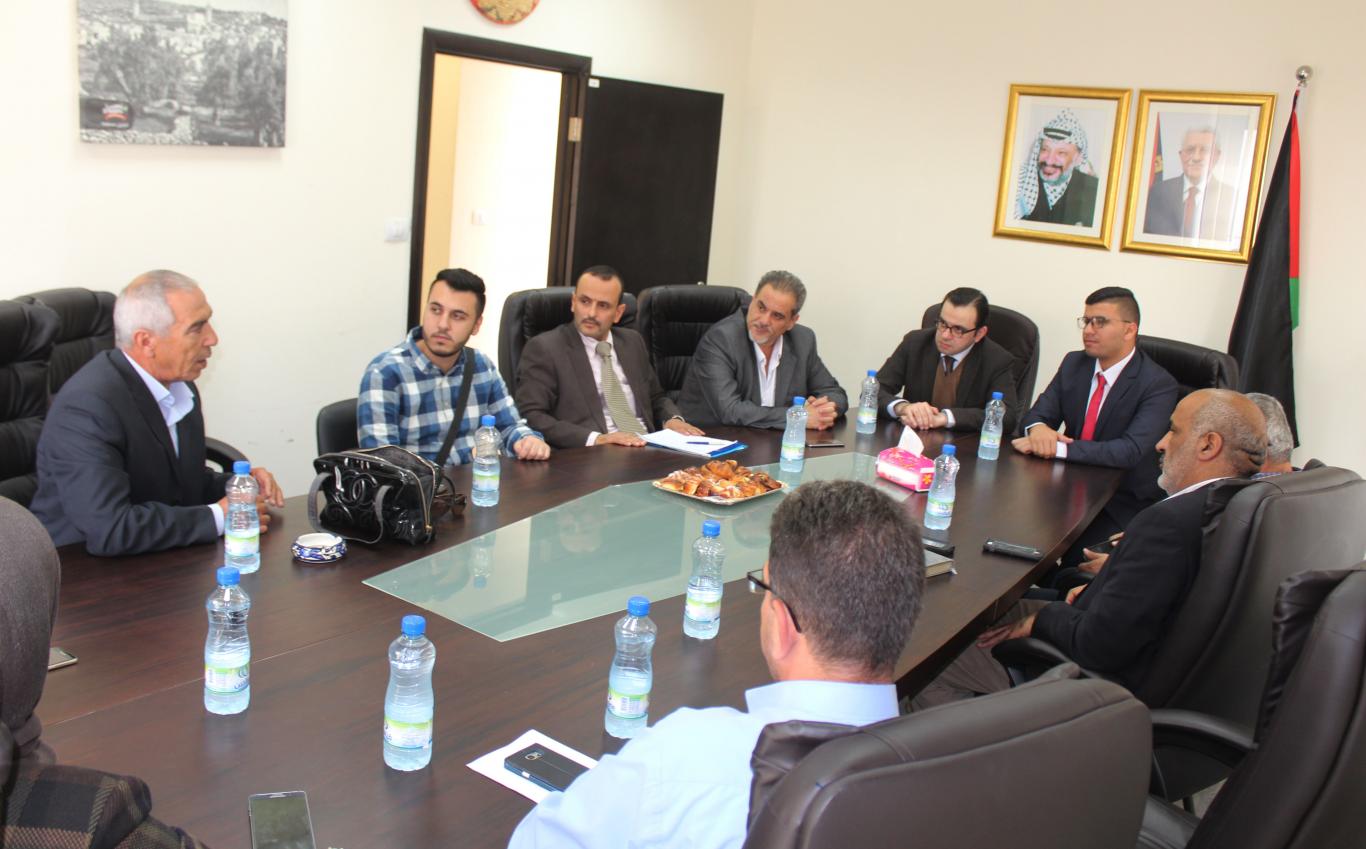 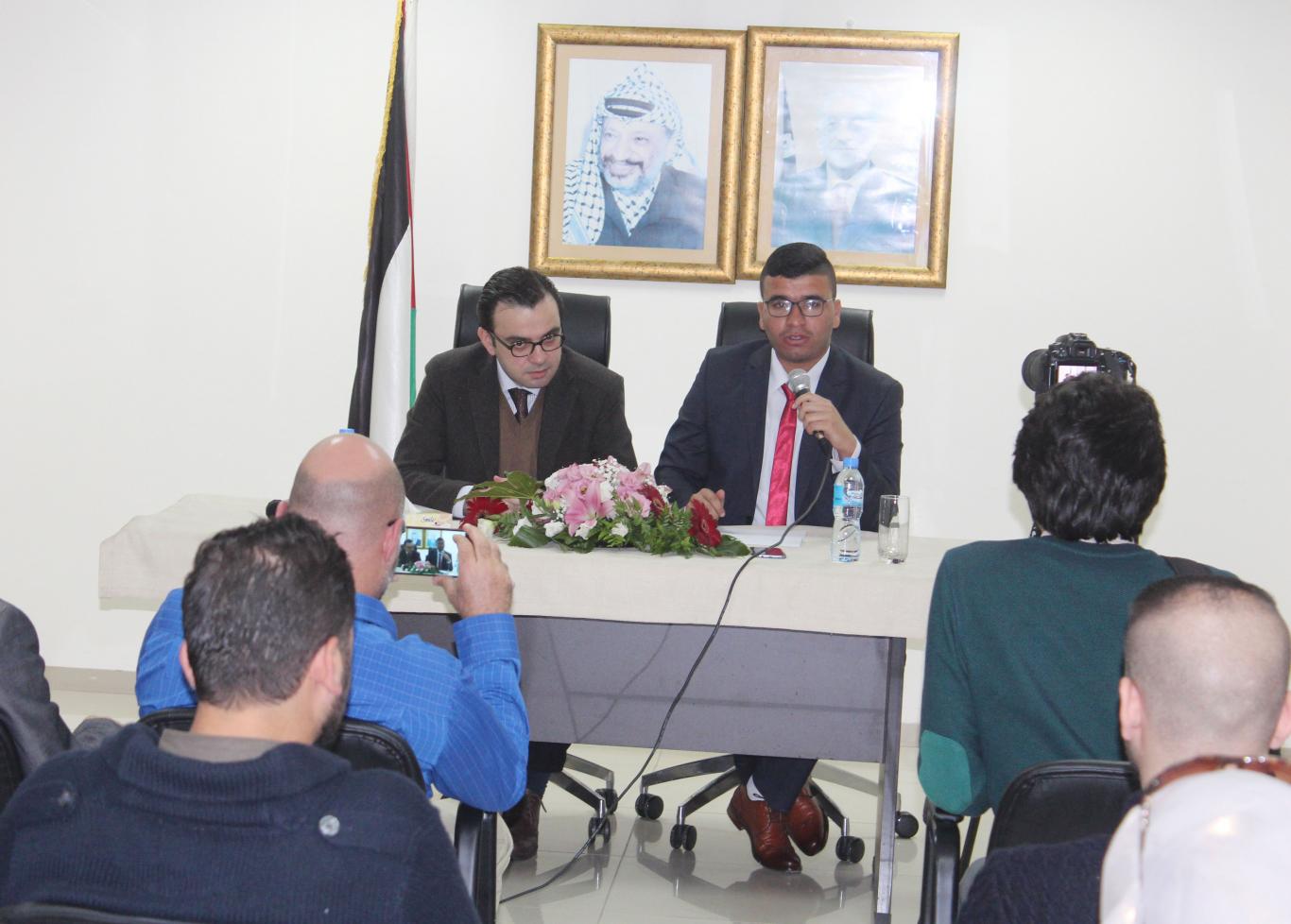 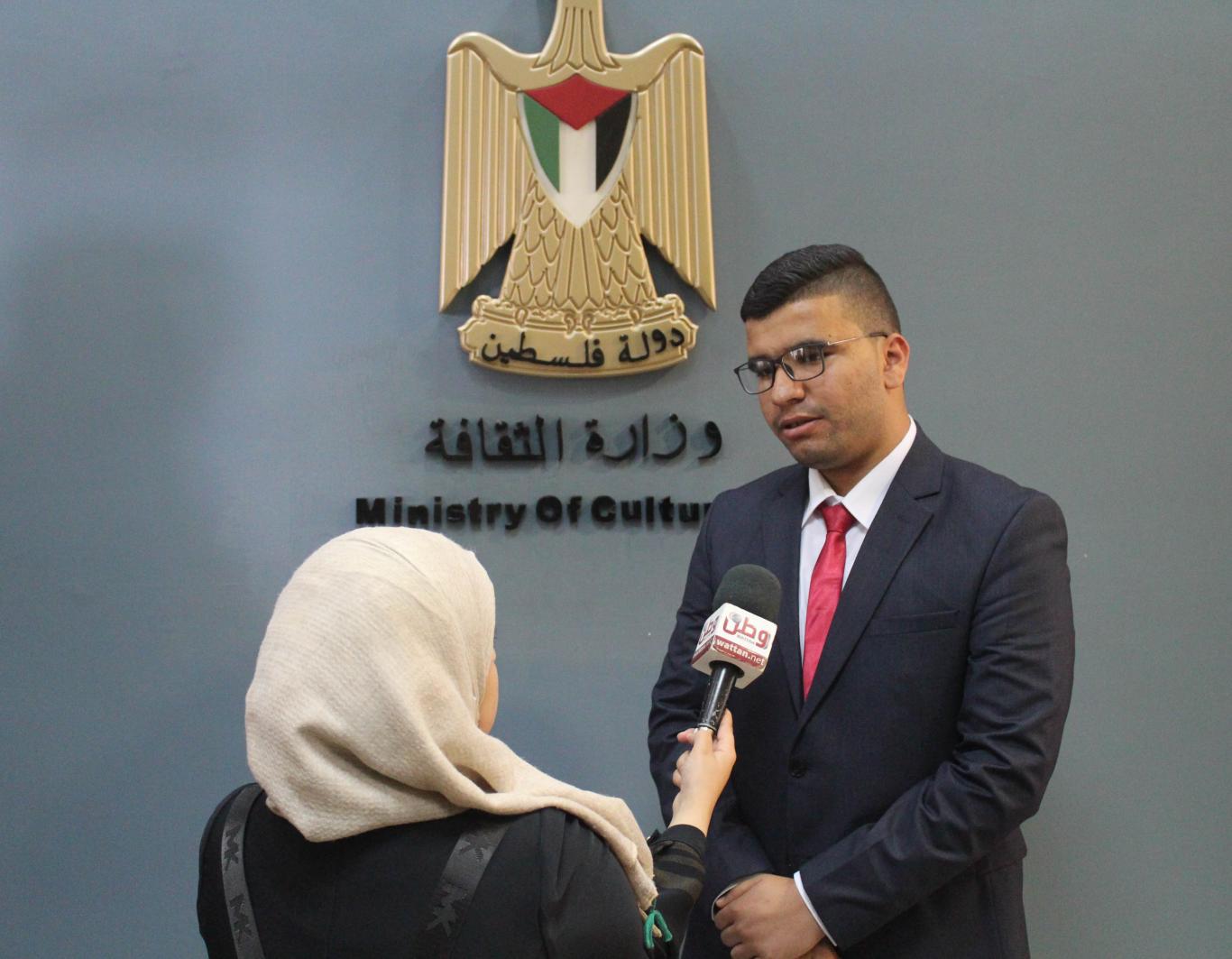 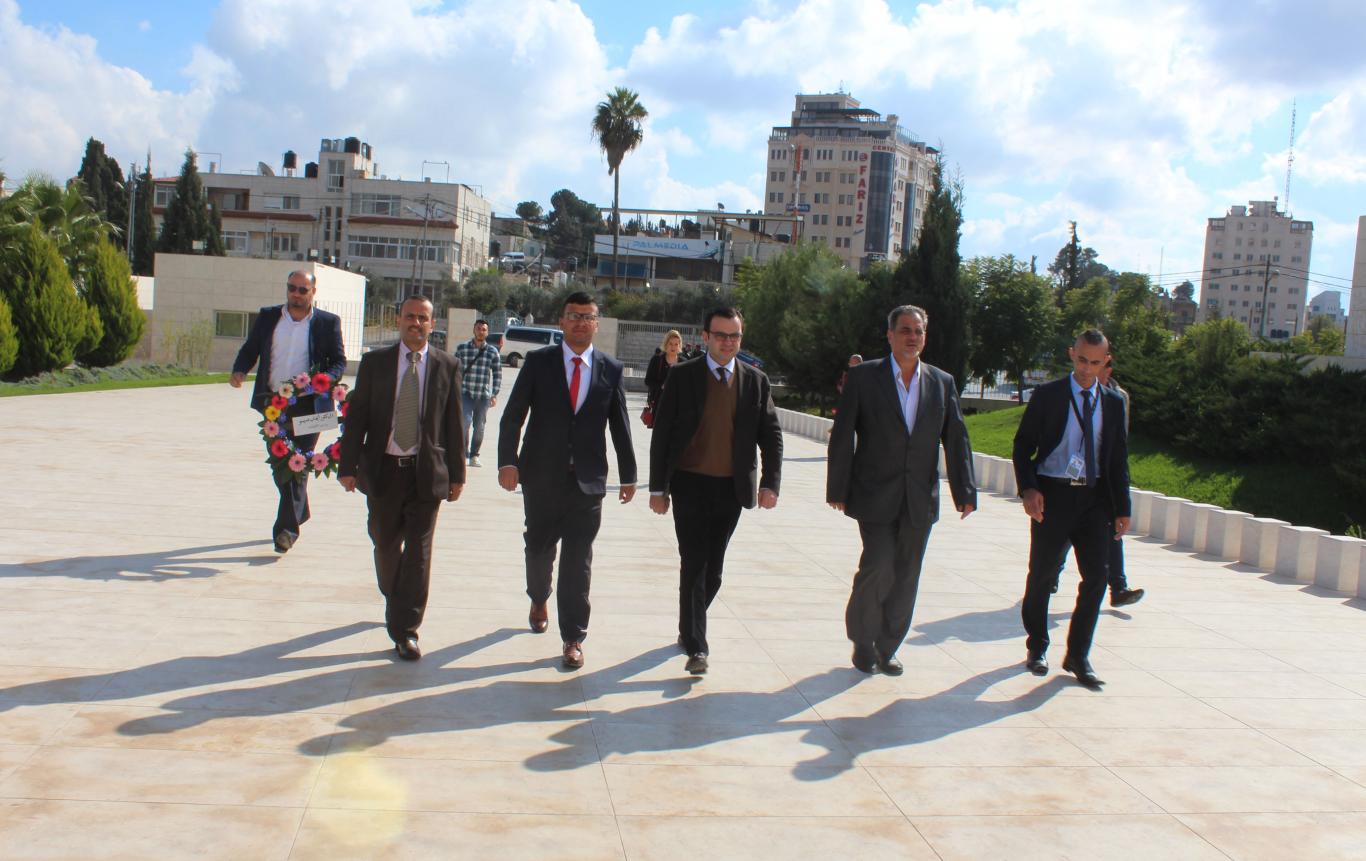 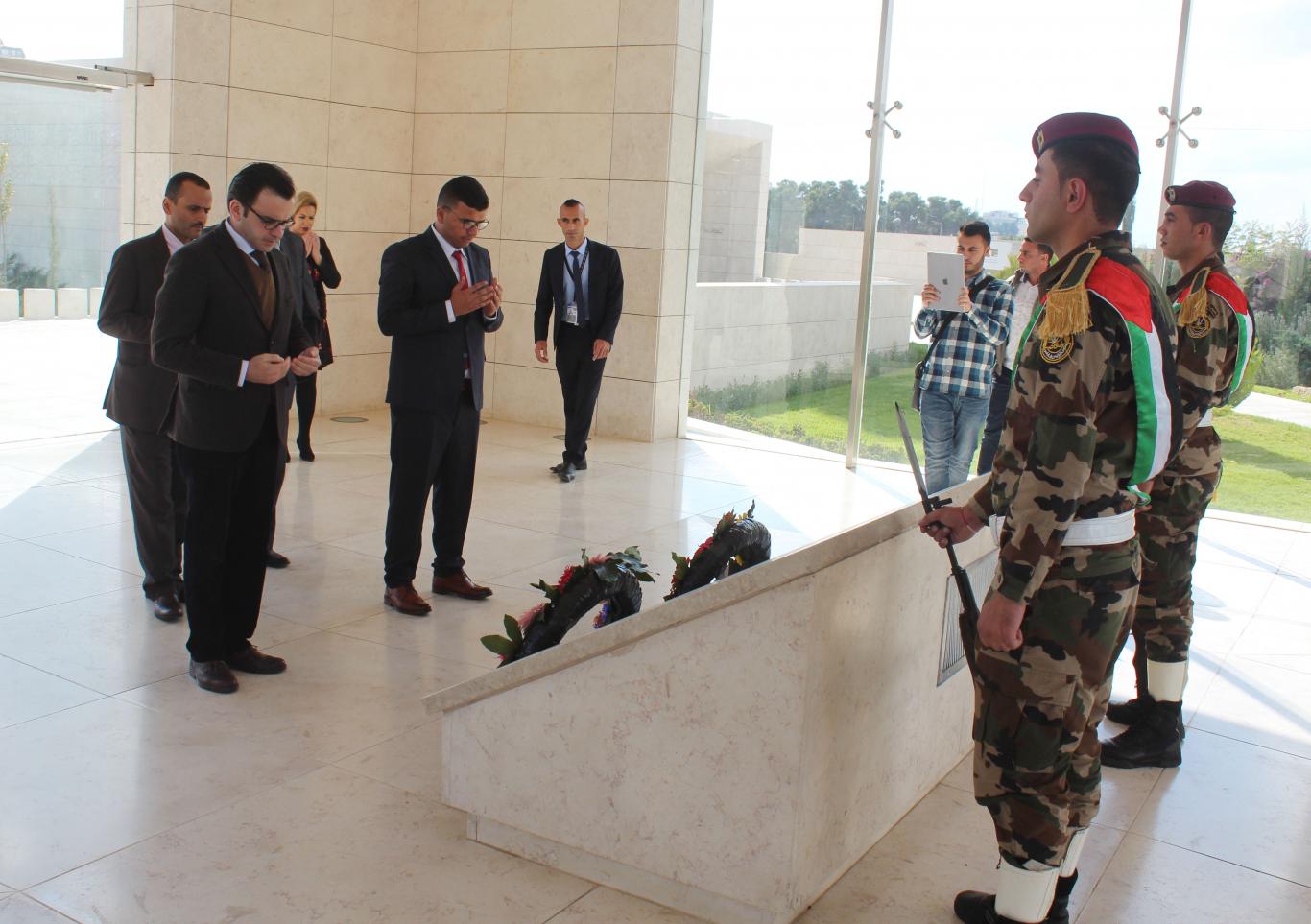