Board of Trustees at the University Discusses Developing Quality Academic Programs

The Board of Trustees at Arab American University discussed the development of programs & specializations in bachelor's and master's degrees that meet the needs of the local and regional market, as well as academic and administrative development, attracting scientific expertise, Building and developing international partnerships. 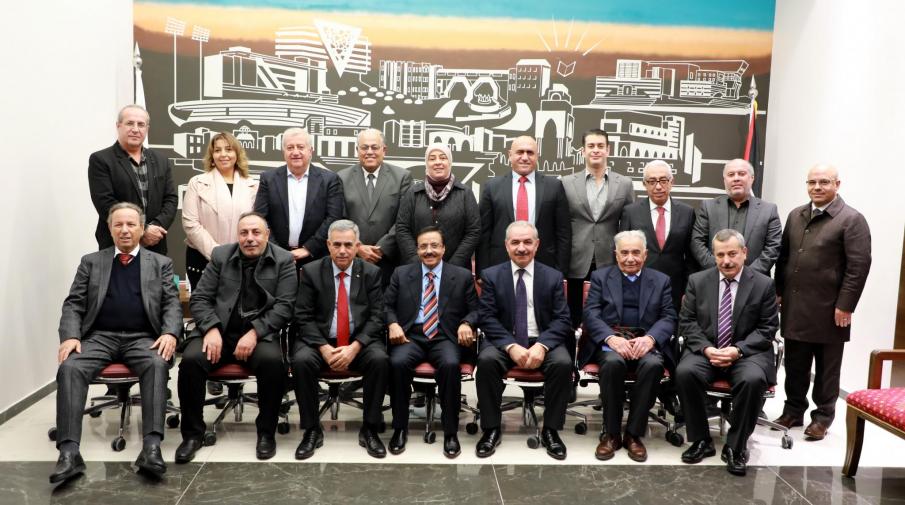 Board of Trustees at Arab American University

Dr. Ashtia opened the meeting with a speech in which he thanked the Boards of Trustees and top management and the Presidency of the University for their efforts which contributed to the development of the University that has achieved many outstanding achievements in the academic, research and infrastructure levels.

He said: "The Board of Trustees of the University is very happy with the outstanding academic level achievements by the university, and proud of the academic achievements achieved through the development of many programs and international scientific partnerships."

Following the approval of the minutes of the previous meeting, the Board listened to the report submitted by the President of the University, Prof. Ali Zidan Abu Zuhri on the academic development of the university in terms of numbers of students, graduates, the traffic on the programs, number of staff, the new approved programs, as the latest of which is the PhD program in business in Palestine in partnership with the University of Indiana, In addition to the specializations and programs that have been submitted for accreditation at the National Authority for Accreditation & Quality Assurance, and the need to open some new specialties in line with the local, Arab and international labor market. The report also mentioned  the joint programs of cooperation in a master's degree with international universities, similar to the current programs with the Universities of Indiana USA, and Coventry University in Britain, and gave an explanation on the steps to promote scientific research outputs at the University.

The Board discussed the need to review the contents of the academic programs annually, propose amendments, evaluate them and develop them from the point of view of the operators and the labor market in general, attract rare scientific talents, and encourage academics to complete postgraduate studies in strategic programs and find ways to enhance scientific research and develop new specialties that meet the needs of the local and regional market, and to focus on technology mainly, developing international relations with world universities.

Dr. Yousif Asfour the Chairman of the Board, said: "On behalf of the Board of Directors and members of the Board, I would like to thank the Board of Trustees of the University for representing the academic eye of the University as a global university. The mission of the university is a scientific and national message and a message that challenges us as Palestinians who are able to build a homeland that we cherish and respect for the people of Palestine and that gains the respect of the world".

The Vice President of Administrative and Financial Affairs, Mr. Faleh Abu Arrah presented a detailed explanation of the development projects at the university, which came in response to the academic and projects development under accreditation by the Board of Directors, which will constitute a modern addition to the quality of the academic process distinguished by the university.

The Board of Trustees commended the efforts of the President of the University and his deputies, his assistants and all the employees. He thanked the Board of Directors for providing all the necessary requirements for the University and for the scholarships it provides to outstanding and needy students . 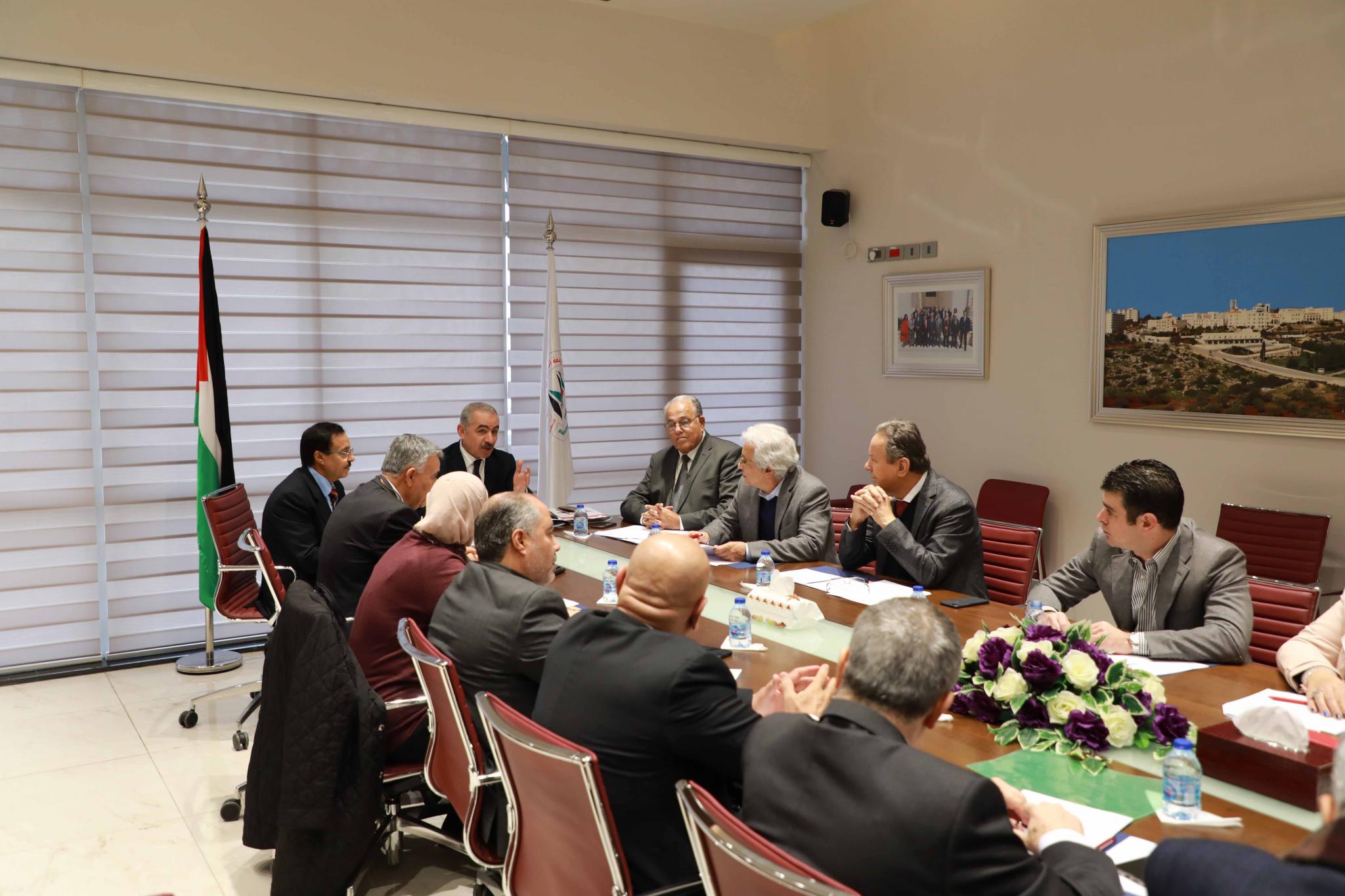 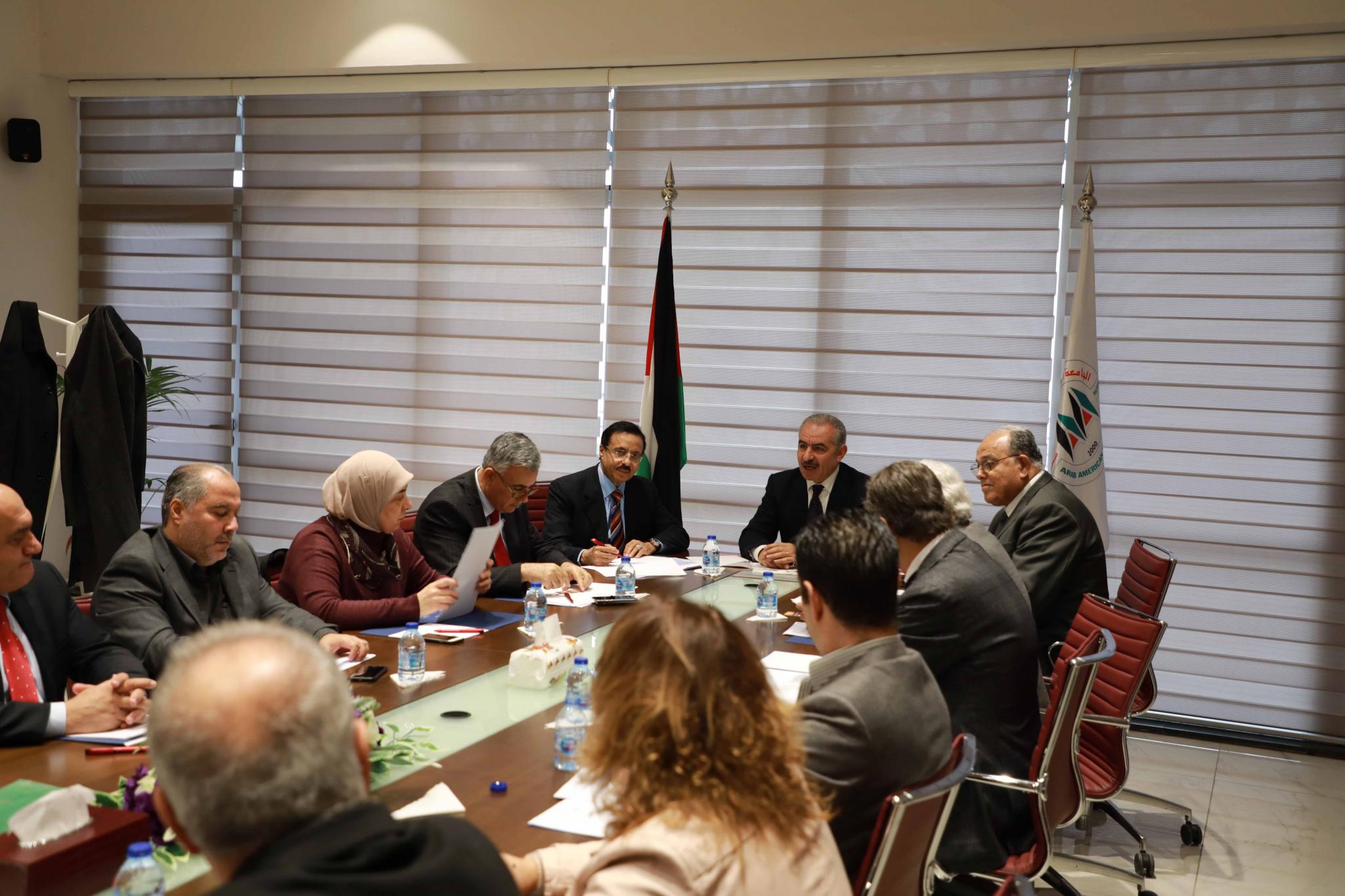 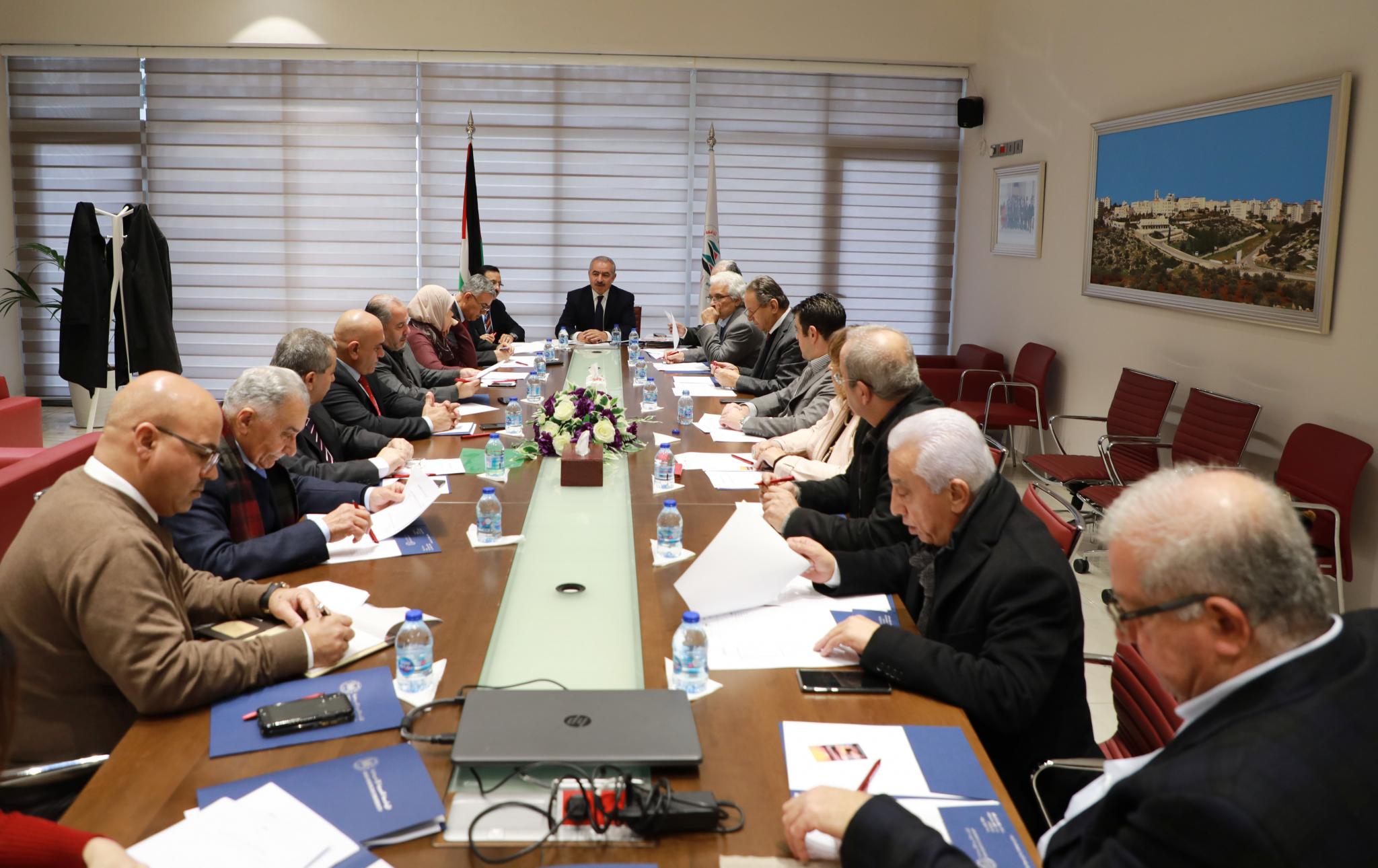 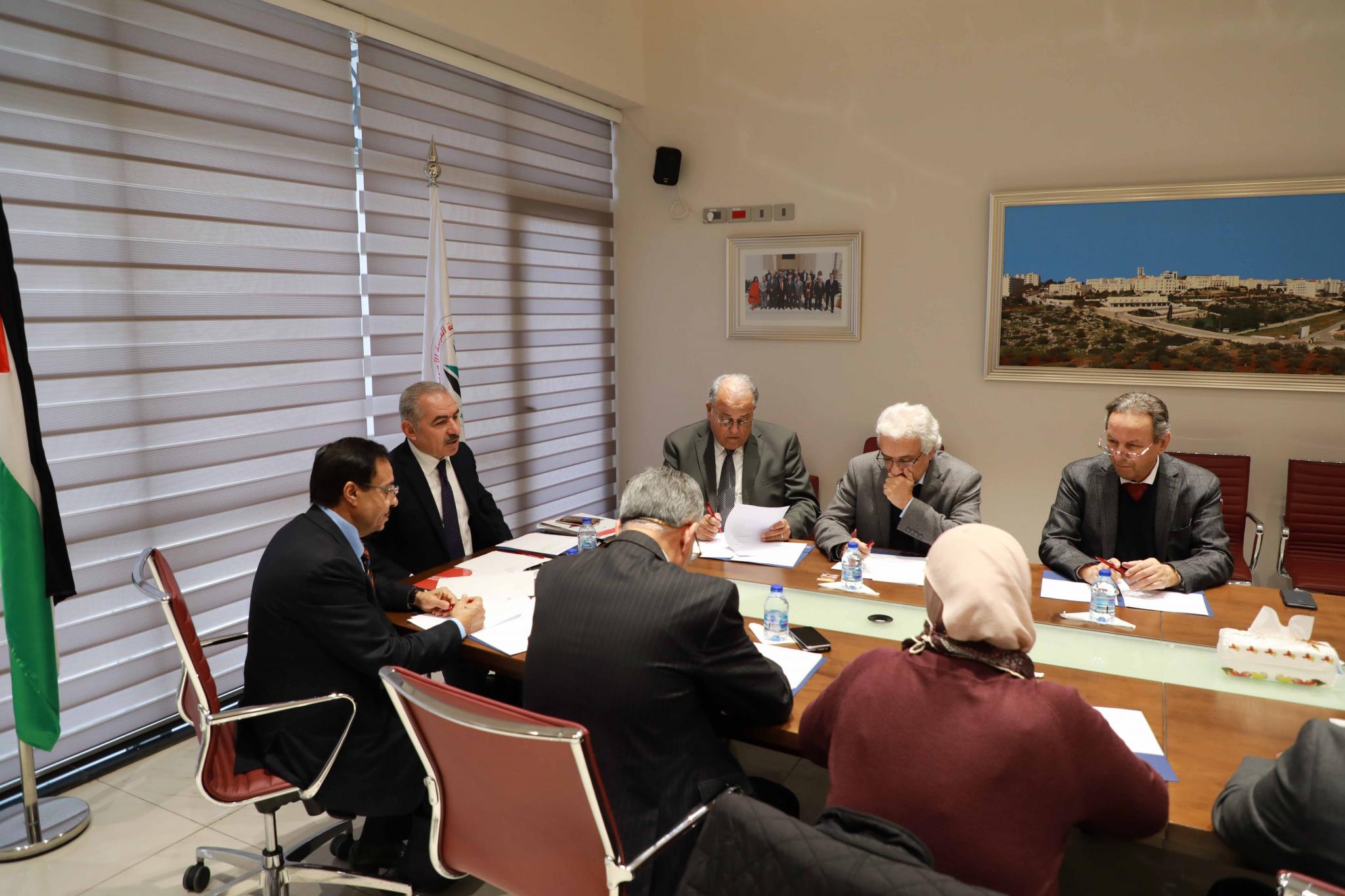 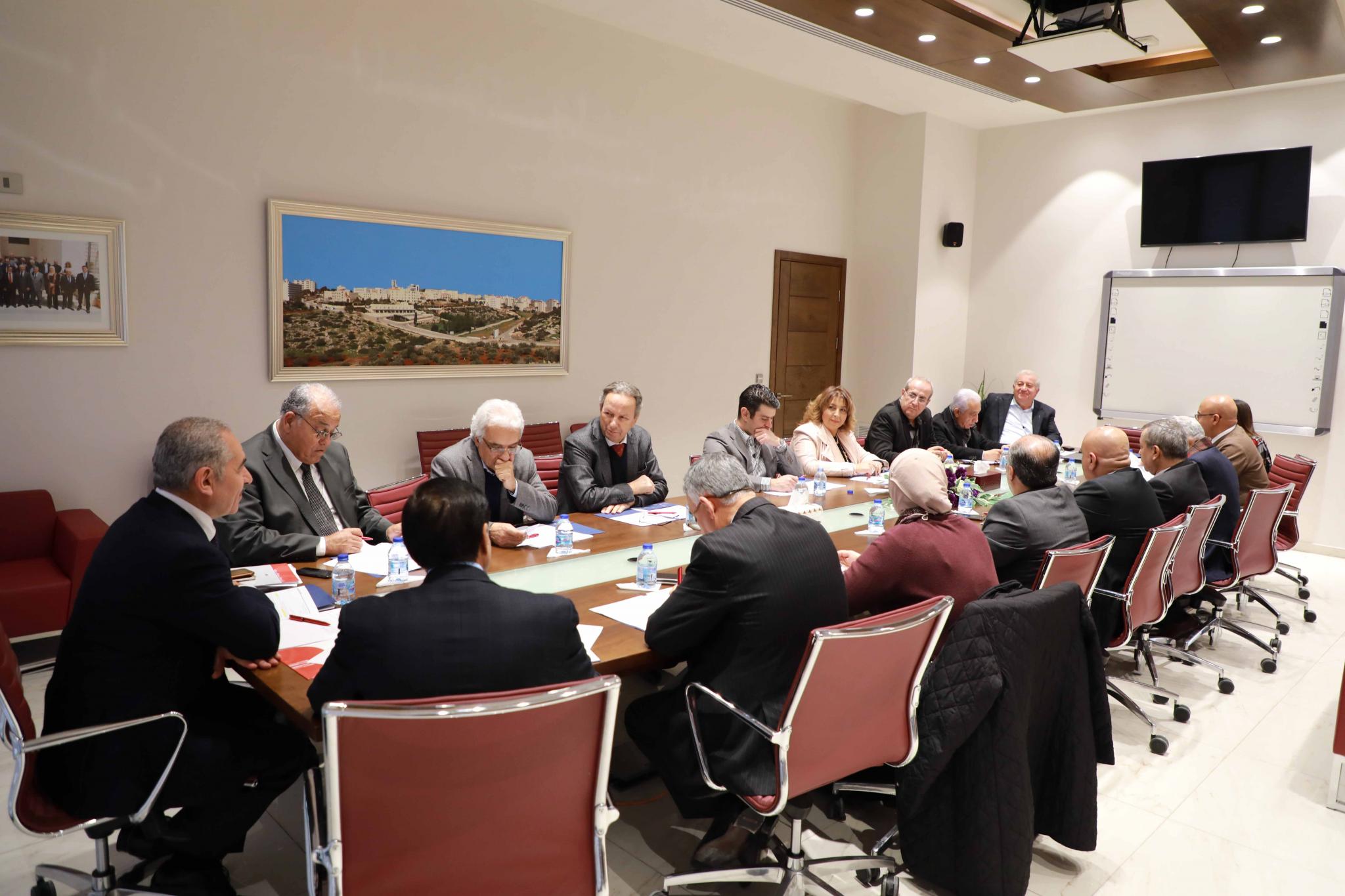 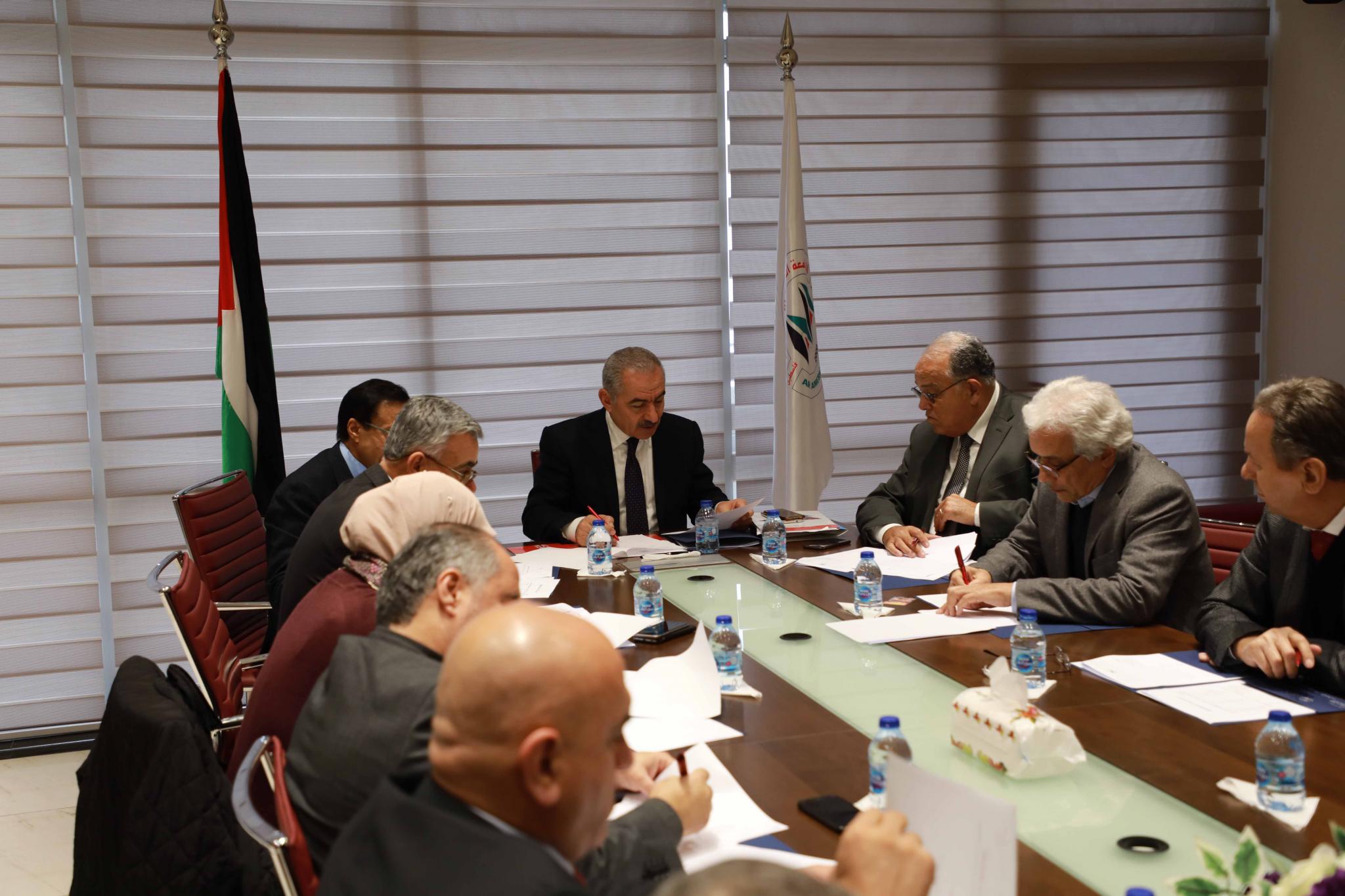