Dr. Yousef Asfour- the Founding Chairman of the Board of Directors of Arab American University participated in the draft lottery for “Al Quds and Al Karameh” Championship in Ramallah. This championship that will be in March will be under the auspices of His Excellency President Mahmoud Abbas "Abu Mazen" and His Majesty King Abdullah II “Abu Hussien” of the Hashemite Kingdom of Jordan 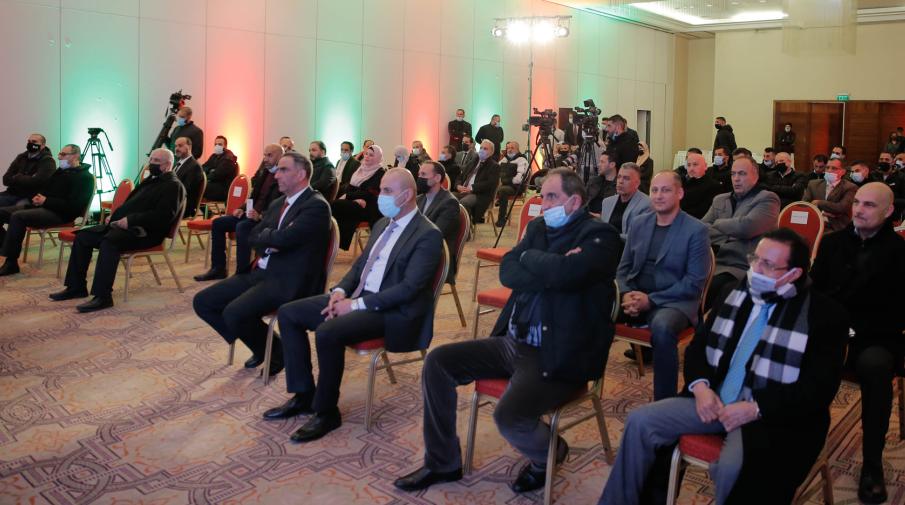 The championship is organized by the Palestinian and Jordanian Football Associations on the 19 of March with the participation of Al-Wehdat SC, Al-Ramtha SC and Al-Faisaly FC from Jordan and Rafah Club, Hebron Club and Jabel Mukaber Club from Palestine.

The championship will be hosted in the Arab American University International Stadium, in addition to Faisal Al Hussaini Stadium and Dora Stadium. The games will be moderated by Palestinian and Jordanian arbitration teams.

The participated teams were divided into two groups, each group has three clubs and the winner in each group will be nominated for the final game.

Mr. Jibril Rjoub- the Head of the Palestinian Football Association said that: “Al Quds and Al Karameh Championship is an extraordinary one with so many significant meanings of unity and brotherhood between Palestine and Jordan. It represents the joint hope and pain between both countries”, and he wished that this championship will be of a high level of competing.

Al Khuslat transferred the greetings of the Jordanian Association, especially Prince Ali Bin Hussien to the Palestinian people and the Palestinian sport’s family and wished that this championship will strengthen the love and brotherhood relations between both countries. 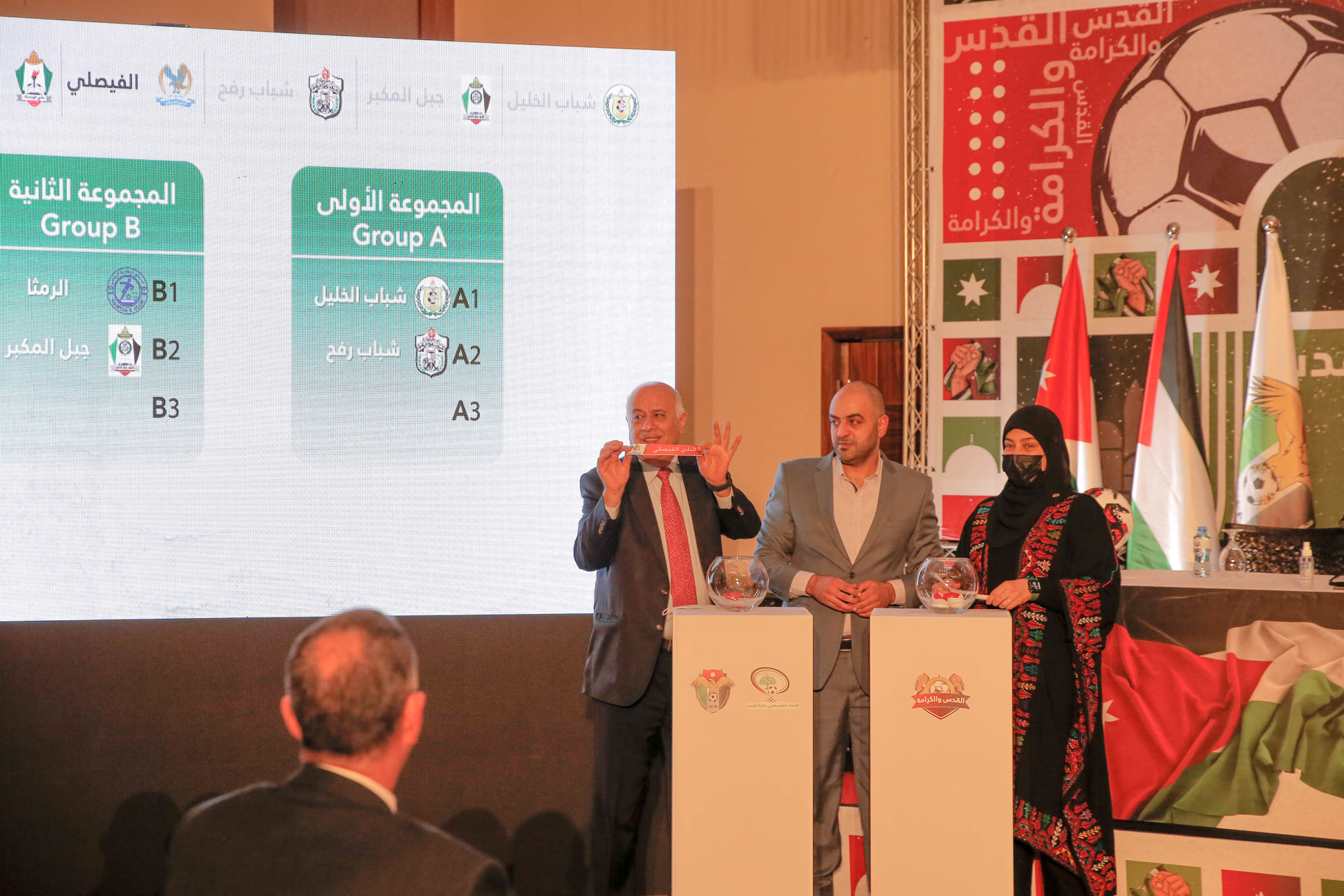 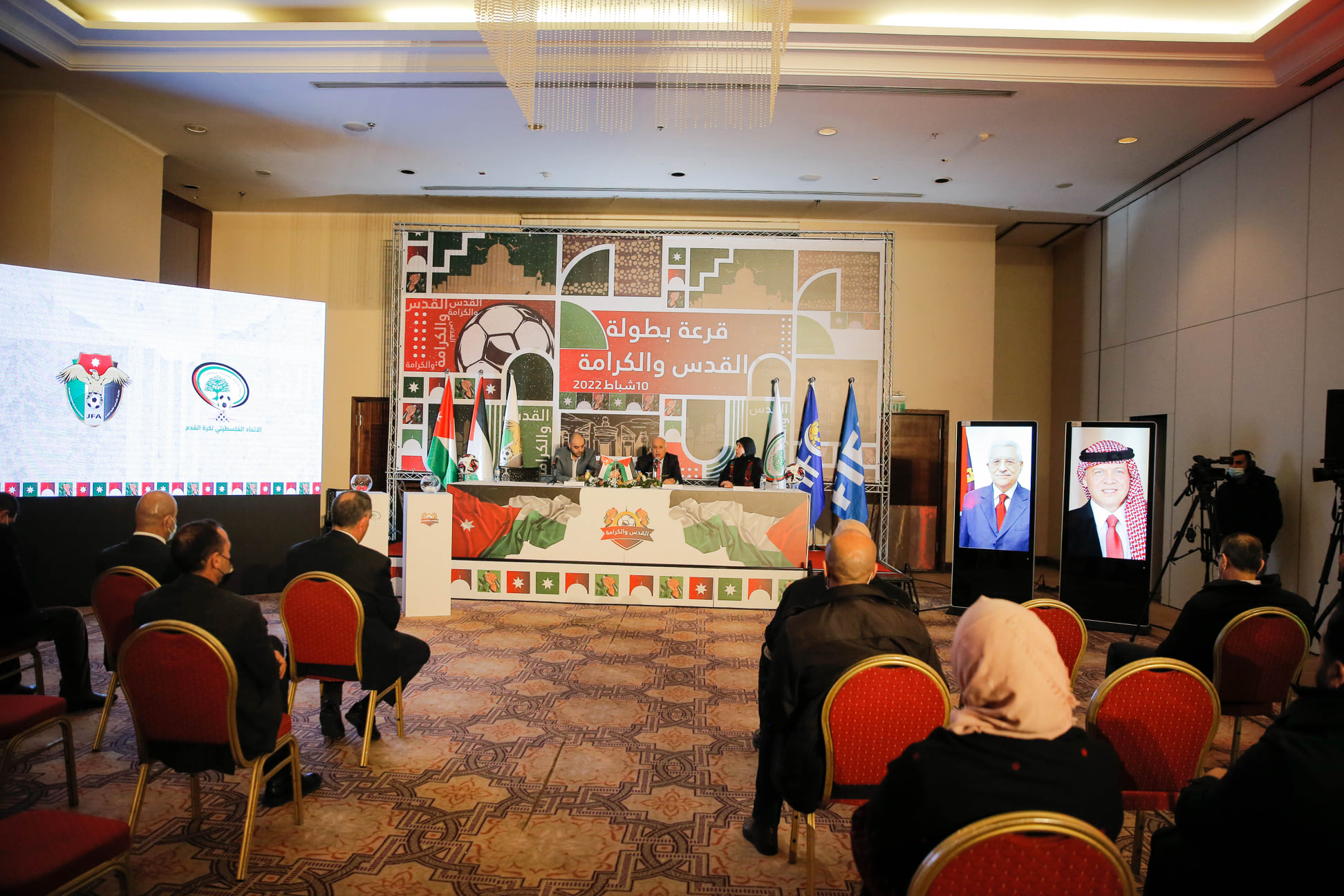 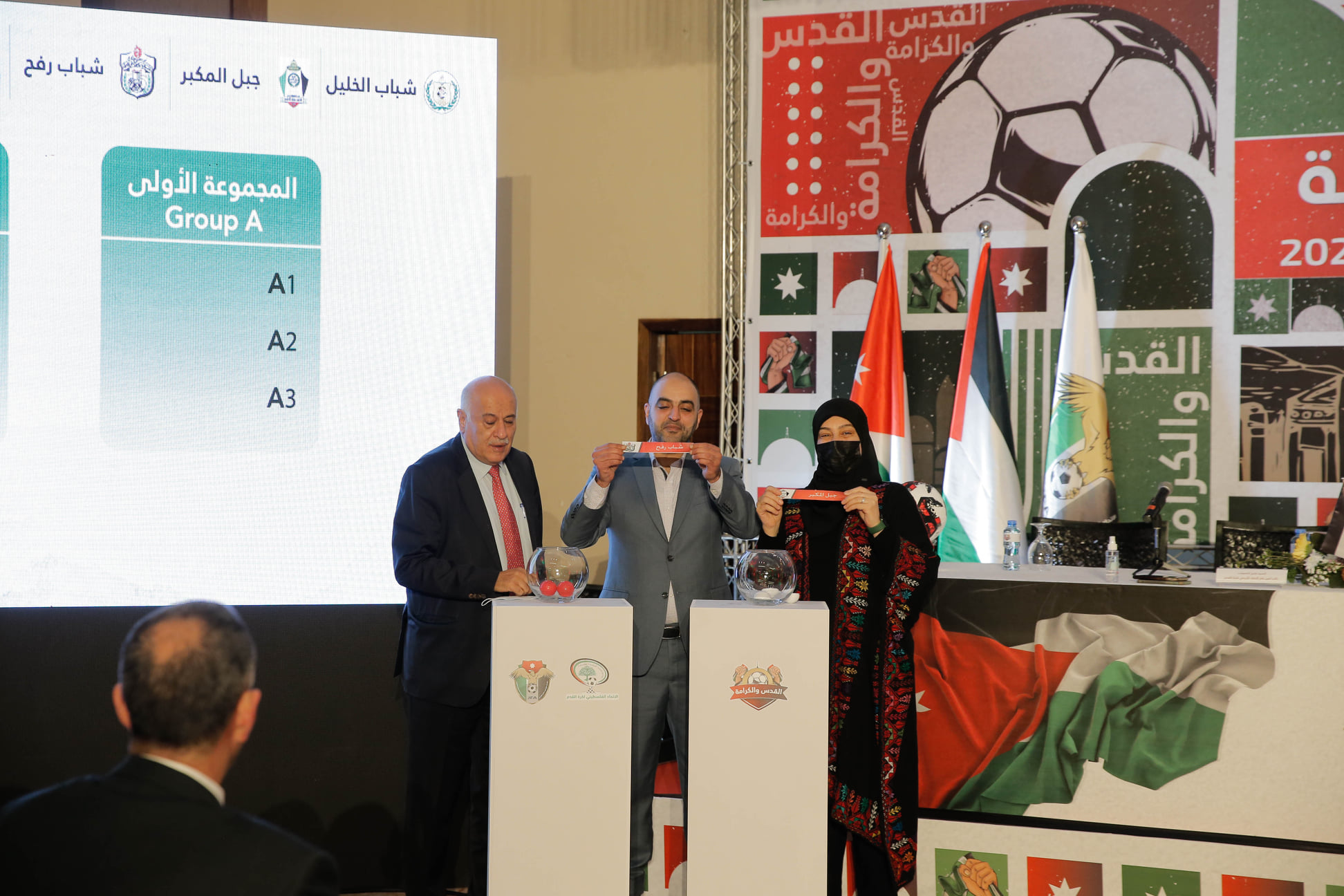 Chairman of the Board of Directors
Championship
Palestine Association
Football