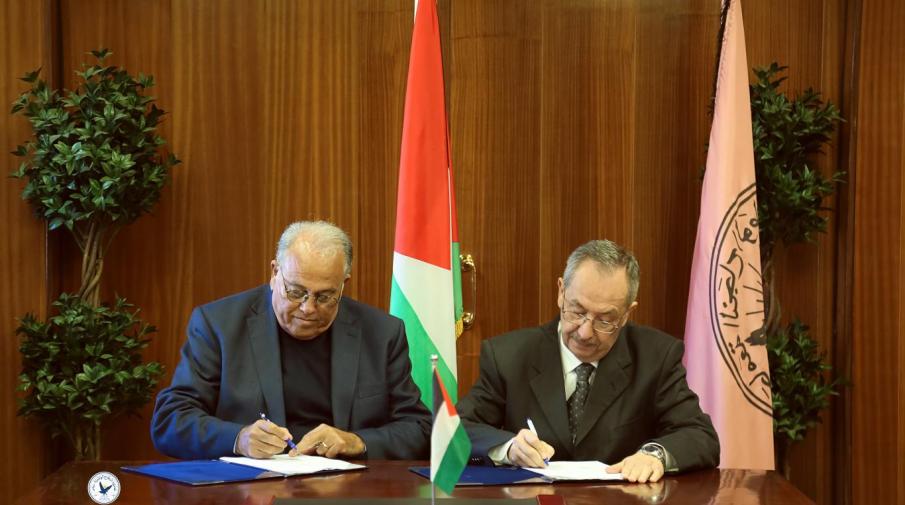 The agreement was signed at An-Najah National University on Monday, 8/1/2018

The agreement signing today is one of the most important conditions to get accreditation from the Accreditation and Quality Assurance Committee in the Ministry of Higher Education.

Prof. Natsheh said this joint program between the two universities demonstrates the depth of the relationship of An-Najah National University and the Arab American University. Adding, the two universities are waiting for the Accreditation and Quality Assurance Committee response to their request after fulfilling the program’s conditions.

Dr. Ali Abu Zuhri pointed, this program is the only one in all the country’s universities and the thought of offering it from the two universities was due to the labor market needs and requirements because of the great demand for it in different companies and institutions, along with specializing in public relations at Palestinian Universities.

In the today’s signed agreement terms, the two universities will announce admission start to students wishing to join. An-Najah National University students will be on university campus in Nablus while the Arab American University students will be at Ramallah campus. Faculty members of each of the two universities teach in the program each according to their specialization, students wishing to join the program may attend courses in either of the two as long they obey all courses requirements at that campus.

Regarding issuing the certificate, after completing requirements to obtain a master degree, one certificate will be issued for the student with the two universities names and logos.

A joint committee will be set up of the two universities to prepare the instructions for obtaining a master degree in this program, follow-up its implementation and solve any problems that may face its implementation. They’ll also determine the mechanism of delivery and retention of documents, admission requirements for enrolled students, registration system, and instructions for granting the master degree between the two universities.

It is expected to begin teaching in this program by the second semester beginning, and it will be announced later. 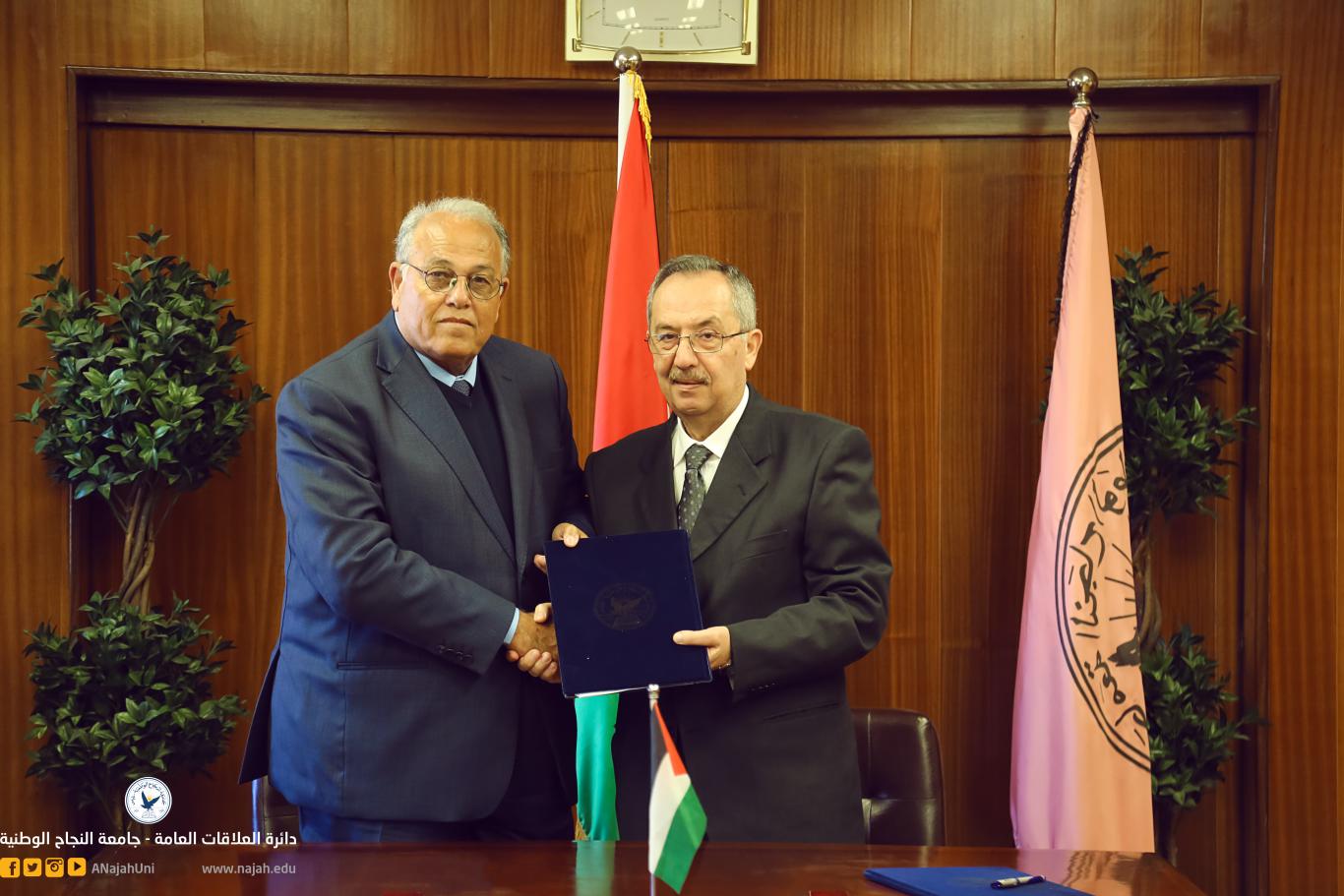