The Faculty of Engineering and Information Technology in AAUP organized discussion sessions for the distinguish projects of its students.

The first graduation project to be discussed was about using image processing technology to limit children suffocation cases in closed cars. The idea of this project is to use the smart technology of image processing via a camera located inside the car to enable finding a kid inside the car through face identity. The system is also provided with sensors that can measure the inside temperature and the level of CO2 after closing the car and the doors. The smart system indentify the kid’s face in the car, then it sends a message that includes the temperature and CO2 level inside the car to the father, if he does not respond in a short period of time, a message to the mother will be sent, if the car’s door did not open yet, a message to the police and the civil defense will be sent with the location of the car via GPS and Google Maps. This project was prepared by students Noor Khazemyeh, Rawa’a Daraghmeh and Abdallah Qadah under the supervision of Prof. Mohammad Awad. 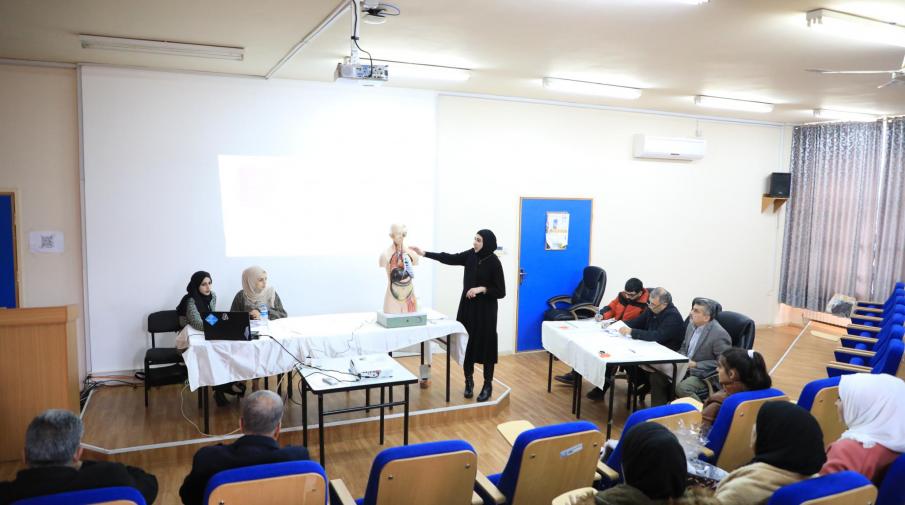 The second project was about a smart phone application works to improve the waste recycling (Green). The annual waste production in Palestine is almost 1.6 tons and 99% of this waste is being buried in dumps and the remaining 1% is recycled. Depending on this information, “Green” application is used to solve the waste problem in Palestine in a smart and sustainable way. The idea of this application is to be a mediator between waste producers and the institutions that work on waste recycling (like factories), as the waste will be collected from (commercial institutions, houses, educational institutions.. etc.) and will be delivered and sold in a logistic, safe, easy and profitable way to factories to contribute in solving the waste problem in Palestine.

The project uses mainly the smart application using the TSP algorithm, the smart collecting technology and the genetic algorithms through Google maps as it determines the shortest route to pass by all the producers in the least costs. The application can also be used for commercial uses and goods exchange. This project is by students: Salha Sa’aydeh, Sajida Danouf and Tala Khazemyeh and under the supervision of Prof. Mohammad Awad.

The third project is about a human body project that shows all the organs and reflects them using speaking technology. The project that is called "Interactive body parts for teaching blind students" will be used for blind students in AlNoor School for blinds as an educational facility, as it is the only school for blind students in Jenin. It aims to help teachers in teaching students, especially the science courses that are related to body parts and organs, especially that those students lost one of the main senses for education which is the sight. This project enables students to learn by hearing and touching, and they will listen to the explaining of the importance of each body part. The project contains of 19 organs and when one touches an organ, a voice comes out with information about the touched organ. This project is by students: Rasha AbdelRaziq, Reham Shehadeh and Ruba Masri, and was supervised by Dr. Sami Awad.

The last project is about sign language translator as it uses a leap motion sensor and can translate sign language immediately. This project aims to merge deaf students with the community around them, and can help others to learn the sign language by using interactive games for learning sign language. The translation depends on a leap motion sensor that can translate motion to written words on a computer screen without using any wires or special gloves. It is easy to use and the producing company has developed some programs to adjust its uses by inserting the data and exchanging it into algorithm that can be used to determine the meaning accurately and immediately. Many ways and experiments were done while testing the proficiency of the application.

In addition to the immediate translation and the interactive games, the computer application was designed to develop itself by adding new vocabulary to its database directly from the user in an easy way. It also can work on any international sign language. This project was done by students: Noor Kmail and Ruba Kmail and supervised by Dr. Tariq AlZa’noun. 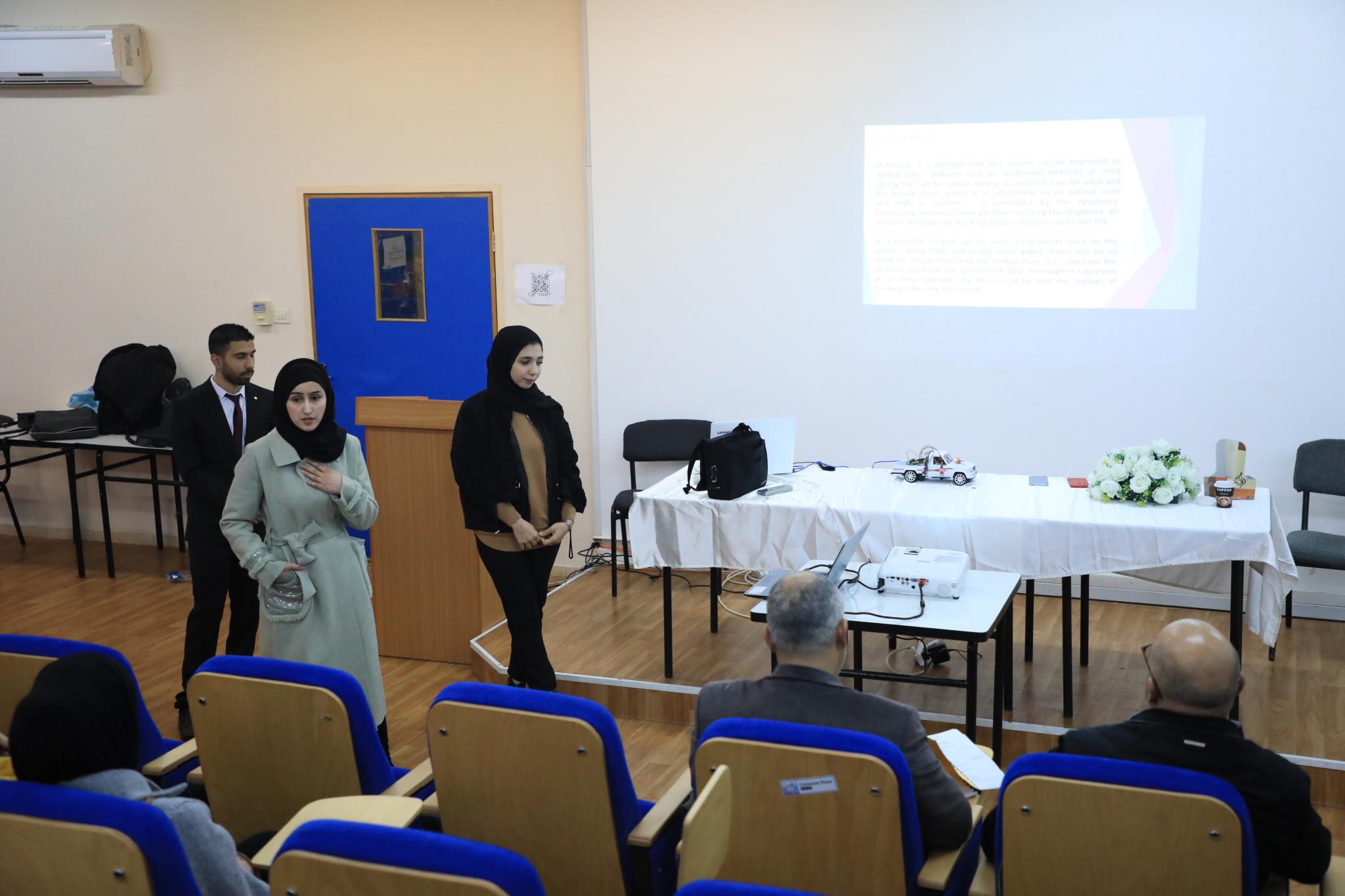 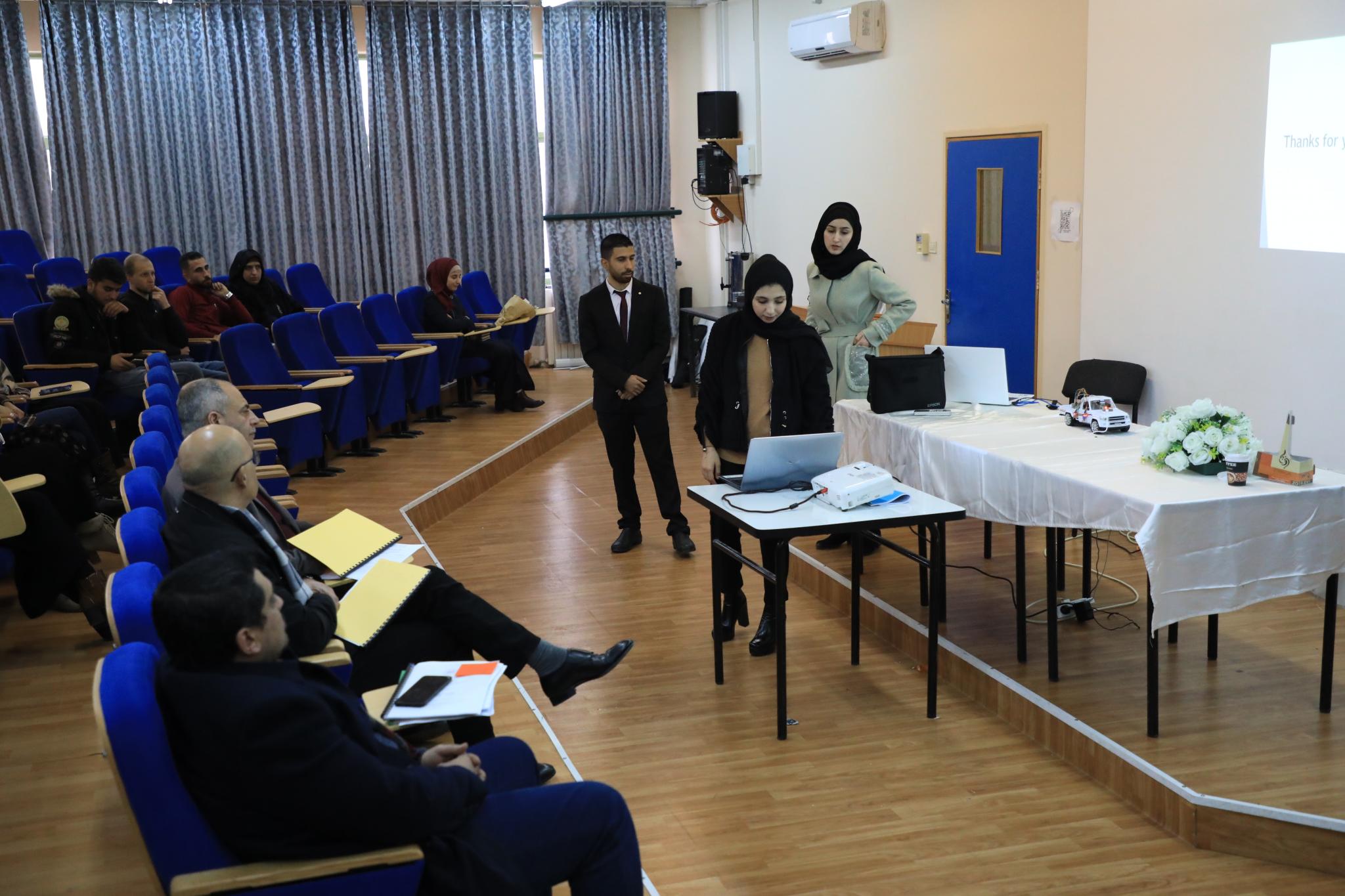 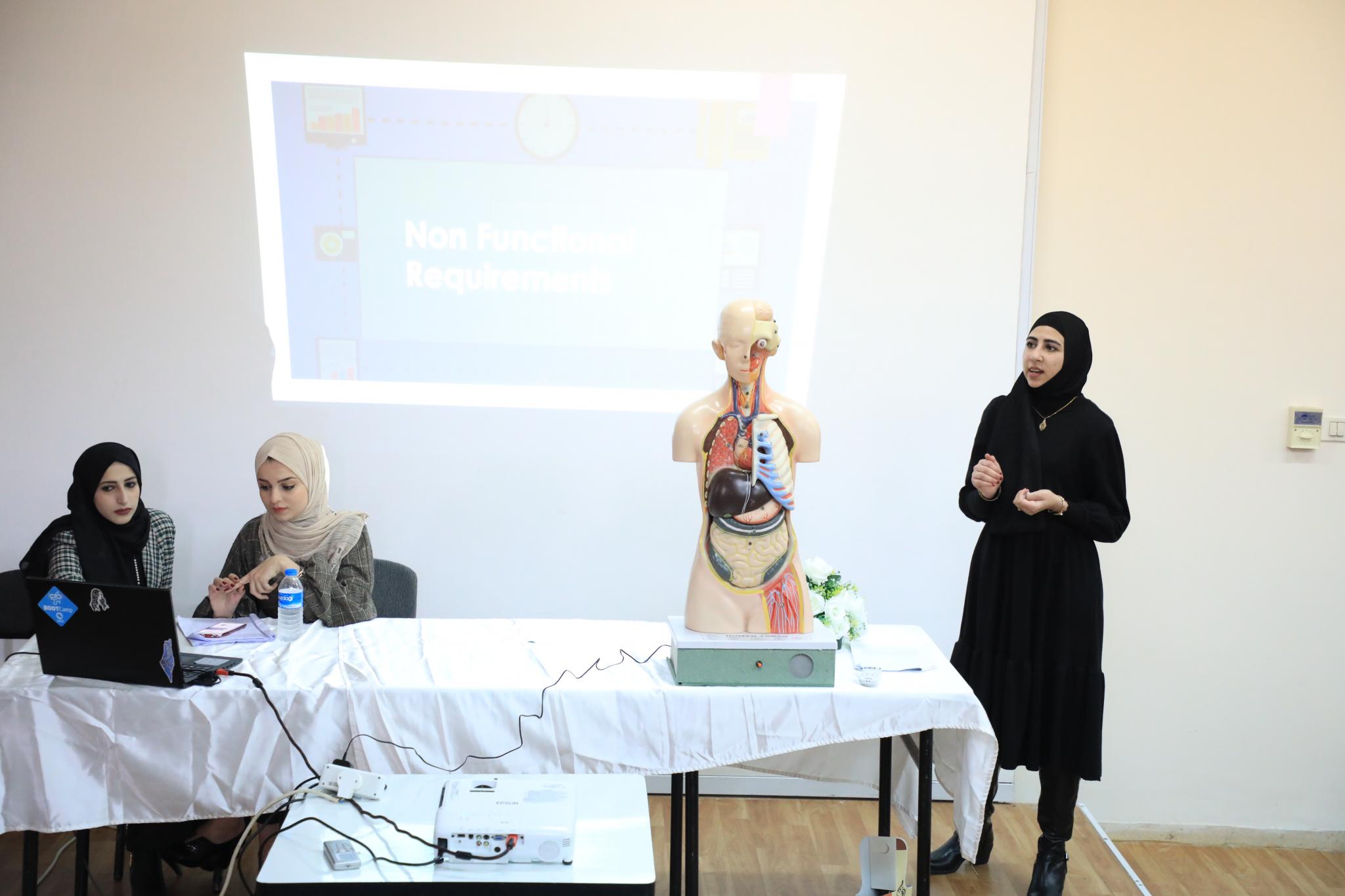 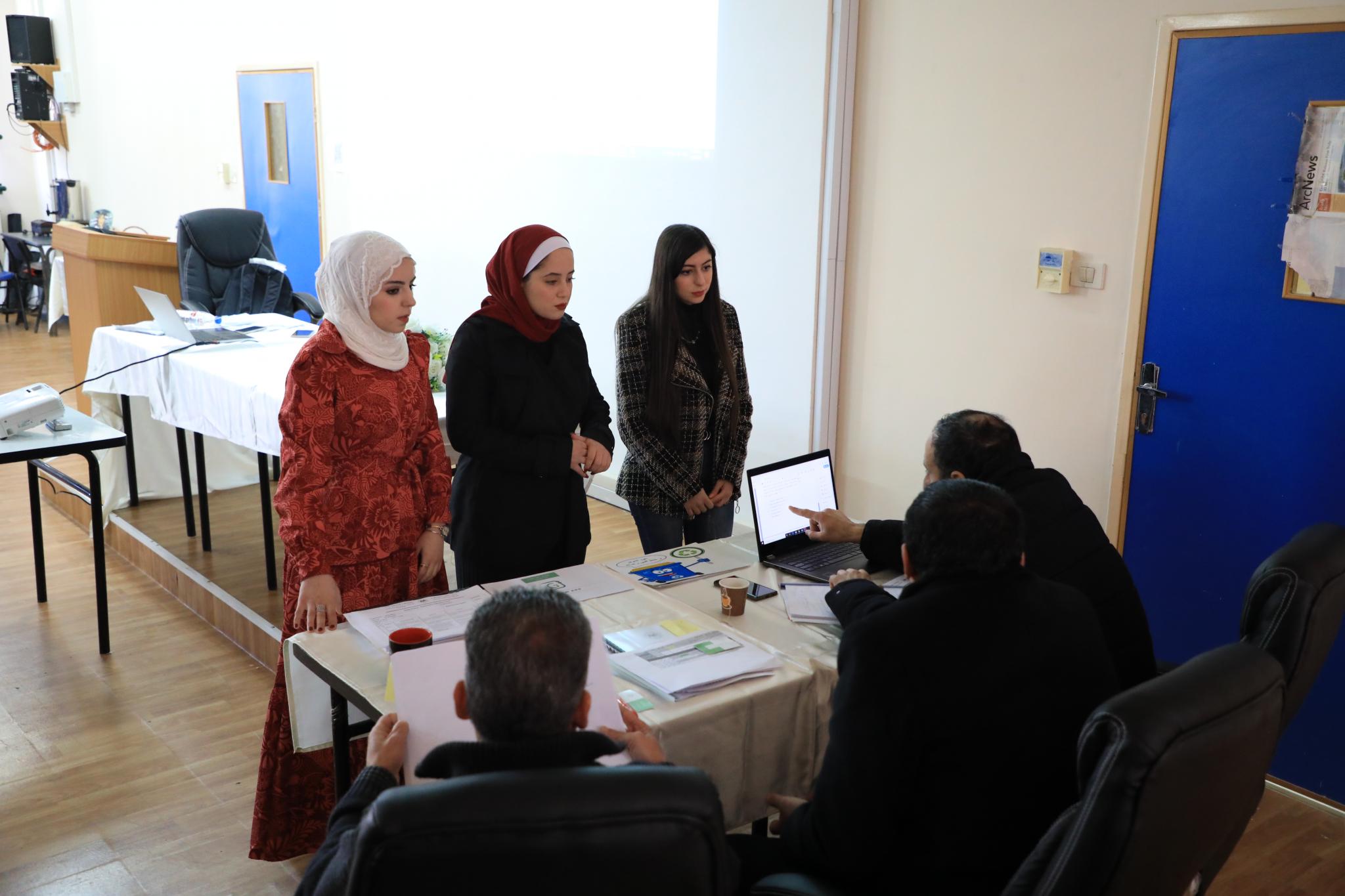 Abu Zuhri: AAUP Aims to Provide Training Opportunities to Its Students to Enhance Their Personalities and Skills
15 Sep 2019
END_OF_DOCUMENT_TOKEN_TO_BE_REPLACED