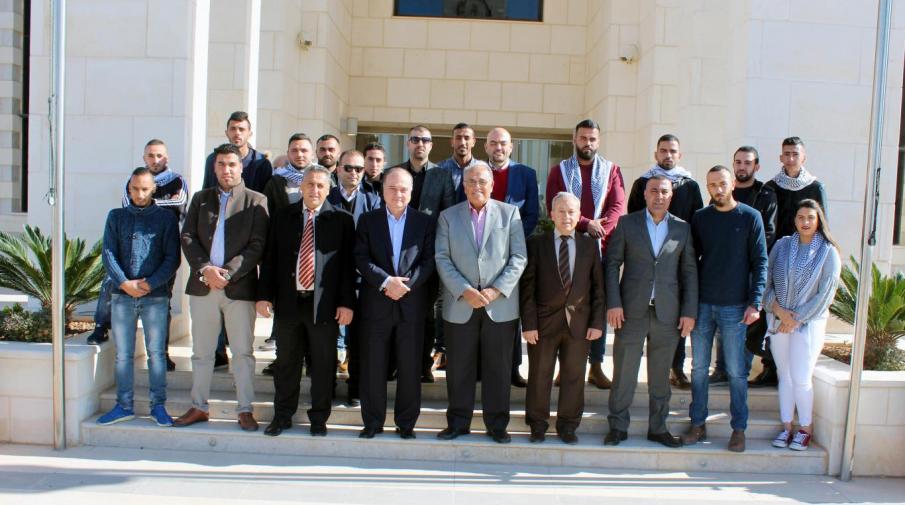 University President Prof. Dr. Abu Zuhri welcomed the guest and gave detailed explanation of the university development and both undergraduate and master degrees programs. He pointed, the university philosophy is based on three main things: academic development, scientific research, and community service. Stressing, academically it develop programs that suits local market, addressing the challenges the university faced to reach such high level, a scientific platform every Palestinian proud off.

After presenting the university documentary film, the member of Fatah movement Central Committee Dr. Nasser Al-Qudwa, expressed his great admiration of the university and its academic excellence level. Stressing, every Palestinian is proud of such huge achievement.

A meeting followed the reception, where Al-Qudwa met the university students at a political symposium and discussed the political situation, especially after the US President Donald Trump announced Jerusalem as capital of the occupying state and transferred the US embassy to it. Pointing, the Palestinian people and their leadership are giving all their power facing this decision.

He pointed, the whole world opposed Trump's decision and expressed their condemning, considering Jerusalem special case and its status is governed by the Security Council legal system. Explaining, Trump's action isn’t arbitrary most importantly it represents an extreme method none of the previous US presidents used and constituting grave violation of international conventions. His action, he said, is also a major blow to all possibilities of political solution, as well as an attack on Muslims and Christians, most of whom have opposed the decision.

Fateh Central Committee member Dr. al-Qudwa proposed a set of acts to face Trump decision, setting appropriate ground for the Palestinian national struggle most prominent to announcing the end of the American role and loss its eligibility to be mediator, stop any dialogue with the United States of America wither Palestinian or Arabic about any initiative or ideas. Stressing we need to move to international parties to adopt a position or submit a draft resolution confirming the rejection of the US action and force it to abide by international resolutions, we need to strengthen the legal status of the State of Palestine and TRAFFIC is implemented through Palestine applying to international organizations within the United Nations system.

He stressed on importance mass popular movement and fighting all forms of colonialism settlements; products, factories, individuals and personalities, defending Al-Aqsa with all our strength, without militarization because it’s inconsistent with public participation. Also not to give Israelis any argument in dealing brutally with the masses. Pointing, it’s essential to solve division and arrange internal Palestinian situation, noting this is important in facing the US decision and Israeli practices.

The meeting was followed by a protest in front of the Faculty of Law, organized by the Student Union Council and Al-Shabiba Student movement, speeches were delivered on the Jerusalem’s Arab identity as the capital of the independent Palestinian state. 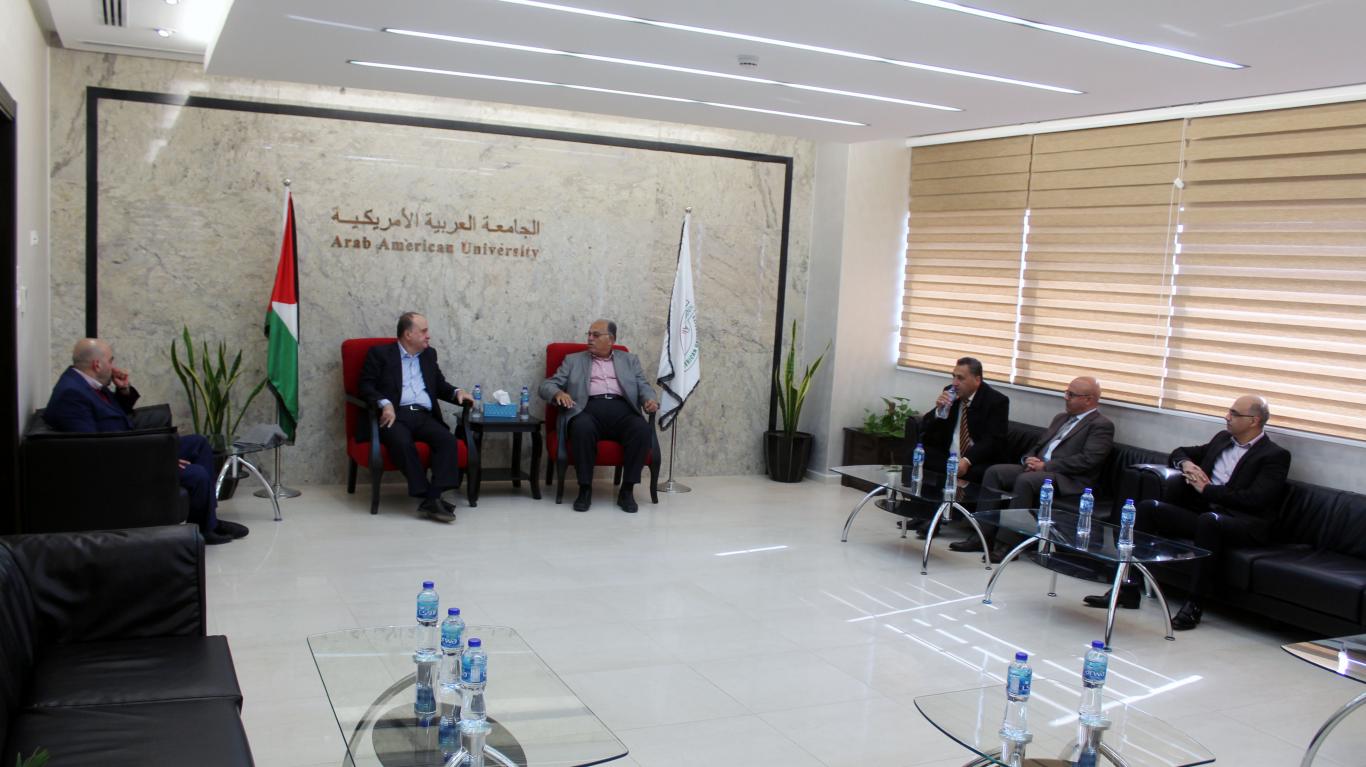 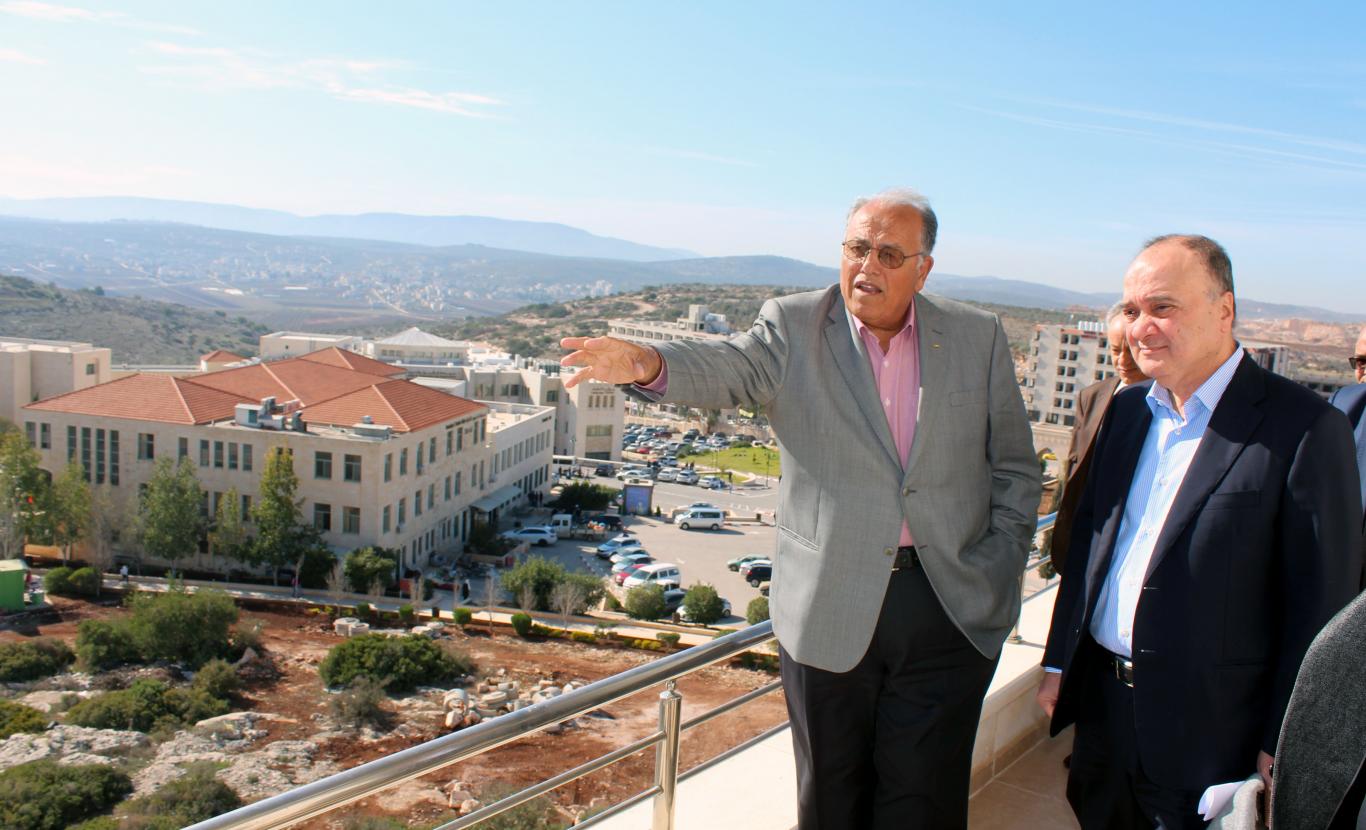 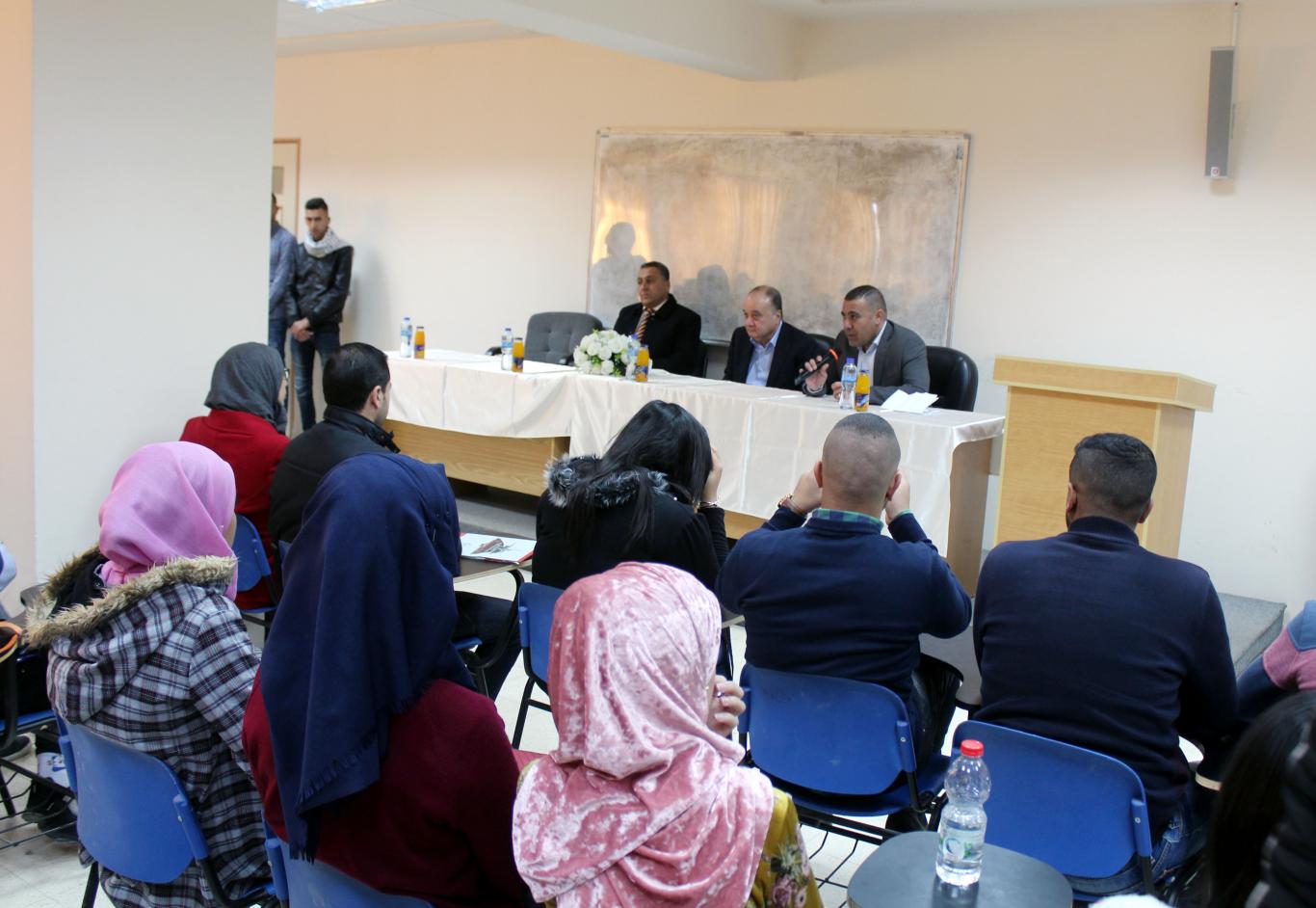 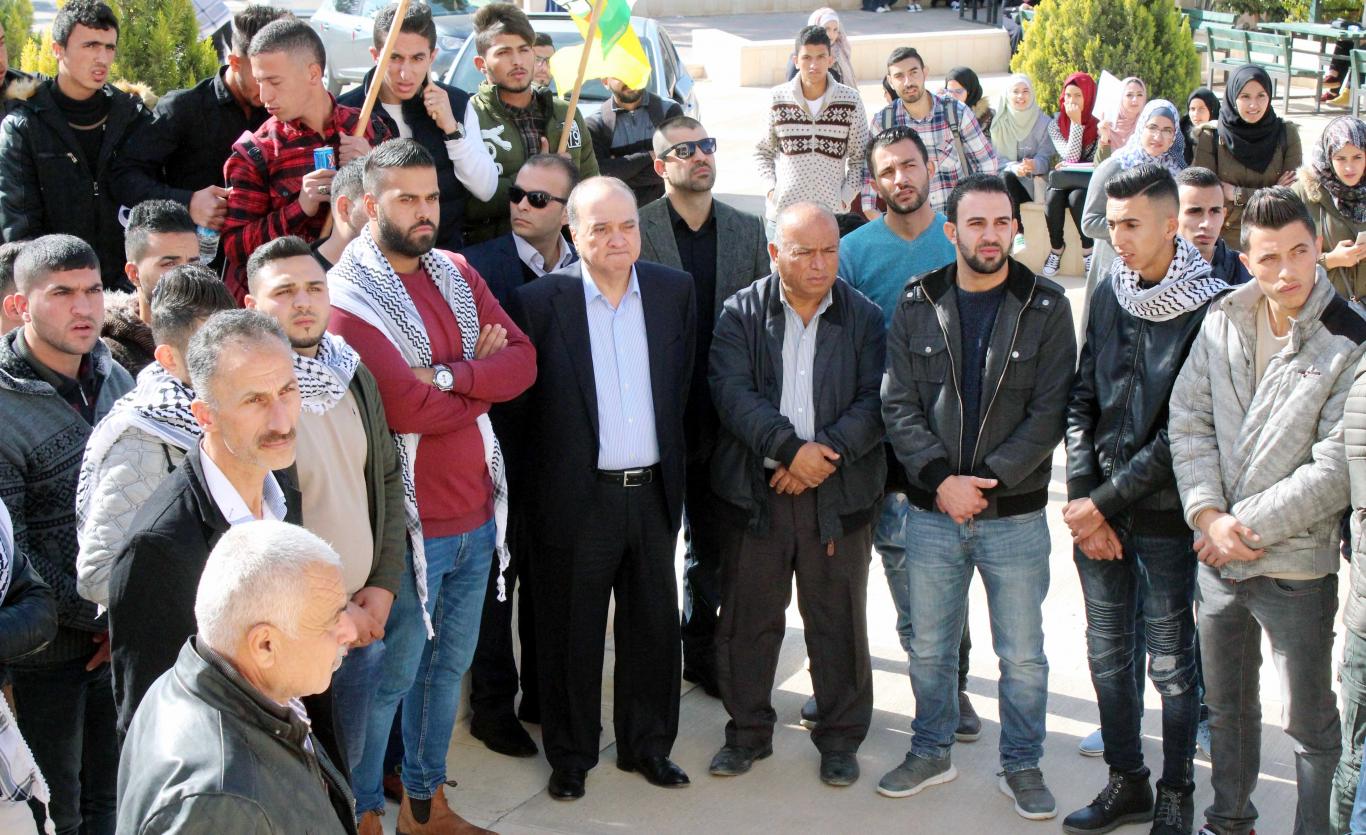