The General Assembly of the Arab American University Company elected a new board to manage the company, during its extraordinary meeting at the University's office in the Jordanian capital Amman with 98% of the shareholders. 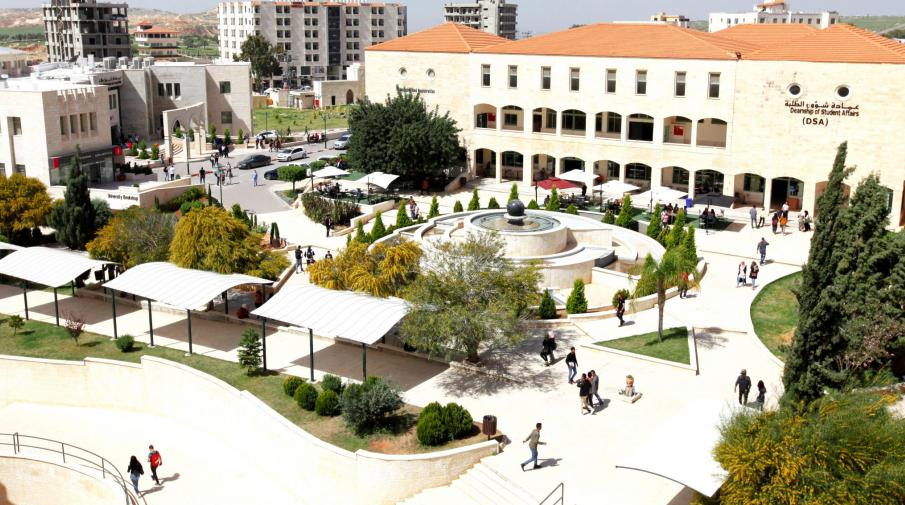 Dr. Yousef Asfour Chairman of the Board of Directors of the University started the meeting by welcoming the shareholders. Expressing, the University's family thanks and appreciation and his, for the continuous support they provide for the university's progress and its academic, administrative and architectural development to keep its leading position in Palestine and the Region.

Followed by the Board of Directors submit its resignation to the General Assembly, which elected a new Board for the Arab American University. Consisting of Dr. Yousef Asfour as Chairman of the Board, Eng. Abdulhalim Muahed as VP, and Eng. Zuhair Hijawi, Dr. Ra’d Dalbah, Mr. Osaid Asfour, Dr. Rashad Al-Bata, Mrs. Sabah Asfour, Attorney Baha’ Aldeen Asfour and Eng. Mohamed Abdelhalim Muahed as members.

The elected Board of Directors during a meeting he held distributed the committees to the members and reviewed the university academic and administrative reports. He approved the University President and his Administrative and Financial VP proposed budget for the year 2018/2019, in addition to a report on the achievements in the developmental projects implemented in the university campus both in Jenin and Ramallah.

At the end of the meeting, Dr. Asfour stressed on continuing the Board of Directors approach in supporting the university with all the possibilities through establishing vital projects, equipping scientific and teaching laboratories with the latest equipment, encouraging offering internationally known academic programs for its quality and neediness, keep pace with what is new in the labor market, promote scientific research to the significant university mark, and attract rare scientific talents to serve the Arab American University academic process.