On its 20th Anniversary, AAUP and under a Joint Partnership with the Ministry of Education and the Supreme Council for Youth and Sports Organizes a Marathon "To Support Massafer Yatta Case" 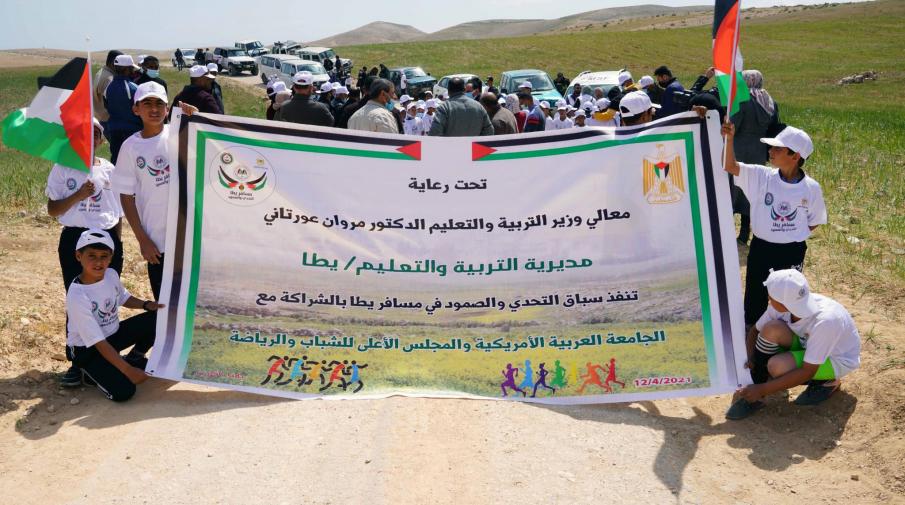 The 3 Kilometers-marathon start point was from the space between Massafer Yatta and its Bedouin area heading to Massafer Yatta High School. 200 students from the elementary and middle levels participated in the marathon.

At the end of the marathon, a ceremony was organized at Massafer Yatta high School to honor the winners of the marathon, where safety precautions and measures were taken into consideration. The ceremony was attended by Mr. Abdulhakim Abu Jamous- the General Director of the Student Activities in the Ministry of Education (representing the Minister), Mr. Sa’id Abu Mu’alla- a Lecturer in the Faculty of Modern Media (AAUP representative), Mr. Yasir Saleh- the Director General of the Directorate of Education in Yatta, Mr. Nidal Younis- the Head of Massafer Yatta Village Council along with representatives of directorates, school principles, students and parents from Hebron.

The ceremony started with a welcoming speech from Mr. Nidal Younis- the Head of Massafer Yatta Village Council who talked about the suffering of Massafer Yattat people. The village of 1300 people live in 20 population areas, and some of them even lived there decades before the Israeli Occupation to the West Bank in 1967. He also indicated that the Israeli authorities has specialized Massafer Yatta area including 14 of the population areas to be a closed military area for their training, or what they call “the shooing 918” area. And since then, the village became under a series of policies and practices that bothered the people of the village, this undermined the security of the population, worsened their living conditions and increased levels of poverty and reliance on humanitarian aid. In fact, these communities are now at risk of forced displacement.

Mr. Younis thanked Arab American University and the Ministry of Education for this gesture in organizing sports activities in Massafer Yatta and emphasized that the families and the Palestinian communities in the area must support the village and its people by providing scholarships for its high school students and establish investment projects to support the village people economically. He added that the people of Massafer Yatta have lived tens of years in caves after their tents were taken from them, just to ensure that they are attached to their lands and they will not let go of their rights.

Mr. Sa’id Abu Mualla- AAUP representative transferred the greetings of Prof. Ali Zeidan Abu Zuhri- the University President and said that organizing this event with the Ministry of Education represents a message of support to Massafer Yatta and to try to transfer their suffering under the tough situations that they are living in.

Mr. Abu Mualla added that Arab American University is celebrating its 20th anniversary in many different ways; one of them is to reach the marginalized areas, to know them and discuss the mechanism of providing support and aid to them. He said that this marathon has many objectives including the highlighting of the suffer of Massafer Yatta, supporting its students, empowering the women role in the area and enhancing the sports activities with schools out of the belief that there are talents in all students that need some attention.

Moreover, Abu Mualla ensured that it is very important to stand with and support the students of Massafer Yatta in order to help them find scholarships either in Arab American University or any other supporting university. He also expressed his honoring to be part of this partnership with the Ministry of Education and Supreme Council for Youth and Sports to support education in this village that is targeted by the occupation.

In his speech, Mr. Abdulhakim Abu Jamous- the General Director of the Student Activities in the Ministry of Education said: “this marathon represents many symbolic messages including the resilience and steadfastness of the families, students and the educational staff, especially in the targeted areas”, he also praised the joint role between the Ministry, the Council and Arab American University to organize such activities especially in the time of pandemic and the occupation practices. Mr. Jamous called all other participated institutions to support the education sector in Massafer Yatta and to provide the basic needs that might contribute in supporting the families.

At the end of the ceremony, Arab American University honored the partnered organizations. And as a nice gesture to support the resilience of families there, AAUP also honored the elderly woman "Areba Al-Nawajaa" as she is considered to be the oldest person in Massafer, and finally sport tools were given to the participated schools of Massafer Yatta. 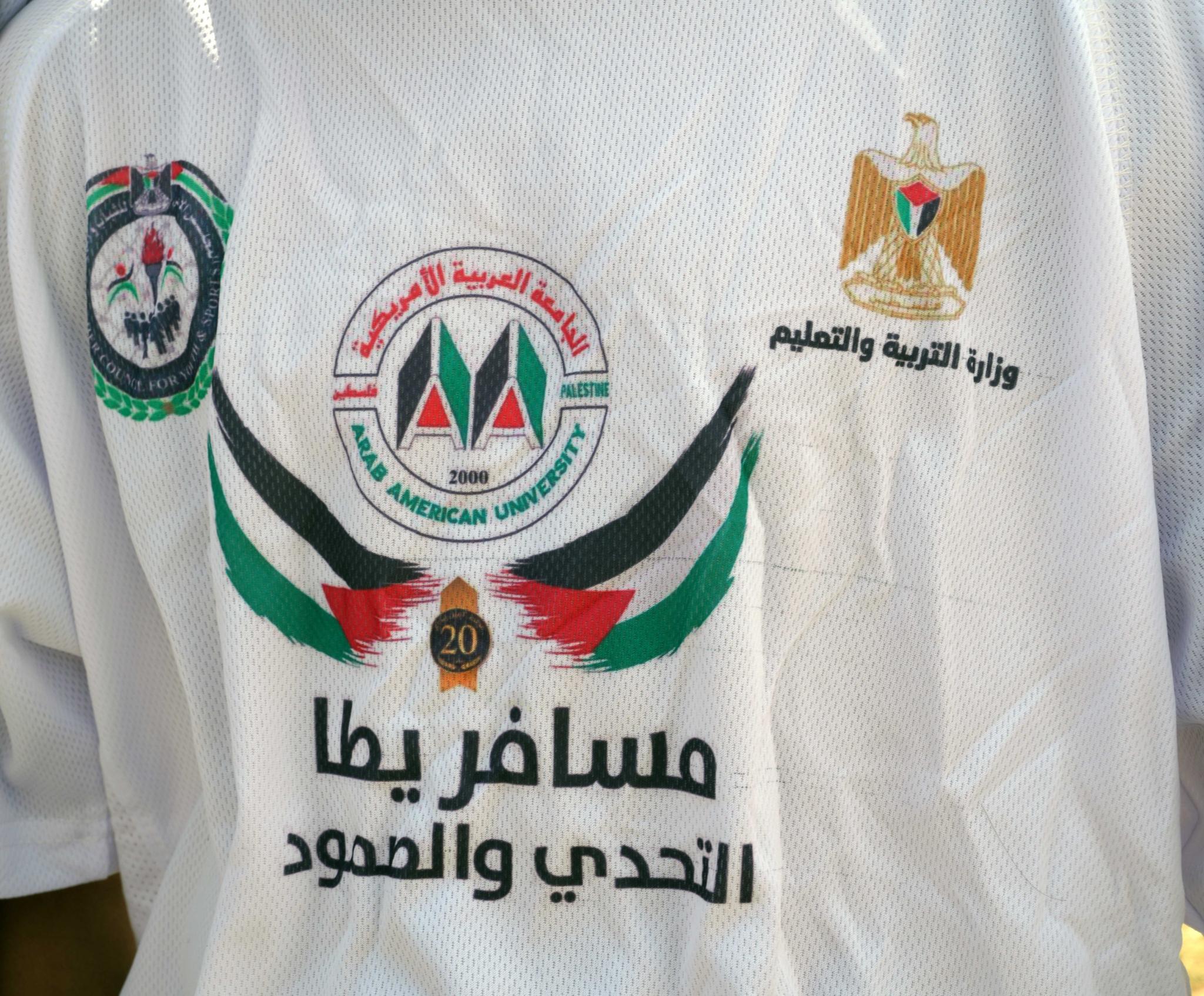 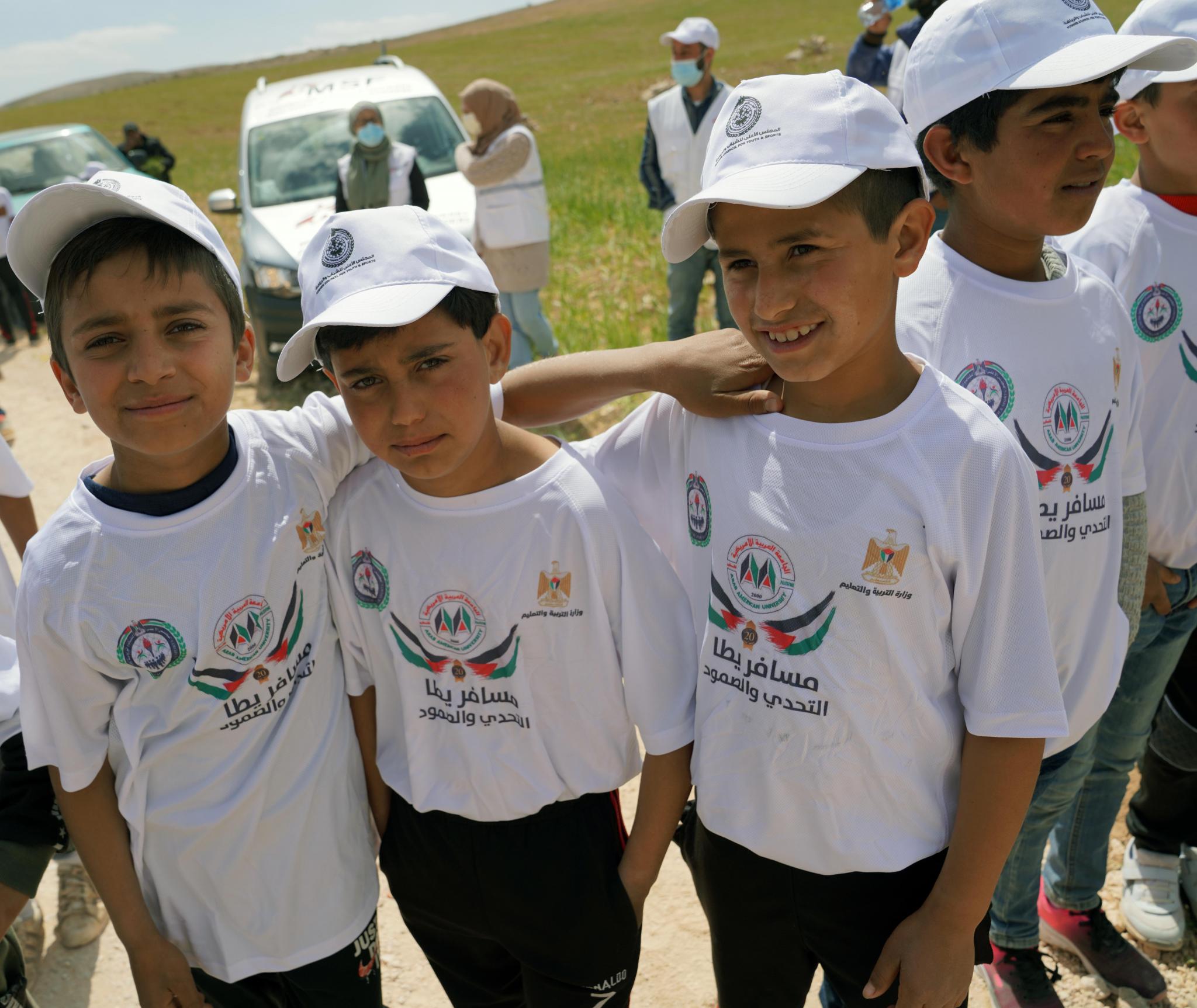 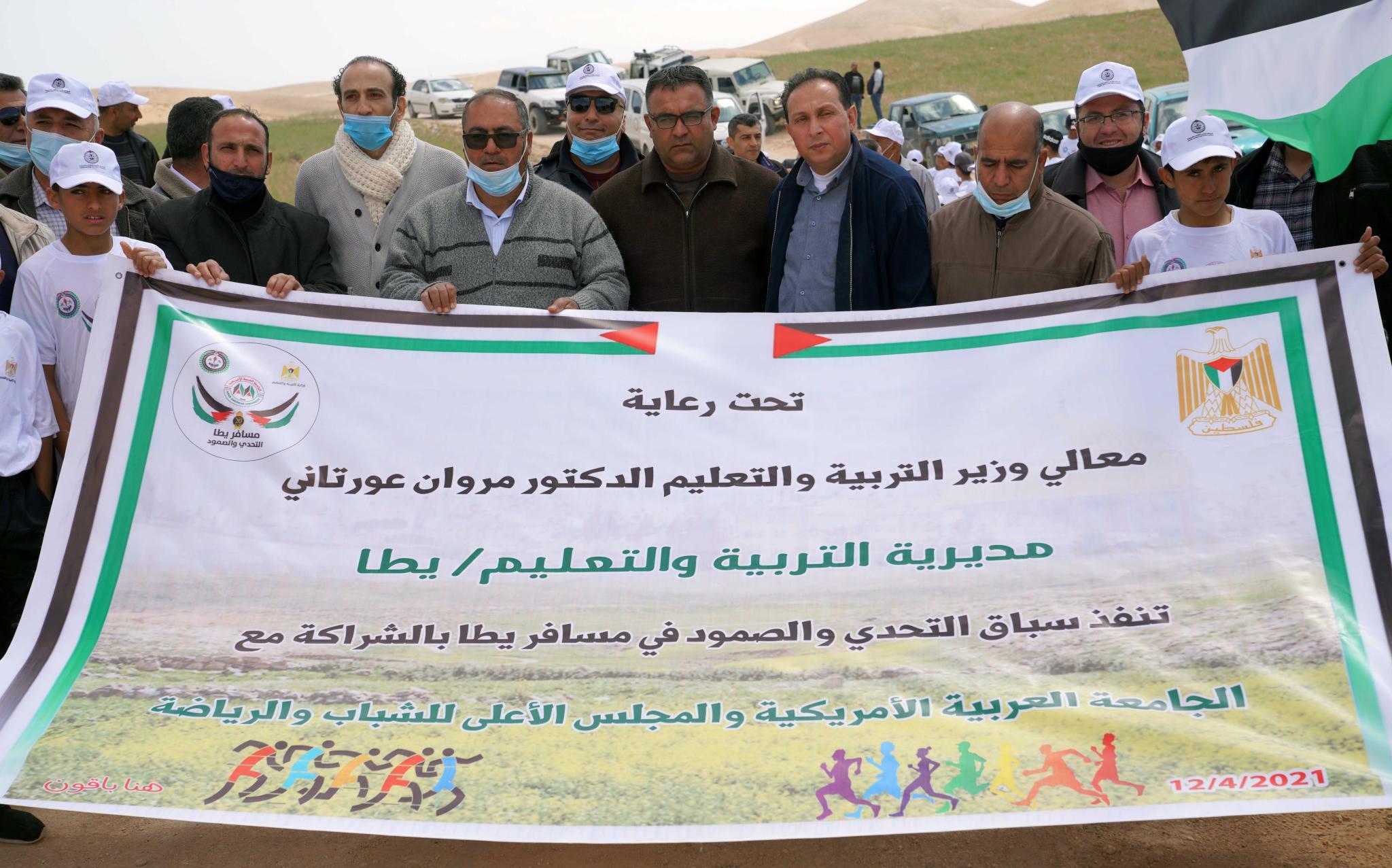 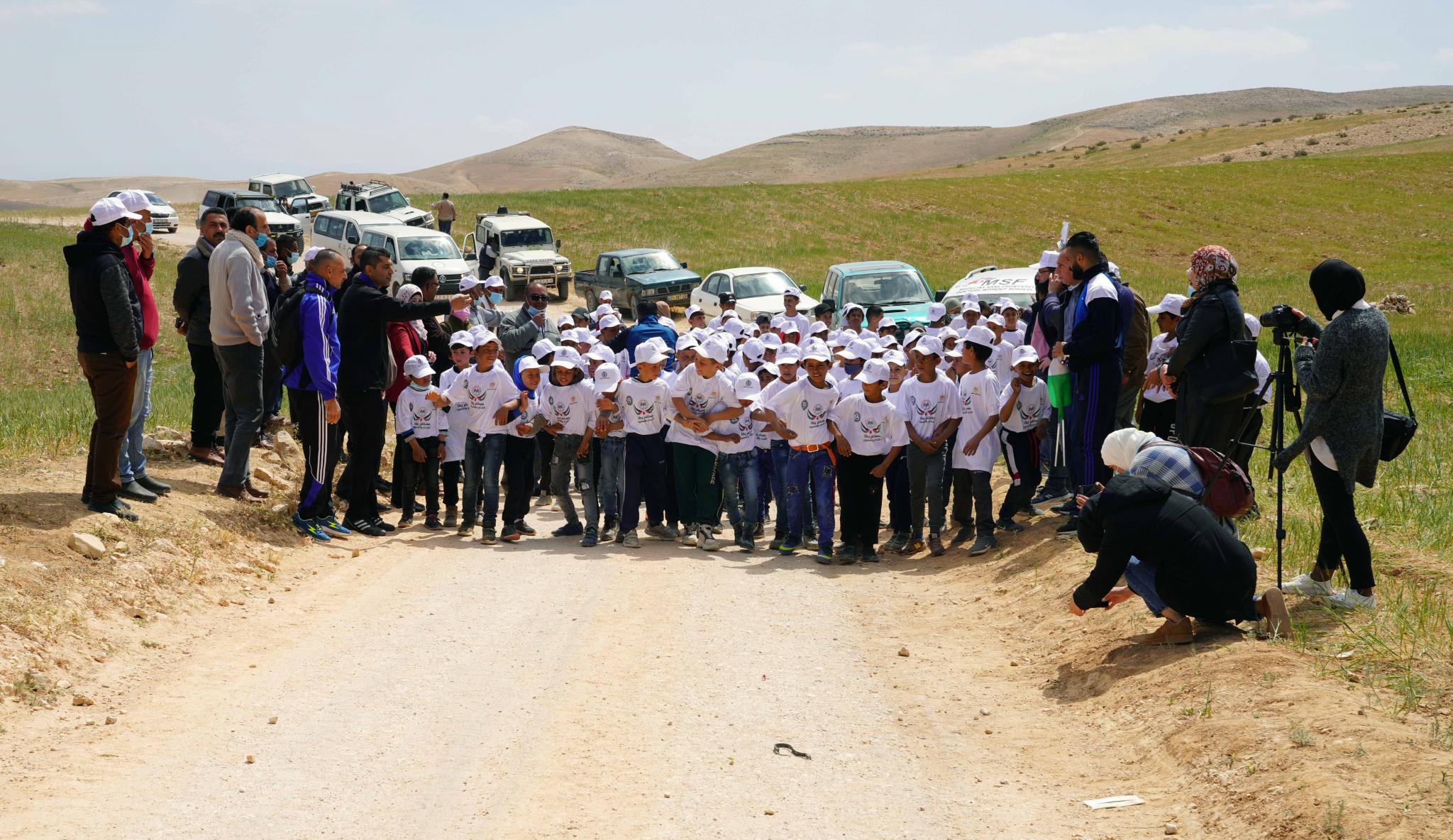 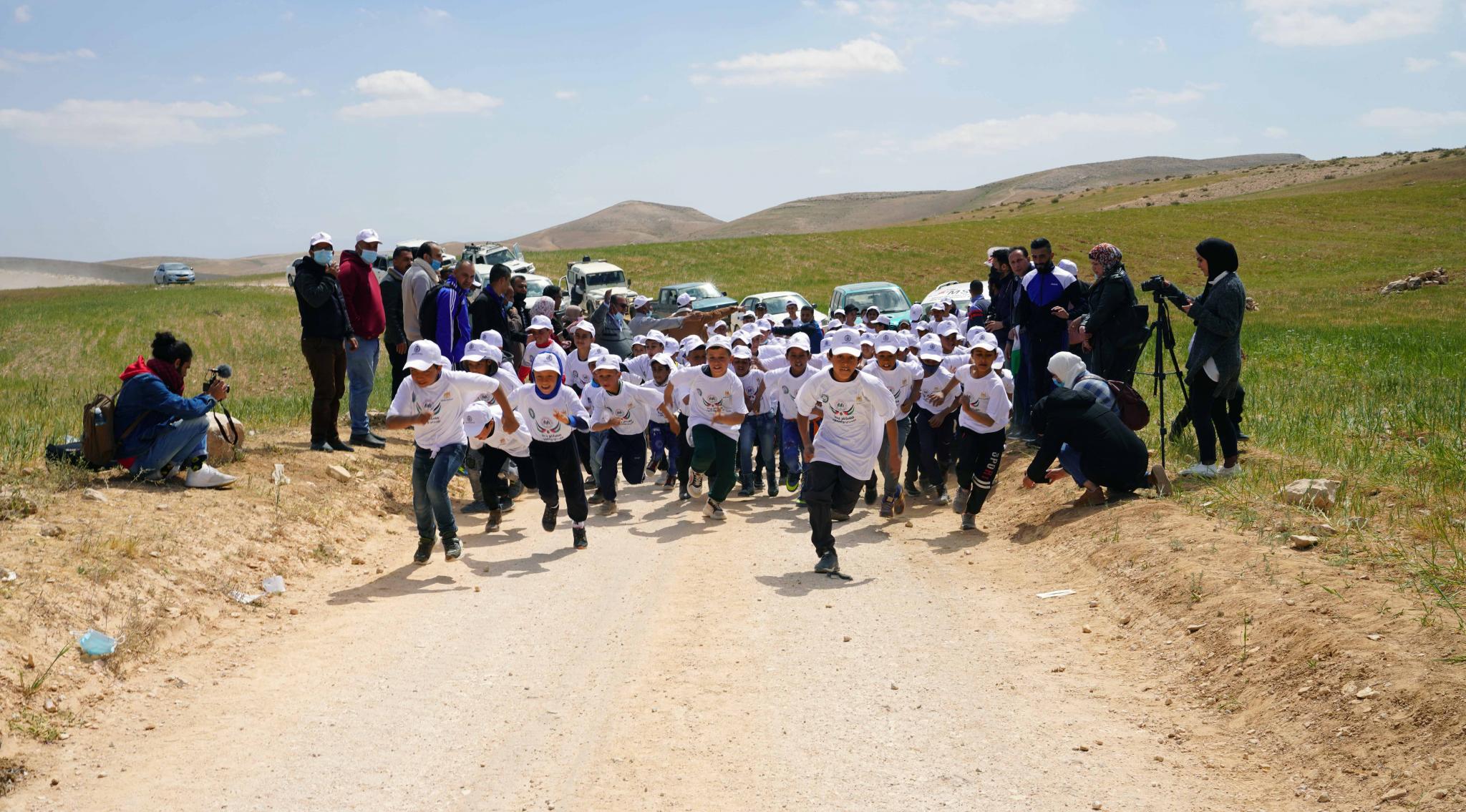 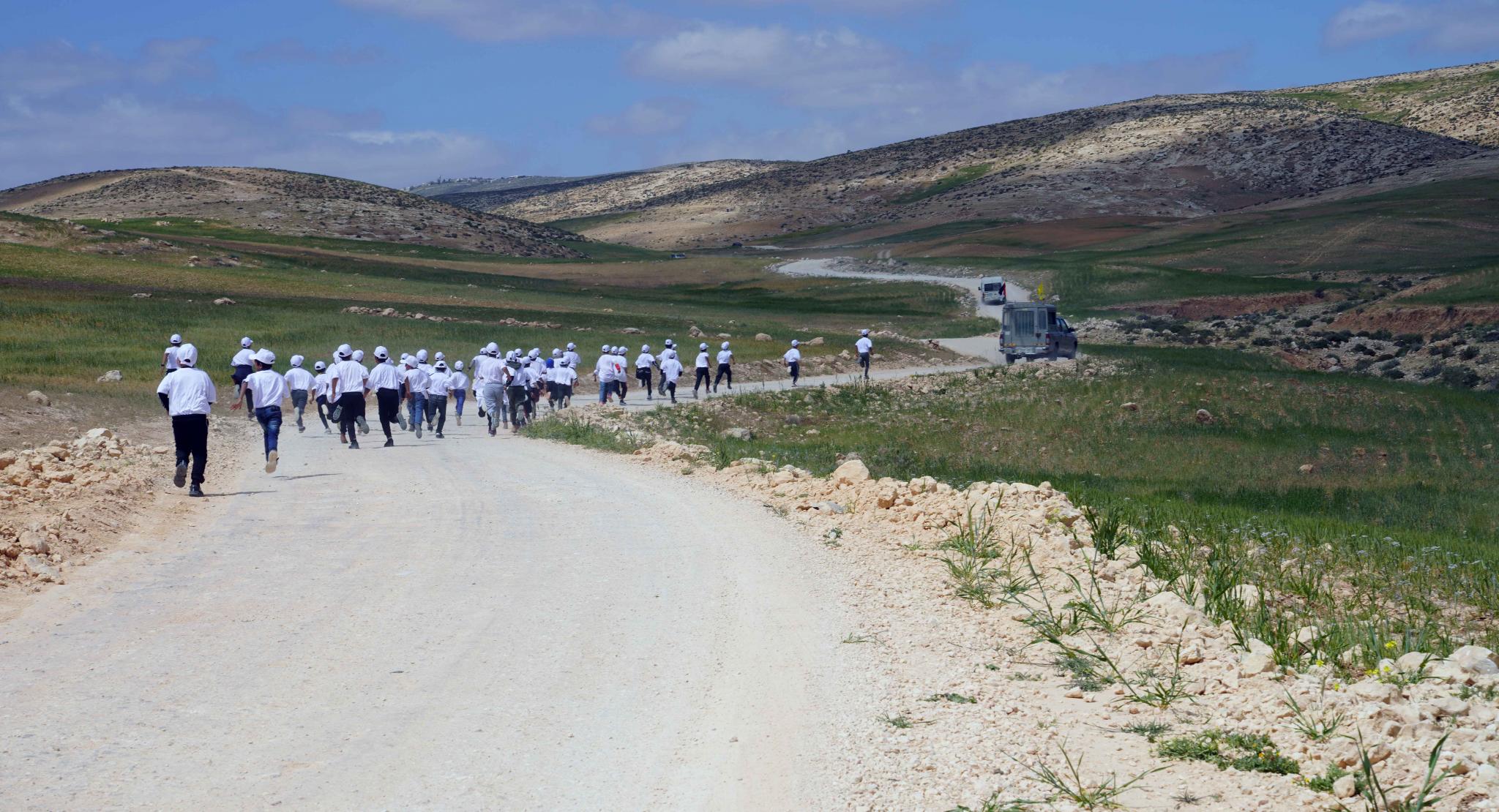 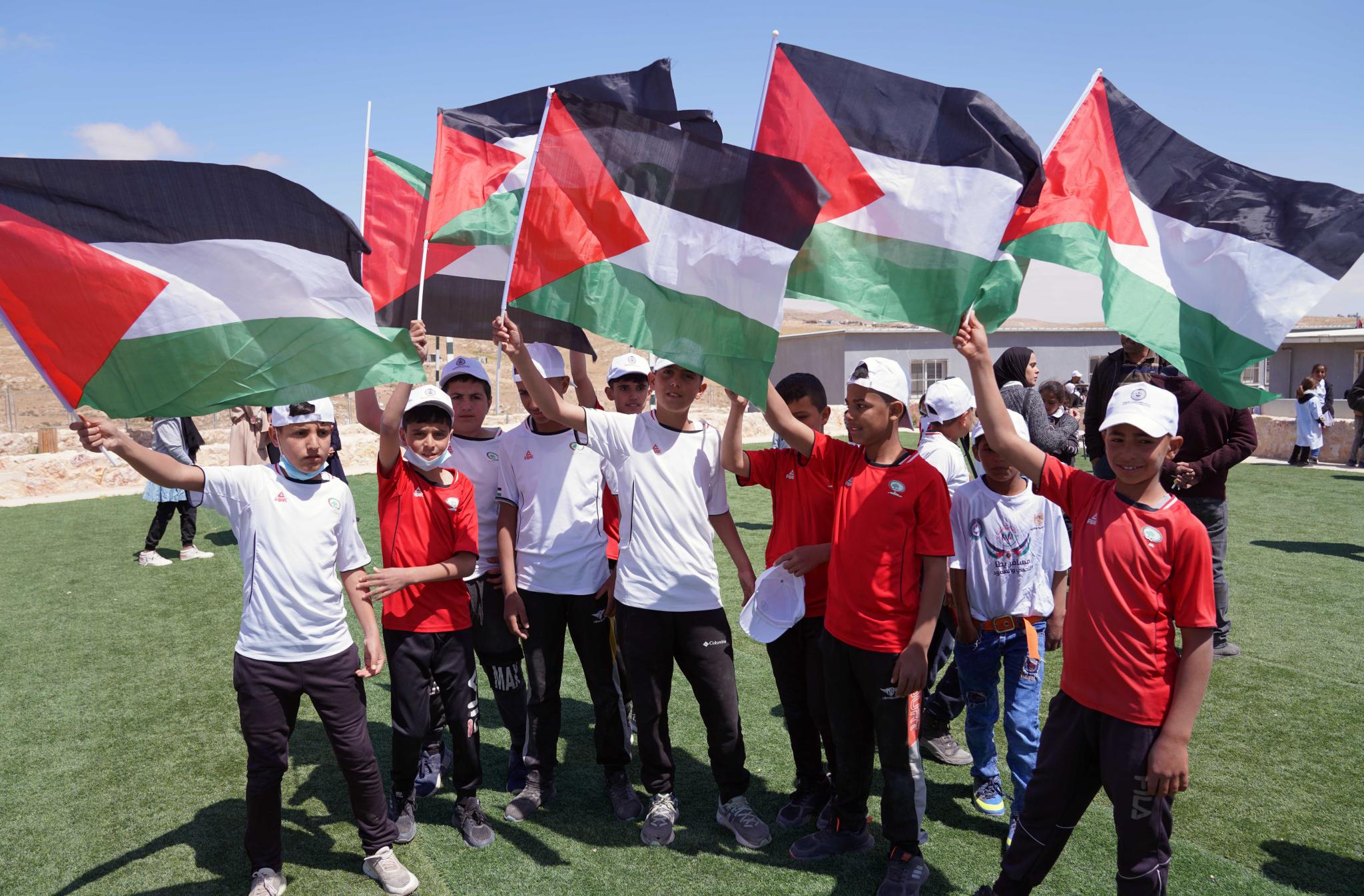 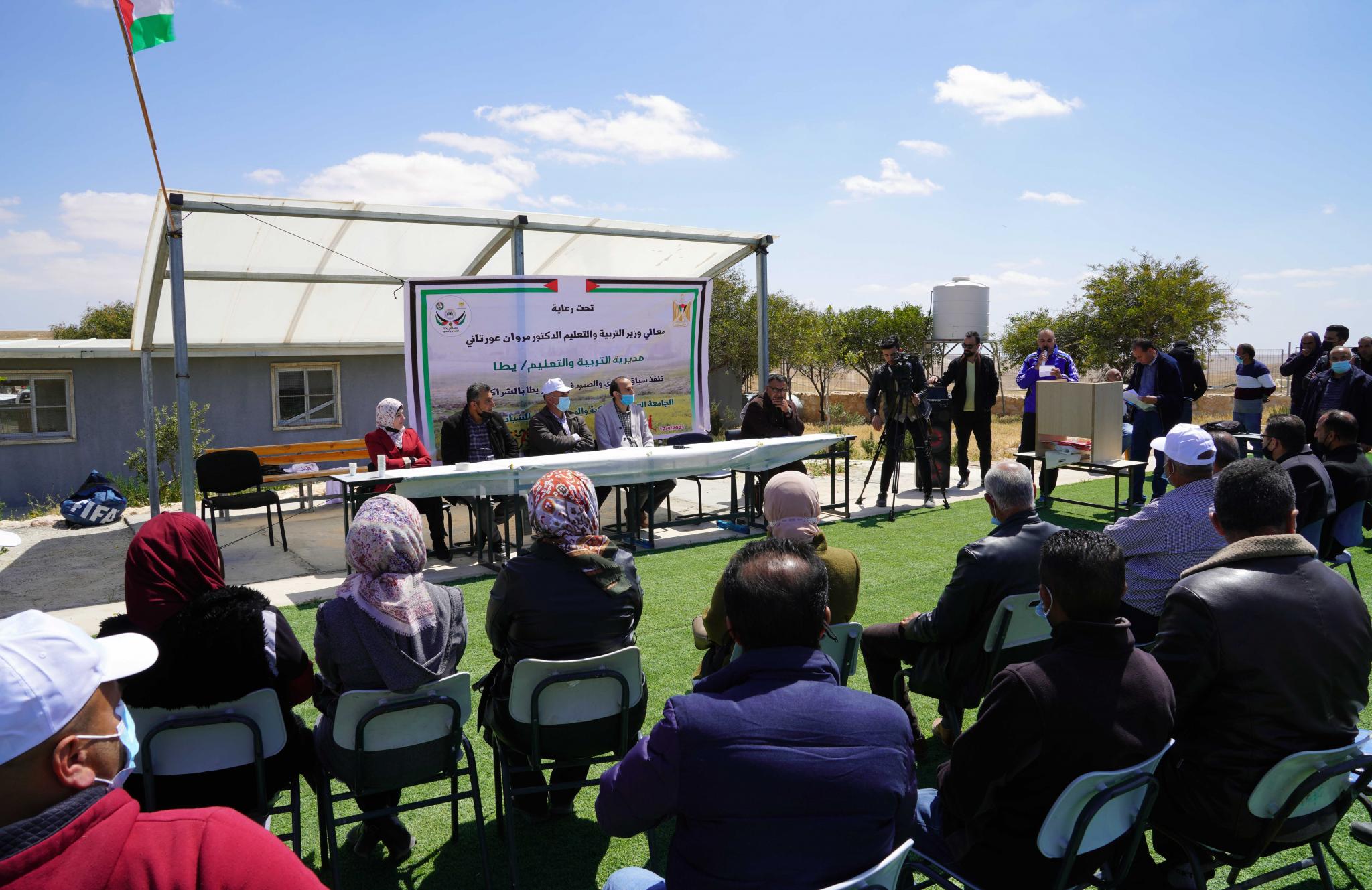 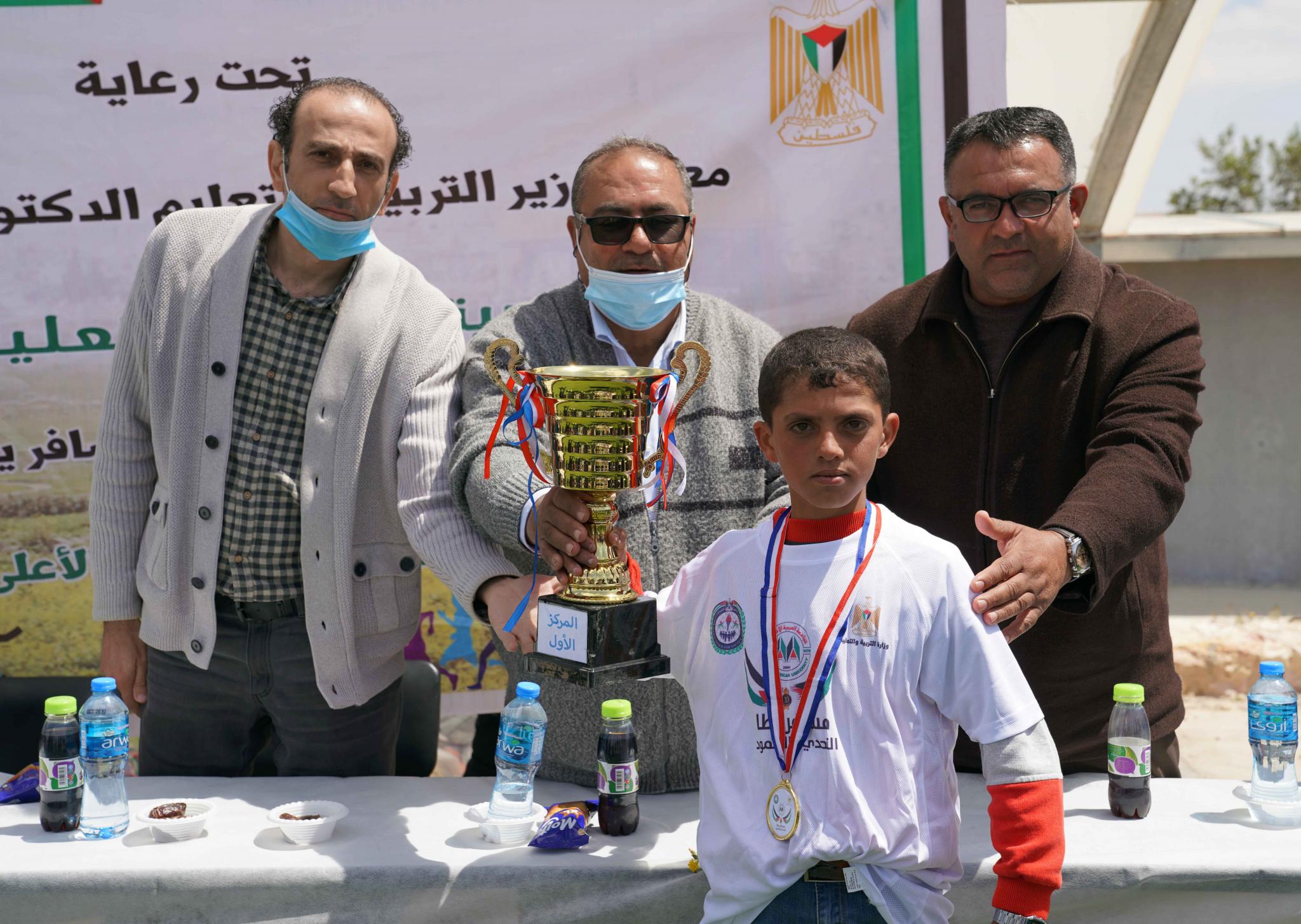 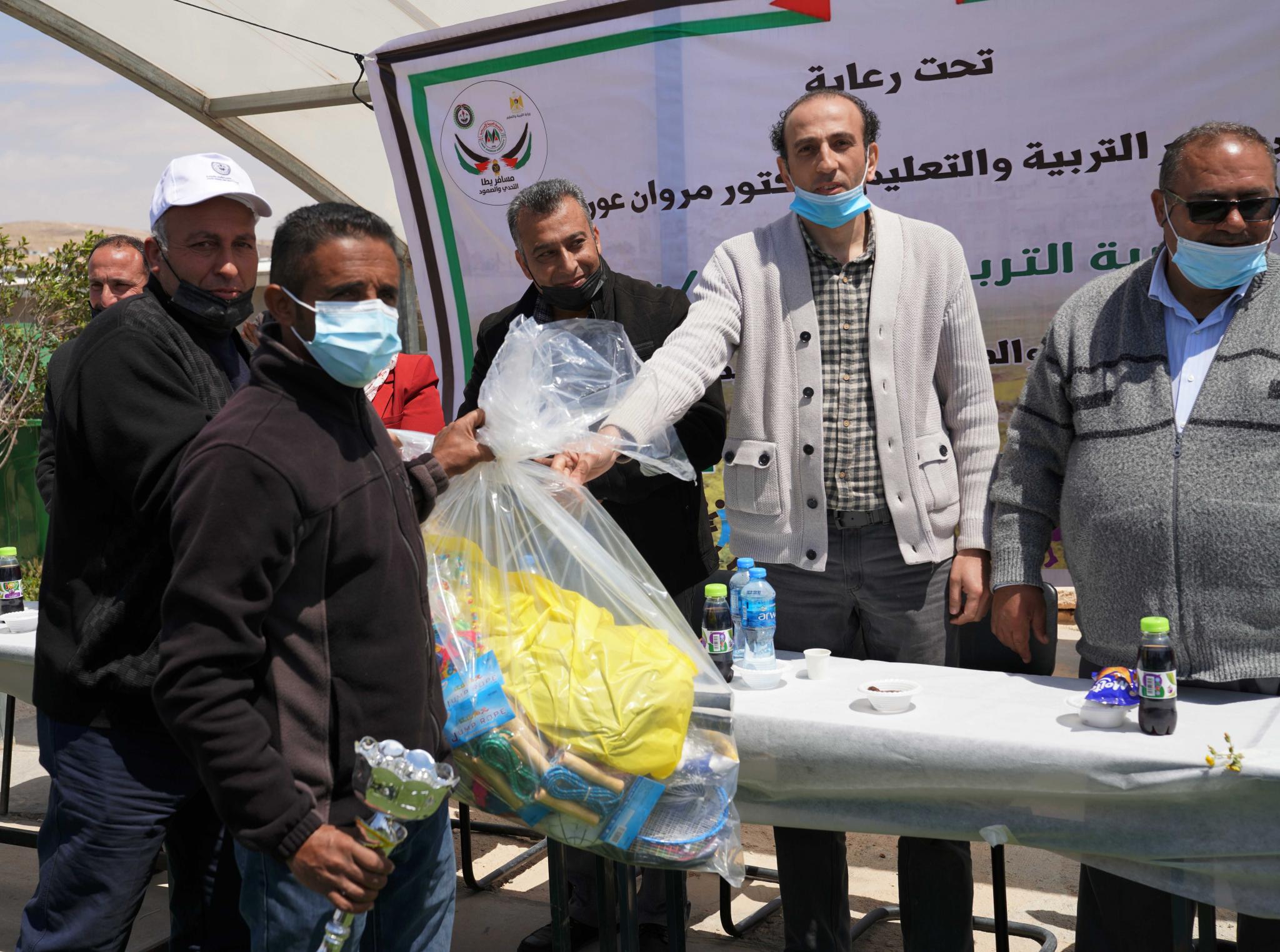 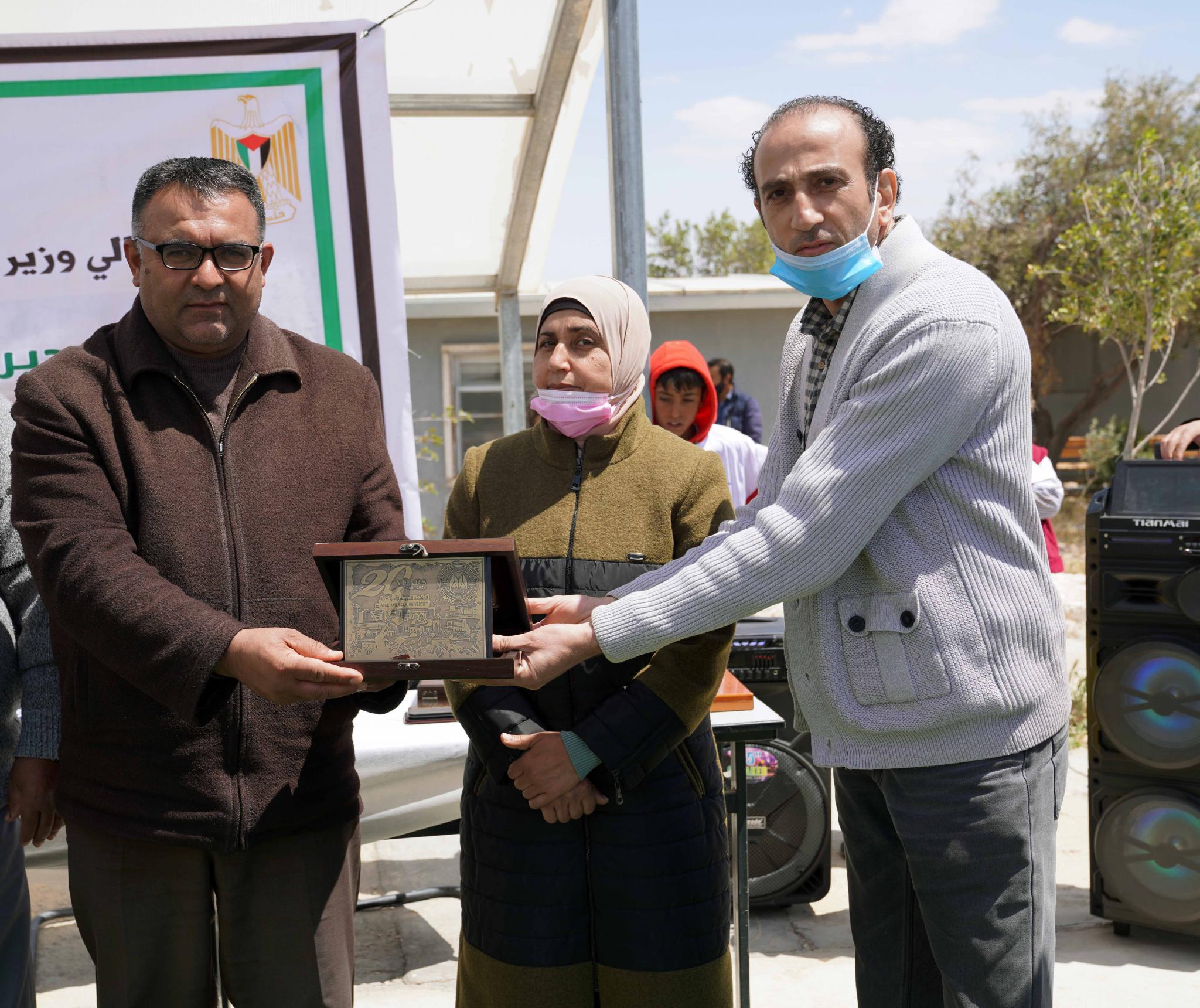 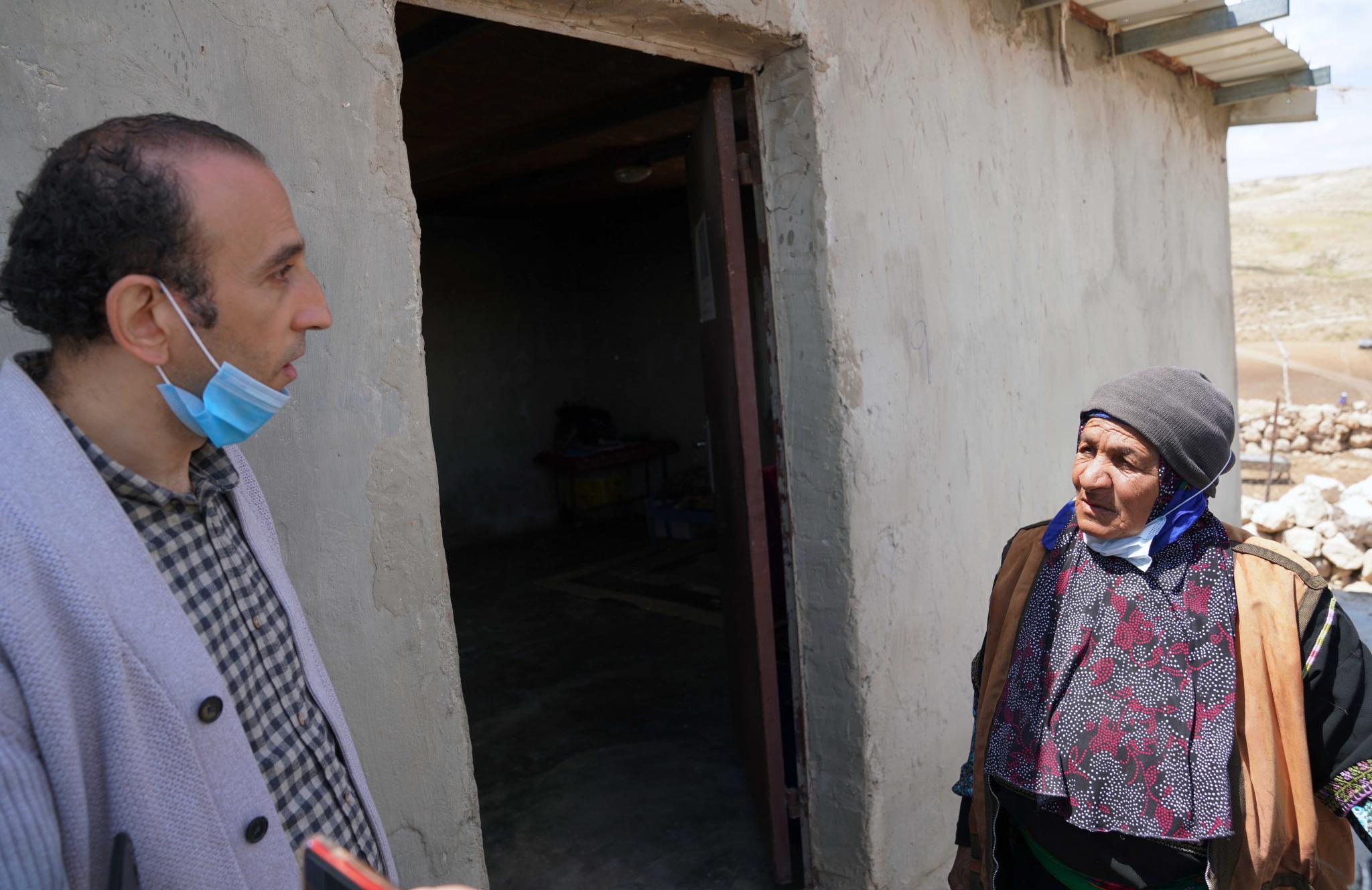 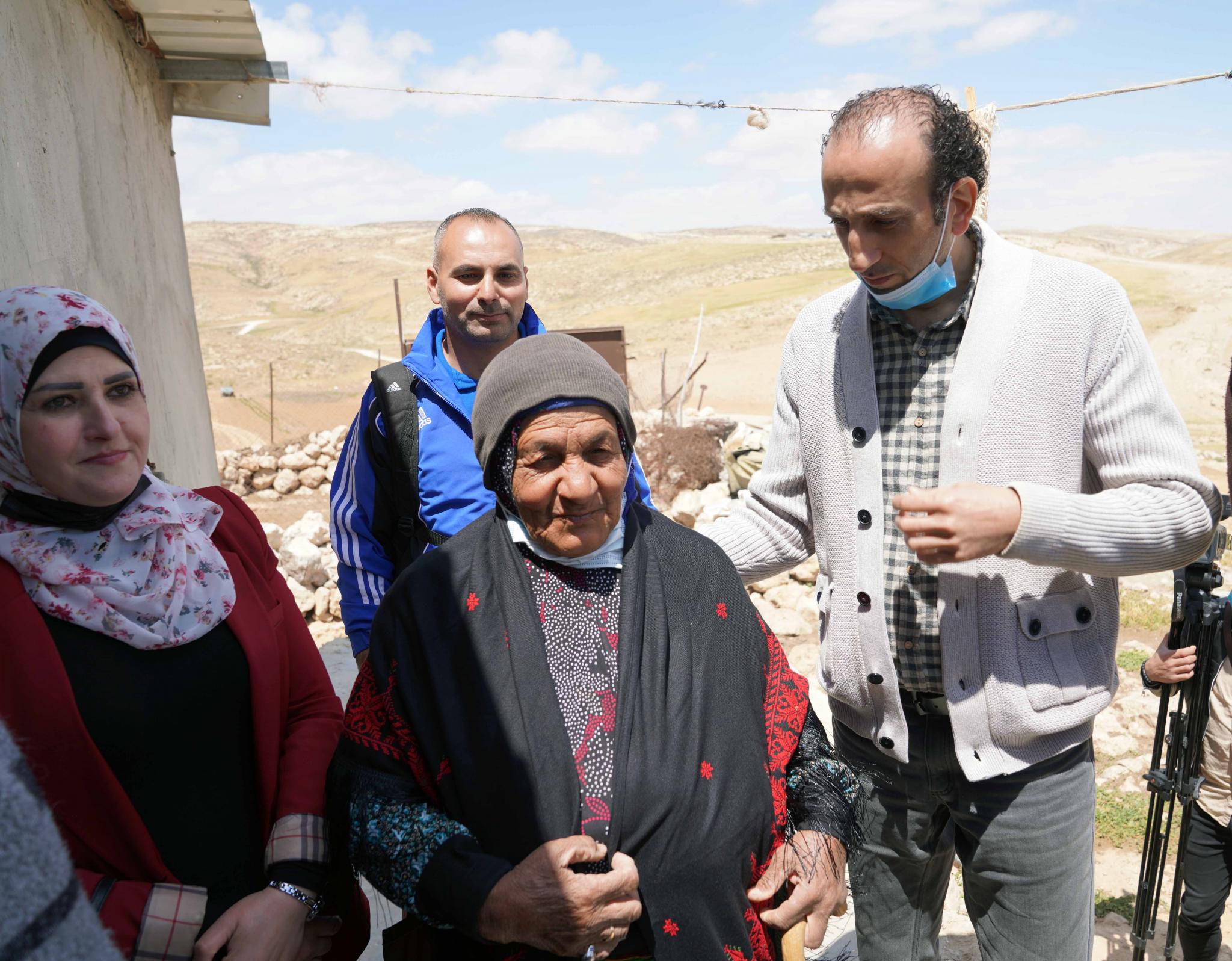