Minister of Culture Dr. Ihab Bseiso: Arab American University Is a National Monument That Combines All the Elements of Palestinian Belonging

Arab American University is one of the academic monuments that have become known for its academic, cultural and scientific life in Palestine, and the presence of the university in Palestine is a source of pride for the Palestinians," said the Minister of Culture Ihab Bseiso. 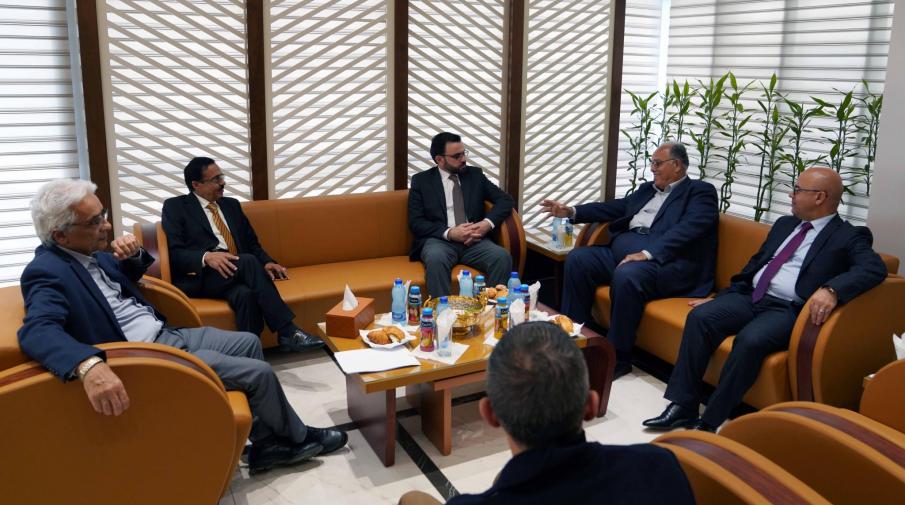 Part of the visit of Minister of Culture Dr. Ihab Bseiso to the university

Where Dr. Ihab Bseiso was invited to a lecture organized by Policy and Conflict Resolution Studies Center at the university, that targeted master's programs students entitled "The Role of Culture in Promoting the Palestinian National Identity". As Dr. Yousif Asfour, chairman of boards of directors welcomed the minister along with the President of the University President Prof. Ali Zidan Abu Zuhri, Academic Advisor Prof. Walid Dieb and Vice President for Administrative and Financial Affairs Mr. Faleh Abu Ara.

The minister said, "We appreciate all the efforts that have been made to make the university a national monument that combines all aspects of the Palestinian belonging, spirit, idea, present, and future, and also combines the integration between the private sector and public orientation, and its Academic and students support ".

The Chairman of the Board Dr. Youssef Asfour, welcomed the Minister of Culture and stressed that the University is always seeking to develop to promote the educational process and contribute to the development of academic performance in Palestine.

The President of the University Prof. Dr. Ali Zidan Abu Zuhri, gave a detailed introduction about the university, its foundation, its establishments and its academic programs in the undergraduate and master's degrees, referring to the university's development projects.

Then the minister was hosted in a lecture, which was opened by Dr. Nahed Habib Allah, a lecturer in conflict resolution and development program at the Faculty of Graduate Studies at the University.

Dr. Bseiso presented various definitions of cultural concept, the difference between culture on one hand and the identity on the other. He also distinguished between culture as a daily action for people or a group, where history is mixed with geography. As he mentioned the ways of promoting culture such as theater, song, novel, literature and poetry. The development of national culture and its political, social and economic dimensions, pointing out that it is impossible to imagine a national culture without a national identity, especially that Palestinians are still struggling to reach to independence and national liberties.

During the lecture, he focused on the idea that culture is a work of resistance, especially in light of the lack of access to the independent state, and that culture in one way or another contributes to the humanization of the resistance, because each stage of the struggle connected to balance its own forces and that the Palestinians succeeded in arranging its political and living conditions based on these different stages.

Dr. Bseiso assured that the need to produce culture on local levels, because it strengthens the national narrative in the era of globalization. He explained that in order to create a real cultural situation in Palestine, it requires integrated efforts and a comprehensive strategic plan to be developed by various ministries such as culture, education, Youth and sports. As well as international community organizations, non-governmental organizations, private sector, universities and other variables.

At the end of the lecture the Minister of Culture Dr. Ihab Bseiso listened to a number of questions, observations and inquiries made by graduate students. Most of them were answered in depth and narrative analysis.

The visit included a tour for the Minister of Culture to the facilities of Arab American University in Ramallah campus, clinics and medical centers. He also reviewed the work of Policy and Conflict Resolution Studies Center at the University. 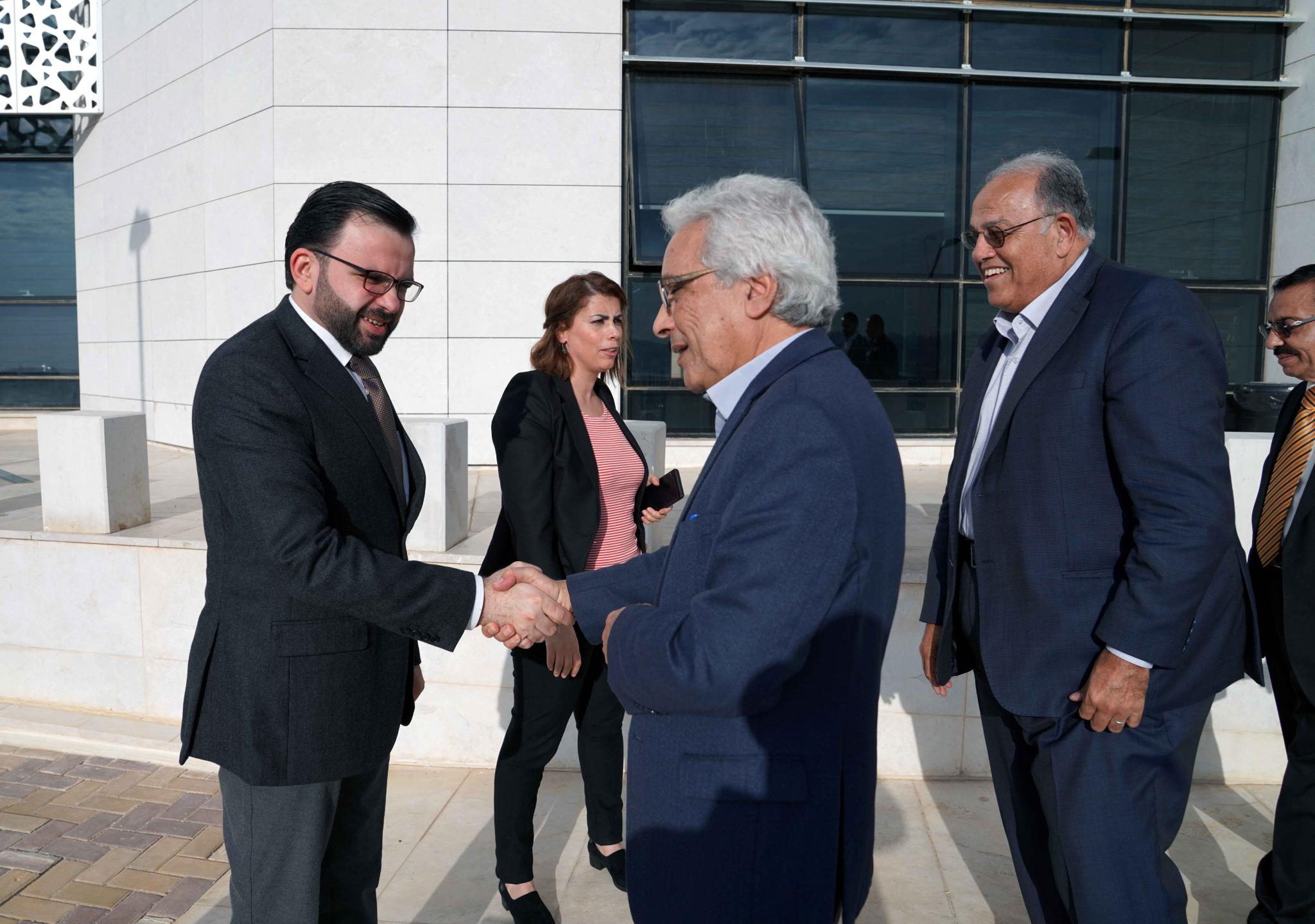 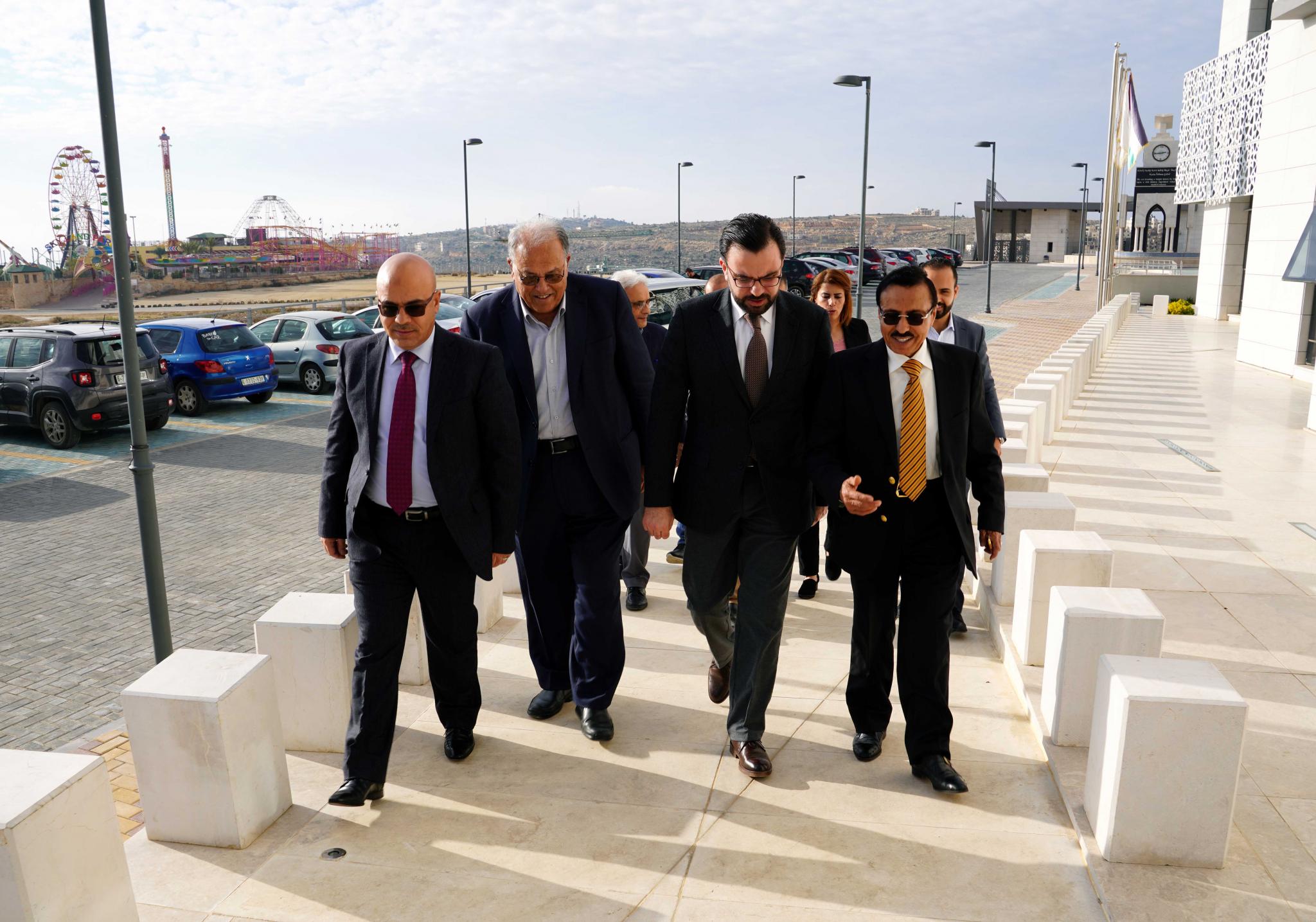 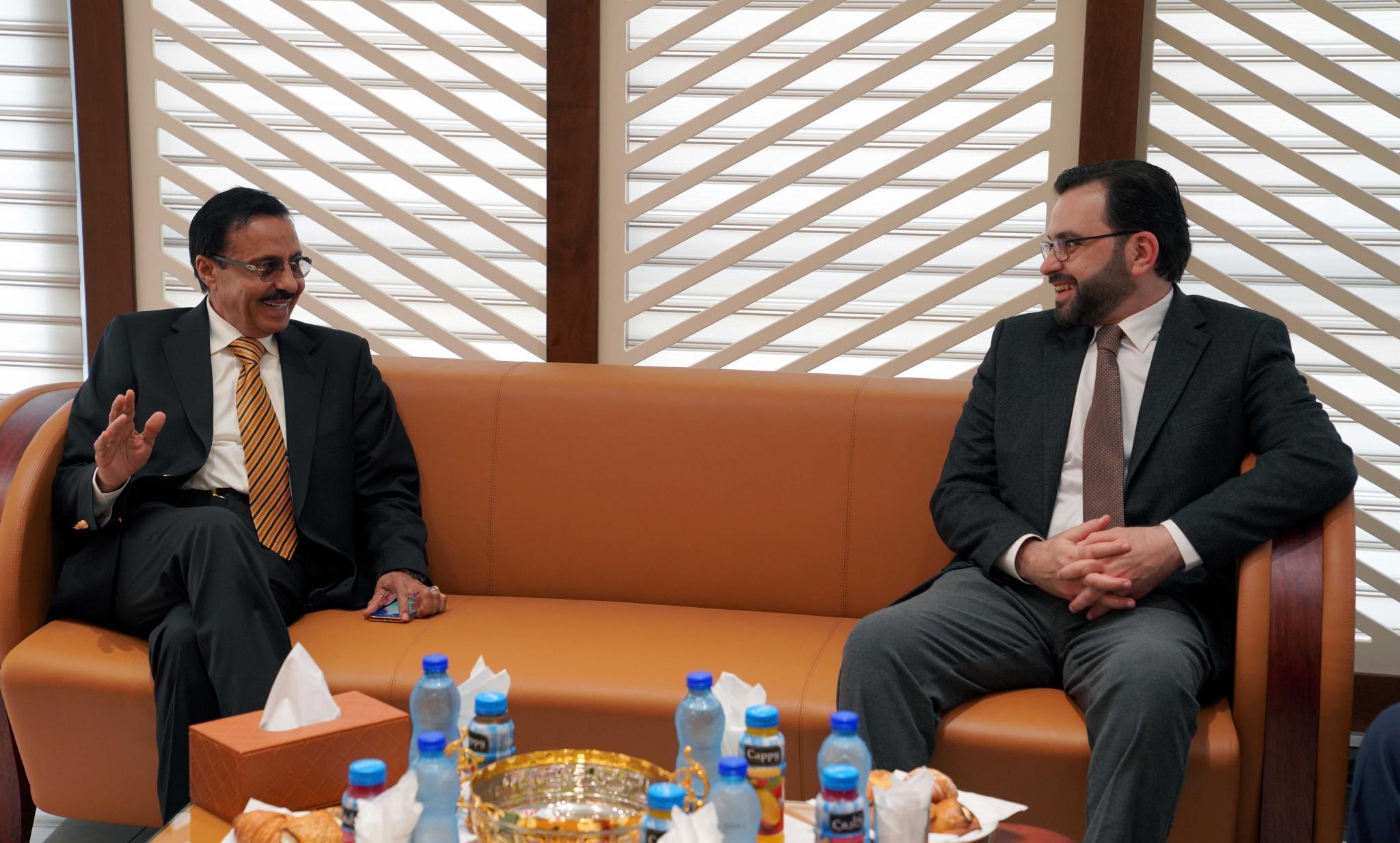 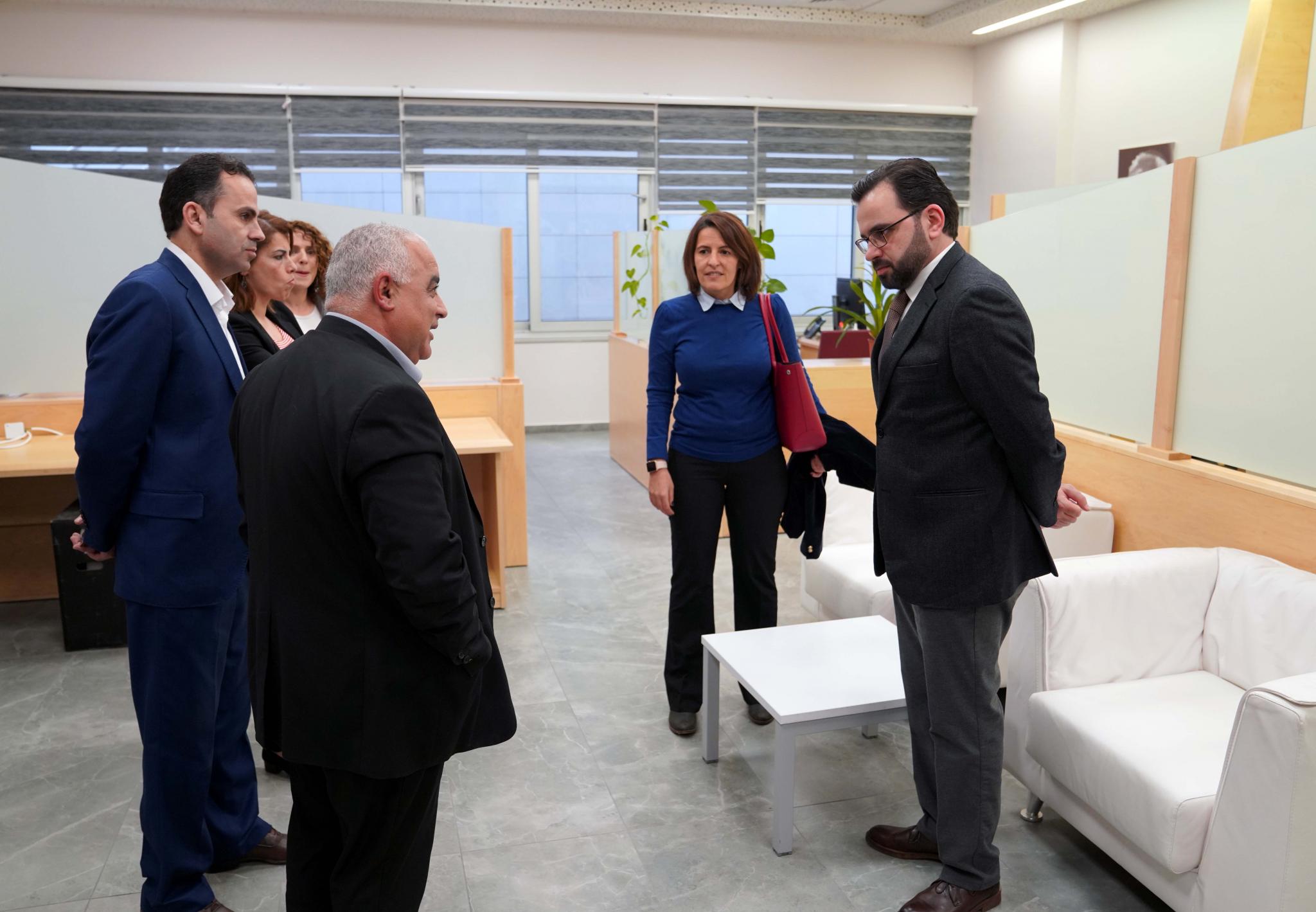 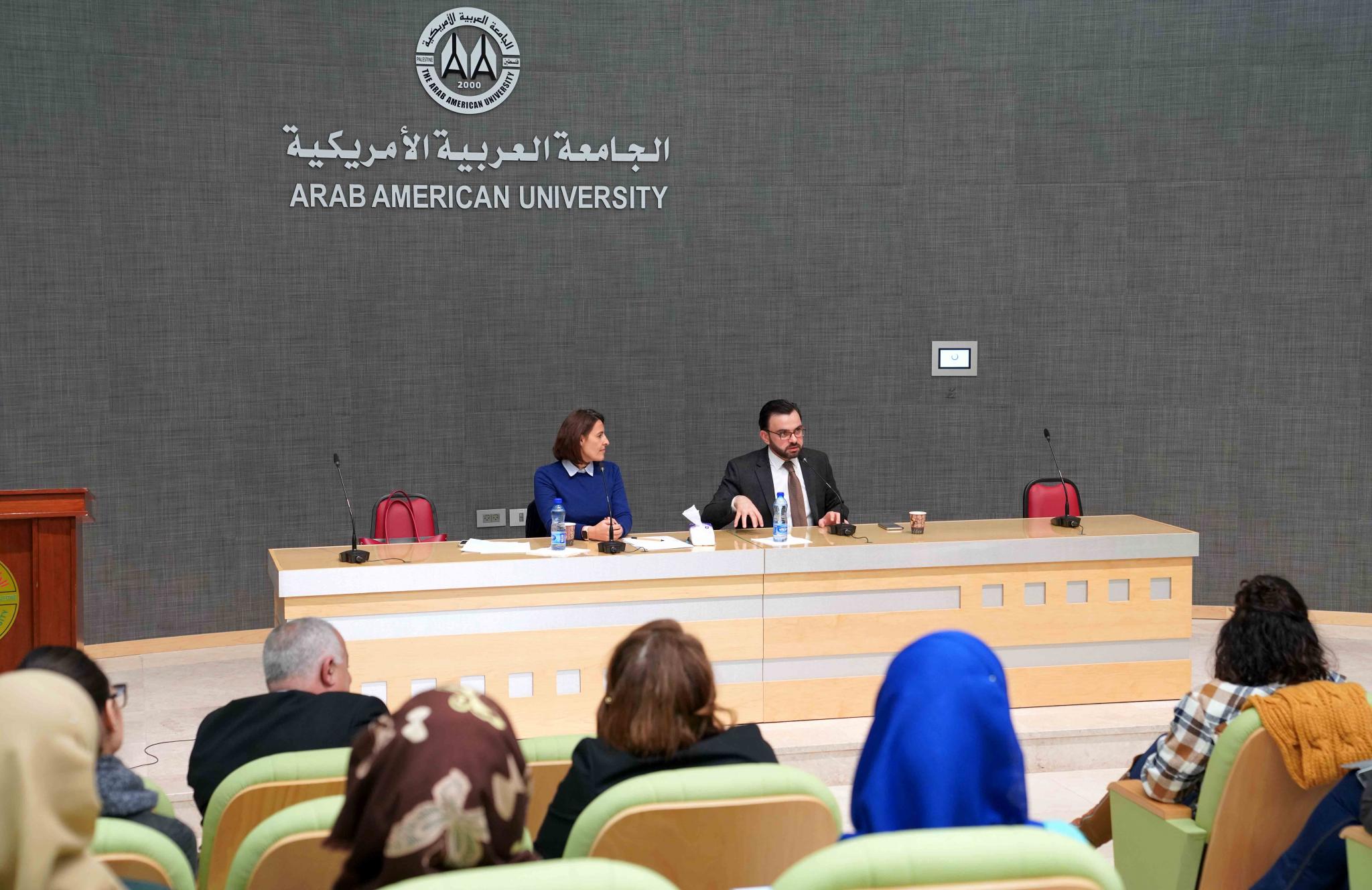