Minister of Awqaf and Religious Affairs Sheikh Yousef Idaies honored 240 students from the Faculty of Law at the Arab American University, schools students and local community who participated in the competition called “Quran Seeds” to memorize the Holy Quran, during a ceremony organized by the Holy Quran Forum of the Department of Jurisprudence and Law at the University under the auspices and support of the Human Appeal International. 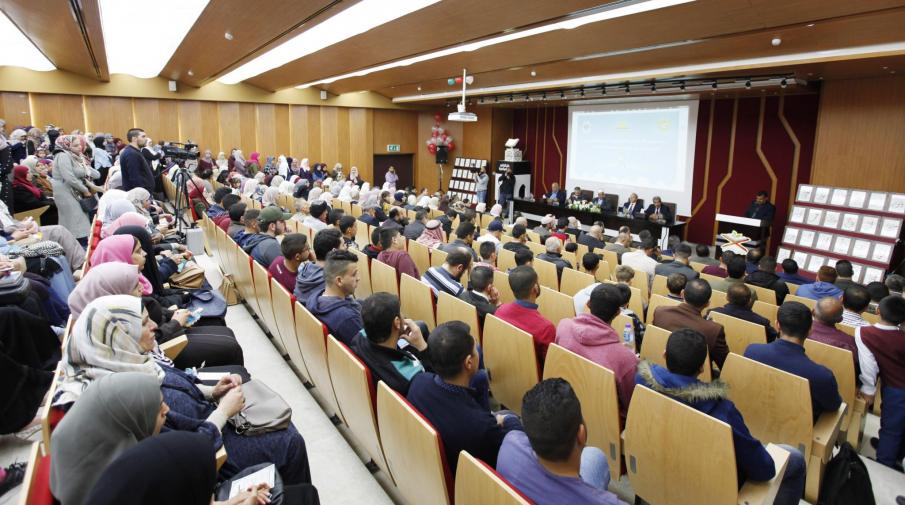 Part of the honoring

President of the University Prof. Dr. Ali Zidan Abu Zuhri welcomed the Minister of Awqaf and Religious Affairs during his visit to the university and gave him detailed explanation on it, its academic programs, and its leading scientific and social role. Stressing on the importance of enhancing cooperation, noting that AAUJ is always ready to host extracurricular activities organized by the Ministry of Awqaf and religious affairs with the students’ participation.

He stressed, the university is for the Palestinian people, it was founded by investors whose goal basically was and still is to provide a modern, distinguished education service based on self-reflection and keep up with everything new in the world through continuously developing the taught curricula at the university to suit the community needs and the tremendous progress in communication sciences and technology.

The ceremony was held in presence of the University VP for Training Affairs Dr. Nizam Diab representing the University President, Assistant Undersecretary at the Ministry of Awqaf for Hajj Affairs Hussam Abu Al-Rob, Commissioner of the Palestinian Human Appeal International Ibrahim Rashid, Representatives of official and popular institutions and a crowd of university, schools students and local community.

Sheikh Idais said “The Israeli occupation has bet on disconnecting the Palestinian people from its land and religion, but the people response was to save the Quran by memorizing and teaching it”. He also described the Department of Fiqh and Law at the Arab American University as a pride in preparing and graduating groups of Quran memorizers to give the university a qualitative distinction in its excellence at every academic and scientific field, after becoming a model to be followed.

He stressed that the Ministry of Awqaf gives great importance to the centers of memorization and teaching the Holy Quran, which witnessed a qualitative leap in recent years, and praised the close cooperation between the Ministry the organization, which he described as a strategic partner in taking care of and support marginalized society parts and achieve sustainable development through a series of projects and programs implemented in Palestine.

The ceremony began with recitation of verses from the Holy Quran, national anthem, and a minute of silence for the martyrs’ souls. Then the head of fiqh and law at the Faculty of Law Dr. Khair Aldeen Taleb delivered a speech in which he said “Memorizing Quran one of the pillars to find the motive to create a strong personality”. Pointing, this activity was implemented through the Holy Quran forum, established by the department as a real interpretation of the academic and administrative integration.

The University VP for Training Affairs Dr. Diab said “Science is not limited to the required materials at the university, it extends beyond its walls”. Explaining, according to its philosophy, the university organizes scientific activities in partnership with the community to benefit everyone. Praising the Jurisprudence and Law Department at the Faculty of Law role, and confirming the university’s search for unique specializations and keenness to merger them.

He explained, the Arab American University has achieved qualitative successes in its academic programs, distinguished from other universities in serving the community, graduating outstanding groups of students, and focusing on scientific research giving it great importance. He added “The society needs law scholars with a scientific background in Sharia, and having jurisprudence integration with the law means the integration of the worldly interests with religion interests”. Stressing, the Holy Quran is the Arab and Islamic world first and last reference, the base of civilization and everything related to life aspects.

The Commissioner-General of the human appeal international Rashid said: “Whoever memorize the book of God preserves Palestine because it’s the land of Rabat until Judgment day”, calling the Quran memorizers to represent God’s book to be a walking Quran by implementing what they learn in reality and go beyond the abstract understanding of it, with focusing on connotations and semantics”.

He pointed, the human appeal international recently distributed ten thousand new copies of Mus'haf Al-Tadwin to the Quran memorizers and scientists. Pointing, we wanted to honor the participants in “The Quran Seeds” competition, sending several messages; the first is to urge Quran memorizing by raise, sponsoring, support, and take care of its memorizers, and assure everyone that the community solidarity with them is important to enhance their superiority.

“Honoring of the memorizers of the book of Allah, places everyone including the Ministries of Awqaf, Education and the students’ parents in front of a new challenge. It’s necessary to encourage the honored students to proceed what they started and not to retreat, and not just to memorize it by heart, but by representing it in life and teaching it to other generations”, he said.

During the ceremony there was competitions, screening documentary films highlighting the Holy Quran forum, which was established by the Jurisprudence and Law Department at the Faculty of Law, reviewing the forum’s notable activities during the past year; awareness campaigns and guidance to holdup to the book of God and its rules.

The ceremony concluded by distributing certificates and prizes to the participating university and schools students and local community in the Quran memorization competition and honoring some participants.

At the end, the Minister of Awqaf announced granting three Umrah grants for three of the competition winners, while the Commissioner-General of the Human Appeal International announced five grants for five others. 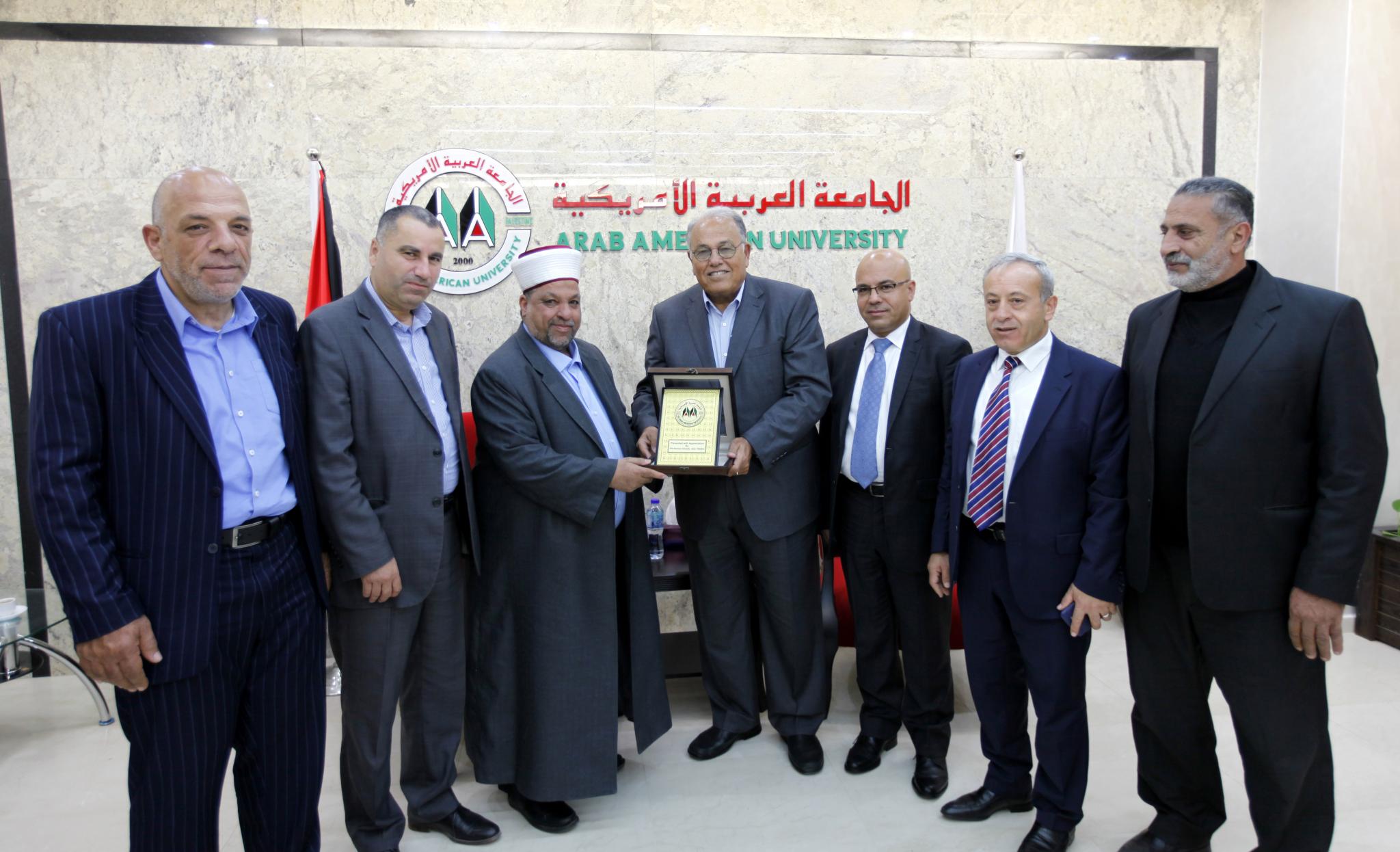