The Sport Hall in AAUP Hosts the Palestinian Badminton Championship

The Palestinian Federation for Racquet Games concluded the Palestinian Badminton Championship 2019 that was hosted in the closed sport hall in AAUP. In the presence of Mr. Uday Daraghmeh- the Director of Sports Facilities and the Head of the Palestinian Federation for Racquet Games, Mr. Naser AbuHabib- the Assistant Secretary-General of the Olympic Committee, Eng. Bara Asfour- the Assistant to the President, Dr. Saba’ Jarrar- the Dean of the Faculty of Sport Sciences, Mr. Fathi Imour- the PR Manager, Dr. AbdelRahman Nuerat- the Head of the Federation and Mr. Ya’qoub Al Issa- the Badminton Secretary General, the championship activities has concluded.

The presents praised AAUP for organizing the championship and welcoming the guests, and at the end of the final games, winners were given medals and cups for their success. 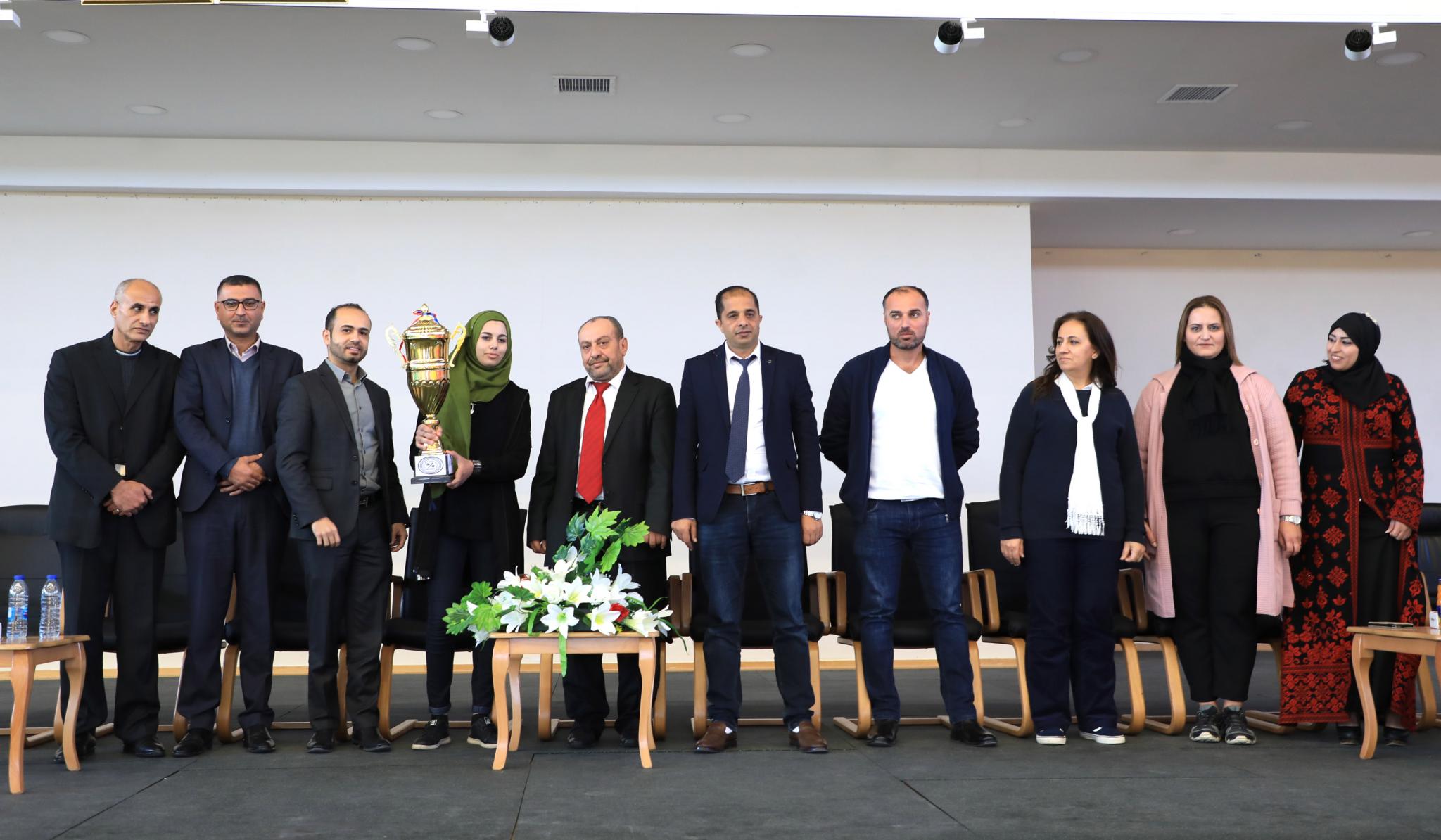