A Teacher at Anastasia Qarwani Language Center and a student at the Intercultural Communication and Literature Program at the University, has been nominated for the short listed tenth edition of the “Etisalat - Child Book” Award, one of the most prestigious awards for children's literature in the Arab world. 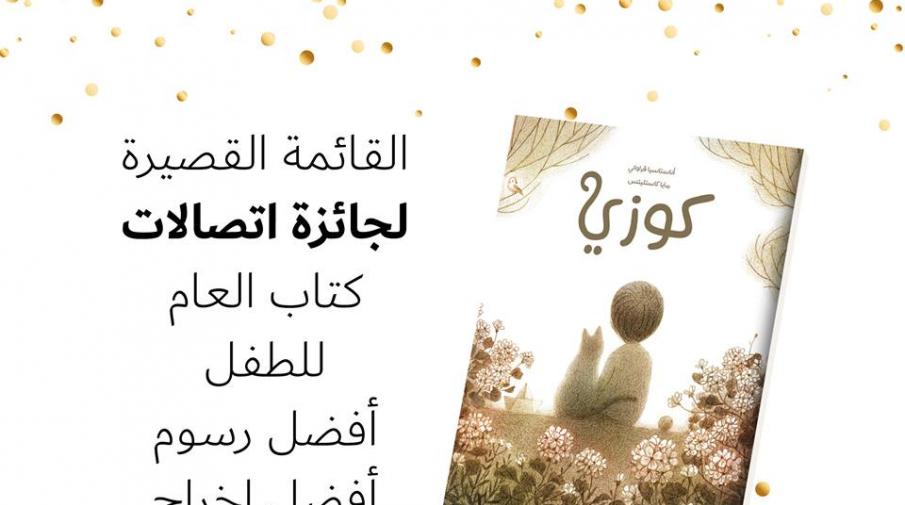 The story that was painted by the Slovenian artist Maya Castells, which its name was listed on the IBBY Global List of Children's Literature, competes within three categories: Children's Book of the Year, The best drawing category and the Best Output category.

The story, published by Dar Al Salwa in Jordan, addresses the idea of loss and separation in a child's life. Through the story of the child and his cat Cosi where he loses it. The book has been shortlisted within the four books of the largest award in the Arab world.

Anastasia Karawani is a children's literature writer and painter. She has published several works, such as Rehan and Jinnat al-Ghayyoum, which won the Al-Awda Award, the only prize awarded in the field of children's literature in Palestine. She is a graduate from Arab American University, where she studied English and translation at the undergraduate level.

The Etisalat - Child Book Award, is organized by the Emirates Council for Young People's Books sponsored by Etisalat, which is one of the most important awards for children's literature in the Arab world. The award is distributed as following: 300 thousand dirhams for the category of the Child Book Award, distributed for the publisher and the author and the painter, 100 thousand each, and 200 thousand for the category of the Youth  Book, distributed equally between the author and publisher, and 100 thousand for each of the book winners of the best text, best painting, output and the best interactive application book. In addition to (AED 300,000) to organize a series of workshops to build the capacities of Arab youth in writing and drawing, to discover and nurture the new generation of Arab talents in children's books field.