Researcher Mousa Amr Khalil – a student at the Master in Contemporary Public Relations Program in the Faculty of Graduate Studies in AAUP defended his thesis under the topic of “the US Usage of Strategic Political Communication via Twitter in Promoting the Deal of the Century”. 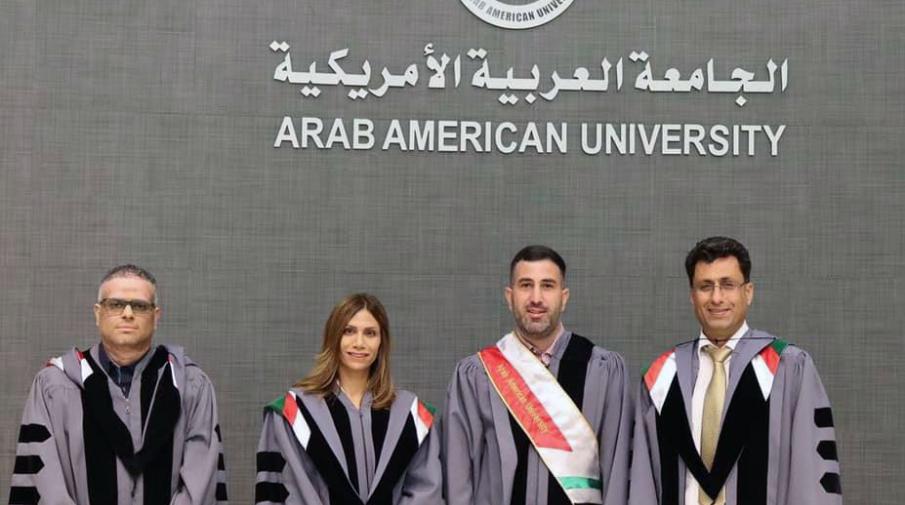 The study aimed to reveal the mechanisms that Donald Trump- the former US President used to make Twitter as the main strategic political communication tool to promote the deal of the century and the other agreements with the Arab countries. The researcher explained that Trump used Twitter to spot light on the convincing techniques, especially the ones related to the message specifications and the propaganda technology.

The researcher used quantitative and qualitative content analysis tool to the sample of 161 tweets from the former US administration and their representatives during the period of 1 Jan 2020 until 1 Jan 2021.

The results showed that most of the tweets used a one-way message aiming to gaining public support for the deal and normalization agreements. The analysis of the content showed that the messages usually used positive emotional ways instead of using evidences to promote the deals and the agreements.

Regarding the analysis of the message style, the analysis showed that the words loaded with emotions were used intensively to stir up emotions and the figurative speech style by connecting the unknown stuff with the known, and this made the impact on audience even stronger.

The study concluded that the US administration used 6 propaganda technologies in most of the tweets of the studied sample in order to promote the deal of the country though reflecting the positive image and the benefits and ignoring the negatives.

At the end of the discussion, the committee of Dr. Dalal Iriqat-  the student’s supervisor, Dr. Hussien Alahmad- the interior examiner and the external examiner Dr. Shadi Abu Ayyash decided to grant the student the masters’ degree. 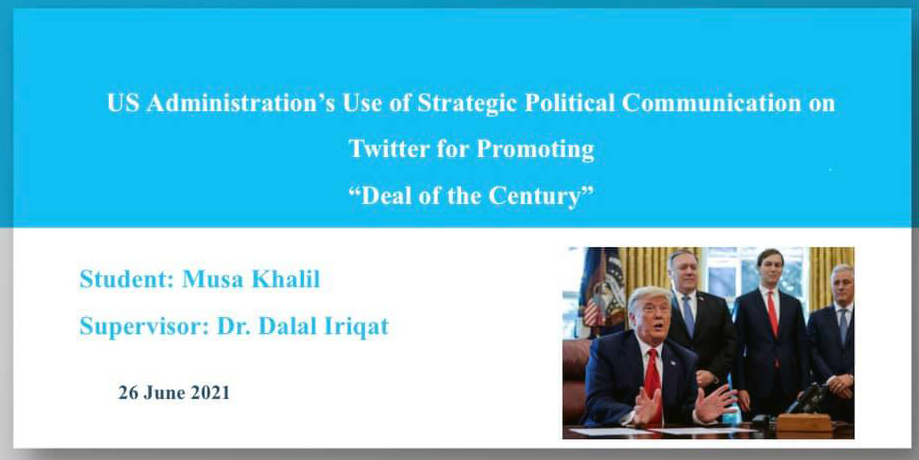