The University and the Palestinian Monetary Authority signed a joint cooperation agreement in scientific research specialized in economics, business and financial sciences, exchanging experiences and enhancing students’ skills, organizing seminars and awareness conferences in many areas of common interest. 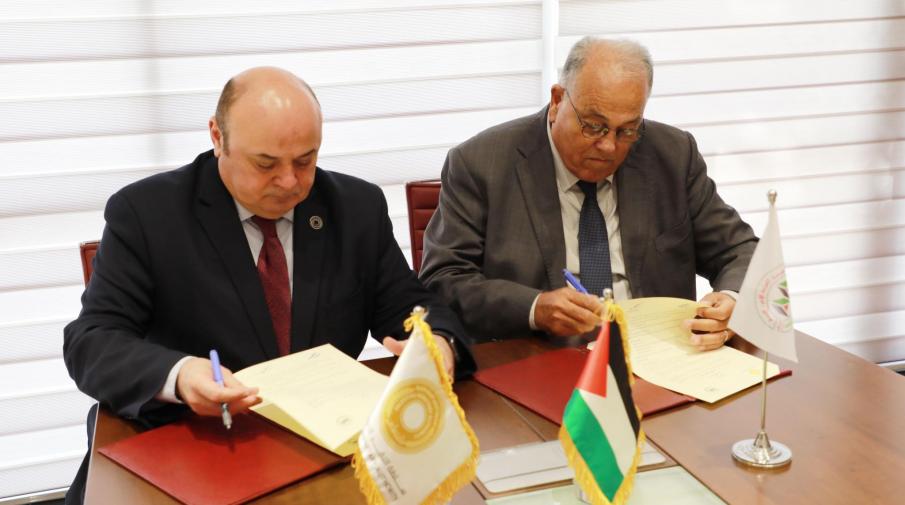 Part of signing the cooperation agreement

The agreement signed between the two sides deals with the cooperation in conducting joint scientific research in the fields of economics, business administration, financial sciences, banking, accounting sciences, financial and banking laws and regulations, and benefiting from the university library and its publications, books and scientific journals. Also training the students from economics, law and administration faculties, also the training will include students from graduate studies specialized in law and economics in the Monetary Authority and its various departments and on their policies and programs.

The agreement also includes scientific conferences and benefiting from the expertise of faculty members at the university, specialists and experts from the Monetary Authority, and teaching specific courses for university students according to the market needs to be agreed between the two parties to enhance the students’ skills. also organizing events aimed at empowering and strengthening the capacities of students and gain awareness in all new financial and banking culture updates and legislation governing them, and contribute to the implementation of the strategic objectives of financial coverage in accordance with the requirements of Palestinian universities.

The Governor of the Palestinian Monetary Authority expressed his pleasure signing the agreement and said: "This distinguished university has succeeded and achieved many achievements because it is always striving to develop and to take continuous steps forward. He also praised the efforts of university officials from the Board of Directors and the Presidency of the University. As he assured that the university is an example of success and uniqueness in the academic and scientific fields. "

He added that the Palestinian Monetary Authority is always seeking to communicate and cooperate with the Palestinian universities because it considers that the universities are privileged sites for positive change and awareness of the most important segment in Palestine, the youth sector, which will be entrusted with the task of building the country.

The Governor of the Monetary Authority took a tour around the University’s campus in Ramallah, where he was introduced to its facilities, clinics and Center for Specialized Dentistry and the pathological conditions that the Center deals with. He also praised the provision of free treatment services for the sick and dealing with different segments of society. 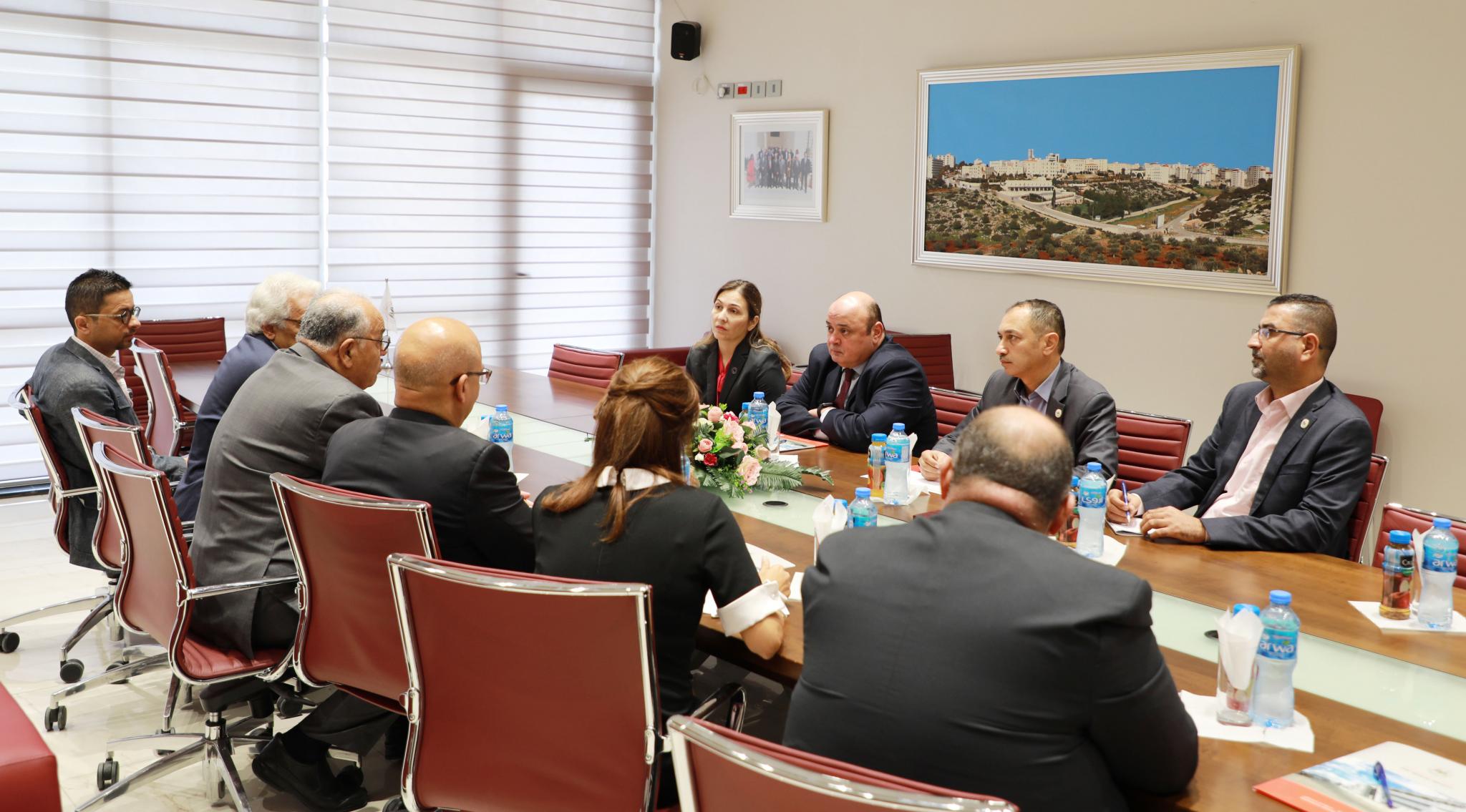 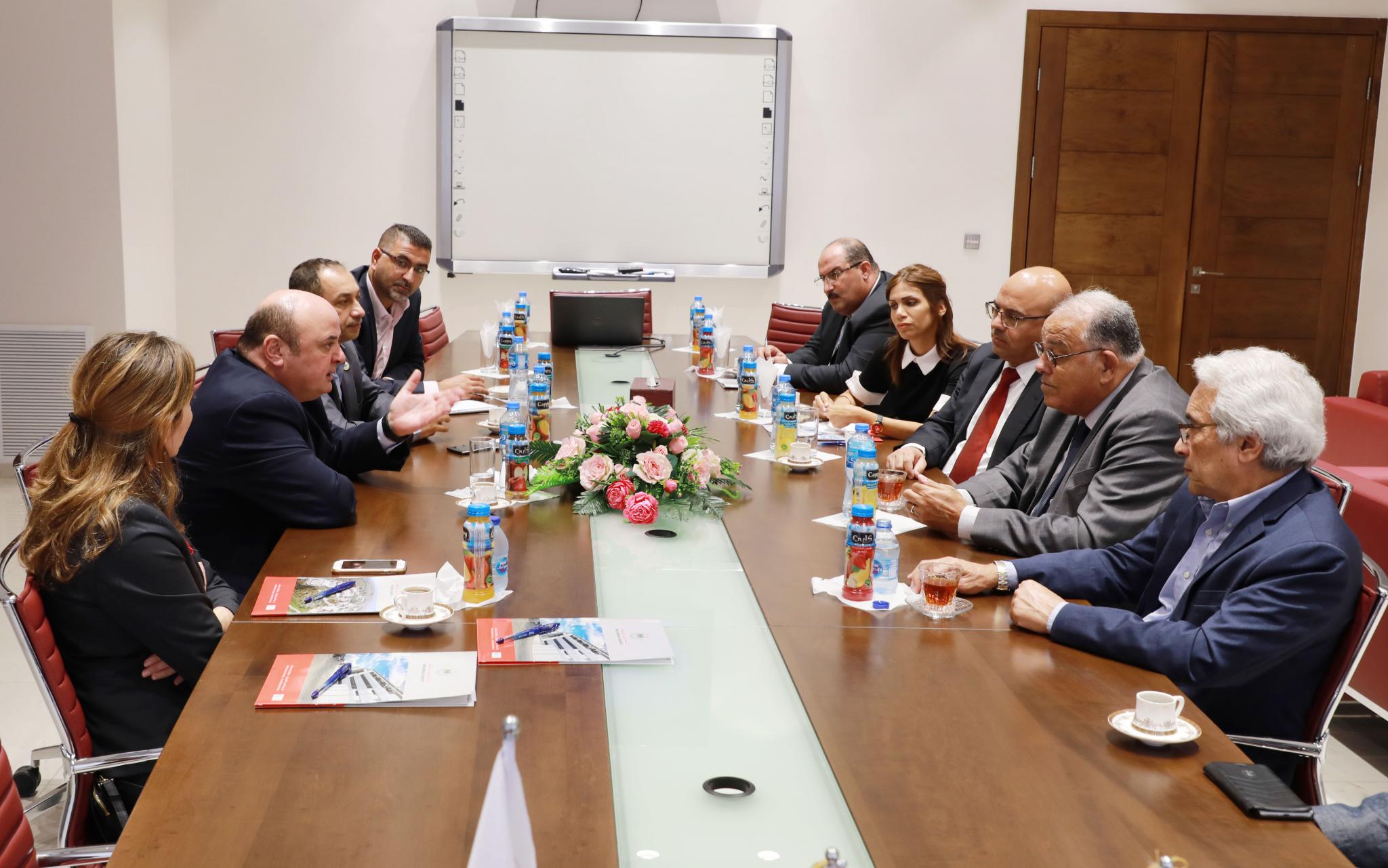 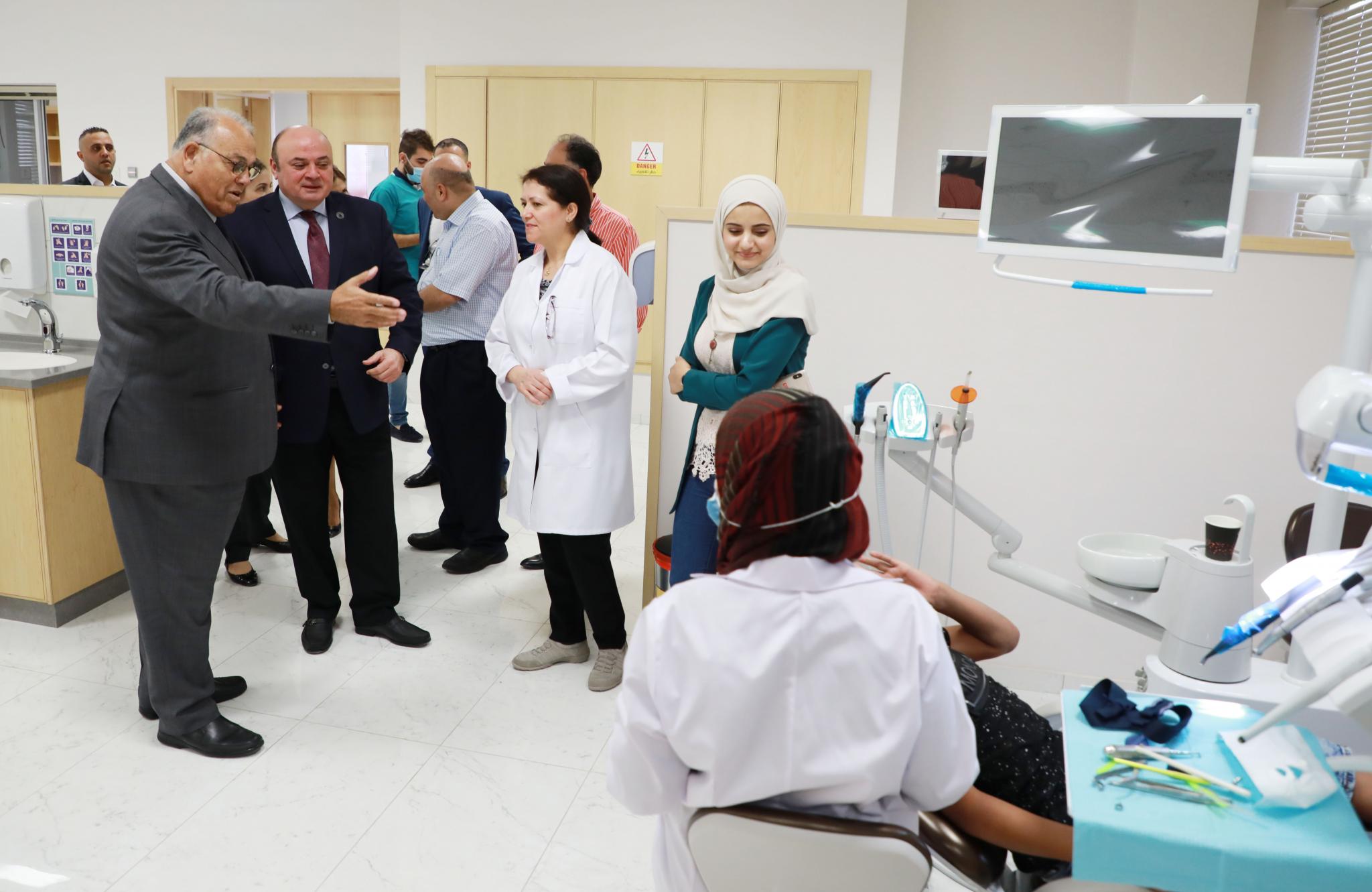