The competition opened by Faculty of Engineering and Information Technology Dean Dr. Mohammad Hamarsheh speech, in which he emphasized the university's keenness to embrace educational and scientific activities, support technological projects and empower this in the community, especially schools and universities students who are the backbone of the future. 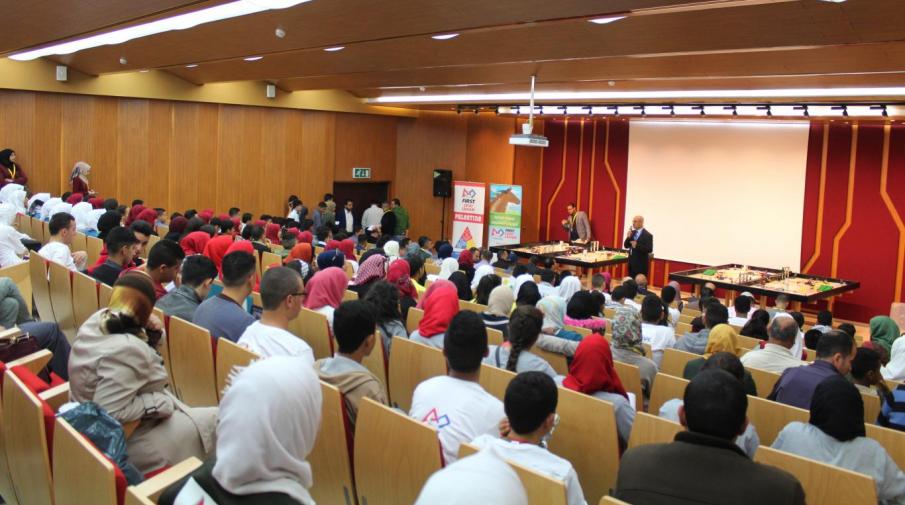 During the opening of the contest

Fikr Organization General Manager and the International Robotics Competition representative in Palestine Mohanad Omarieh thanked the University for hosting the competition for the second year in a row, wishing that participating students take advantage of their achievements in scientific and practical life, their strategic plan, and relations surrounding them and contribute to raise Palestine’s name high.

Pointing, this international competition held in more than 80 countries around the world and each year it deals with universal theme that concern humanity, for example last year’s title was Garbage’s Path, before that it was on the Future of Education, prior to that it was Solutions for the Elderly and this year’s title will be “Human-Animal Interaction”. Explaining, each team consists of 10 students between the age of 9 and 16 in addition to a supervisor and trainer, they have to complete the competition four stages; the project scientific research, design, robot programing and competence and one of the competition’s important values, team work.

Omarieh explained, the competition judges are faculty members of Arab American University, arbitrating four stages according to international standards they’ve been trained on before the competition, adding, the best teams in this competition will qualify to participate in the finals that will be held at Birzeit University on the 19th  of this month, several competitions where held starting at Palestine Polytechnic University in Hebron, the second held in Arab American University, and the third will be in the city of Ramallah. Adding, the winning teams, Palestine’s Champions, will be nominated to represent Palestine in international championships; European Open Robotic Championship, which will take place on June this year, if financial resources were available. 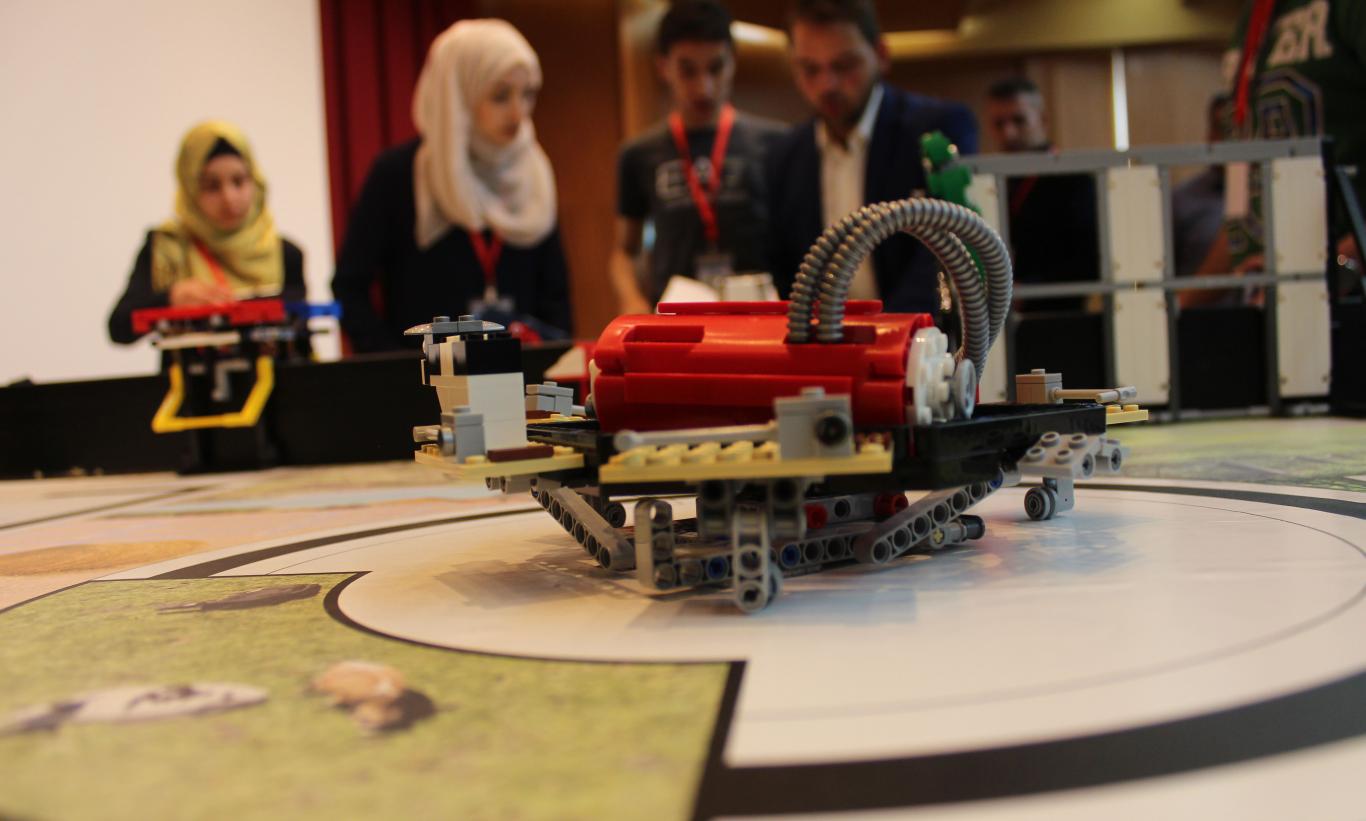 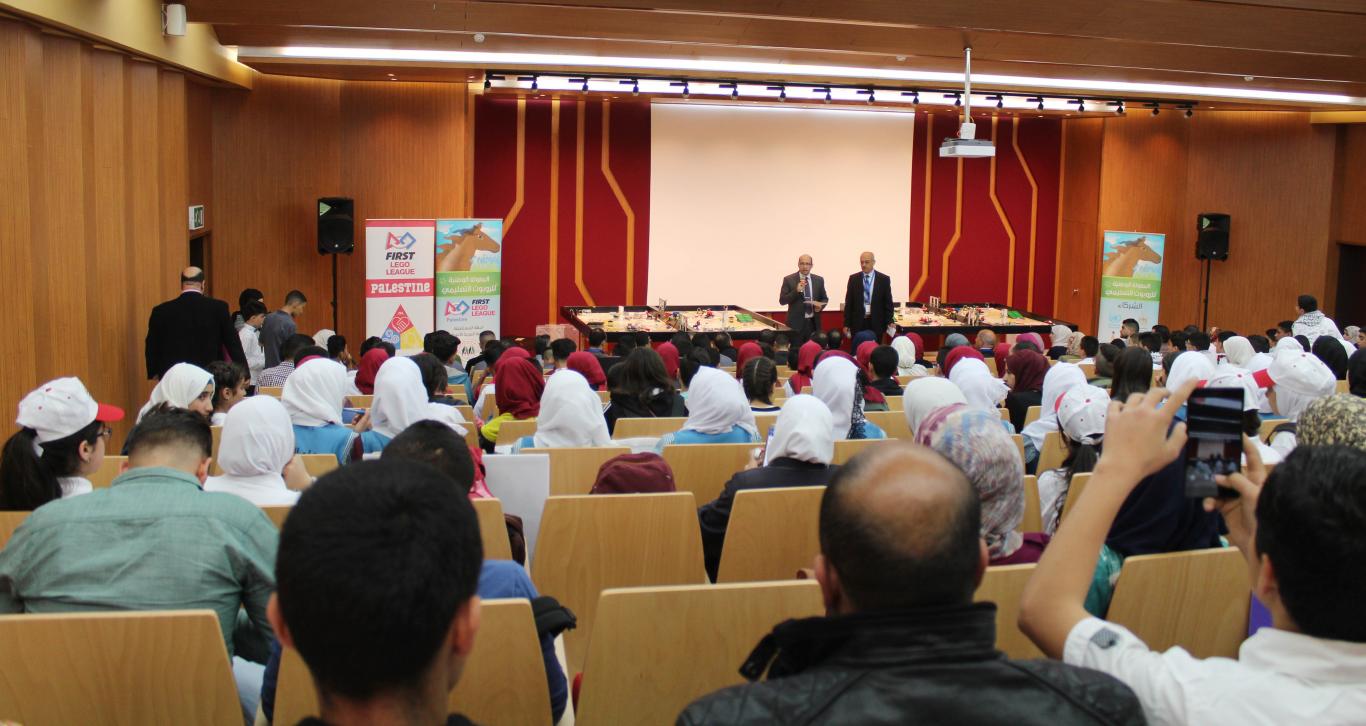 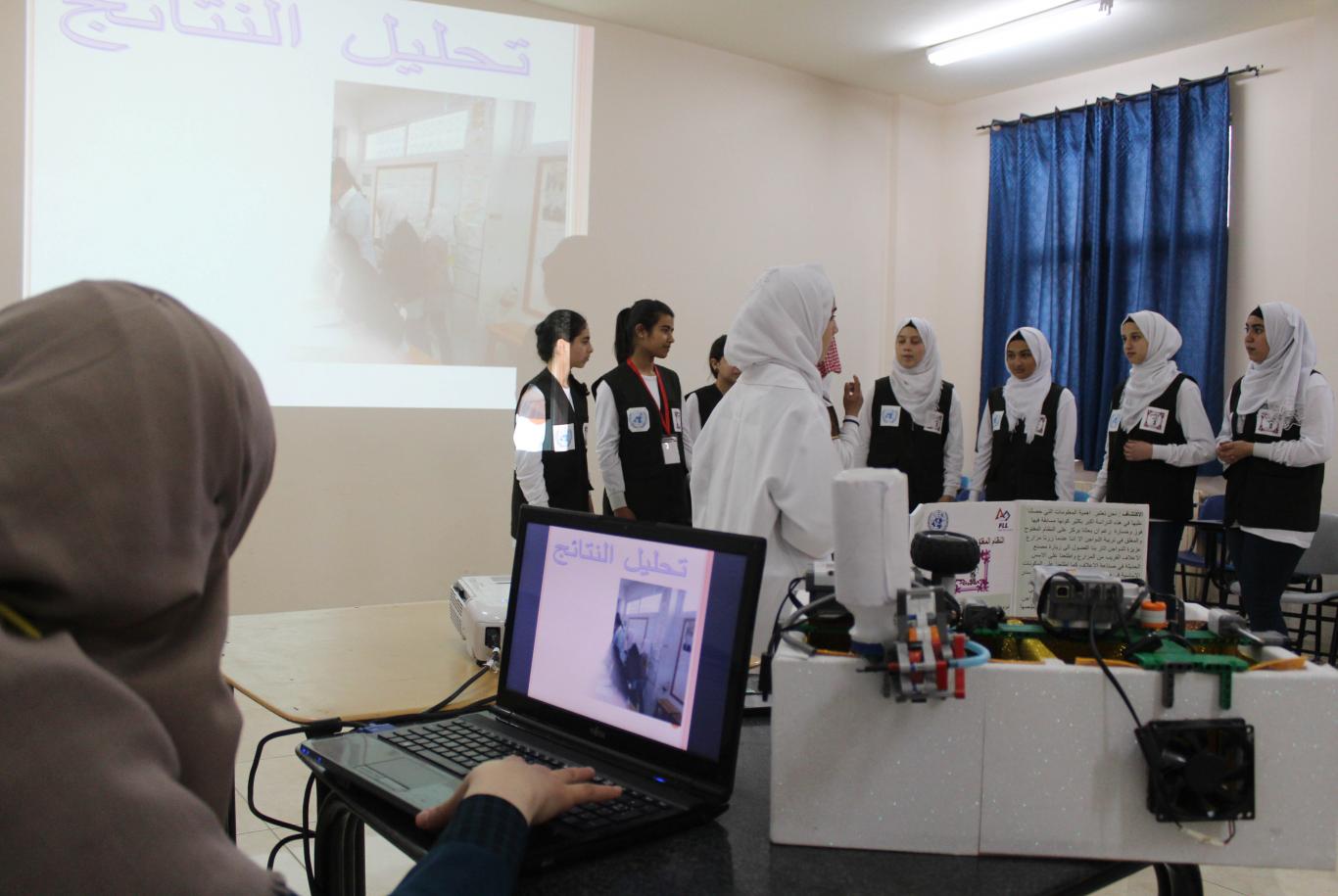 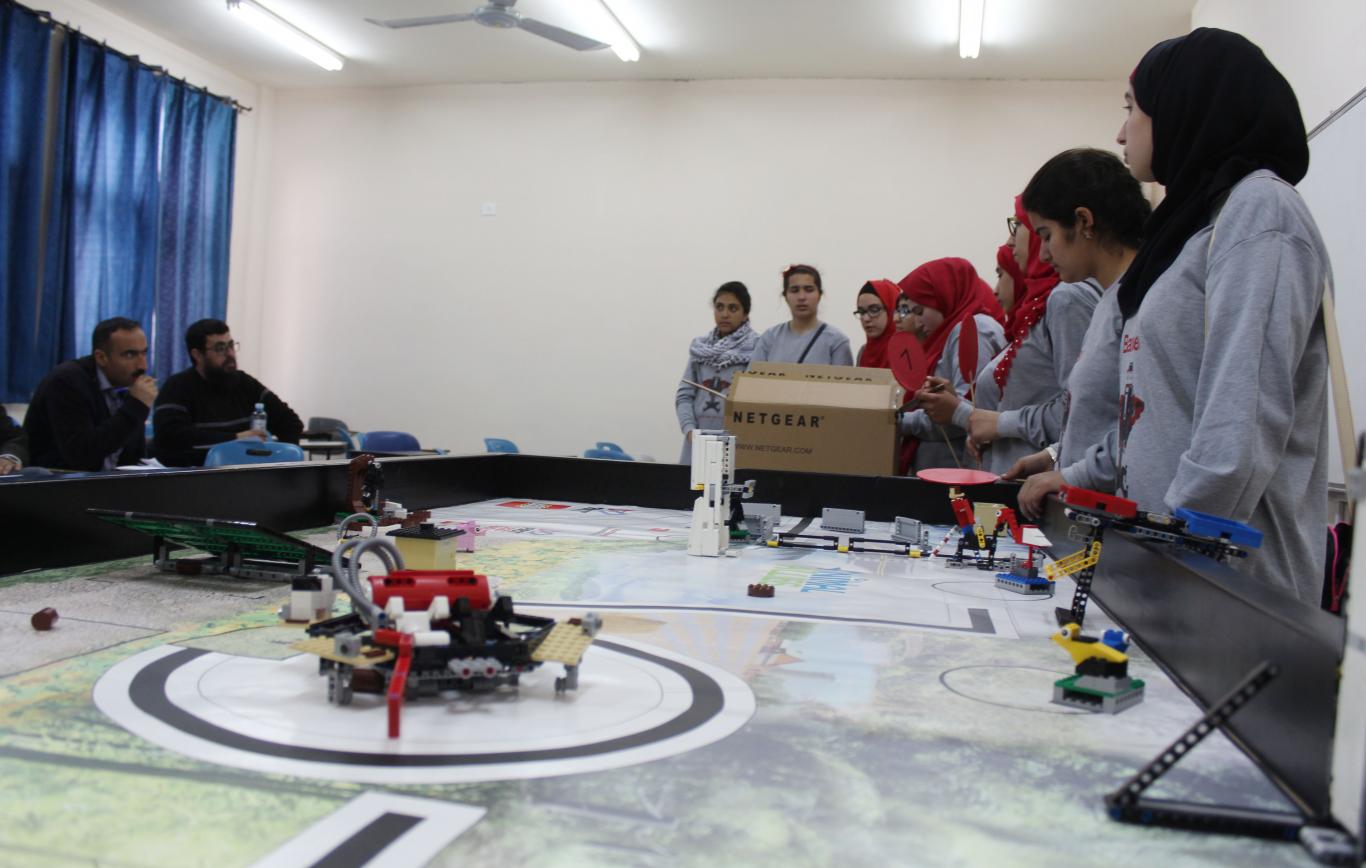 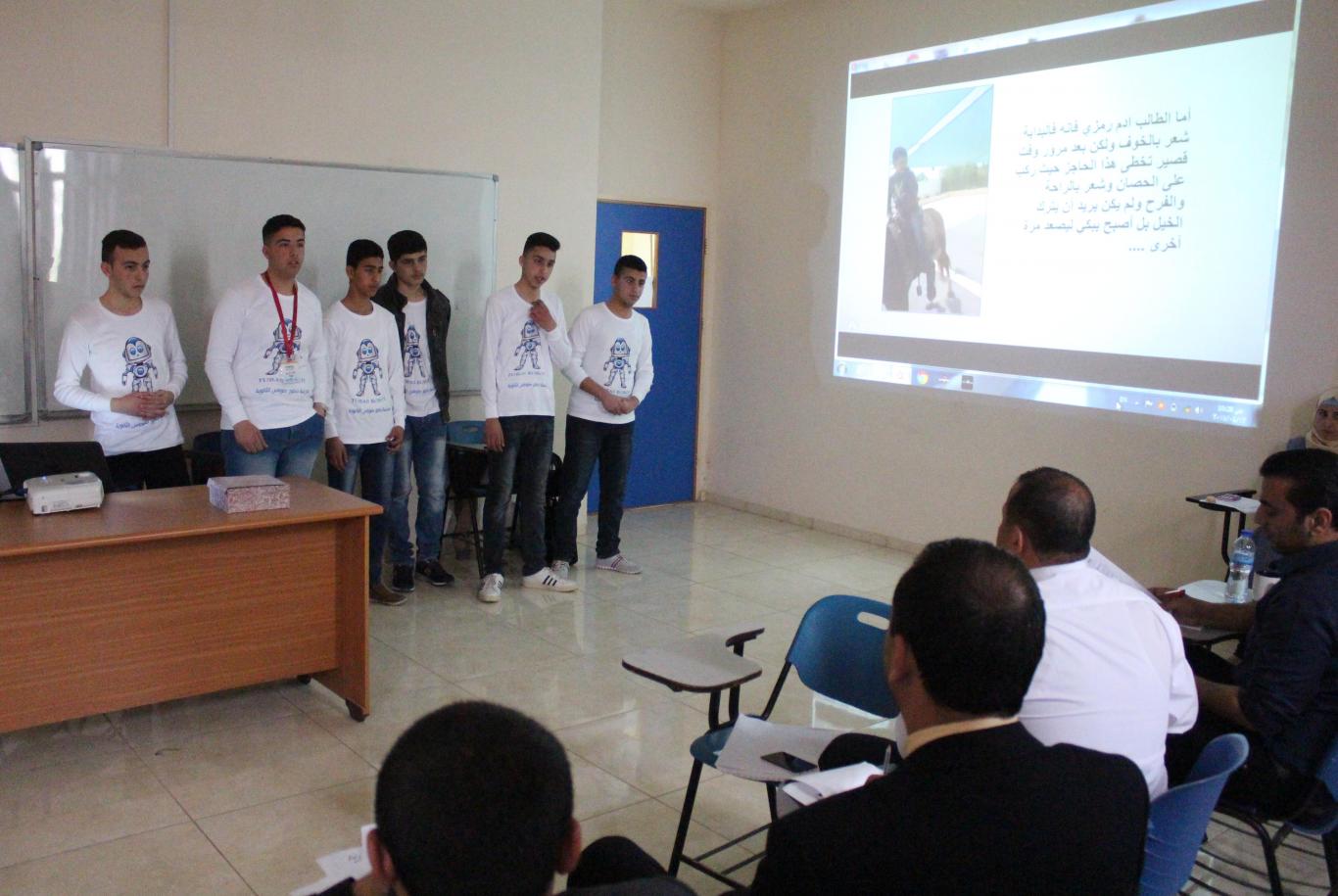