The Faculty of Arts at the Arab American University organized a literature meeting, in partnership with Youth Partnership Forum in Jenin, “Resistance Literature – Ghassan Kanafani as Example.” 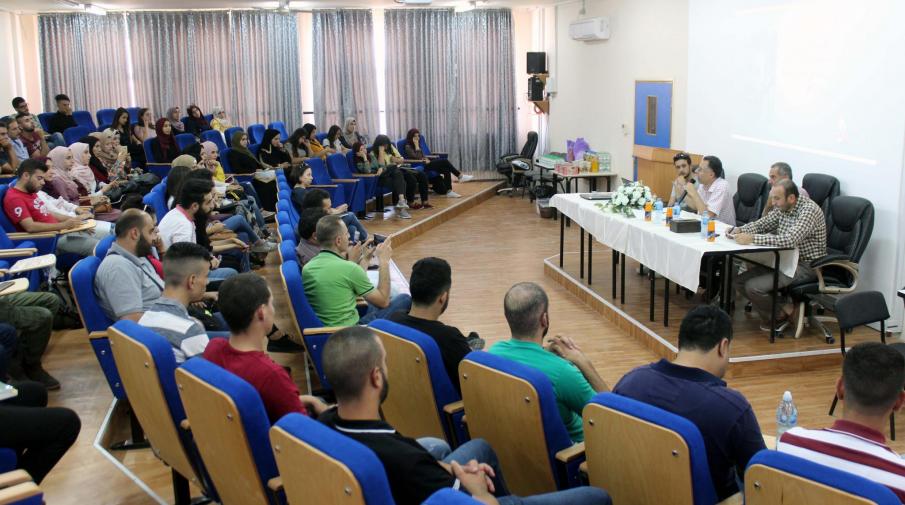 In the presence of; head of the Arabic Language and Media Department at the University Dr. Mohammed Abu Al-Rob, lecturer at the Faculty of Arts Prof. Dr. Mohamed Dwabsha, lecturer at the Media department Mr. Saed Abu Mualla, representative of the Youth Partnership Forum Mustafa Shita, and a number of the university students.

The meeting was started by Dr. Abu Al-Rob, who welcomed the audience and stressed its importance which speaks of a writer and a journalist that document the case history, he made a significant change in Arab literature in general and the Palestinian in particular, and his works translated to more than one language.

The representative of the Youth Partnership Forum, Mustafa Shita, thanked the Arab American University for its cooperation, noting that the meeting had several objectives, notably the need to pay attention to a Palestinian writer. Also, raising the general national awareness of youths, especially in the university, which had an impact on motivating and lifting the role they are assigned to nationally in the future.

During the meeting, the lecturer at the Faculty of Arts Prof. Dr. Mohamed Dwabsha, presented a research paper entitled “Creativity in Ghassan Kanafani Literature”. While the lecturer in the Media department Mr. Saed Abu Mualla, presented a paper entitled “Three Signs in the Martyr Ghassan Kanafani Experience: The Revolutionary Papers, The Nickname, The Irony/ Comedy.”