The President of Arab American University, Prof. Ali Zidan Abu Zuhri, welcomed the President of the Constitutional Court, Prof. Dr. Mohammad Al-Haj Qassem, who was hosted at a lecture organized by the Faculty of Law entitled "Characteristics and Features of the Democratic Constitution".

Prof. Abu Zuhri, Present of the University presented an overall presentation about the university's achievements, especially in academic levels, where programs are developed for bachelor's, master's and doctorate degrees according to the needs of labor market, as he assured the importance of the Constitutional Court and praising the role played by the court.

Professor Qassim assured the importance of teaching the constitution in Palestinian universities, and that this is not limited to theories, but must apply the general theory of the Constitution.

At the end of the lecture, questions and inquiries were opened by students and members of the Faculty of Law. 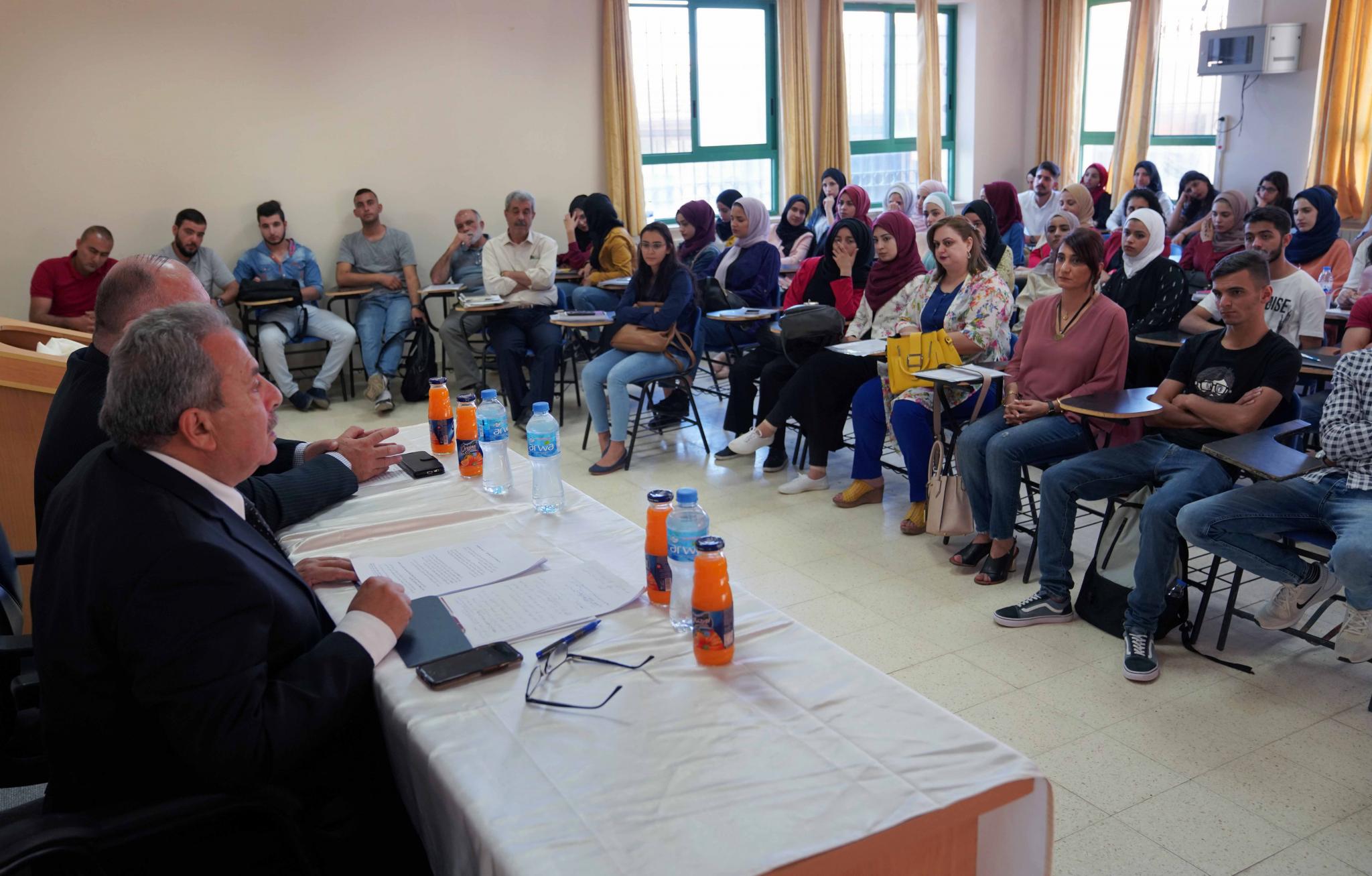