The University and the Palestinian Medical Relief Society organized an awareness- workshop on the annual detection of breast cancer, entitled "Check Now, hope and Safety" in cooperation with Al-Matala Hospital. 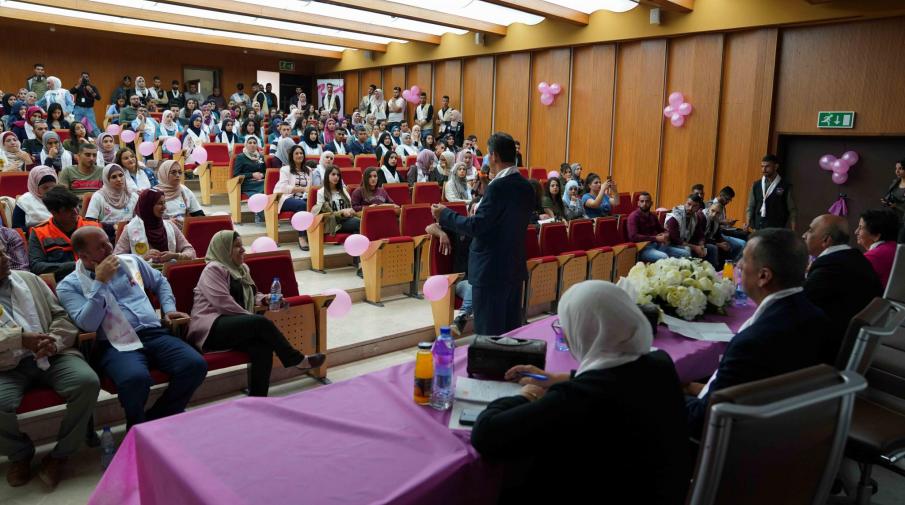 Part of the Workshop

The Dean of the Faculties of Allied Medical Sciences and Nursing, Dr. Mohammed Asia, attended the workshop along with the Director of the Palestinian Medical Relief Society in Jenin, Jamil Al-Hamad, the representative of Al-Mutala hospital in Jerusalem Dr. Ahmed Abu Halawa, and the Director of Women's Health Programs in Medical Relief Dr. Khadija Jarrar.

The activities were launched by a marching show involving the Zababda marching team, which toured around the university. Where banners were raised emphasize the need to check and detect earlier breast cancer.

Dean of the Faculties of Allied Medical Sciences and Nursing, Prof. Dr. Mohammed Asia opened the workshop and welcomed the audience and praised the role of the Palestinian Medical Relief Society for raising the awareness of the local community about the necessity of earlier detection to prevent the disease from exposing and killing women. He pointed out that the Arab American University for three years it has been raising the awareness of the local community in partnership with a number of institutions for earlier detection.

He explained that if the disease is detected early, the chance of recovery is 90%, indicating that the disease not only affects women but also affects men, and they have to check, especially if they discovered side effects.

the director of the Palestinian Medical Relief Society in Jenin, Jamil Al-Hamad, thanked Arab American University for its interest regarding issues related to the local community, praising its role in partnering with private institutions in launching awareness campaigns. He also referred to the activities and campaigns carried out by the Medical Relief Society to prevent all kinds of diseases

He pointed out that October is called the pink month, where this month is known to prevent breast cancer spreading in the world, which Palestine has its share from this disease, knowing that this disease is a major cause of women’s death when early detection is not done, therefore it is worth the efforts of each Institutions to face this disease.

The representative of Al-Mutala hospital Dr. Ahmed Abu Halawa informed the importance of detection and awareness of breast cancer due to its large effect and cause in human’s bodies, especially women, noting that the community needs a community program for early detection of the disease, where only few women are doing the mammography examination due to their non-consciousness and their shyness and lack of understanding that woman are highly exposed to the disease.

The Director of the Women's Health Program at the Palestinian Medical Relief Society, Dr. Khadija Jarrar, presented the mechanism prevention from breast cancer and its symptoms.

During the workshop, a short film about how cancer detection is done was presented, also a radiographic imaging device was provided to examine a number of women who wanted to do breast detection with collaboration of Al-Mutala hospital. 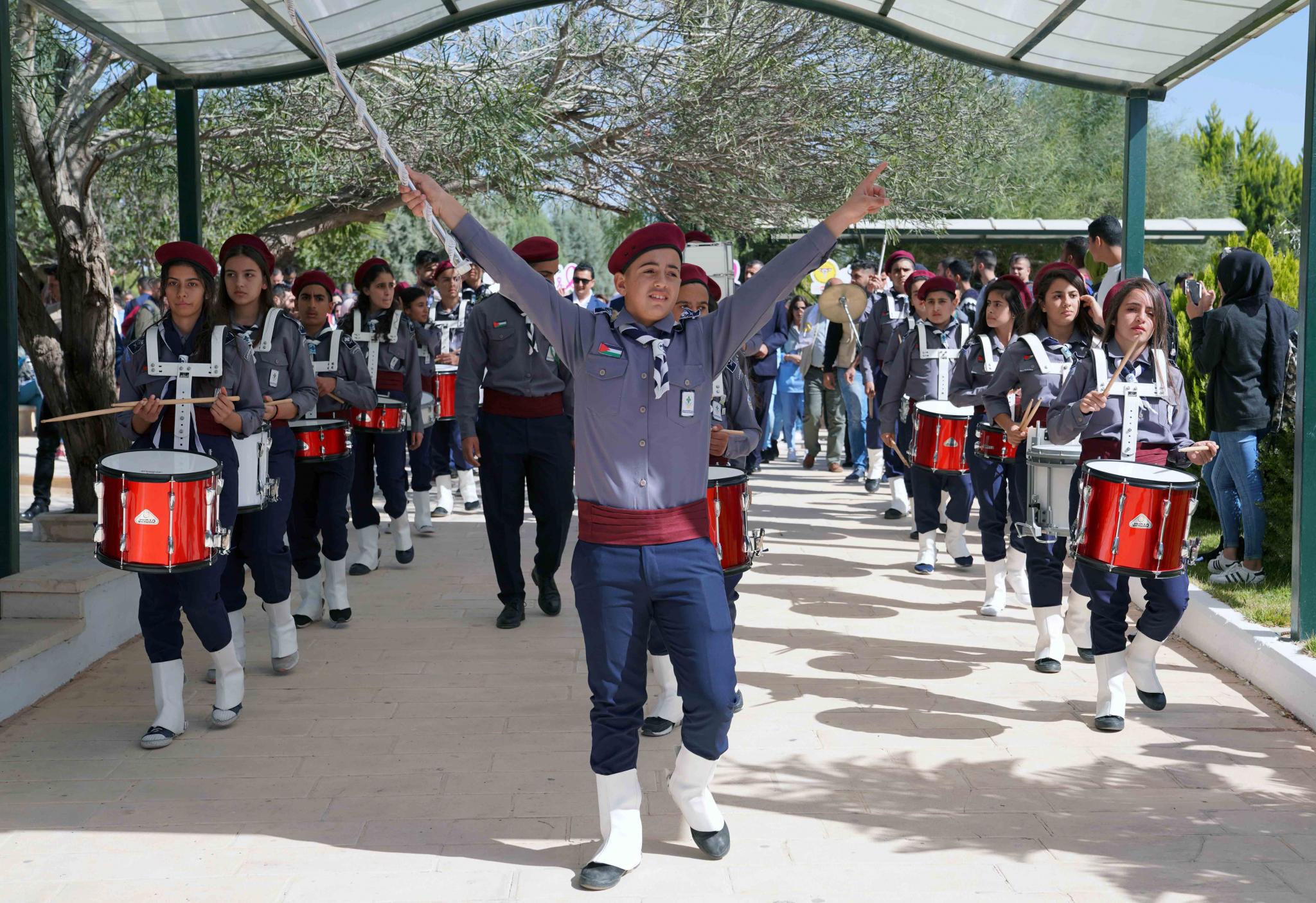 The Faculty of Allied Medical Sciences in AAUP Organizes an Open Day for Speech, Language and Hearing Disorders
30 Mar 2022
END_OF_DOCUMENT_TOKEN_TO_BE_REPLACED