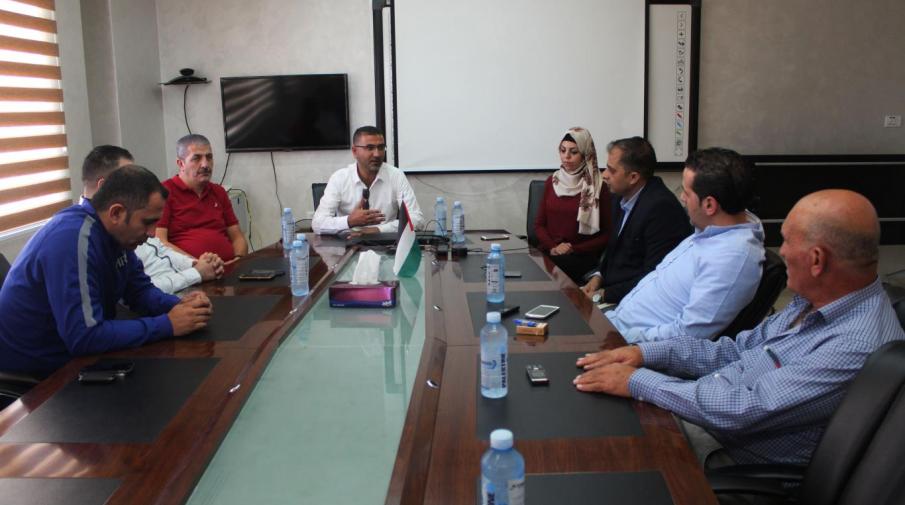 Amour, Public Relations Director, welcomed the visiting delegation and gave a detailed explanation of the university, its colleges and academic programs. He added, the university always strive to develop, including developing its sports facilities to become integrated sports village after completing a semi-Olympic pool. Explaining, this village establishment has two goals; serving students specializing in sports science and contribute to promotion and support Palestinian sports. This village opens its doors to the association to organize matches both locally and internationally.

In turn, Head of the Palestinian Football Association Bureau and Marketing praised the Arab American University role in supporting Palestinian sports. Pointing, the association deals with it as a partner. He expressed the association readiness to provide everything needed to support the university in sports.

By the end, the delegation checked the university international stadium and other sports facilities.