The College of Nursing at the Arab American University organized a workshop which targeted the coaches for the students specializing in hospitals and medical centers in order to discuss mechanisms of training and to learn about the educational systems in the specialty.  The workshop took place in the presence of the Vice President for Training Affairs Dr. Nizam Diab, and the dean of the faculties of nursing and supportive medical sciences Prof. Dr. Mohammed Asia, and the training official at the General Directorate of Nursing at the Ministry of Health Professor Ayman ‘Enaya. 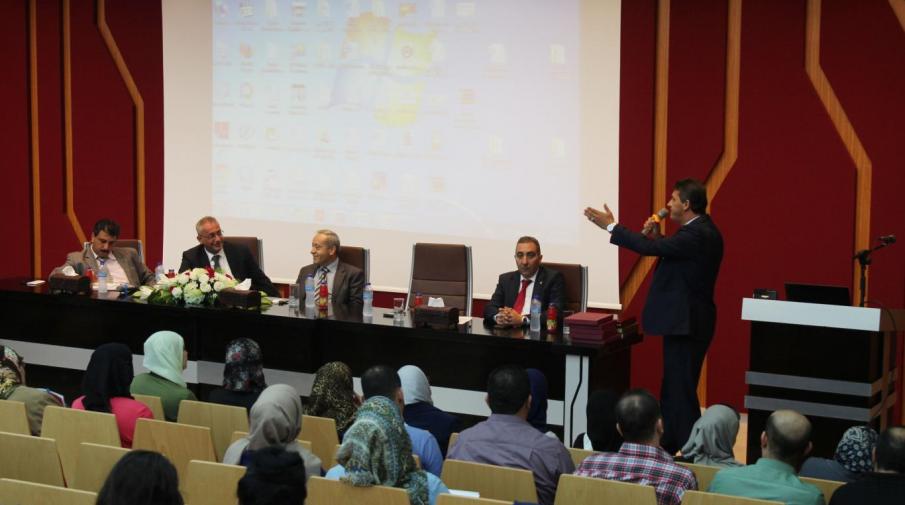 The workshop was opened by Dr. Diab conveying the greetings of University President Prof. Dr. Ali Zeidan Abu Zuhri, and he noted that the university is moving toward medical specialties, and this is evident through the development of new disciplines, and through transforming the Department of Nursing to a College.  As well as the university is working to obtain the international quality certificate to the Nursing College to become comparable to other international universities, in addition to other achievements by the university.  He clarified that the university is concerned with training matters for its absolute belief in the importance of this important aspect in parallel with the academic process.  He praised the role of coaches who carry a great responsibility, since they are part of this great scientific edifice.

While, Dr. Mohammed Asia stressed on the importance of the coaches’ role in creating professional nurses, and he indicated that the training process which depends on coaches is considered 60% of the academic program at the College of Nursing.  He also mentioned the specifications of the coach who should be typical according to international standards, is characterized by benign ethic, scientifically versed to be able to answer students’ questions and inquiries, in addition to acquiring communication skills, and to be neat and has the ability to effectively manage the training.  Also he noted that the coach should deal well with patients and must comprehend the reason of their presence at the hospitals and medical centers.  He then gave some guidance to the coaches and the trainees, assuring that the aim of this meeting was to give greater momentum and better quality to the educational process and the practical training.

For his part, the representative of the Ministry of Health Professor Ayman ‘Enaya assured the importance of training and continuous communication to create generations able to carry the Nursing message of tenderness and excellence, noting that the role of the Ministry of Health is to facilitate the task of coaches and to find places for training in hospitals.  He praised the role of the Arab American University which has a significant imprint in the country, noting that graduates of the Nursing College who work in hospitals and medical centers affiliated to the ministry proved their distinctiveness through their work.  Then he mentioned the laws and regulations that must be followed during the training process in government hospitals and medical centers.

At the end of the opening session the coaches who have distinguished themselves in previous trainings were honored.  Then scientific sessions followed. 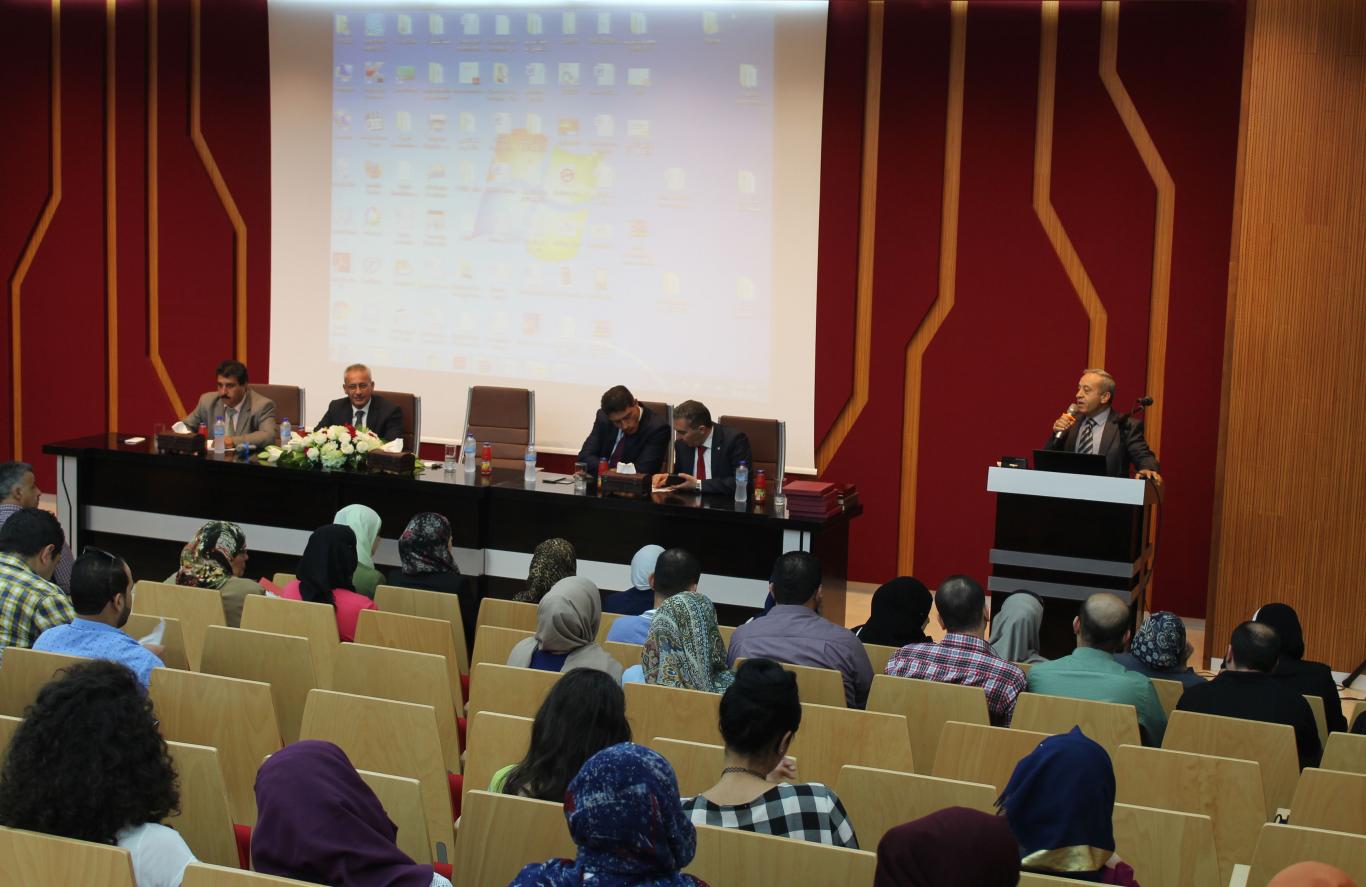 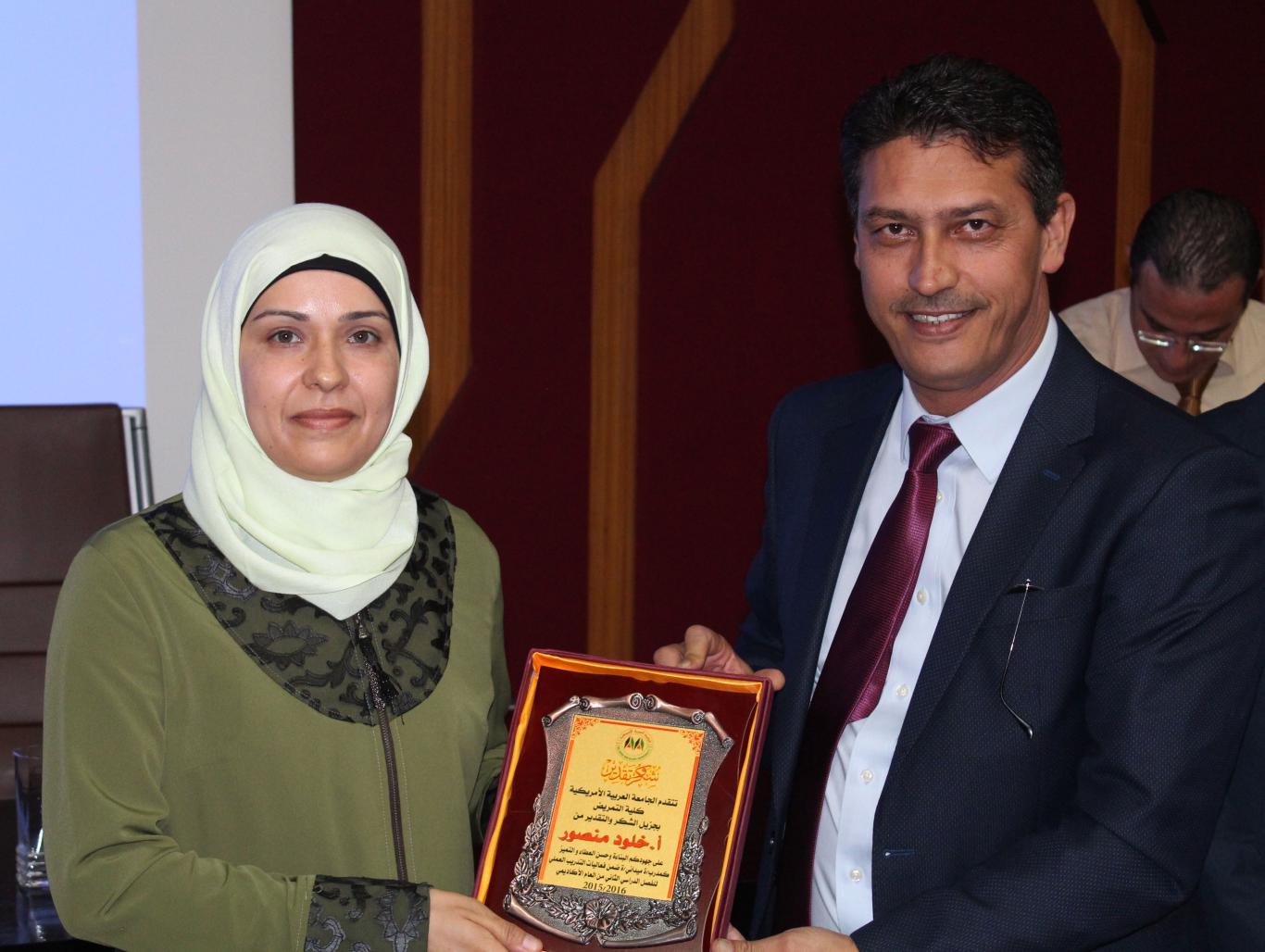