The Hassib Sabbagh IT Center for Excellence at Arab American University the ceremony for finishing the program "Enhancing the Skills of Leading Girls and strengthening their Economic Opportunities", which was implemented in cooperation with INJAZ institution, the Canadian government and the Ministry of Education. 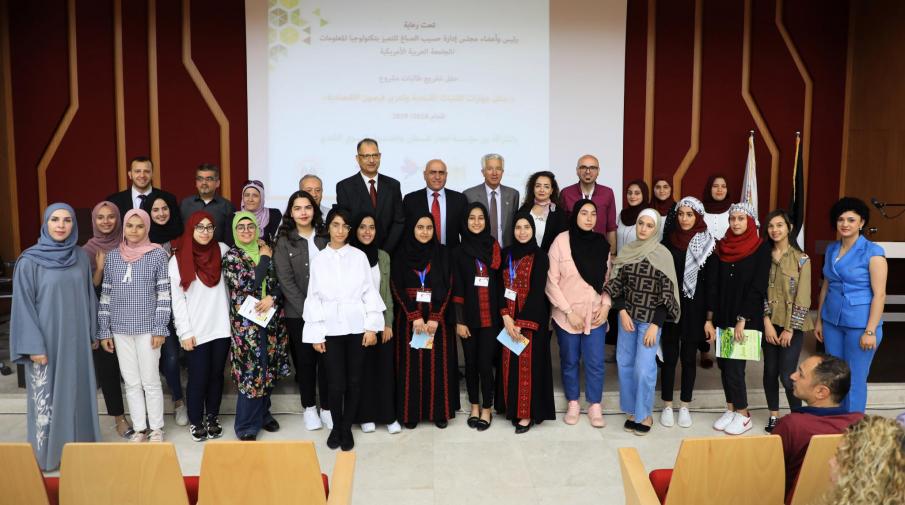 The aim of this competition was to focus on the leadership skills of the students and to empower them, in order to develop their entrepreneurial abilities and have the ability to choose the right career path, thus enhancing economic opportunities and helping them to integrate in the labor market.

The Governor of Jenin, Major Akram Rajoub attended the ceremony, along with the Vice President for Training Affairs Dr. Nizam Dhiab, the Chairman of the Board of Directors of Injaz Palestine Mr. Bassam Wlwail, the General Managerof INJAZ Mrs. Rania Qtyineh, and the board of directors of the center Mr. Mohannad Hejawi. Along with representatives of the Directorate of Education in Jenin and Qabatiya, the principals of the participating schools, representatives of civil society institutions, governmental and official institutions and 200 students from schools participating the competition.

During the ceremony, a number of speeches were made, praising the initiatives presented by the school teams. The organizers of this program spoke about its importance and its role in enhancing the leadership capacities of girls in schools, empowering them to innovate, and express their potentials through creating pioneering ideas and initiatives for community service. In many vital areas.

The attendees also stressed the importance of the University and Hassib Sabbagh IT Center for Excellence and their role gathering the creative young people from local community, university students and school students.

Where the school teams presented a summary of their community initiative infront of a judging committee that included Ms. Wafaa Hamdan, Mr. Sami Awad and Eng. Ahmed Fuad. The Committee announced the winner which was the initiative (from each other and for each other) from Zahra Secondary School Girls – Literary branch, where they came in as first place for the second semester of the academic year 2018/2019. 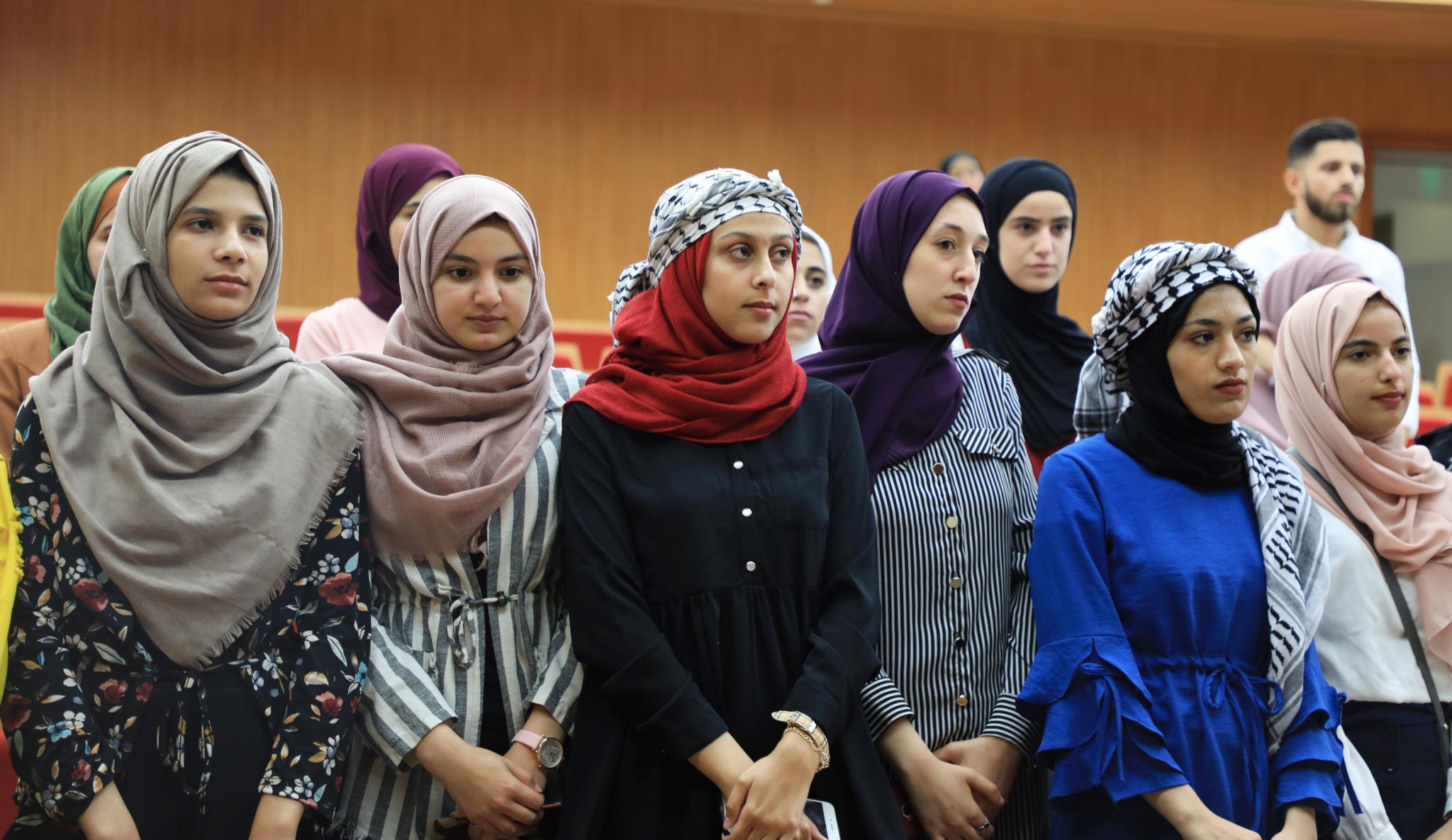 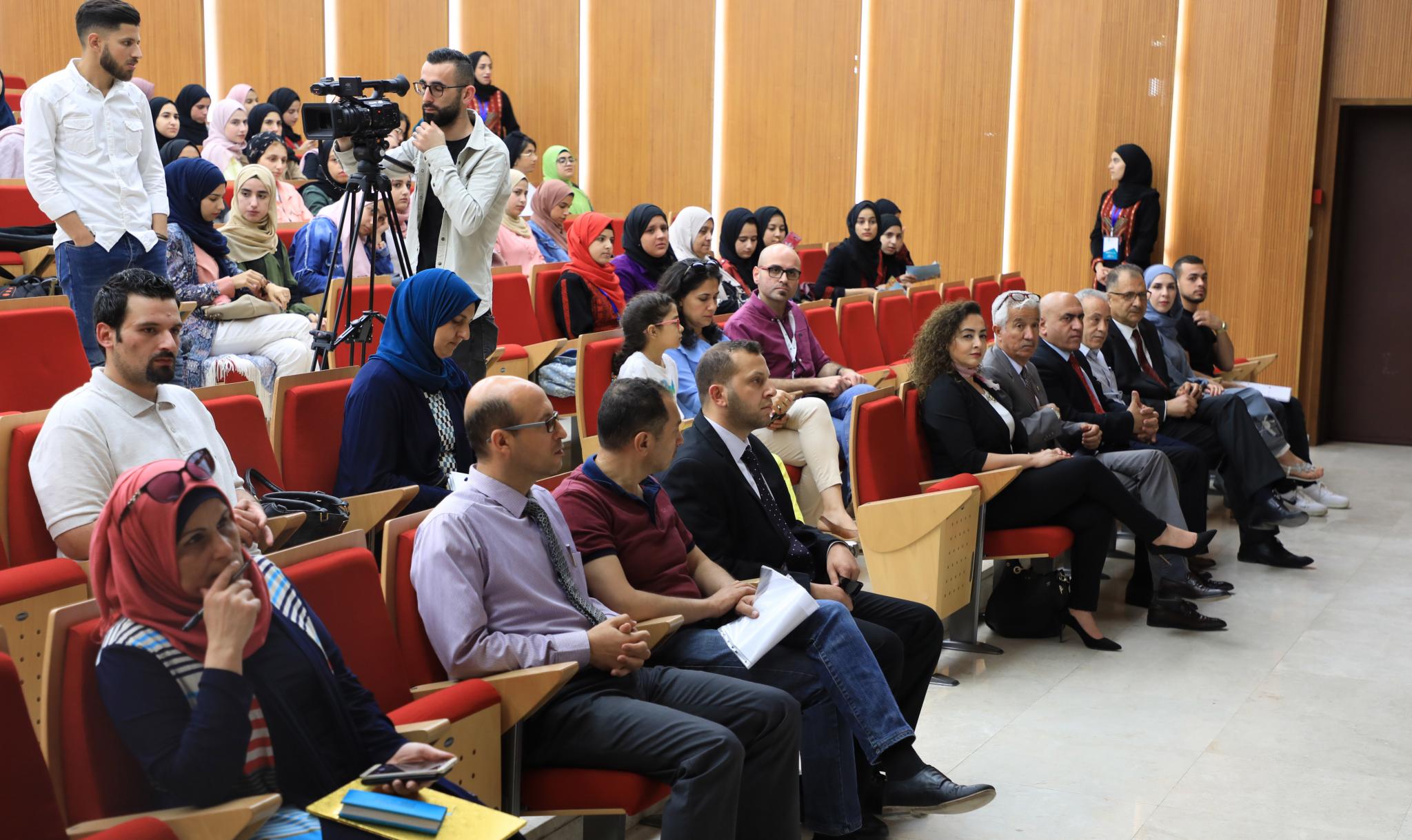 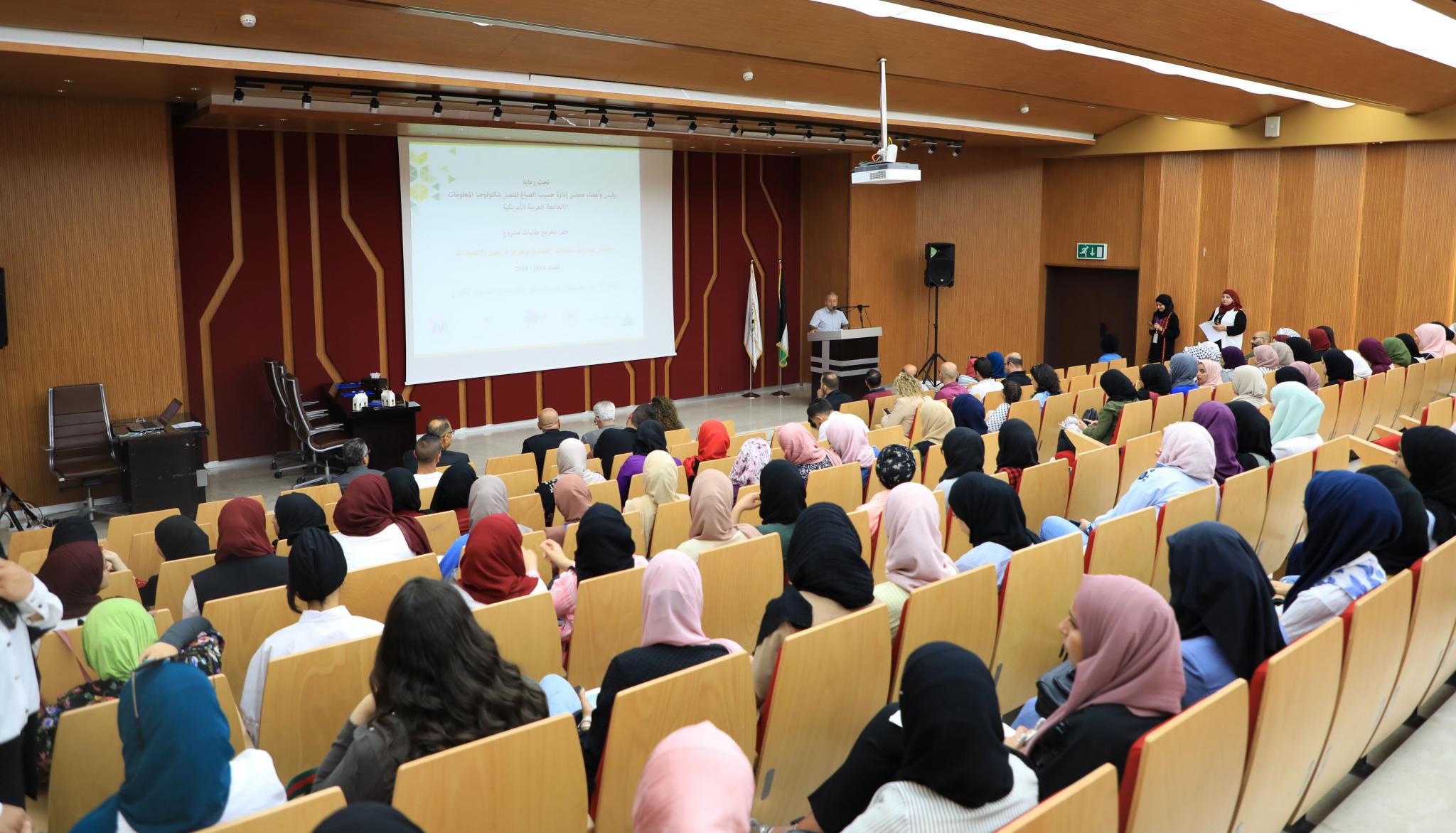